On the Orient Express 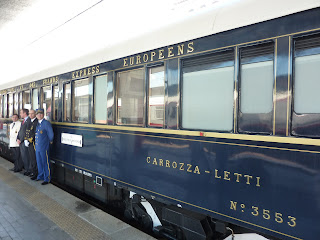 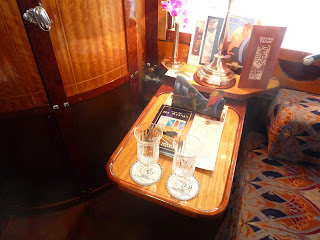 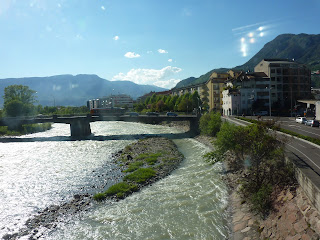 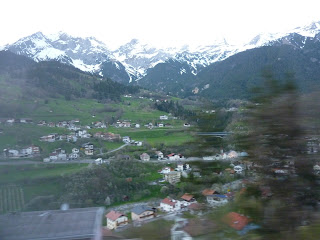 Last Wednesday morning, I embarked on one of those trips of a lifetime, travelling on the Orient Express from Venice, arriving back in London on Thursday evening. This was a long-held ambition, inspired originally of course by the classic Christie novel, and given fresh impetus by a work colleague who did the trip a while back and recommended it to me.

There was no murder on the Orient Express last week, I'm glad to say (though some emergency stops early in the trip did make me wonder if something strange was going on - "Italian drivers!" laughed one of the waiters as he did a bit of unintended juggling with the plates.) But the train lived up to its reputation for luxury and atmosphere, and the timing and route of this particular journey made it possible to enjoy some varied and wonderful scenery, above all in Switzerland.

In preparing for the trip, I'd read The 8.55 to Baghdad, by Andrew Eames, which traces Christie's first trip to Ur, and includes a section on the Orient Express. It's a very good book, and Eames clearly had great admiration for Christie's fortitude in making such a long journey on her own, especially as, once she left the great train, things got rather more challenging for her as she made her way to the dig run by Leonard Woolley, whose weird wife was later turned by Christie into a character in Murder in Mesopotamia.

The train ran as far as Calais, and after getting through the Channel Tunnel, the last leg of our journey was by British Pullman. Again, very swish with lots of food and drink. I've seldom experienced this kind of luxury living, and although it was for less than forty-eight hours from start to finish, it was truly memorable. 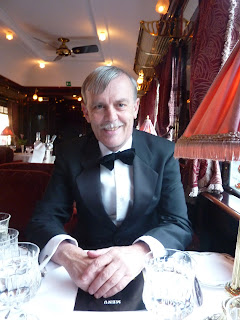 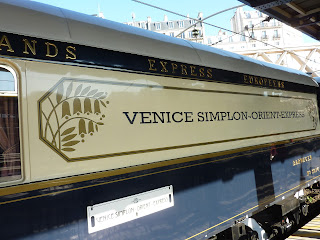 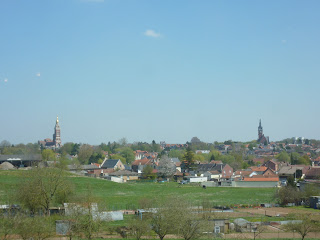 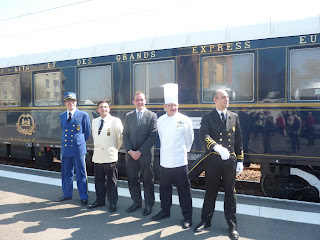 The stay in Venice beforehand was also brief, but it's a city I could never tire of, and tomorrow my post will focus on a truly extraordinary book "experience" during my visit- nothing to do with my Venetian story "The Bookbinder's Apprentice", mind you!

Martin - Oh, how lucky you are to have taken that trip! I'm so glad for you. Thanks for sharing the 'photos.

Very fortunate, that's for sure! Thanks as always, Margot.

This is a dream trip of mine as well. My parents did it back in the 1980s. It was the very first of many international trips they took once my father retired. He said it would be very hard to top it and I believe it was their favorite of all the trips they took. He later gave me the souvenir dressing gown all the passengers received as part of the luxury package deal. And I still have it.