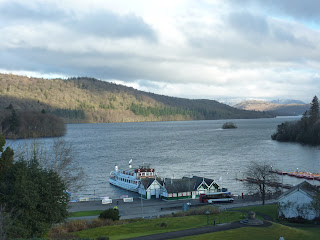 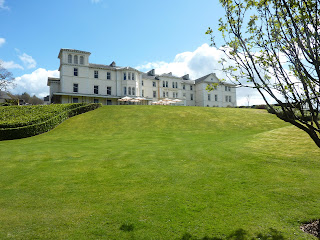 The Crime Writers' Association held its annual conference for members at the Belsfield Hotel, overlooking Windermere, last week-end. Brilliantly organised by Diane Janes, it ranks as one of the best I've ever attended, and I've been to most of the CWA conferences that have been held in the past twenty-five years. There was a definite feelgood factor about the whole experience. The conference is open to members and their guests, rather than the general reading public, as with Crimefest. If you are eligible to join the CWA, whether or not based in Britain, and whether as a writer or associate member, then I do hope you'll consider it. Apart from the conference, the CWA offers many benefits, and that helps to explain why membership numbers are rising sharply - something that is, I think, very good news.

We began on Friday afternoon with a boat trip on the lake, which was great fun. Three speakers were lined up for Saturday morning, and in fact I was the first of them, with a talk on Golden Age detective fiction. I wasn't quite sure how a group of 21st century writers would react to this particular subject, but the feedback was very positive - a big relief, to put it mildly. It is much harder in my experience to give a talk to friends and colleagues rather than a group of strangers, because you really don't want to feel you have disappointed people you know and like. Sometimes this kind of anxiety, needless or otherwise, can mean that the talk goes less well as a result. But anyway, I was glad to hand over to those who came after me, and over the week-end as a whole we had some stand-out talks, including two by former senior police officers.

There were various organised events scheduled for Saturday afternoon, but I was keen to do some research of locations for my next Lakes book, and fulfilled a long-held ambition by visiting Wray Castle, a 19th century Gothic folly which has long been owned by the National Trust, but only recently opened to the general public. The setting is fantastic, overlooking Windermere, and since the weather was excellent there was a chance to walk around Wray Bay, a peaceful and lovely part of the area that I'd never encountered before.

The Saturday evening banquet was as enjoyable as it always is, and I was on a table with Peter James and Felix Francis, two best-sellers - but, and this is the great thing about the CWA in my experience, there is no differentiation between best-sellers, mid-listers, and those who are not currently published. The companionship that you always find at CWA events - again, I'm speaking personally, but I know many others agree - is the great strength of the organisation. I'm on the committee now, and the new chair is Alison Joseph. Under her leadership, I'm confident that, even in testing times for authors, the CWA will continue to flourish. 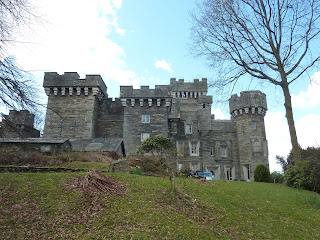 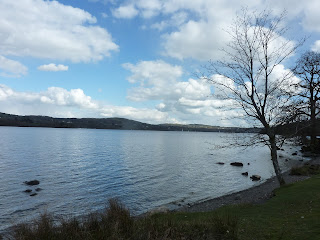 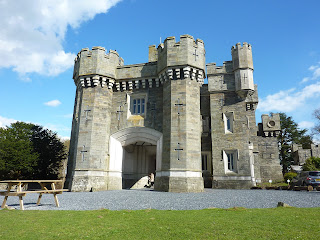