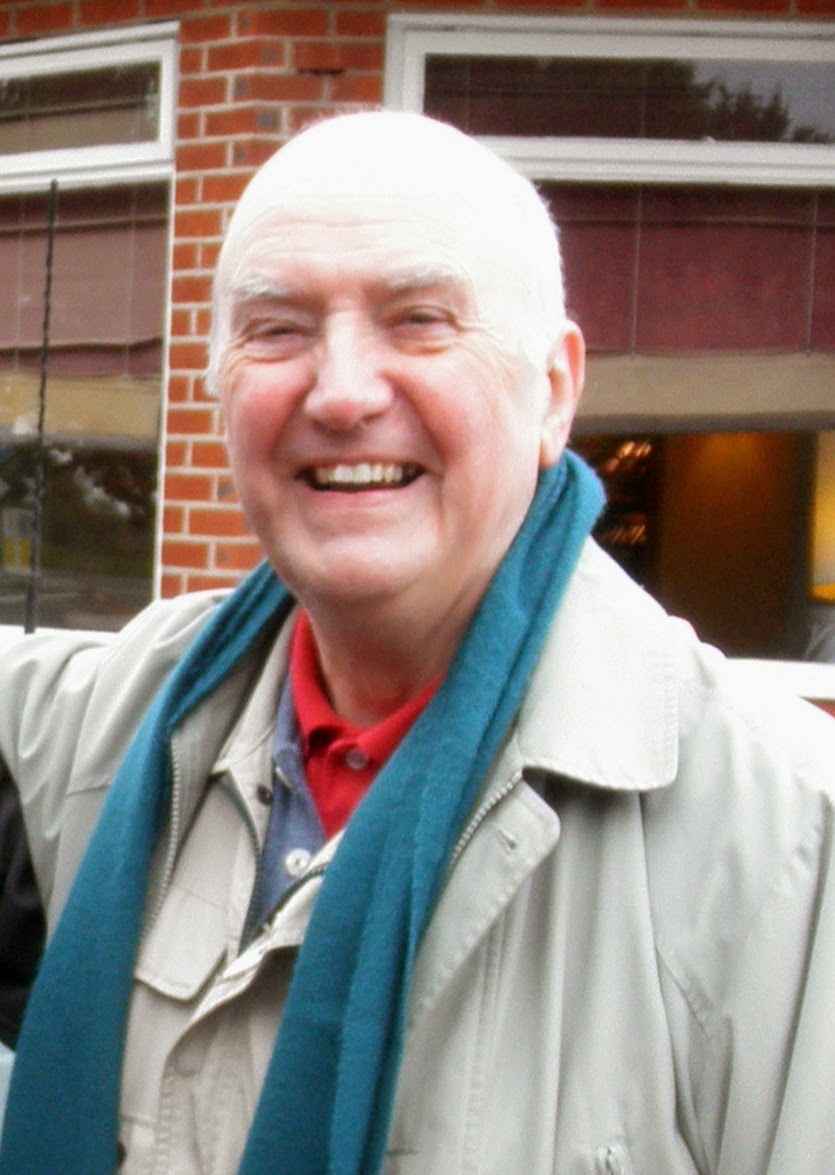 I was so sorry to learn, a couple of days ago, that Bob Adey died on Sunday. Regular readers of this blog will recall that not long before Christmas, I listed his Locked Room Murders as one of my top two all-time favourite books about the genre.Nobody has ever known as much about "impossible crimes" as Bob, and his love of traditional crime fiction was long-lasting and deeply rooted. He was also very modest and self-deprecating.

Bob had been collecting detective fiction for a very long time, and was very generous about sharing his knowledge. Recently, I got in touch with him to ask for ideas about obscure detective stories for a forthcoming British Library anthology. Not only did come up with some very good suggestions, he even sent me a photocopy of one story so obscure that neither he nor I have been able to find out anything about the author. He said the story deserved reprinting; I agreed, and so more importantly, did the British Library. He was a reliable judge..

One memorable occasion was when I went to visit Bob and his wife at their home in Worcestershire. I'd heard a great deal about Bob's fabled collection, including the treasure trove held in his garage. Several times I asked him if he had a rare book, and he'd go off to hunt around the garage - and usually he came up with the rarity I wanted. Suffice to say that I found that the reality more than lived up to the expectation. He had amassed an extraordinary range of material. I've never seen anything quite like it in the realm of detective fiction. I look back on that sunny afternoon with great pleasure.

Bob made excellent use of the resources he'd gathered. Among many other projects, he wrote regularly for Geoff Bradley's CADS, and he supplied introductions and editorial material for a range of books. He was a long-time friend of many members of the crime writing community, including America's Doug Greene, with whom he co-produced an anthology, Death Locked In (which I recommend unreservedly) and for whose Crippen & Landru imprint he edited a very engaging collection by Joseph Commings. Recently he supplied an intro to a splendid omnibus volume of the works of the late Derek Smith. Another pal of Bob's was Jamie Sturgeon, who has kindly supplied me with the photo above, which was taken a couple of years back.

I never succeeded in persuading him to set up a website so that all his writings could be accessed via Google, but they are absolutely worth seeking out. I enjoyed our years of email correspondence, and as we are both great football fans, they usually included a soccer component (years ago he used to tease me about the form of my team compared to his; the boot had been on the other foot more recently, but this always gave us both great amusement.) My condolences go to his wife and family. He was a lovely man who will be greatly missed.
Posted by Martin Edwards

I probably first met Bob at a Bournemouth Book Fair in the early 1990s. It must have been quite a while ago as I recall the late Don Ireland having a stall. Over the years he'd come down to visit my shop (Adelphi Books, Southsea) with his good friend Jamie Sturgeon and would invariably leave with a well-filled bag or box.

He was always very free with advice, and would often supply me with books of use to my stock or personally. His enthusiasm was ever-present and he was always happy to share his considerable knowledge. It was a great shock to hear of his illness and death and he will be sorely missed. Robert Smith

I echo all your comments about Bob's kindness and generosity. He also had a great sense of humour. He was initially reluctant to write the introduction to The Derek Smith Omnibus because he wasn't feeling up to it. When he relented, he did his usual excellent research. What I didn't realise at the time was how ill he really was and how hard it must have been for him, but he never showed it. He was a dear man and will be sorely missed.
John Pugmire

I remember that the shelves in his garage were so closely packed together that you had to go in sideways to view one bookcase, then go out, turn around, and go in sideways again to view the other. I agree with everything you said. A dear friend, whom I shall miss terribly.

Robert, good to hear from you. You mention Don Ireland, another good man who died too soon. I always remember visiting Don at Sherborne, and finding that he too had a book-packed garage...

John, well said. The omnibus is a fine piece of work.

Absolutely, Doug. I vividly recall squeezing down that very aisle!

I will confess that most of what I learned about obscure mystery writers was from reading the books listed in LOCKED ROOM MURDERS. It's one of my detective fiction Bibles. Always referring to it. ALWAYS! I wished that one day I'd get to meet the man who created that indispensable book. Ah well... R.I.P. to a great fan of the genre.

Thanks, John. Agreed - it really is a brilliantly interesting and entertaining resource.