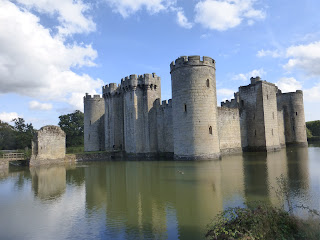 Readers of this blog will know that I enjoy discovering new places and that in recent years I've spent quite a bit of time combining literary activities with sight-seeing. There are several reasons for this. First, I feel as if I'm making up for lost time - all those years when I was working rather long hours in a law office and unable to get away very often. Second, I find that literary events seem even more enjoyable when combined with a little tourism. I'm not one of those writers who wants to travel long distances (especially on our wearisome motorway network) to do an event, then come straight back home again. Third, the break can be quite inspirational - one has time to think about writing projects, and I do tend to find that ideas come more readily when I'm wandering around rather than chained to my desk. All this is by way of preamble to my reflections on a wonderful trip to Rye Arts Festival, which turned into one of the pleasantest working holidays imaginable. 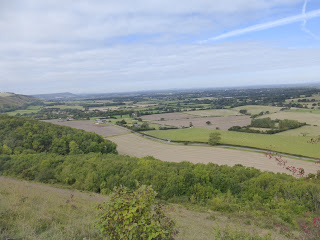 John Case, whom I met at Woking Library last year, had the excellent idea of setting up a crime day as part of the Rye Arts Festival, a prestigious event in a delightful town; I visited it many moons ago, but only briefly, and jumped at the chance to go back. And I thought that it offered a great chance to explore the south east, an area of England I'm not very familiar with. So when the weather forecast looked good, I arranged to add a couple of days to my touring itinerary, in the hope that I'd come across some interesting places (perhaps with literary associations) and also get a few ideas for future projects - including the next Lake District Mystery. (As it turned out, I also came up with an idea for a short story about knitting, of all things, and a non-Lakes crime novel, so the trip certainly worked wonders for my imagination...) 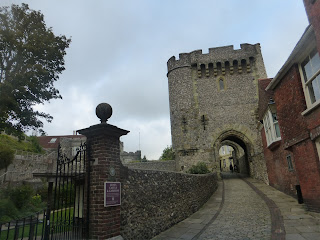 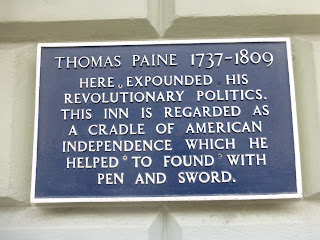 Sussex is a loooong way from Lymm, and I'd booked into Telscombe Cliffs, a small resort between Peacehaven and Brighton for the first night. I'd never been to Lewes, the county town of Sussex, and found it charming, castle and all. It also claims to be a cradle of American independence, which came as a surprise! There was also a fifteenth century bookshop, which was closed on my first visit, prompting me to return the next morning; very atmospheric, though rather lacking in crime fiction. Then it was off to Devil's Dyke, a National Trust property and ideal for walking. Next stop was another NT place, Batemans, Rudyard Kipling's former home in Burwash. A wonderful house and garden. I duly inspected his certificate in honour of his winning the Nobel Prize for Literature and read some of his correspondence which is on display. And I was intrigued to spot a couple of Dorothy L. Sayers books in his library before setting off for yet another NT site. 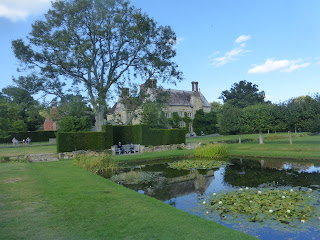 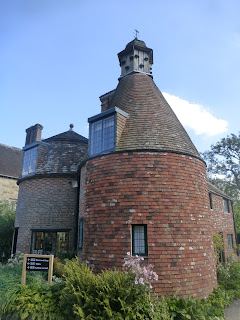 I'd seen photos of Bodiam Castle, and decided to find out if it's as beautiful in reality as the pictures suggest. The answer is yes. After wandering around and inside the moated castle, it was time to head for Rye. The Festival had kindly booked us into the Mermaid Inn, and this proved to be an incredible location, as historic and charming a hotel as I've stayed in anywhere. I really loved it, and also roaming round Rye as the sun set, figuring out where the next day's event would take place, in a Methodist chapel close to the Ypres Tower (now a local museum) and the splendidly named Gun Garden. 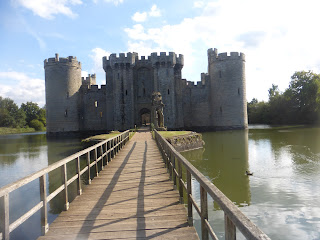 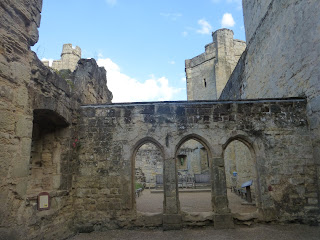 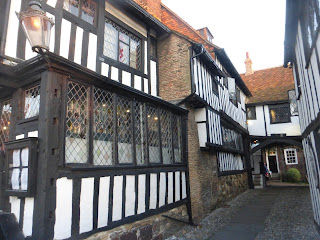 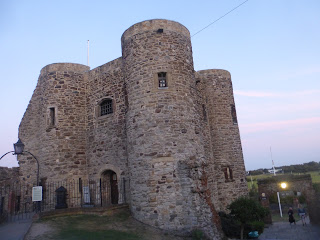 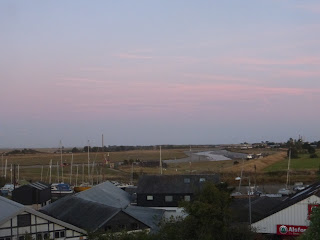 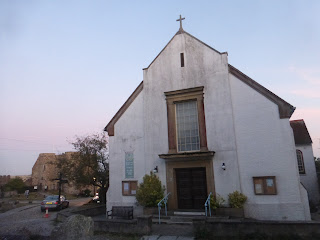 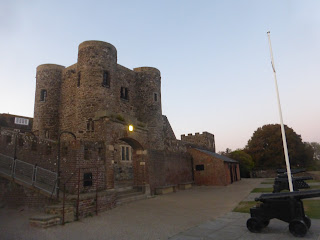