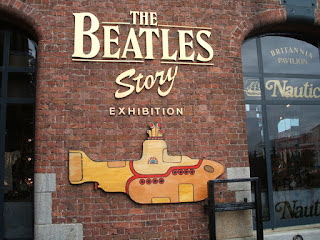 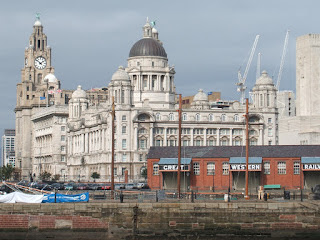 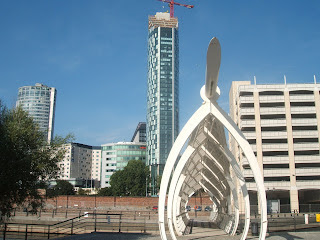 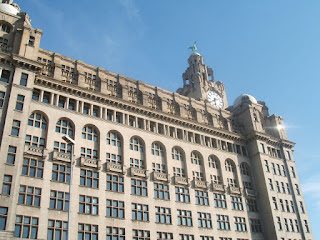 Liverpool’s year in the spotlight as European Capital of Culture got under way with a free event said to have been attended by around 50,000 people. I couldn’t be there – ironically, work had taken me down the East Lancashire Road to Manchester – but it was fun to see highlights on television, especially of the long-absent Ringo Starr playing the drums and singing his latest song, ‘Liverpool 8’ (admittedly, it’s not exactly up to the standard of ‘Penny Lane’ or ‘Strawberry Fields’.)

After I started working in Liverpool, it occurred to me that it would be a great place to set a mystery series and I still think so. It’s a wonderfully atmospheric location; I took these photos, and many others, while walking round the city centre and thinking myself back into Harry Devlin's view of the world. Above all, it's a city in which anything can happen. The people are great and – true to the cliché – naturally and spontaneously witty.

When I was writing Waterloo Sunset, I needed to do much more research than usual. I received a great deal of generous help from a number of people, including the former Dean of the Anglican Cathedral, the boss of a community cinema, and the head of Merseytravel (who provided me with elaborate plans of subterranean Liverpool that I found so compelling as to persuade me to adapt the story-line to them.) Most of all, I was assisted by the city coroner, Andre Rebello. There is an important character in the story who is a coroner, and an inquest scene featuring a couple of suspects in the mystery. The snag is that I’ve never attended an inquest. But Andre gave me generous assistance and readily came up with workable solutions to potential plot problems. So did another local coroner, Jean Harkin, when a last minute query was raised by my editor. My discussions with Andre and Jean proved quite fascinating and I was left with great admiration for the work that coroners do.

I’m one of many writers who owe a good deal to people who willingly provide information which may make a huge difference to the quality of the final book. In my early days as a novelist, I tended to rely on my own knowledge and didn’t do much research. Now I do much more – and I’ve discovered that it’s hugely enjoyable.