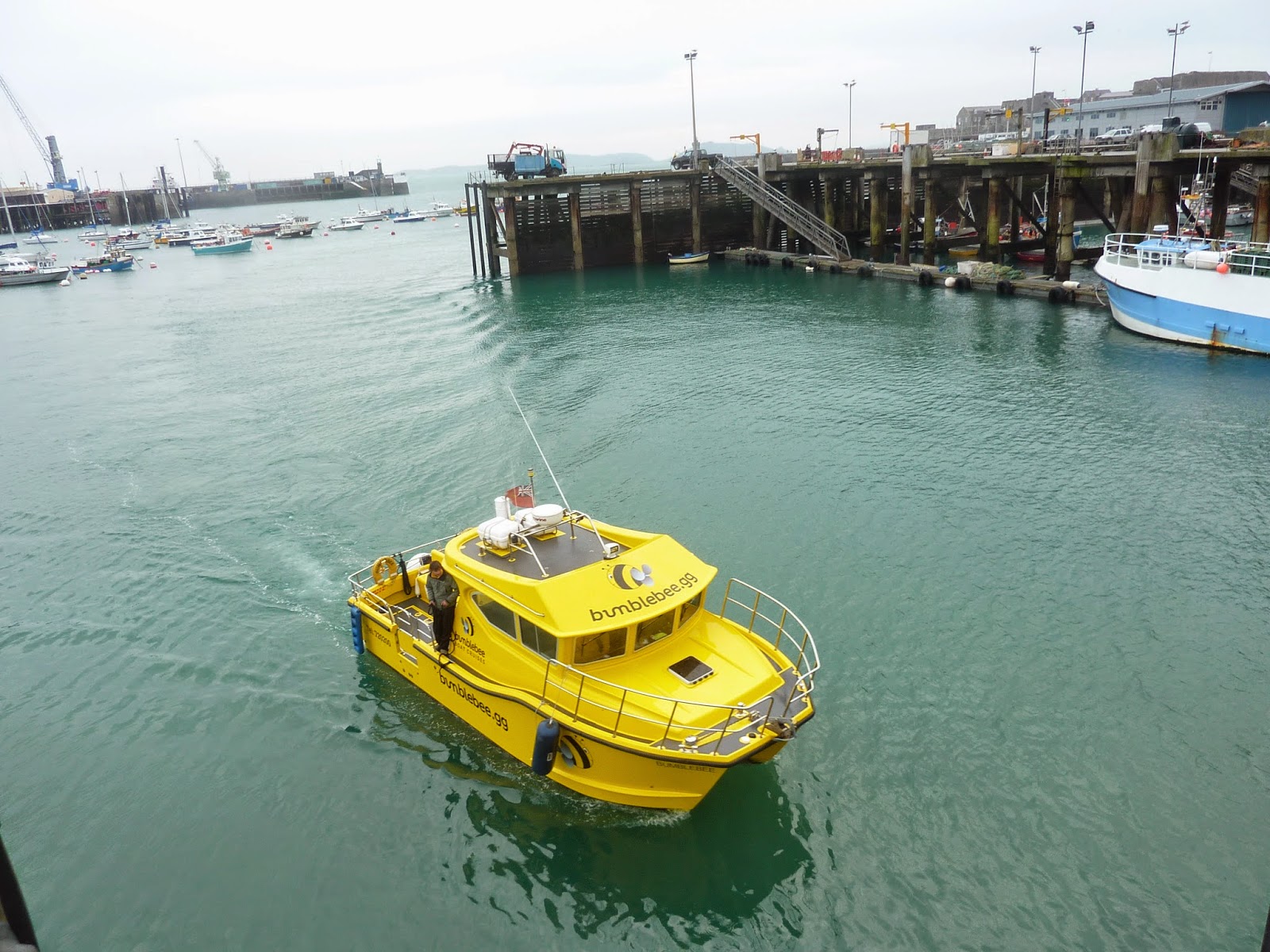 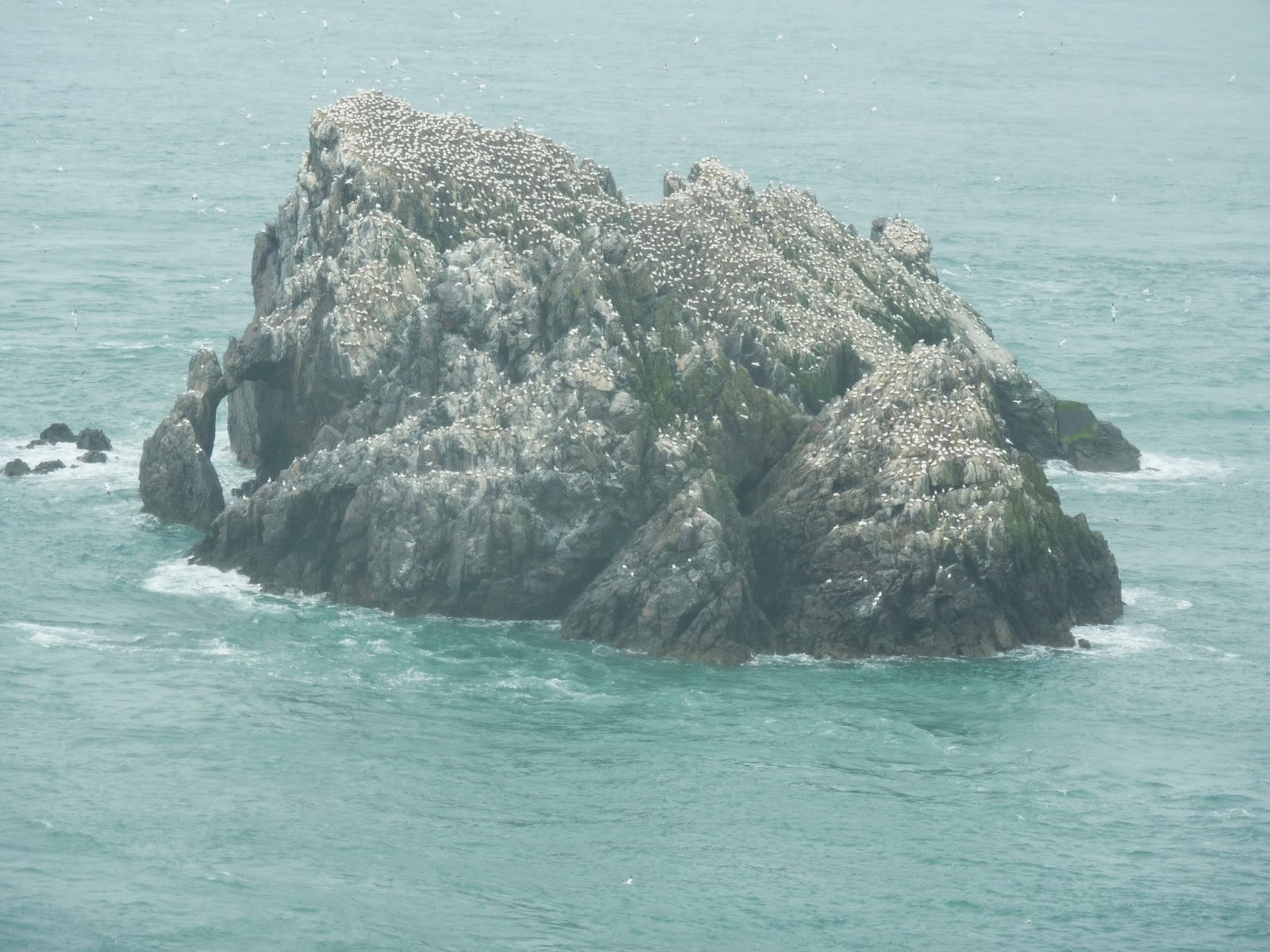 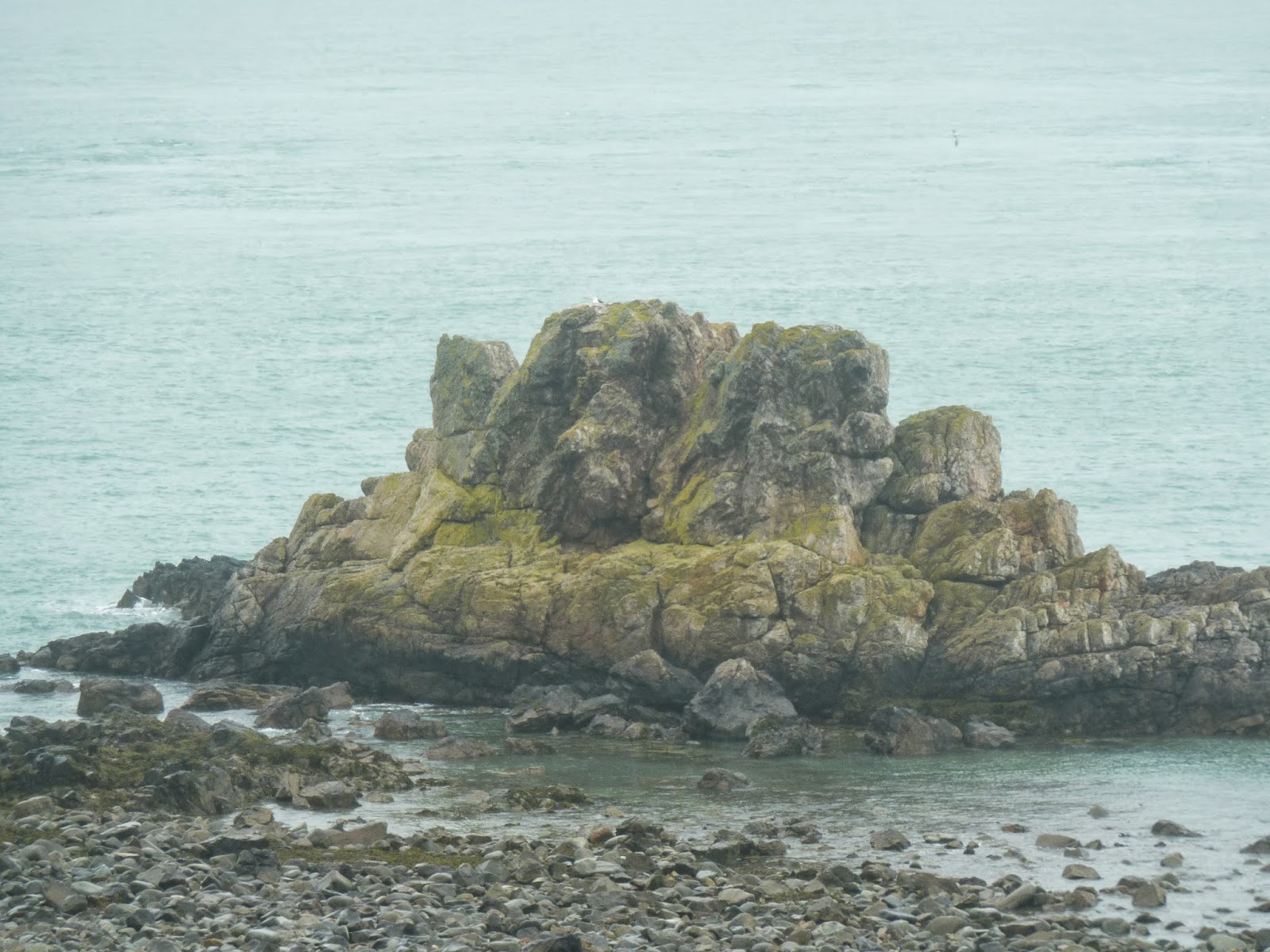 Alderney is the third largest Channel Island, and is the nearest to both Britain and France. Yet for years it has been curiously tricky and expensive to reach, and as a result it has for a long time been the one Channel Island I've not visited. I wanted to put that right during my stay in Guernsey, and luckily I managed to book with Bumblee, a boat service that is only in its third year of operation but provides a very good link between Guernsey and Alderney.

Bergerac is still a fondly remembered TV show set in Jersey, and Guernsey has featured in crime fiction more than once - I mentioned Eileen Dewhurst's book yesterday, and back in the Golden Age, John Ferguson had some success with Death Comes to Perigord, But I'm not aware of any crime story set on Alderney - I'd love to learn about any that do exist - and I'm tempted to fill the gap myself.

The skipper of the Bumblebee gave me a number of valuable insights, and I must say the local people are extremely friendly - not criminal types at all - but this tranquil island would still make a great background for a mystery. I liked very much the small museum, run by the Alderney Society, the rocks covered in gannets, and the quiet beauty of the landscape. The island was abandoned by the locals during the war, and they were only able to return to their homes after the German occupation ended. This gave rise to some poignant stories, well told in the museum.

Jersey and Guernsey are affluent places which find it necessary to make it hard for people to relocate there,but oddly, Alderney is suffering some degree of depopulation, and despite the excellence of Bumblebee, it really does need more and cheaper transport links if it is to prosper in future. But I was really fascinated by the place, and a story idea came to me even as I was walking around it. When will I find time to write it? I'm not sure, but soonish, I hope... 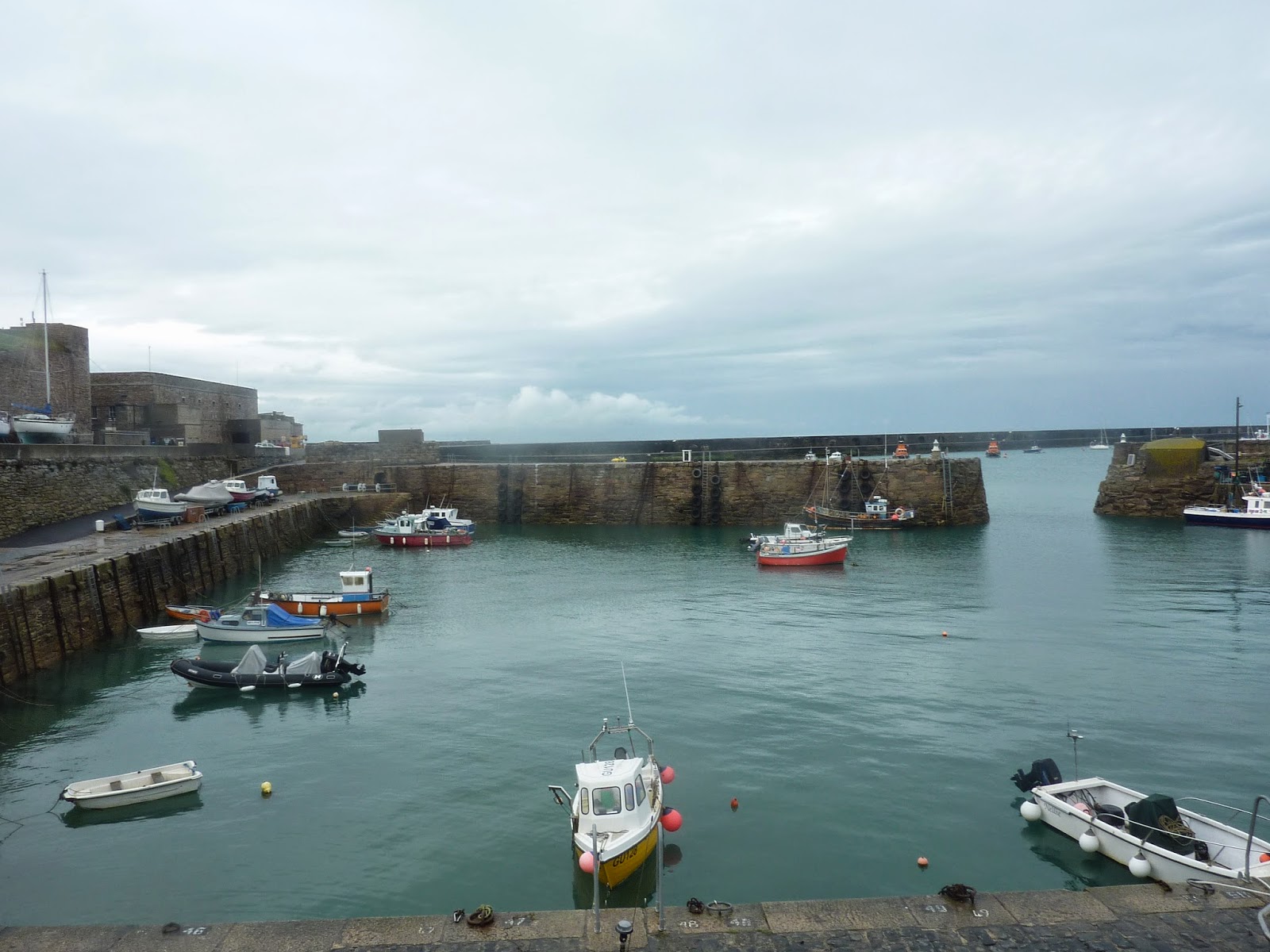 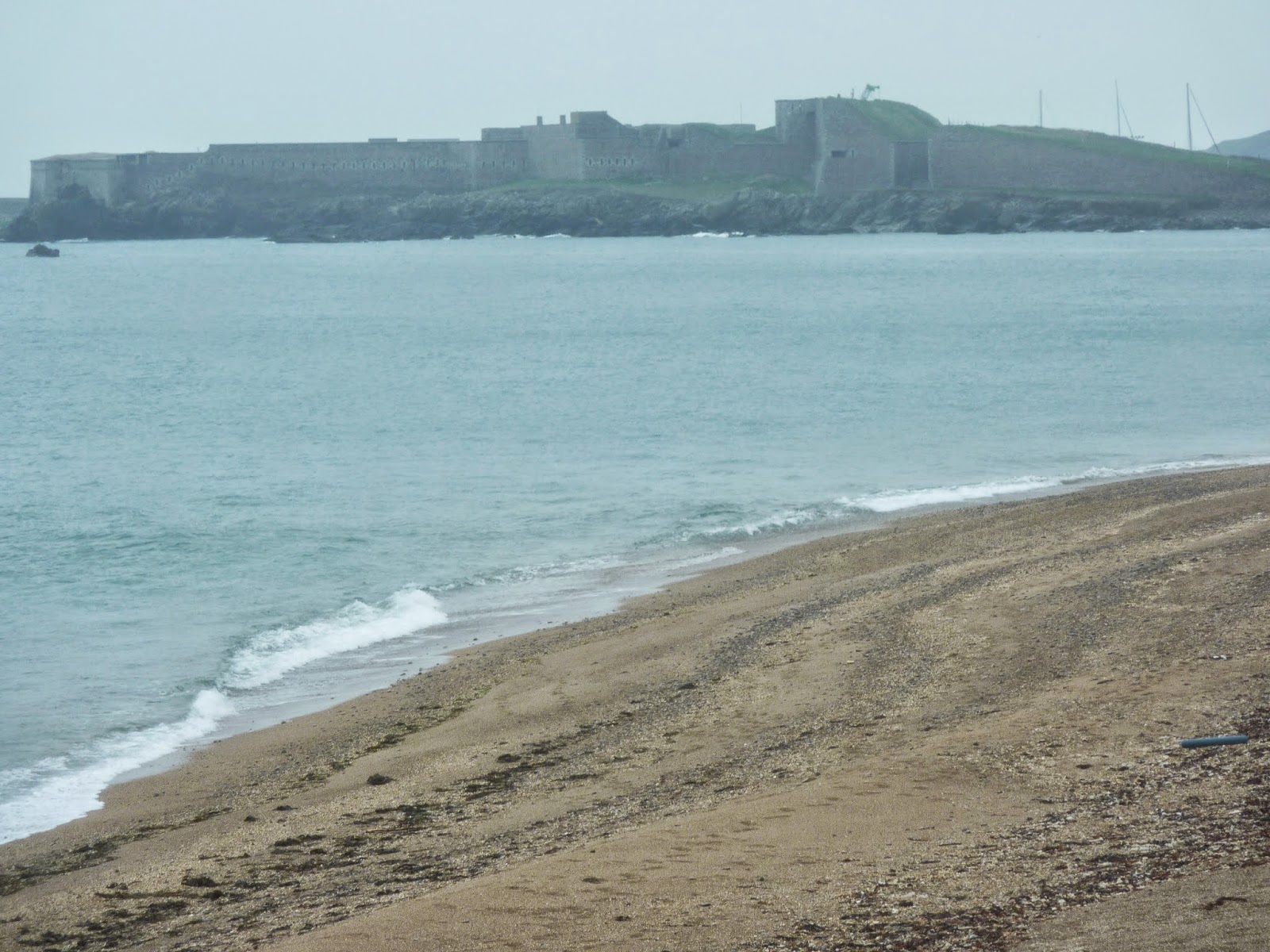