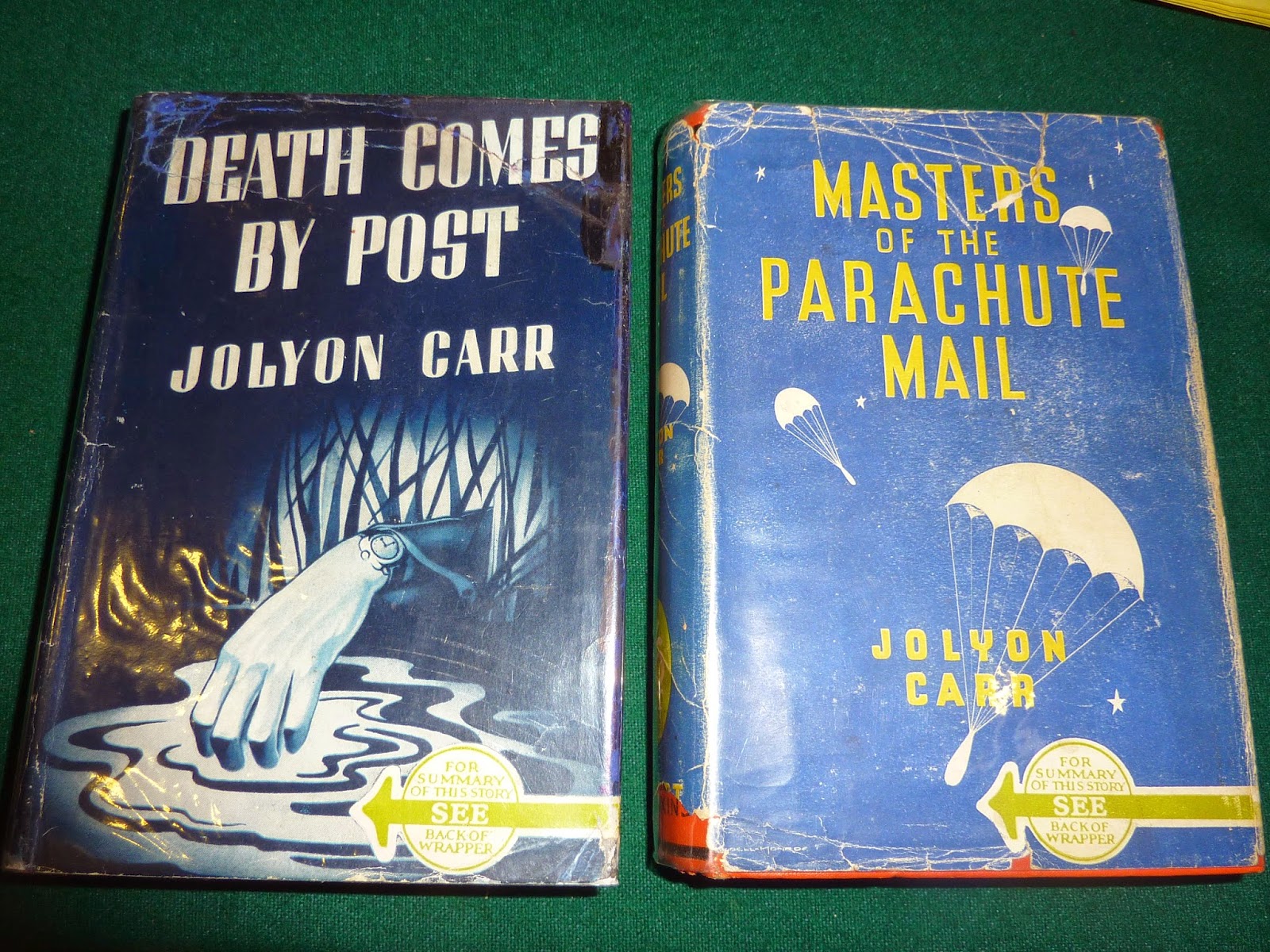 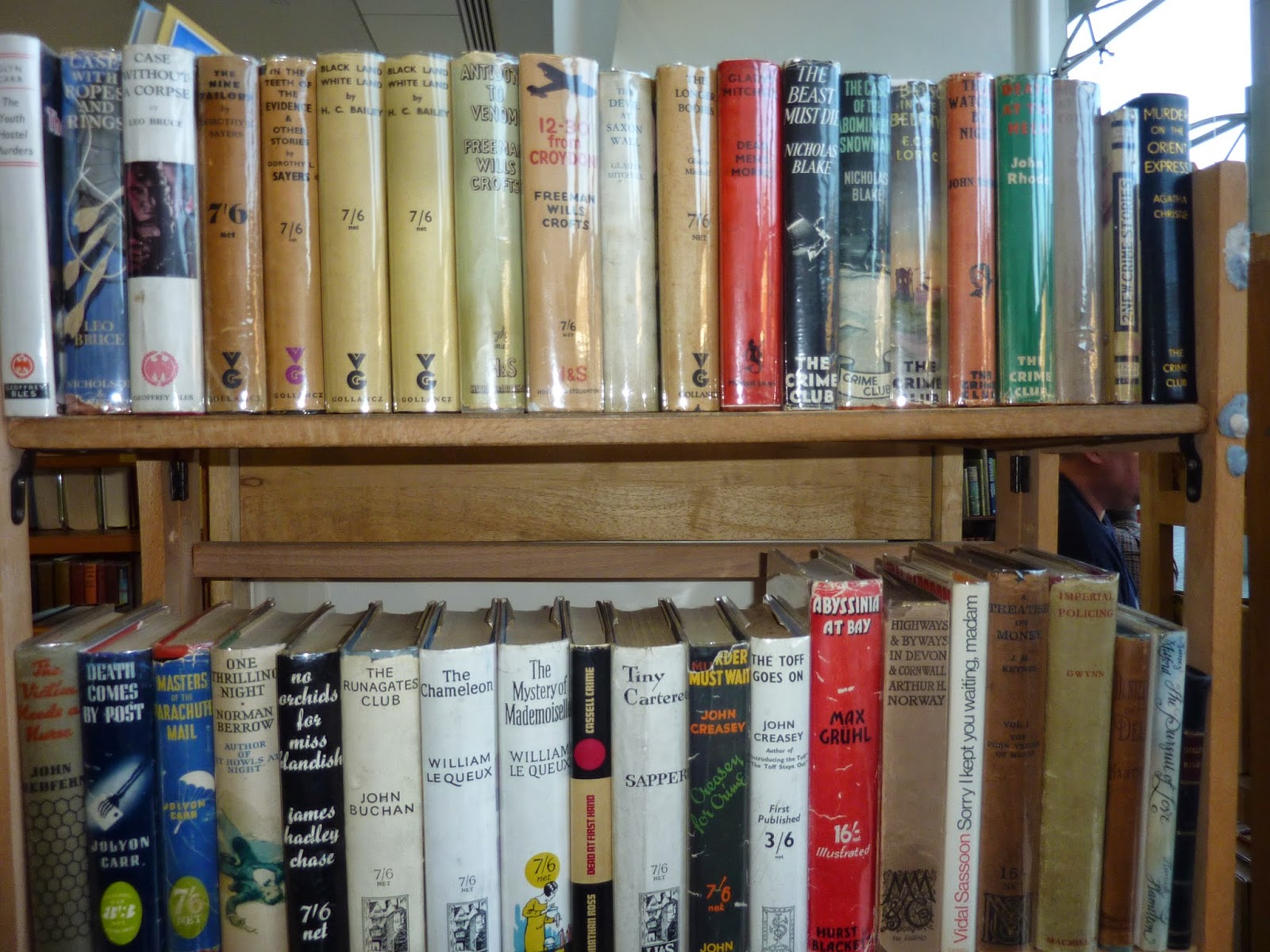 A major book fair is held at York Racecourse in early January each year. I don't travel there every year, since a trip on the M62 in wintry conditions is not the ideal way of passing the time, but a long week-end in York this year coincided happily with the fair, so I was able to make it. And it was, as ever, fun to look at books that I'll never be able to own but which are nevertheless full of interest.

An example was a thriller called Wheels of Anarchy by Max Pemberton, which dates back to 1908. Pemberton was a well-known writer of his day, and I first came across his writing as a teenager, when a story of his appeared in Hugh Greene's brilliant anthology The Rivals of Sherlock Holmes. What intrigurd me about Wheels of Anarchy was that Pemberton explains in a preface that the idea for the story came from his friend Bertram Fletcher Robinson, who died young, shortly before it was written.

Now Robinson was also the chap who gave Conan Doyle the idea for The Hound of the Baskervilles. It must be very unusual for a writer (and Robinson did write some detective stories of his own) to give publishable ideas to not one but two friends, and still less common for one of them to become an all-time classic. He originated from Liverpool, and in fact I've had a business connection with his family's very old-established firm for many years. He was a remarkable man, and I hope to write more about him at a later date.

There were many other gems on sale, including a set of four books signed by Christopher Bush, and a couple of thrillers signed by Victor Bridge, as well as a signed first of Len Deighton's classic The IPCRESS File. The photos come from James M. Pickard's stand - two early, pseudonymous, Ellis Peters mysteries are in the top photo. All well outside my price bracket, but nice to see,all the same.

Another pleasant aspect of book fairs is the chance to catch up with a few friends. Unexpectedly  on Saturday, I met for the first time Catherine Hawley and her husband Rob, who were trading at a book fair for the very first time. Catherine blogs as Juxtabook and like me is a big fan of Josephine Tey and Reg Hill; I've been enjoying her blog for years, and can recommend it.

It was lovely meeting you too Martin. It was great to talk football and crime fiction! You're the only blogger I see post about book fairs - I've been wondering why over at Juxtabook. I wonder whether younger bloggers (ie under 60!) know they're even there, or think everything on sale will cost thousands.

On getting home I checked - it was Hull's Steve Bruce who has written football based crime fiction: "Sweeper!", "Defender!" and "Striker!". I've never come across any of them, ever. Reviews are "mixed"!

I've never met anyone who could afford Mr. Pickard's books, but apparently his prize books tend to sell very quickly on his website. Never heard of Jolyon Carr. Probably only published in the UK.

I own a copy of JEWEL MYSTERIES I HAVE KNOWN by Max Pemberton. Not read it, but perhaps this post will get me to take it down from the shelf at last.

Hi Juxtabook, it's not often I get the chance to chat about both books and Northwich Vics in the same conversation!I would like to think that the decline of bookshops will be compensated by an increase in book fairs, but is this wishful thinking?
Steve Bruce - I'm afraid I associate him with Man Utd, and as a City fan, that rather means that I'm unlikely to hunt for them!

Hi John, the book dealer Ralph Spurrier produced a limited edition version of one of the Carr books some years ago at an affordable price when compared to those costly first editions.

btw -- I am a huge admirer of your work too!

I was in Doncaster for three weeks over the holidays and never heard about the York Book Fair. I had thought about taking the train to York to visit bookstores while I was there, but with a family funeral the main reason for the visit from Canada, I didn't make the effort. If I had known about the fair, I might not have flown home on Jan. 7. Oh, well, I didn't have room in my luggage for any more books. I've read several UK crime novels that are football-based, but I don't know about the Steve Bruce ones. Can you recommend any other football fiction than Bruce? Right now I'm reading David Peace's Red or Dead, but have no idea how much is fact and how much is fiction. WH Smith had it in the fiction section, not sports.

Harper, nice to hear from you, and do tell us more about your blog when you are ready.

Kent, I'm struggling to think of a football-based crime novel that I enjoyed. Though I've written a couple of football based short stories myself!
I believe Mel Stein, the agent, wrote some a few years back, but I haven't read them.

Google 'Football Mysteries - Classic Crime Fiction' and you'll see a list of thirteen soccer-based crime fiction novels. Three are by Leonard Gribble, which reminded me of an earlier discussion -- perhaps on another site, but I think here -- about his The Arsenal Stadium Mystery. In 1939 that was adapted for a movie with the same title and a fine cast, including Leslie Banks and Greta Gynt. Very good stuff if you can find it, or the book, of course.

Jolyon Carr was a pseudonym of Edith Pargeter/Ellis Peters.

Miranda, thanks. John Redfern was another of her pen-names.
Philip - how did I forget the Arsenal book/film? Thanks for the tip.