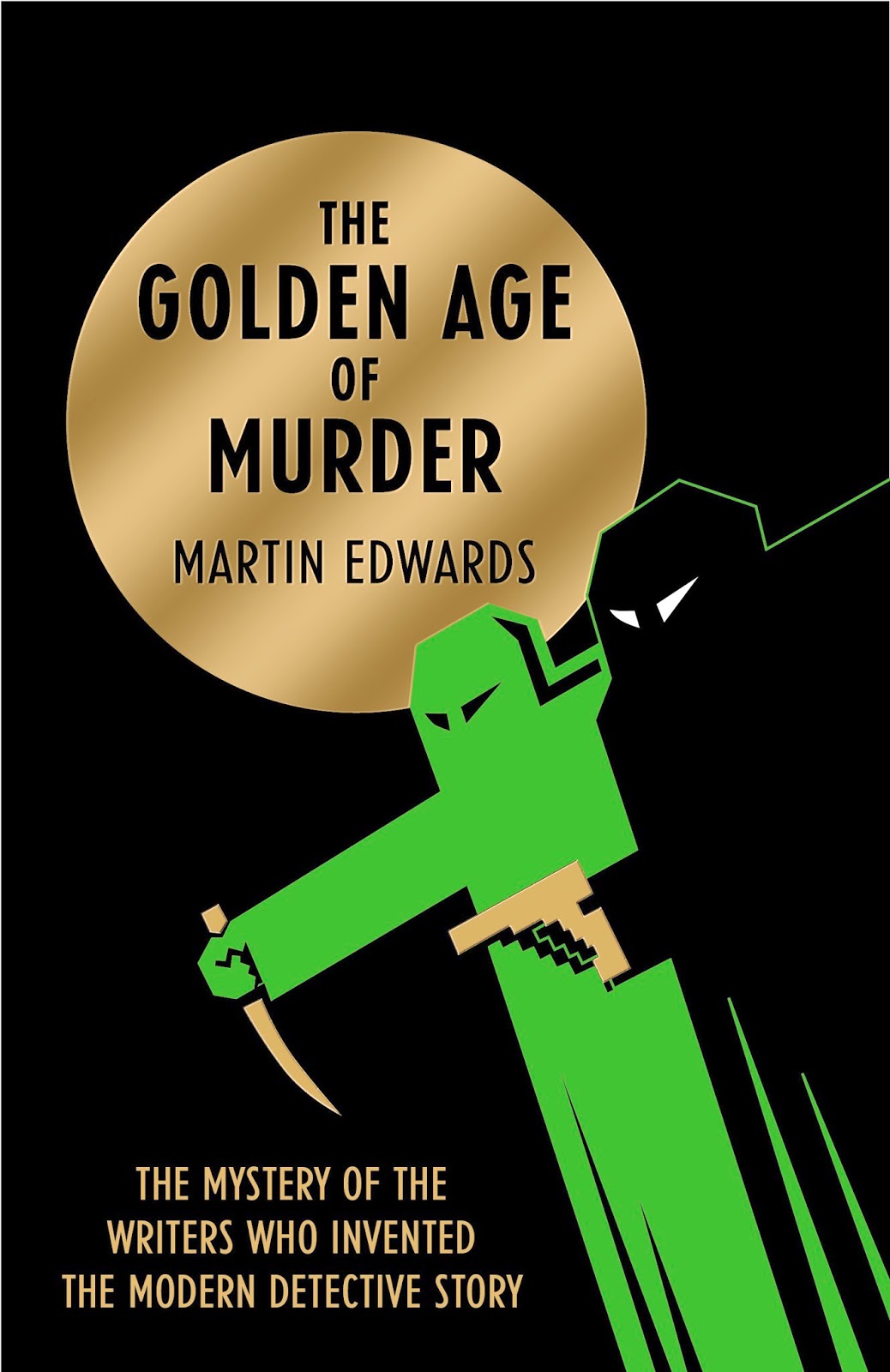 Never mind the General Election. For me, the exciting event of 7 May 2015 has to be the long-awaited (by me, anyway) UK publication of The Golden Age of Murder. When I reflect on how many years ago I started researching for a potential book about detective fiction, I find it hard to believe that it's finally hitting the shelves. I'm at least as excited as when my first novel was published.

Many people helped me to make the book into what it is. I've mentioned plenty of names in the acknowledgements, and I hope I haven't forgotten too many, but I'd like to make special mention of my agent, James Wills, and my editor, David Brawn. I wondered for several years whether I would find anyone in the publishing world who believed in this book. James and David do, and for that, I'll always be grateful.

One always wonders how one's new book will be received, and I was more than usually nervous about this one, given its very ambitious and unorthodox nature - and, let's face it, the fact that it's not exactly a slim volume. To say that I've been thrilled by the reviews to date is no exaggeration. I have highlighted the key quotes here. It's intensely rewarding to see some of the same enthusiastic phrases recurring in reviews written on both sides of the Atlantic.

I found, both at Malice Domestic, and at a talk I gave to members of the Liverpool Athenaeum yesterday, that there is enormous affection for and interest in Golden Age fiction. This has been under-estimated for decades, but the success of the British Library Crime Classics (over a quarter of a million paperbacks sold!) has shown that the appeal of classic mysteries is not just confined to a few diehards. The best books of the past have continuing appeal to vast numbers of readers.

Sarah Weinman has just said of The Golden Age of Murder: "this love he has for crime fiction permeates every page of this book." Despite being non-fiction, this is a very personal book, and I'm glad that I've managed to convey my love of the genre. My hope is that the book will inspire others, especially those who are not instinctive Golden Age fans, to take a fresh look at the wonderful fiction of the past, and to see it in a new light.

Congratulations! So much looking forward to reading it.

Looking forward to it too - read Sarah's comments this morning. How can I follow your blog by e-mail? I'd love to!

All my diligent efforts at searching for Sarah's review yielded nothing. Where is it? Is it not online?

Thanks, everyone. Crimeworm, I'm afraid I'm not technically savvy enough to know the answer. It's possible to be a 'follower' on Blogger, but I don't think this relates to email.

John, I think the review was in a newsletter that Sarah does, which in fact I don't subscribe to. The quotes were sent by an American friend.

Here in the States, The Golden Age of Murder has been available since April 28, and I've already zipped through my copy. So much fun, and such a wealth of information. I was pleased at your firm declaration at the beginning that you intended to keep private information private if the family so requested (or if they avoided questions about it): very nice to strike a blow for decency over prurience!

Upon reflection, I think that what strikes me most about the Detection Club is its intense seriousness. Amid all the game-playing and rituals and mock solemnity was a real seriousness of purpose and a desire to elevate not only the status of mystery writing, but the status of crime-fighting in general. Impossible to imagine such a lofty sense of purpose these days. (Is it just that DNA testing and other technically sophisticated means have taken proof out of the amateurs' hands, or are we hopelessly cynical about justice following a true course? Or am I completely mistaken about this?)

Many thanks for hours already spent enjoying the book, and more to come contemplating and revisiting it!

Sappho, I'm really delighted you liked it. All of us modern crime writers operate in a very different world from the Club's founders. What I've tried to do, as you've gathered, is to correct some of the unfair impressions given of the GA writers. And I'm glad you approve the element of self-censorship. My attitude towards writing, and indeed reviewing, and various other things, is to strive to be honest, but also to treat others the way I'd like to be treated. Not claiming that I always achieve that, but I do try!

Thanks, Martin. I found it via "The Crime Lady" link at her
Sarah's main website. (She has so many!) Even though I don't subscribe I was able to access the review. Here's a link for anyone else interested:
http://tinyurl.com/k8gxozo

For those who asked here is how to subscribe to the newsletter (you can also read the archives, and thus read my review of this most delightful and necessary book):

I'm assuming you saw the review in last Saturday's telegraph Martin? Also is there any was to get copies direct from you - I wouldn't mind a signed one?

Sarah, many thanks. I'm so glad you liked it.

Yes, thanks, Scott. Drop me an email and we can sort out a personalised copy for you. martinedwards10@btconnect.com

Happy Publication Day! Have my copy now and looking forward to starting it. Liverpool Athenaeum! I can picture it now - I used to go to the Reeces café in the basement back in the day...