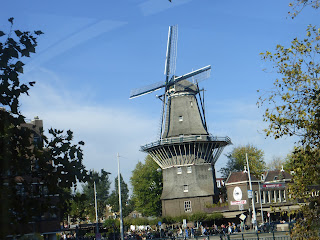 I've returned from a short and exhilarating break in sunny Amsterdam, a city I'd not visited for more than thirty years. Eurostar now runs there directly (though you have to change trains on the way back for some reason) and this made for a very convenient trip, as I'd been down in London, seeing friends, publishers, and my son/travelling companion. 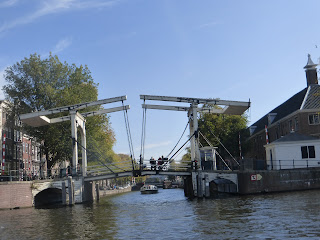 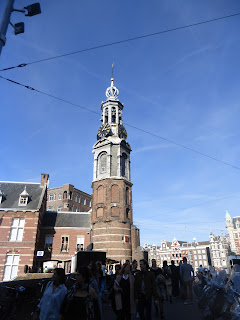 To get in the mood for the trip, I took another look at the work of two notable crime writers, both now deceased, whose first novels were respectively Love in Amsterdam and Outsider in Amsterdam. The authors in question were Nicolas Freeling, an Englishman who spent much of his life on the other side of the Channel, and the even more widely travelled Janwillem Van de Wetering. 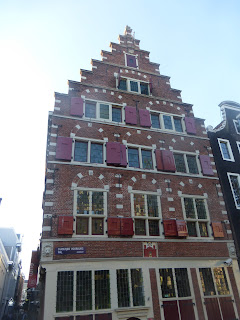 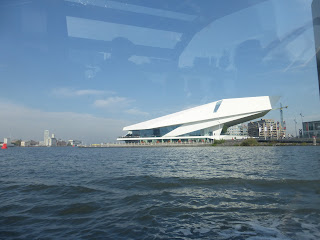 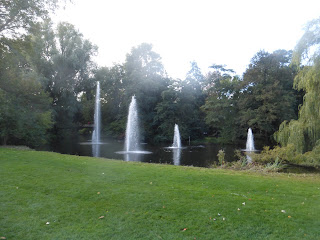 In their day, this pair were leading figures in the genre, although inevitably one hears less about them nowadays, and Van de Wetering's books aren't particularly easy to find. But both men were quirky, unorthodox characters and their fiction, which is certainly worth seeking out (though I found one or two of Freeling's later books rather dull - the Van der Valk series remains his strength), reflected their wide range of interests. 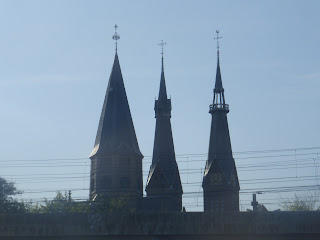 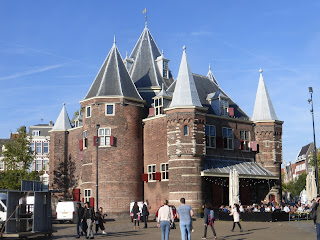 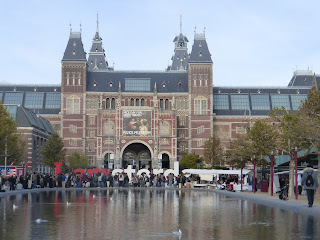 As for Amsterdam, it shone in the sunlight. The Rijksmuseum occupied almost a full day - there is so much to see - and Vondel Park was lovely to walk around. A lengthy canal trip and a bus tour gave a good overall perspective of the city (and travelling by canal and bus does at least enable one to minimise the risk of being mowed down by one of the innumerable cyclists - crossing a road is not for the faint-hearted), while the Oude Kirche, the city's oldest building, was wonderfully tranquil, even if it is situated in the heart of the red light district. 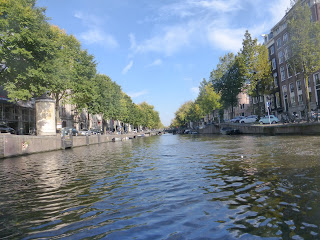 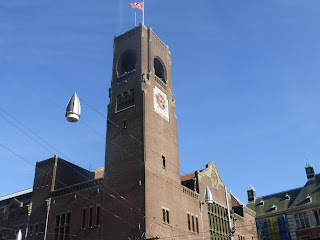 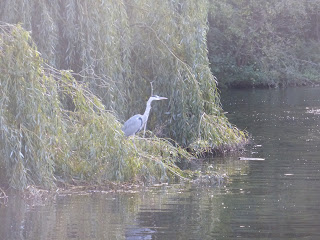 And there was a bonus for me, one of those pleasant moments that make the writing life seem highly gratifying. When I wandered into a bookshop, I was confronted by copies of Gallows Court and The Story of Classic Crime in 100 Books. And the lovely assistant proved to be a Golden Age fan who uses the latter book as a reference guide. Good for morale! It all contributed to an exceptionally enjoyable few days. 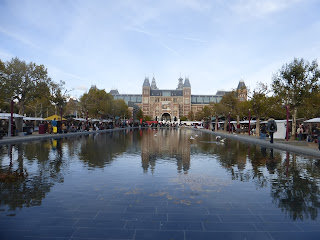 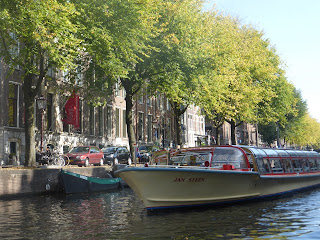 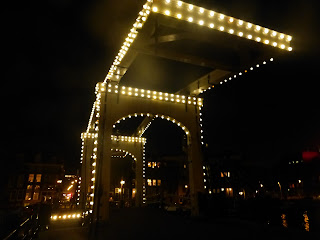