The Isle of Wight Literary Festival 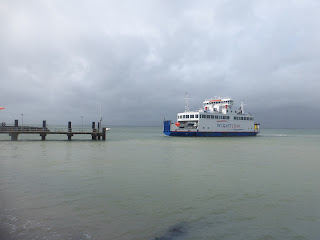 This weekend, I was delighted to take part in the Isle of Wight Literary Festival, at Northwood House in Cowes. It's a long time since I last visited the island (back in the days before I had a car; the future Mrs Edwards and I spent a few days touring around via the local bus service...) and so I seized the opportunity to combine the event with some sight-seeing. The luck I've had all year with the weather finally ran out, but even in damp conditions, the island is a pleasant place to visit, and this time I travelled over via the car ferry from Southampton, which made it possible to drive around from place to place and dodge the showers. 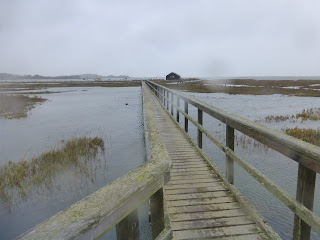 The Festival has been running for a number of years now, and the Chair, Maggie Ankers, has an excellent team of colleagues assisting her and making sure that this is an event that many writers, ranging from Dan Snow to Alexander McCall Smith, are keen to attend. The hospitality was first-rate, with not one but two receptions, each followed by a pleasant meal in the setting of a yachting club. I enjoyed learning about the island. 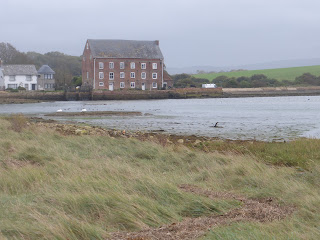 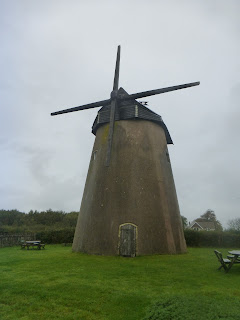 It's a place with a lot of history, and I visited Newtown, once a major medieval harbour, now a highly atmospheric coastal village, as well as the Bembridge Windmill and the Needles. There's a chairlift for sight-seers at the Needles, but the wind was so strong that it was out of action when we visited Alum Bay. 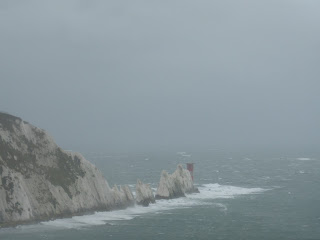 In Victorian times, tourists flocked to the island, and many of the resorts are now enjoying a renaissance. Again, we didn't see them at their most inviting, but Yarmouth, Ventnor, Shanklin, and Ryde all have a lot going for them, and I'd like to return sometime. One of the most memorable places was one I'd never heard of. This was Quarr Abbey, a magnificent brick-built Benedictine monastery, with ruins of a medieval abbey in its grounds. A very special place. After my talk, it was fun to meet fellow crime fans before making the long journey back to Cheshire. All in all, a memorable weekend. 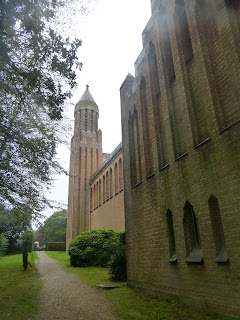 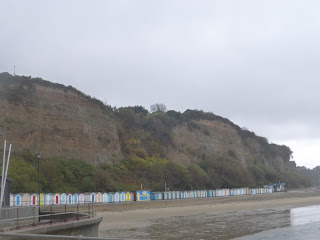 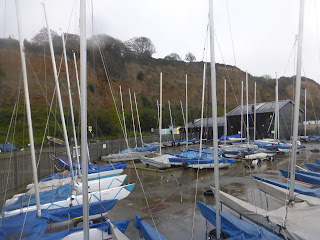 I love the Isle of Wight: being true Hampshire Hogs we spent many family holidays there and have revisited several times. Next time, try the crossing from Lymington to Yarmouth - perhaps not such an easy departure point coming from the north but you have the bonus of driving through the gorgeous New Forest, and Yarmouth is a good arrival port. I can recommend a great pub for lunch, and you need to spend a day on the steam railway :)