What I Didn't Do On My Holidays

I've just returned from a week away - and a week away from internet access, other than a five minute window which just gave me the chance to publish the comments several of you had kindly made on posts I'd scheduled to appear in my absence. A week without emails - that's the first time I've been so out of touch (well, in terms of technology, anyway) since the mid 90s.

It was certainly an eventful week. The plan was to go on a cruise focusing on the Azores. I'd never been there, but a late impulse decision to give the little islands a go was thwarted within an hour of stepping on board ship. The weather forecast was appalling, and the news was that we would be unable to dock. Very sensibly, the captain changed the itinerary, and apart from one day of rough seas, the weather was fantastic. So despite the disappointment of missing out on the Azores, it all worked out for the best. And by a pleasing coincidence, the very first song in the first night's evening show was "Magical Mystery Tour". 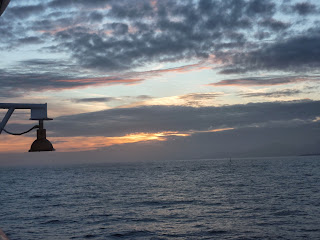 Mind you, within hours of returning, I had a phone call from a crime writing friend, Eileen Dewhurst, who broke the news that she'd actually made it to the Azores a week earlier - and loved them. So I'll have to give them another try one day. And when I finally had the chance to skim through my emails, I was delighted to read one notifying me of acceptance of a new short story for a very interesting-sounding international crime anthology, commissioned as a result of my involvement in the international writers' conference at Oxford back in August.

During my unexpectedly Azores-less and internet-less week, I did find plenty of time both to read and to think about my new Lakes book. Work on this has been delayed for various reasons, but I enjoyed having the chance to think out my characters in more detail and I hope to get cracking again any day now. As for reading, the books were chosen for variety, and did not disappoint (except for one surprisingly weak Patrick Quentin.) More of them in future blog posts.

The revised itinerary took in La Palma, Madeira, Rabat and Lanzarote, and I became fascinated by the volcanic nature of the Canaries. This has prompted a new idea for a short story, although I only have the idea rather than the detail of the storyline at present. And among other things, I went for a ride on a camel. Photographic evidence of this does exist, but I don't think the internet is yet ready for the pictures! However, here are some of the other sights that I found so appealing. 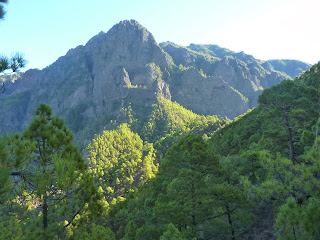 La Palma - a pretty island, home to the biggest volcanic crater in the world, so it was said, but regardless of statistics, quite breathtaking 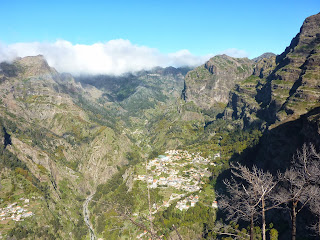 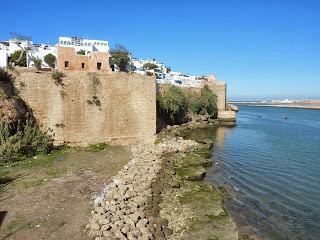 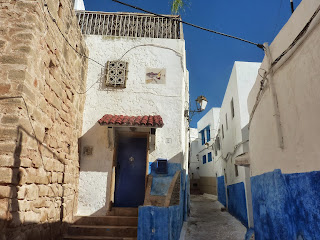 The kasbah in the imperial city of Rabat, a much more fascinating place, in my opinion, than the port where we landed, Casablanca. Morocco is a remarkable country, which I've now visited (although quite briefly) five times in the past couple of years, and one of the things that has impressed me most about it is the way that Muslims, Christians and Jews appear to live in harmony. 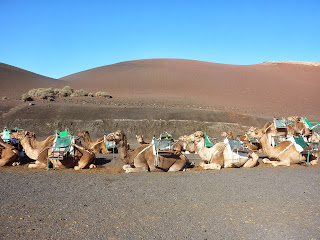 Camels in Lanzarote, ready for action.... 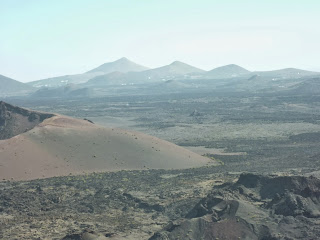 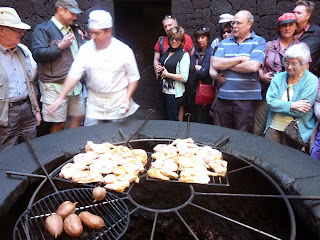 The volcanic area of the national park in Lanzarote. The geysers of Fire Mountain, and the restaurant where food is cooked by the heat of the volcano are truly extraordinary. 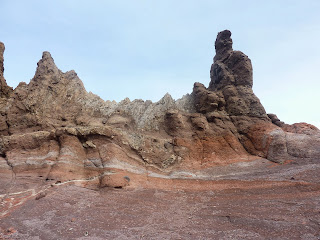 And finally, the stunning lunar landscape near Mount Teide in Tenerife. The first Planet of the Apes movie was filmed here, and no wonder. The beach resorts of the island hold no great appeal for me, but Tenerife's dramatic scenery is worth travelling a long way to see.
Posted by Martin Edwards

Martin - I'm so glad you had such a wonderful holiday even if it was a bit different to what you'd planned. Thanks for sharing those lovely 'photos.

Margot, Lucy, thanks very much.

Yes, Lovely photographs, Martin.
John and I spent two weeks in Madeira the year he was 65. The mountains didn't disappoint the fell runner in him. Although I couldn't cope with walking on the edge of sheer drops. Looking forward to the next Lakeland book already. We're hoping to have a couple of nights up there before Christmas. Did I say how much I enjoyed THE FROZEN SHROUD? Worth a second read or maybe I'll start from the beginning of the series and read all the Lakeland ones again.