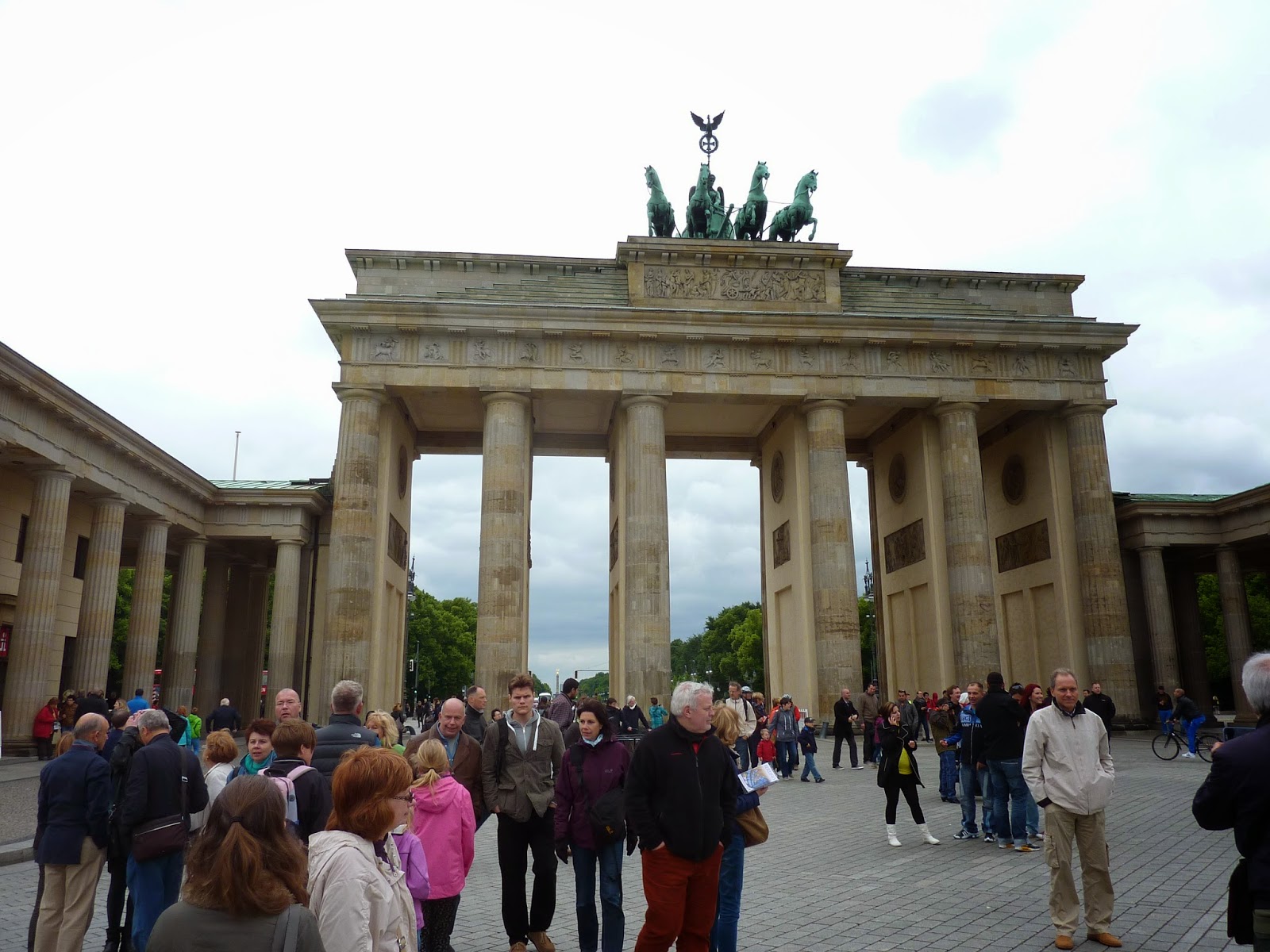 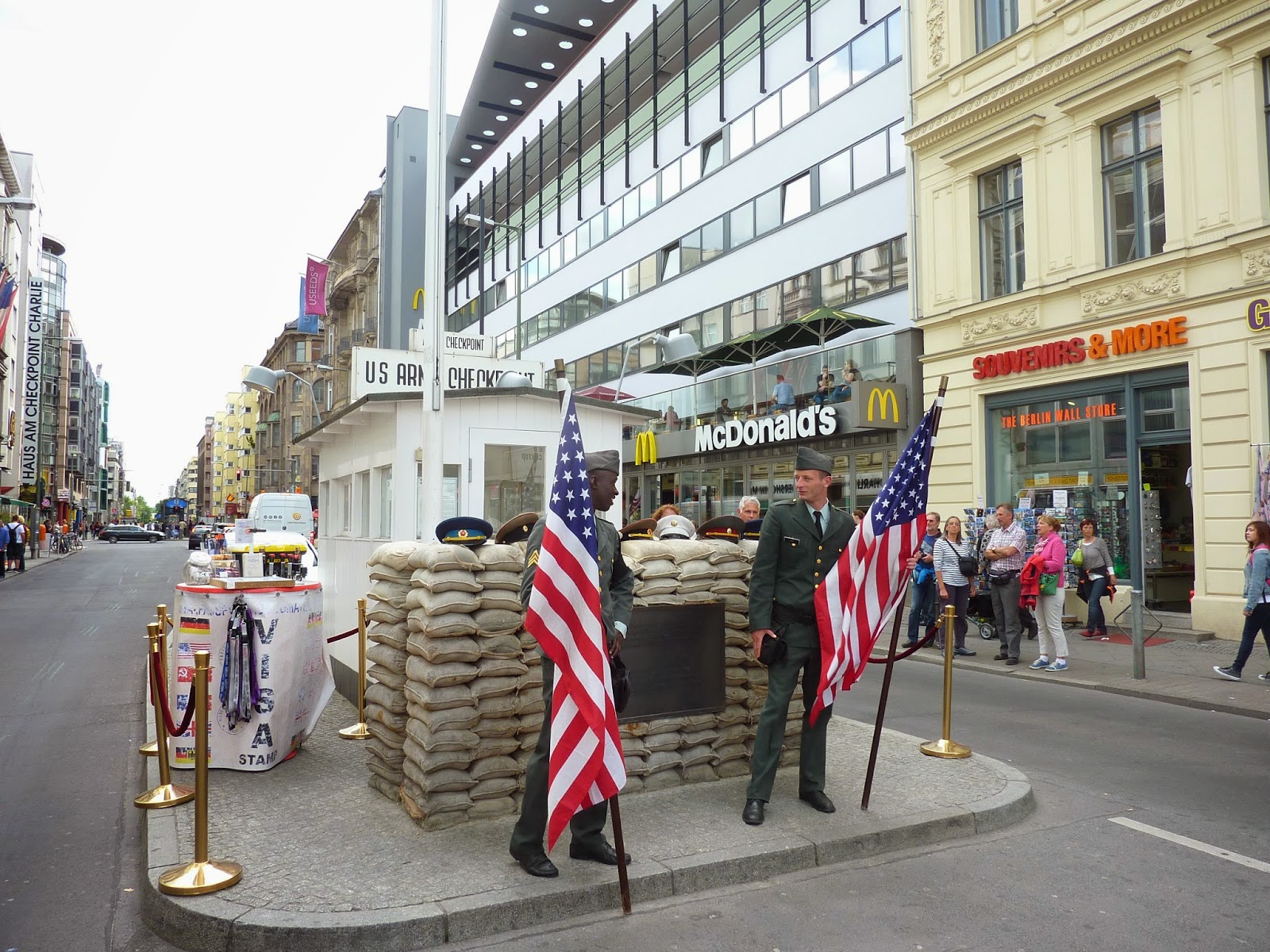 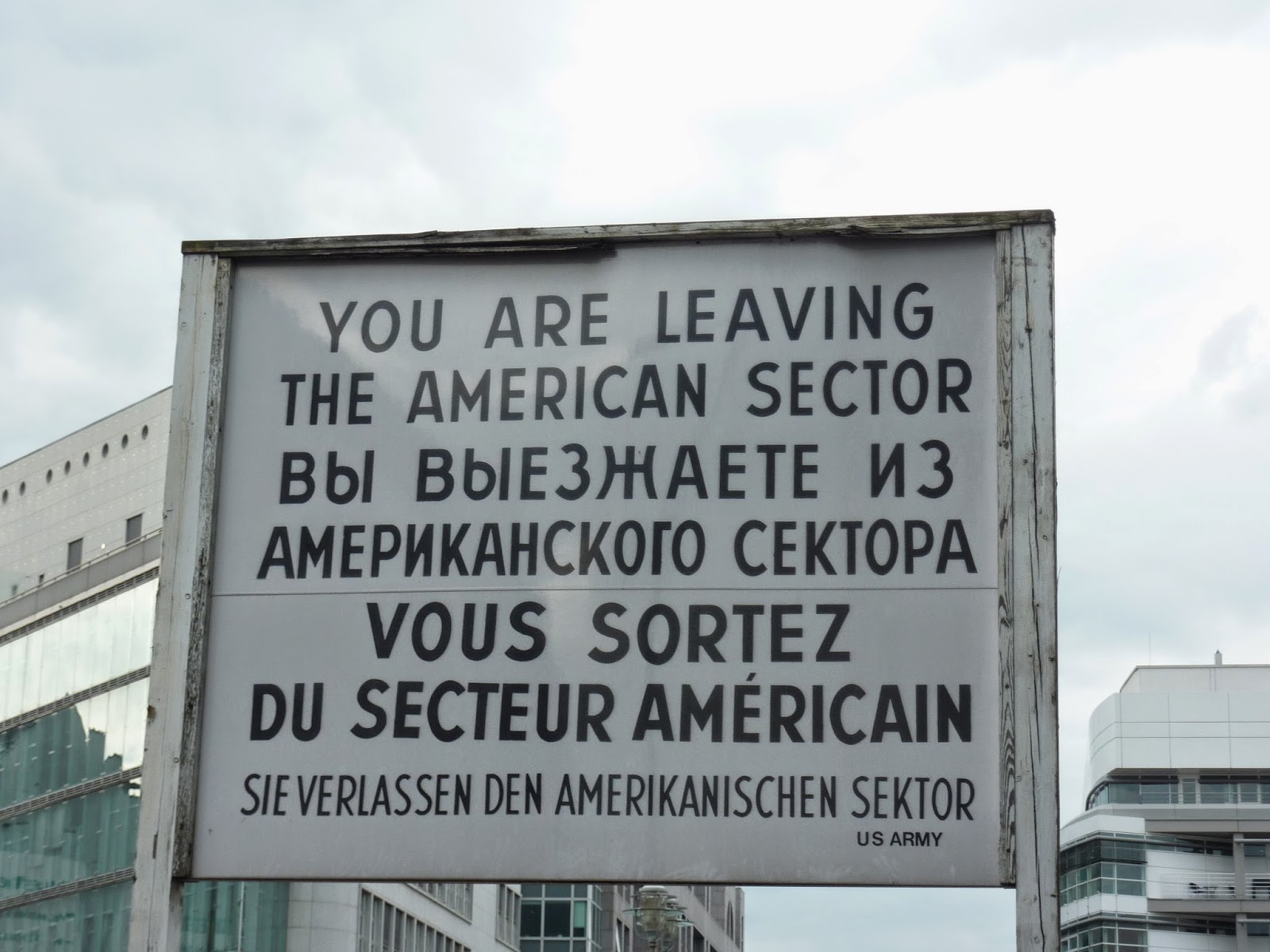 I'm just back from a week in Berlin which was memorable for many different reasons. It's a wonderful city, rich in character and history, and with a very bright future as one of the world's great capitals. Yet it's also a place that has witnessed very dark days. This was my first time back there since the mid-70s when, as a student, I stayed with the Wehymeyers, a pleasant family who lived in an apartment in West Berlin (as it was then) right next to the Berlin Wall. That was another unforgettable week. One ineradicable memory was sitting down to dinner, which was then interrupted by the sound of rifle shots. East German guards, it turned out, were shooting at someone who was trying to escape over the Wall to the West, and to freedom. It was a common occurrence, and the desperation of those people who were willing to risk death or lengthy imprisonment made a deep and lasting impression on me. So did the "live for the day" mentality of the young West Berliners I got to know. There was a real sense of a society on the edge, relatively affluent, yet frightened by the ever-present menace just next door and totally unsure about what the future might hold..

Ever since the Wall came down, I've wanted to go back, and after twenty-five years, I've had the chance to see what has happened in the quarter-century since the brutal regime of the East was overthrown. Capitalism has triumphed, for sure, but it's not as simple as that. There's an engagingly anarchic feel about the East Side Gallery, for instance, where a long stretch of the Wall has been turned into a massive open air art installation. 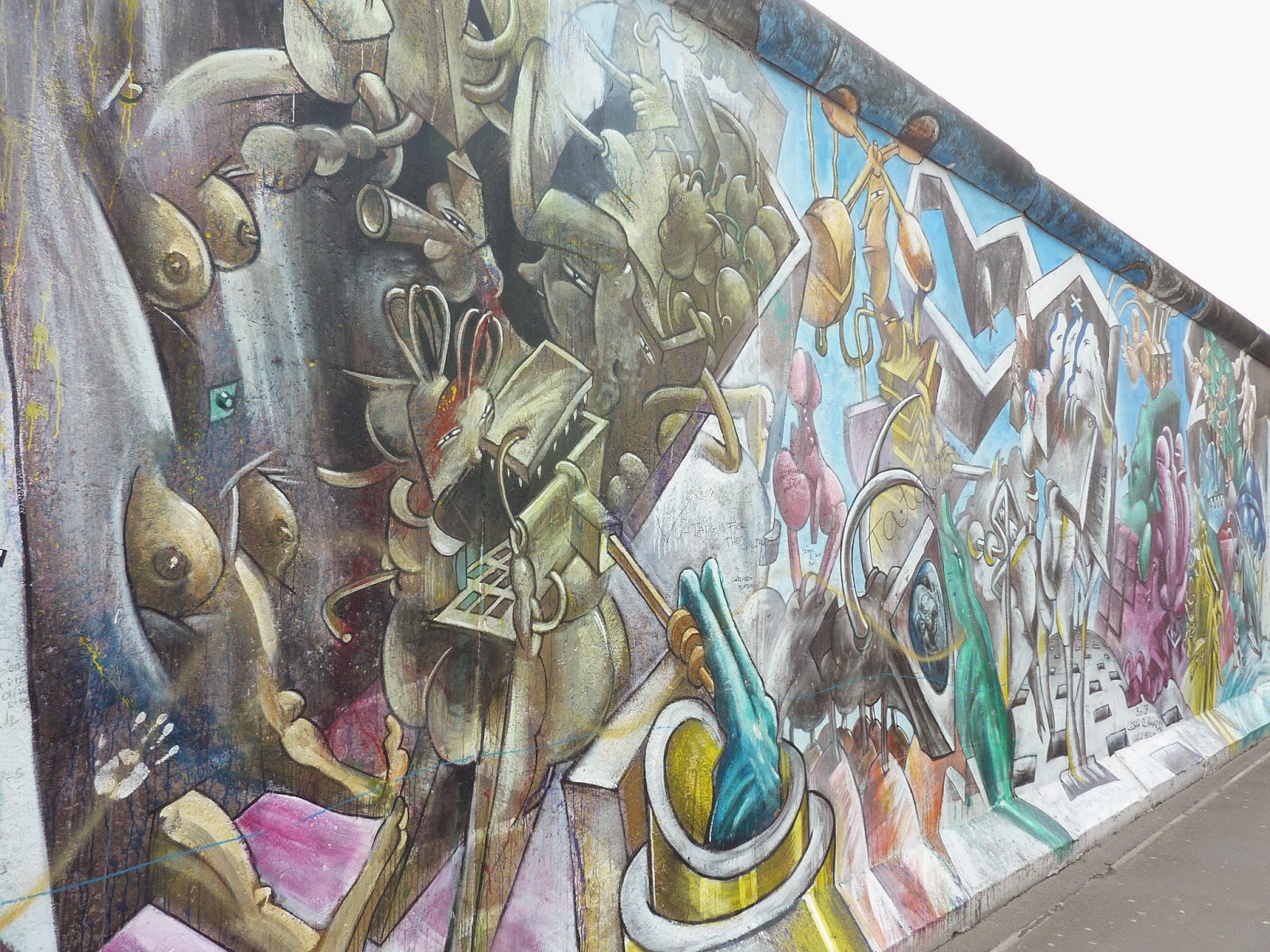 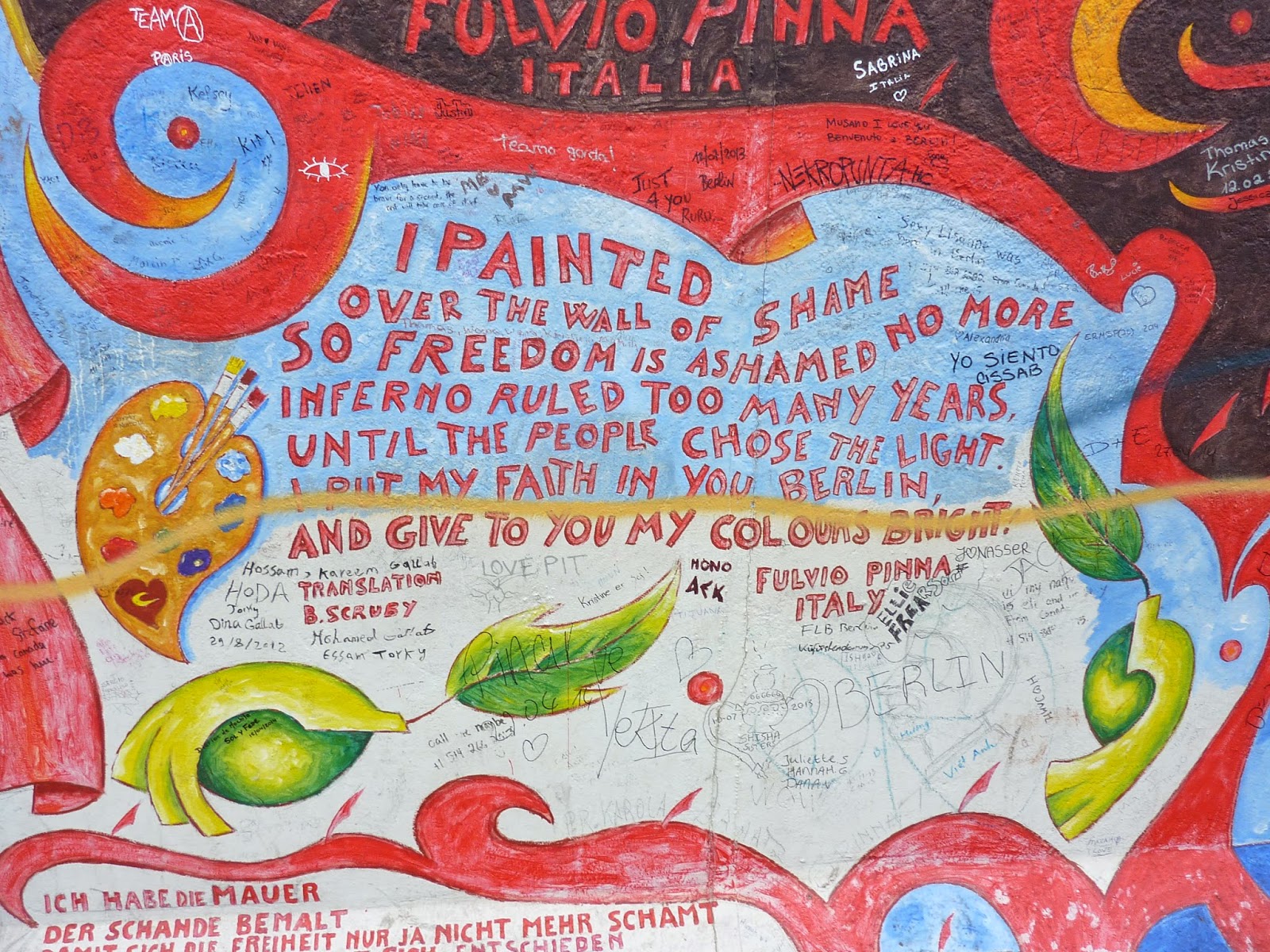 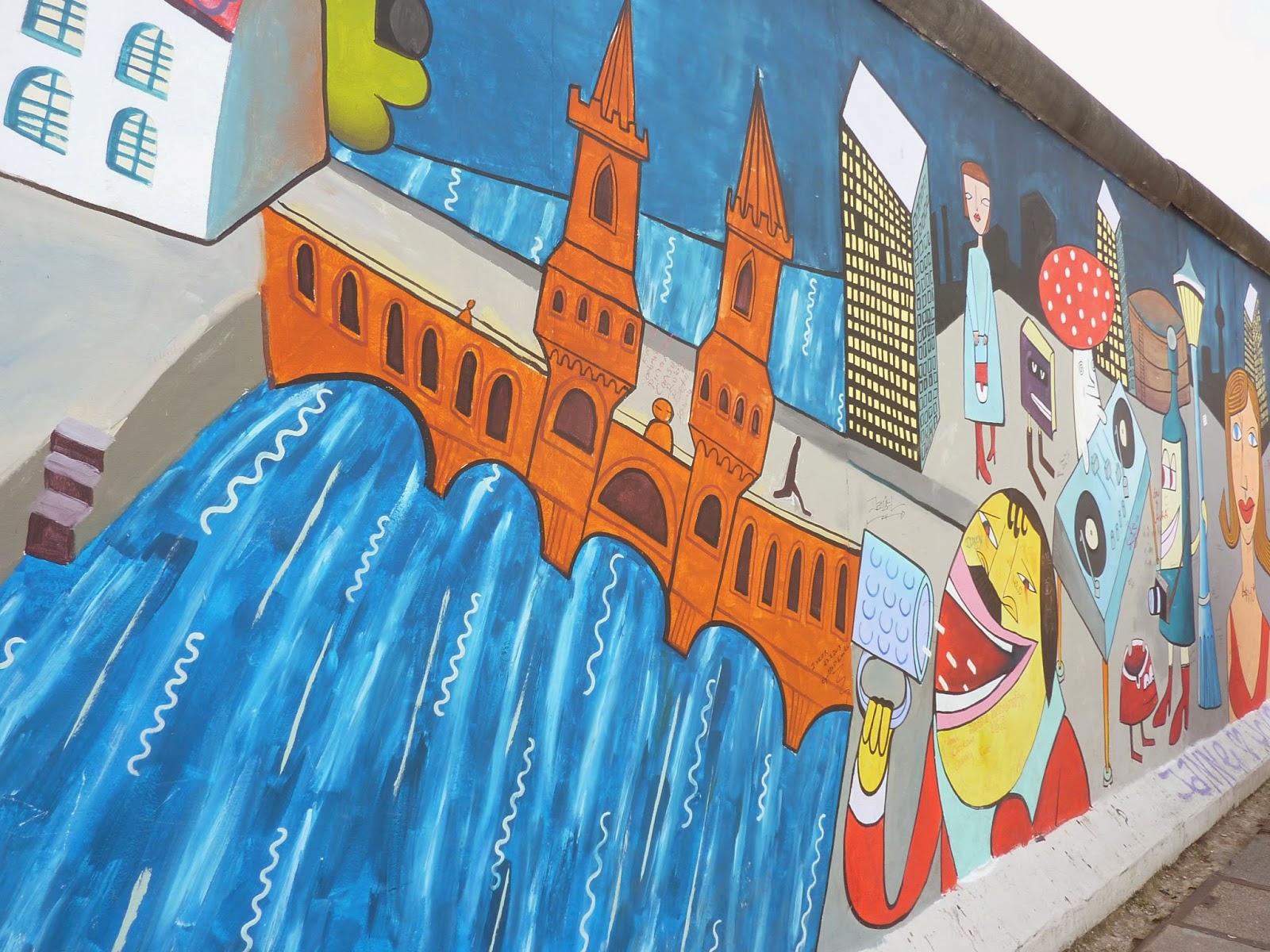 Thinking about the issues raised by Germany's past, and by reunification, has inspired me to start work on a story, "Reunion in Berlin", which involves a crime, perhaps more than one, and yet is more of a mainstream story than specifically a mystery. Time will tell how it turns out, but there's no denying that Berlin offers plenty of inspiration for creativity. I found it unexpectedly poignant, walking among the crowds who pass all the time beneath the Brandenburg Gate and down Unter den Linden. The last time I visited Berlin, that was impossible I went on a pilgrimage with Ute Wehmeyer and her friends to see the Gate, but it was just on the wrong side of the dividing line between West and East. Alexanderplatz, now an extremely busy central hub with a fascinating world clock and the nearby TV tower, which offers wonderful views of the city, was cut off from the West. The large station there was a "ghost station" as far as the West Berliners were concerned. 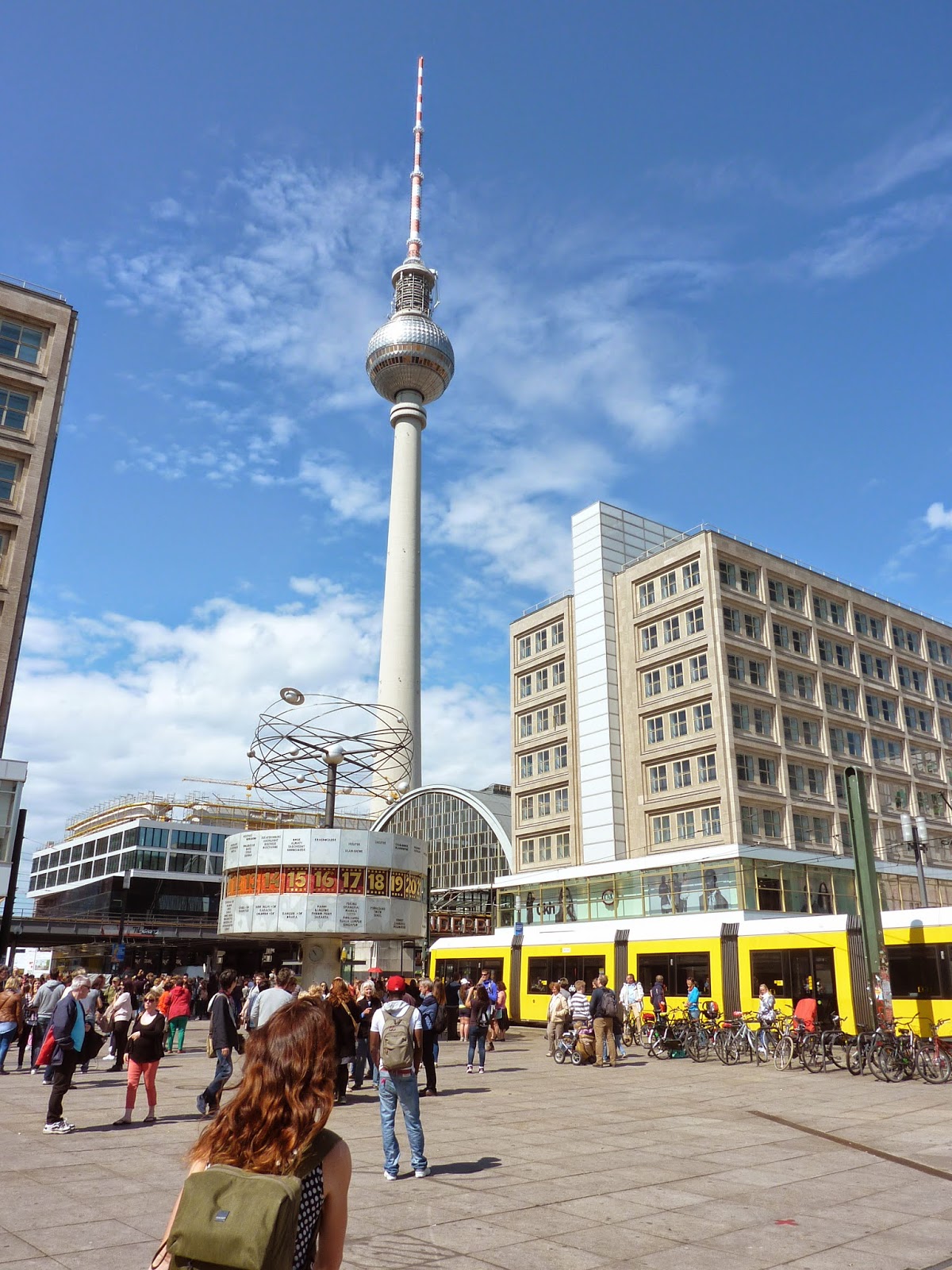 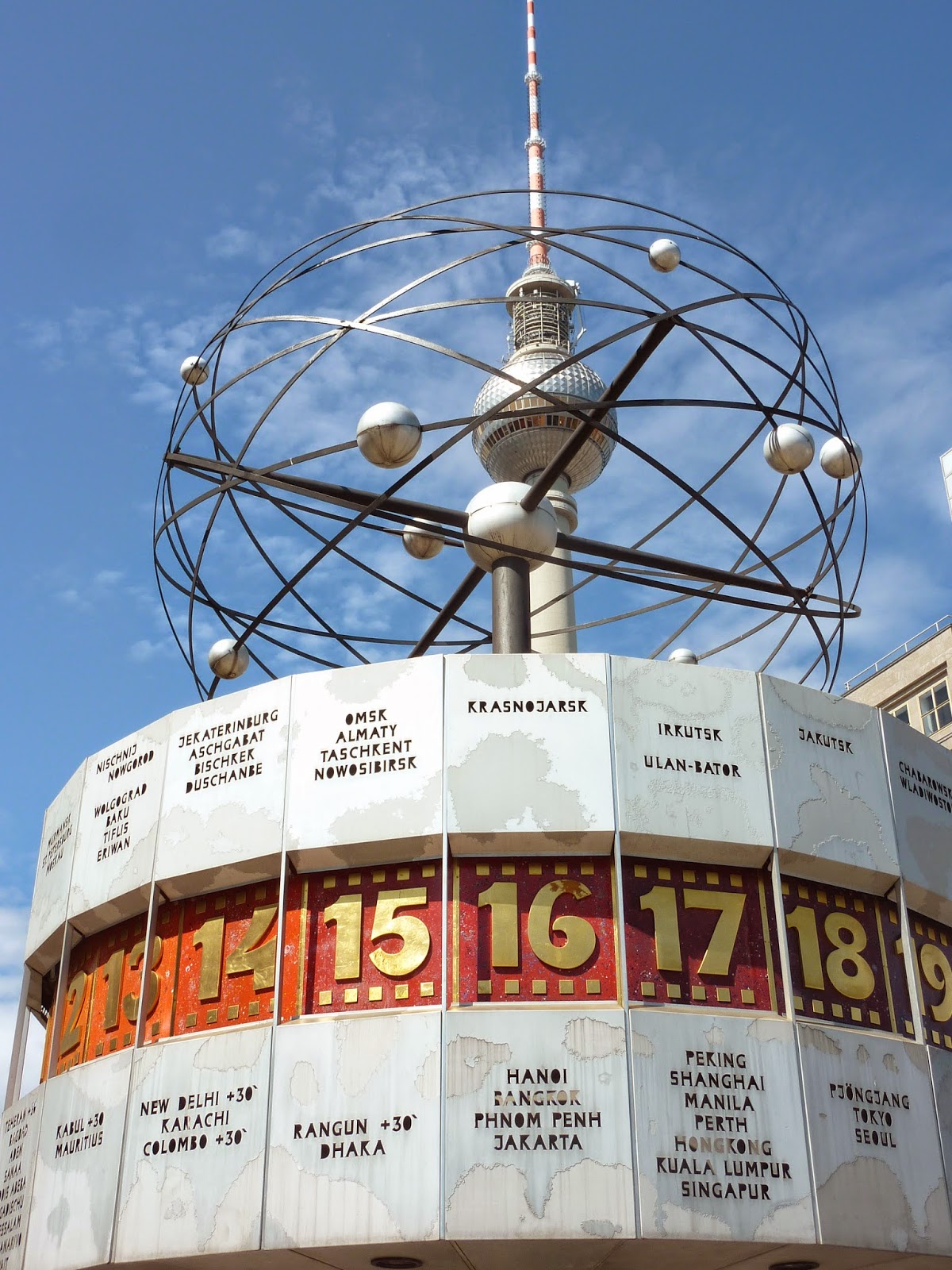 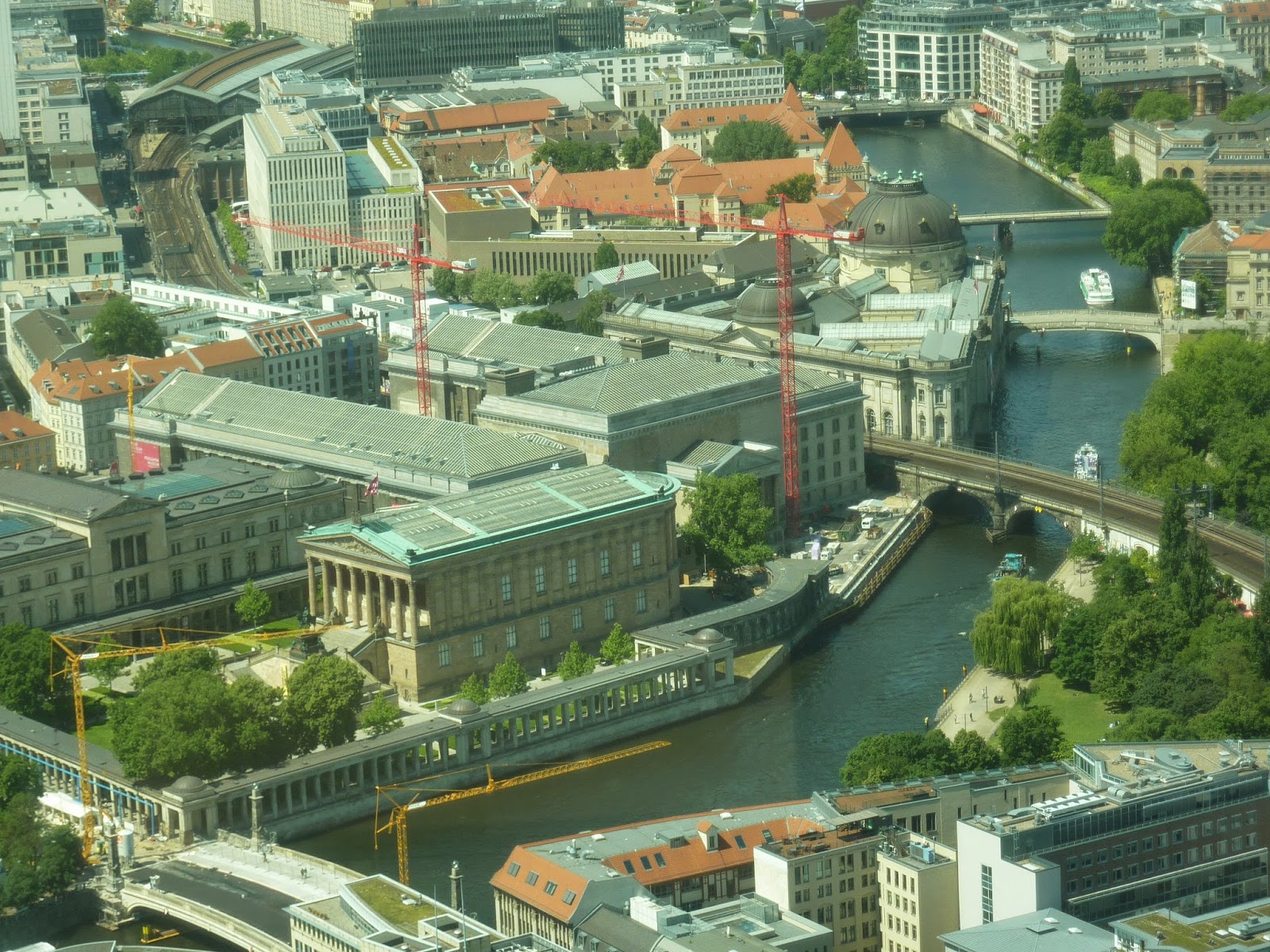 Berlin has, of course, inspired some marvellous fiction, not least some of Christopher Isherwood's books, as well as, in our genre, Len Deighton's classic Funeral in Berlin, Hans Fallada's Alone in Berlin (which I'm just about to start) and Philip Kerr's Berlin Noir trilogy. The story I'm planning to write will try to capture some of the qualities of this city that have helped it to survive and, almost magically, to flourish. Visits to the DDR Museum and the Checkpoint Charlie Museum provided moving reminders of the suffering that took place during the Cold War, while the Memorial to the Murdered Jews of Europe is striking and unforgettable. 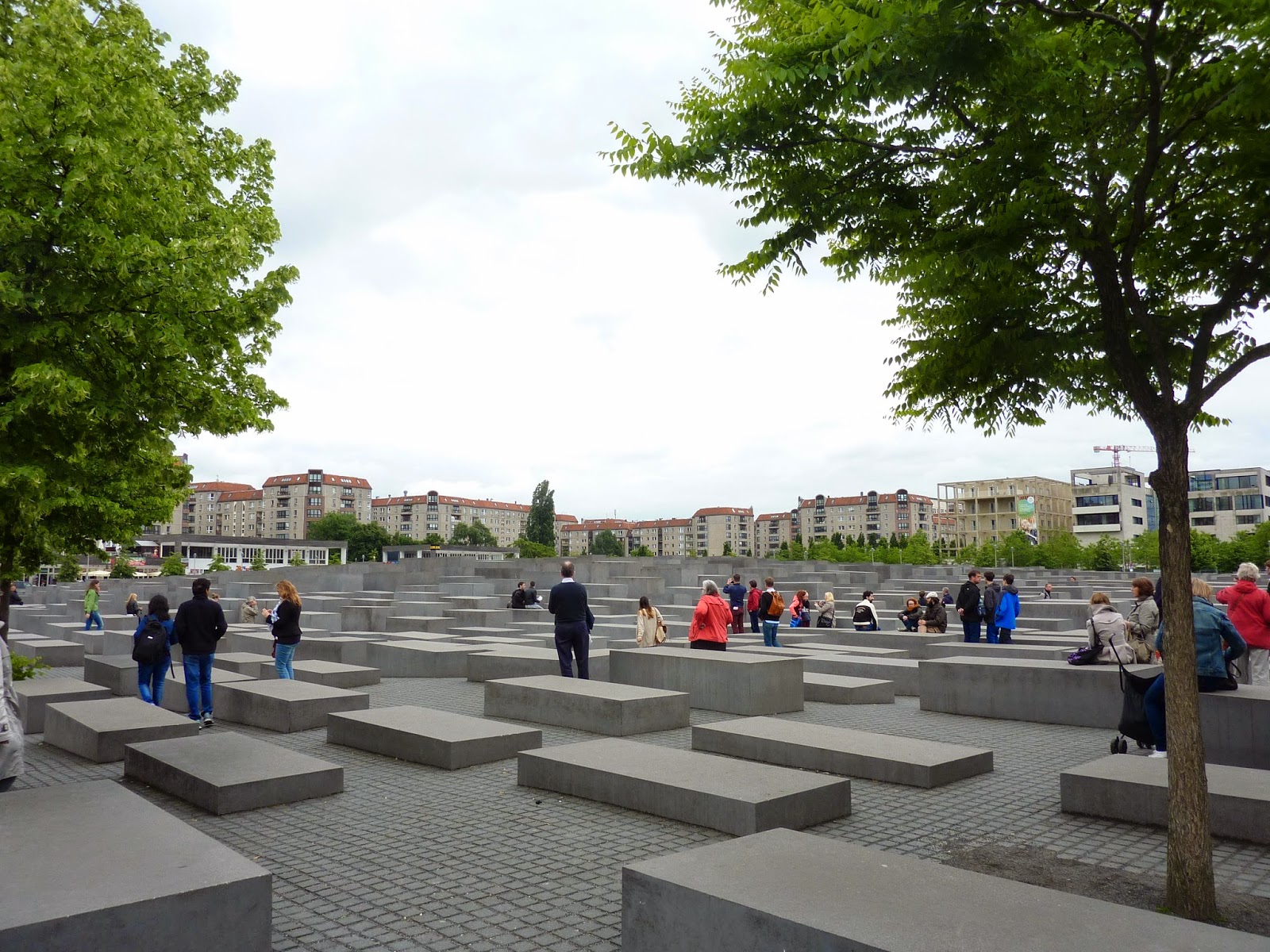 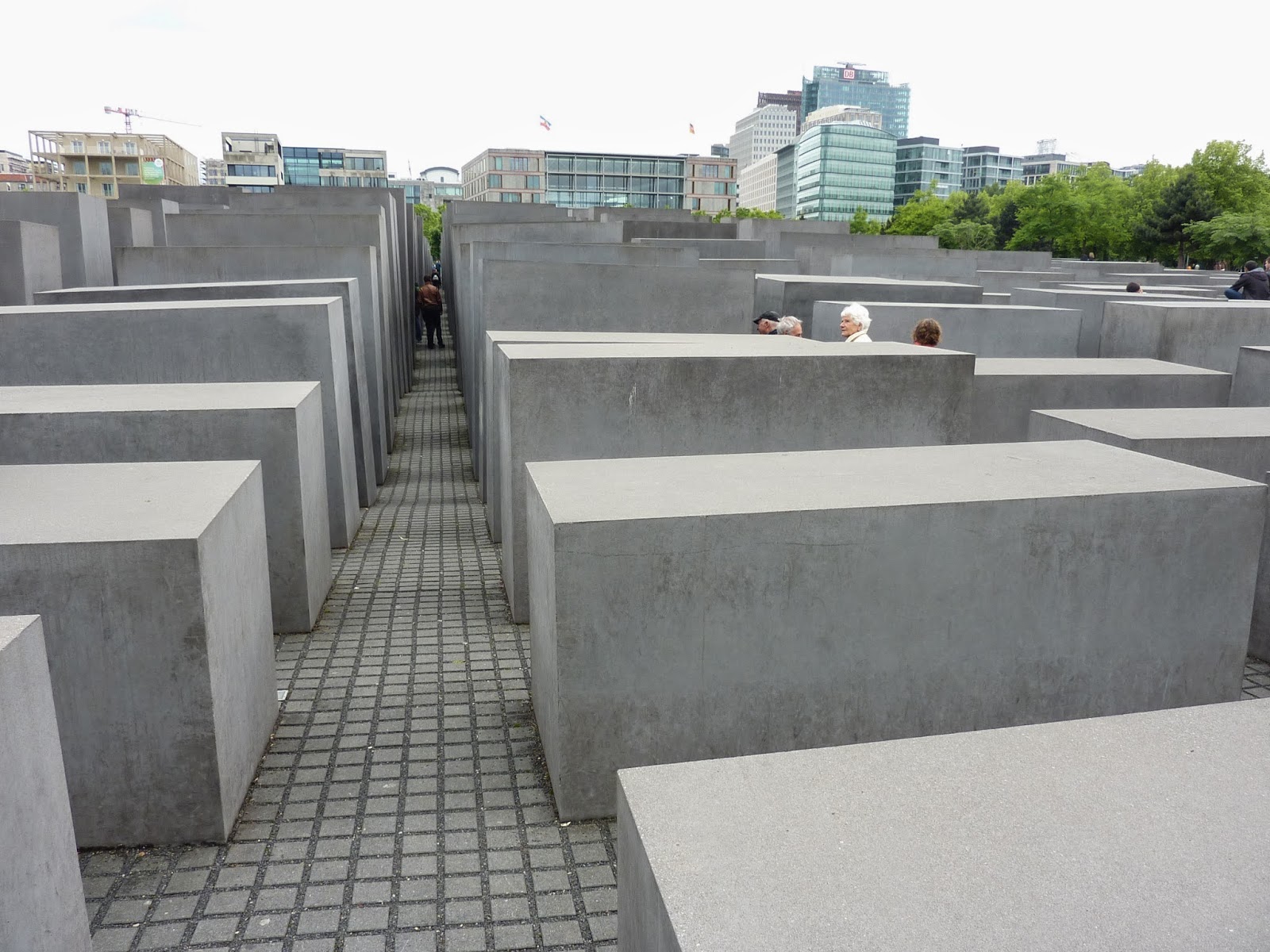 There are far more sights to see in Berlin than one can possibly visit in a week - though I did my best! - but plenty of those I went to will linger in the memory, as will some of the places outside the city that I managed to fit in (more about these tomorrow.) It's an unexpectedly green city, with one of the world's finest botanical gardens, despite the vast amount of construction that is taking place and which is likely to make it an even more irresistible destination. I'm so glad to have got back there at last. And on a personal note, it was a great joy to have a Berlin-based guide, a future journalist by the name of Catherine Edwards. She is 21 tomorrow - happy birthday, and thank you! 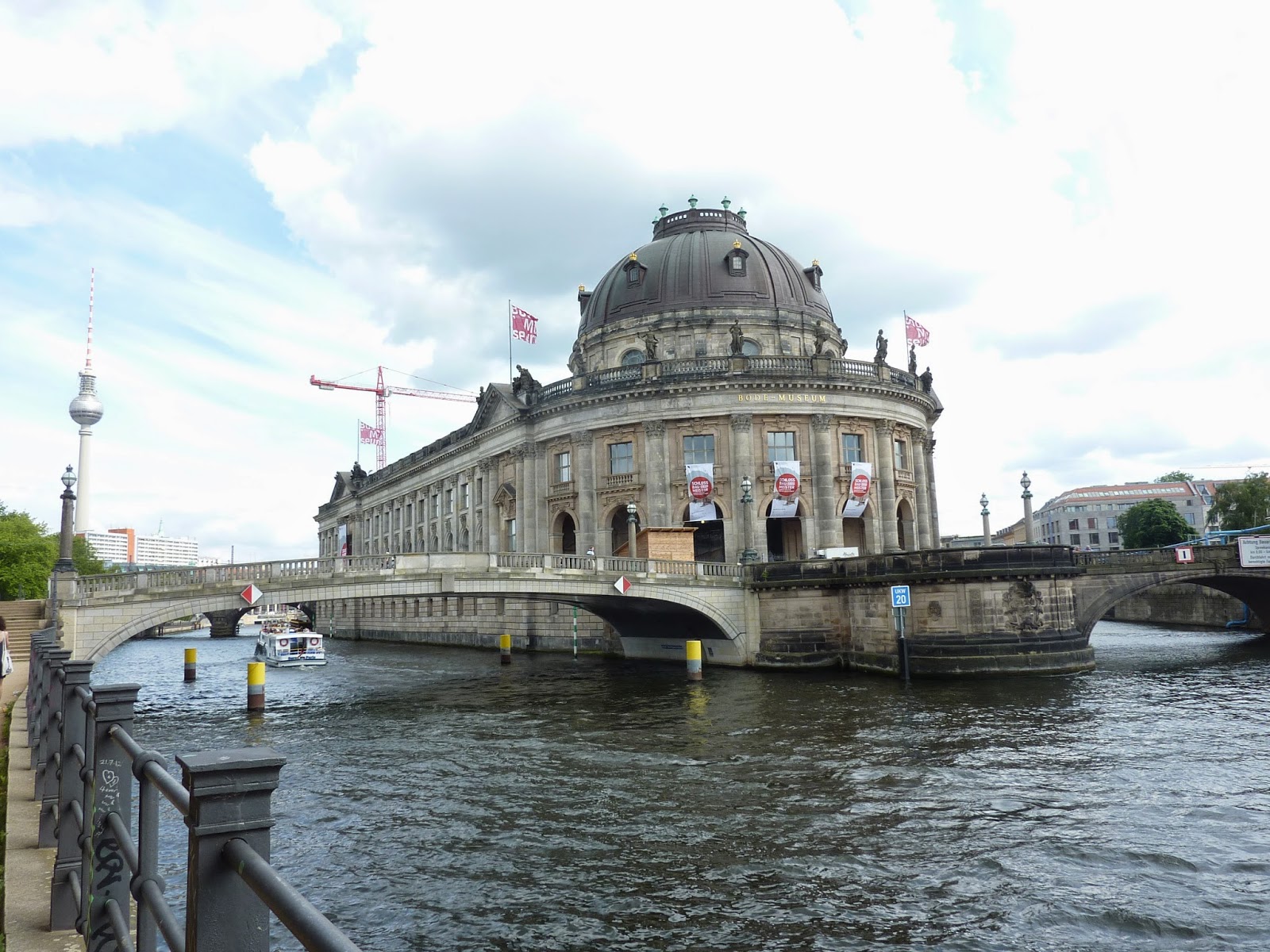 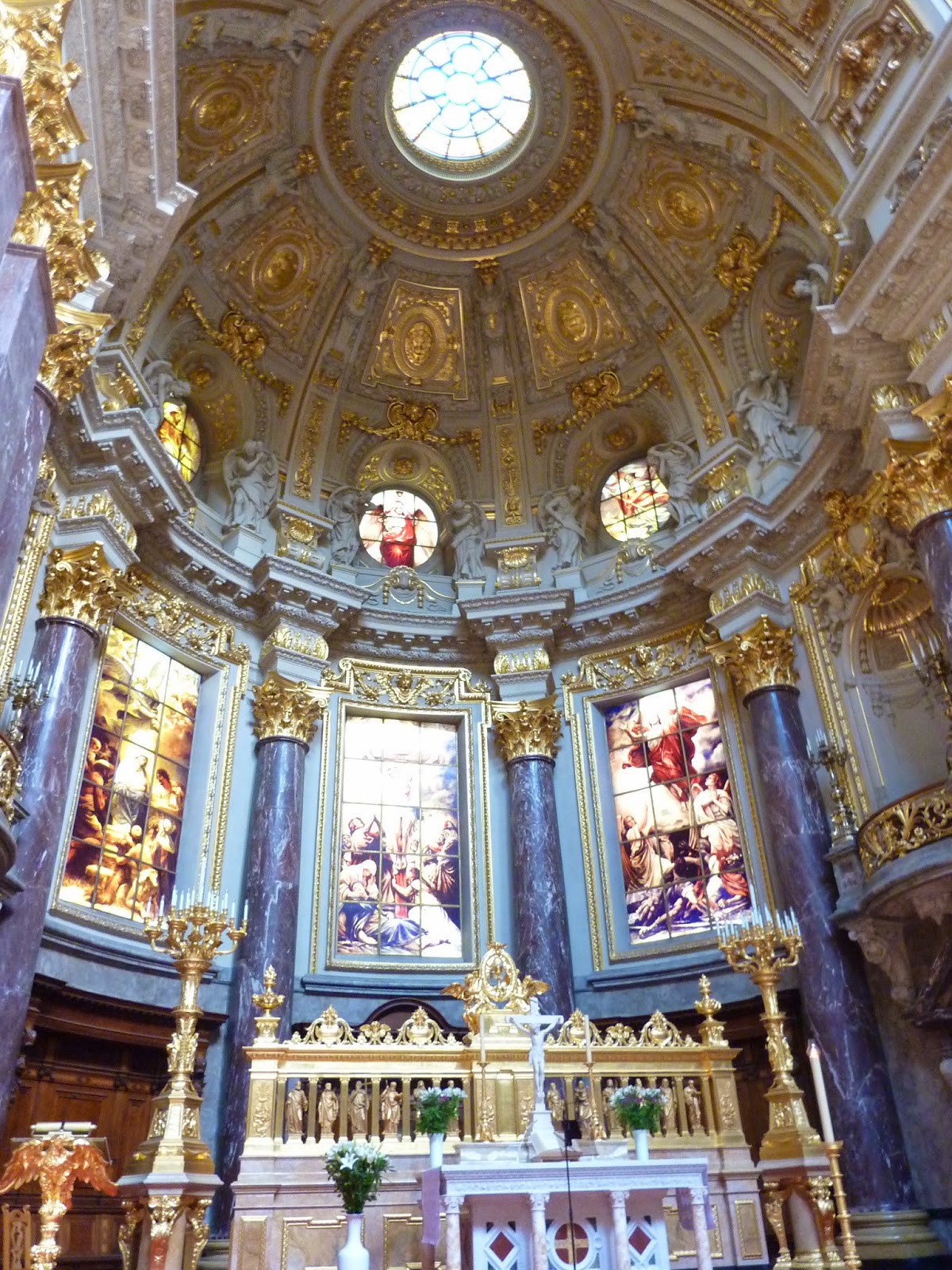 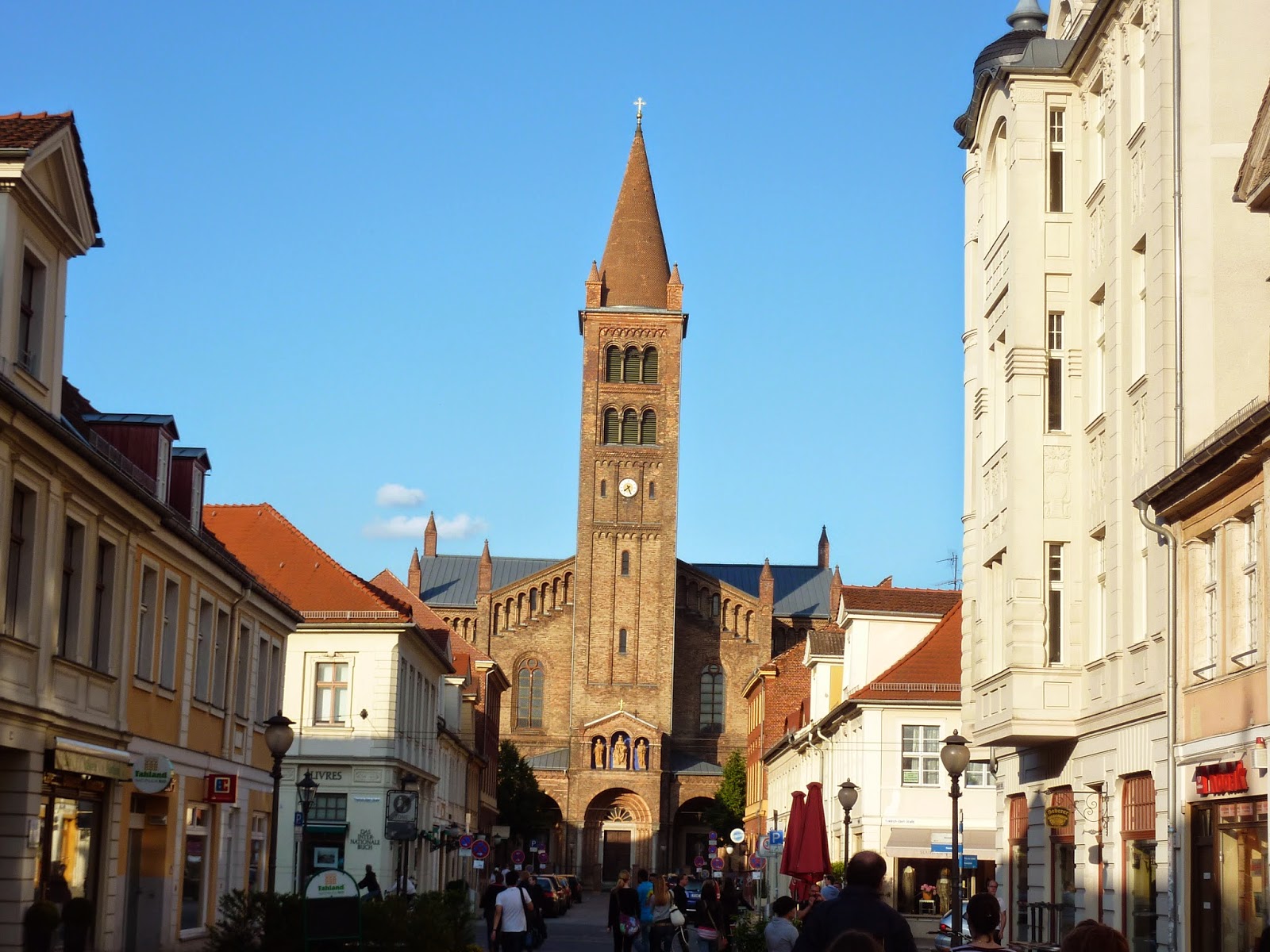 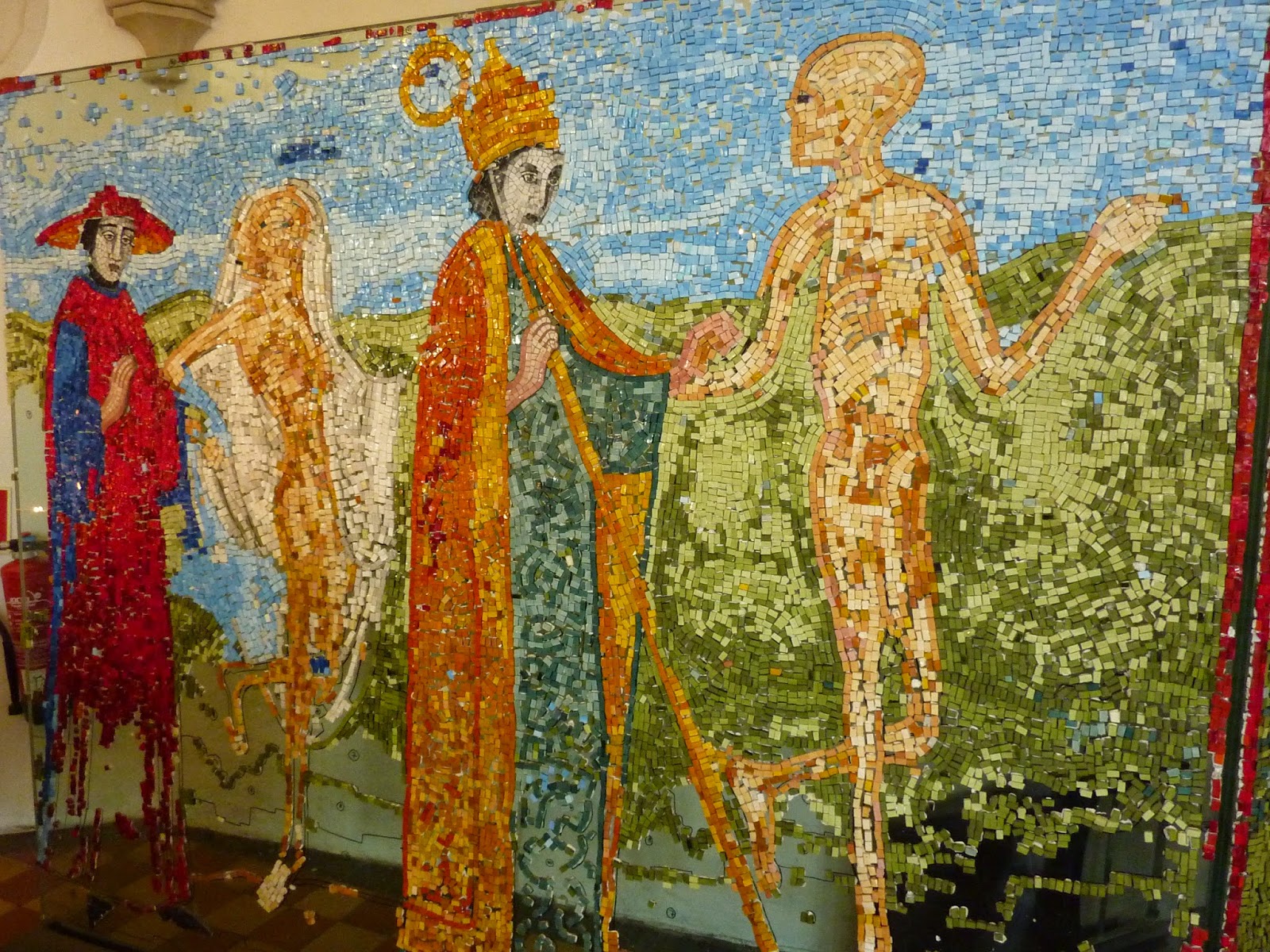 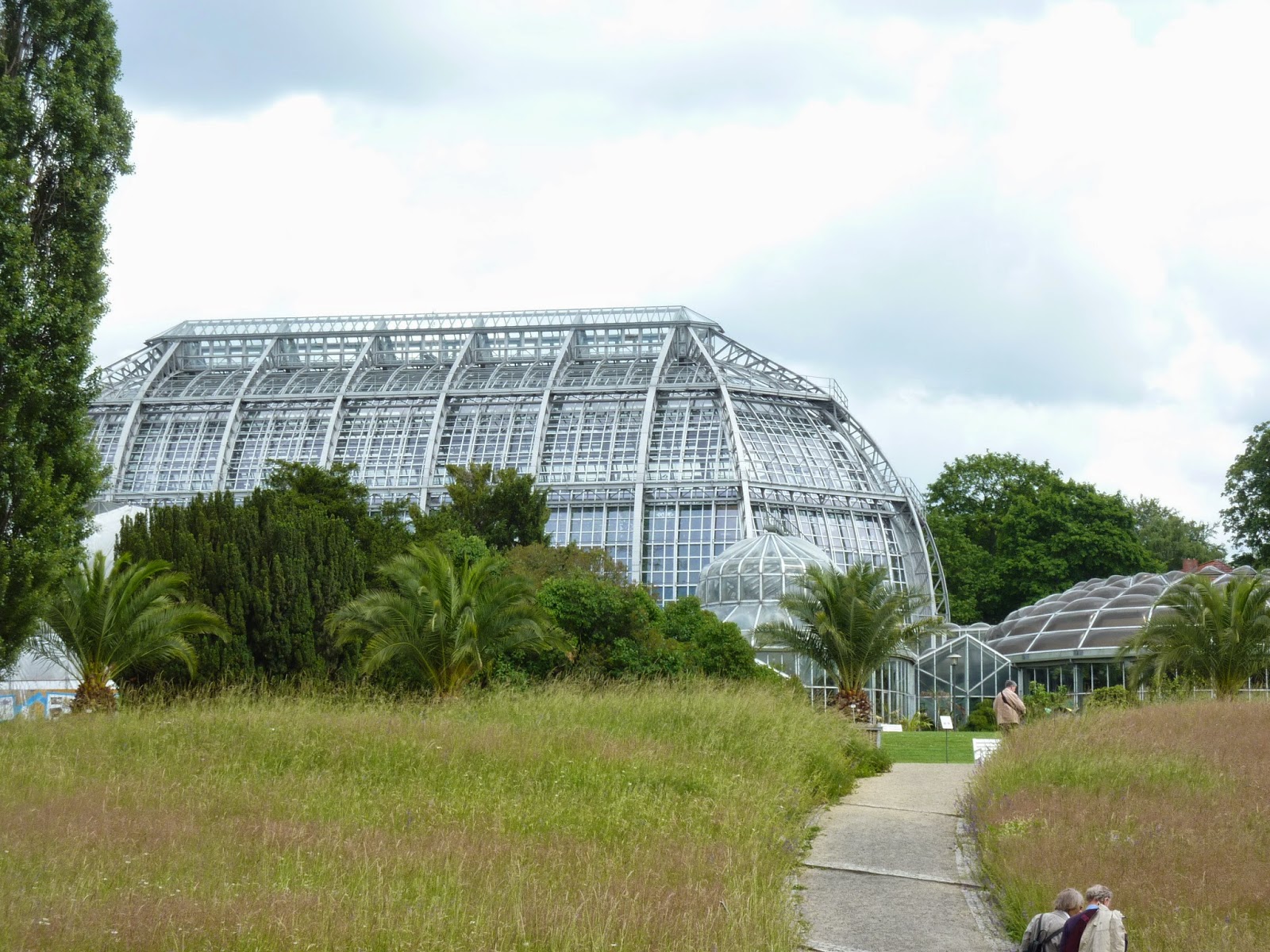 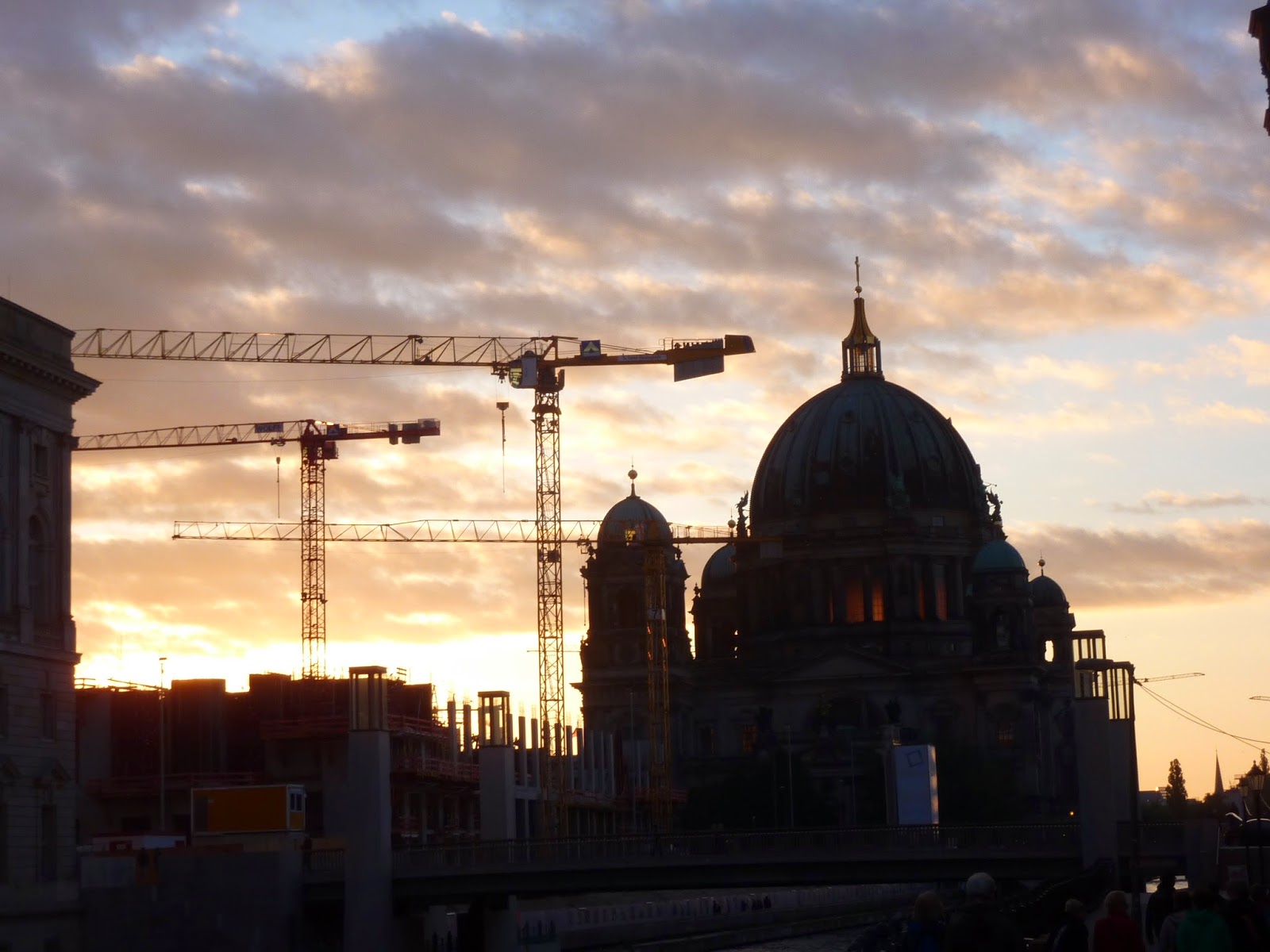 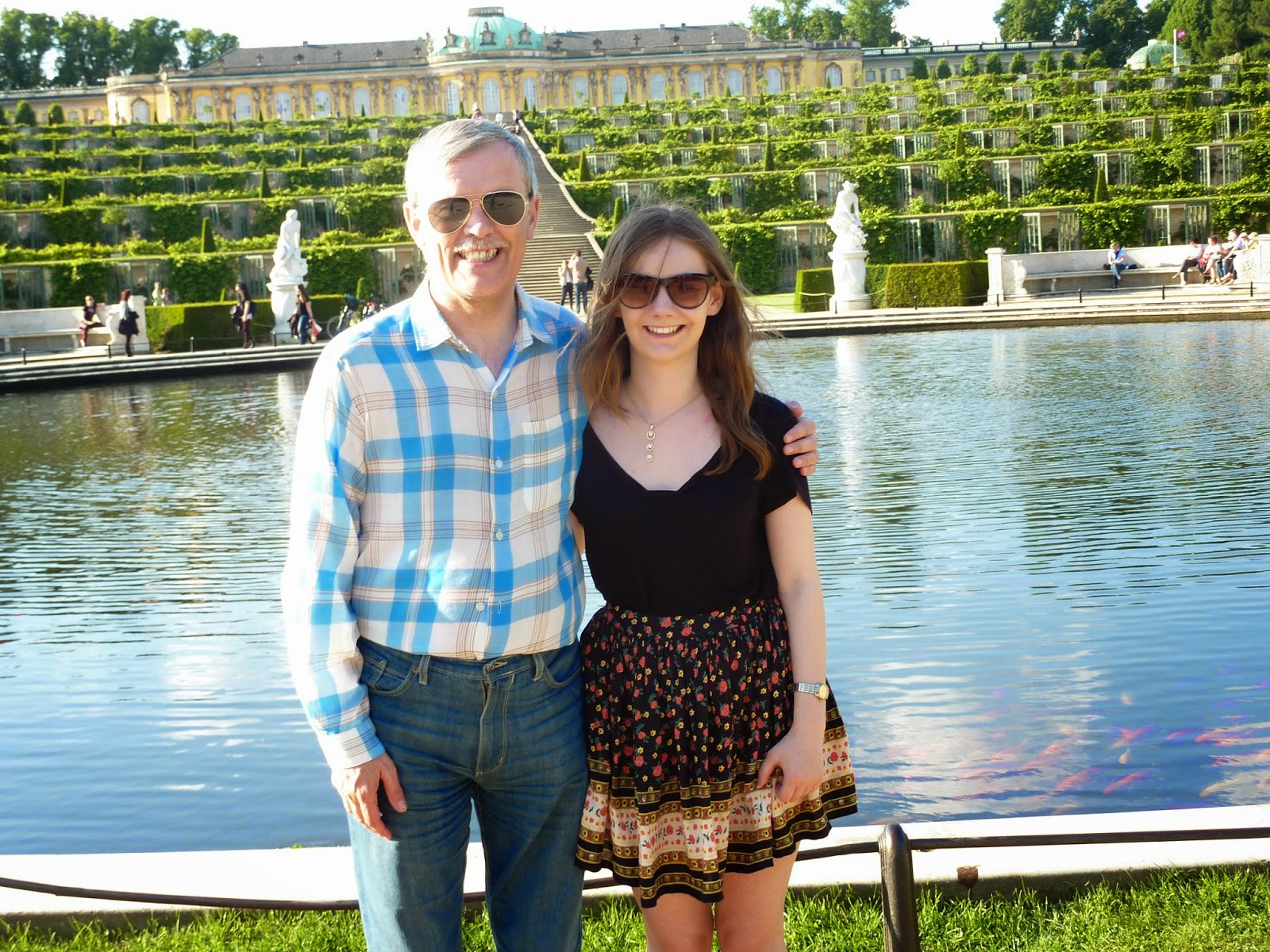 Looking forward to reading the story, Martin. A fascinating city with a fascinating history. But when do you find time to write?!

I was in Berlin about a month ago, and share your fascination and sense of history - the last time I'd been there was just after the Wall came down. Lovely place, and I'll look forward to your story.

BTW you get a shoutout on my blog for recommending an E Ferrars book: http://clothesinbooks.blogspot.co.uk/2014/06/skeleton-in-search-of-cupboard-by.html

To be honest, Christine, I need to resume work right now!
Moira - thanks very much!