The Frozen Shroud in paperback 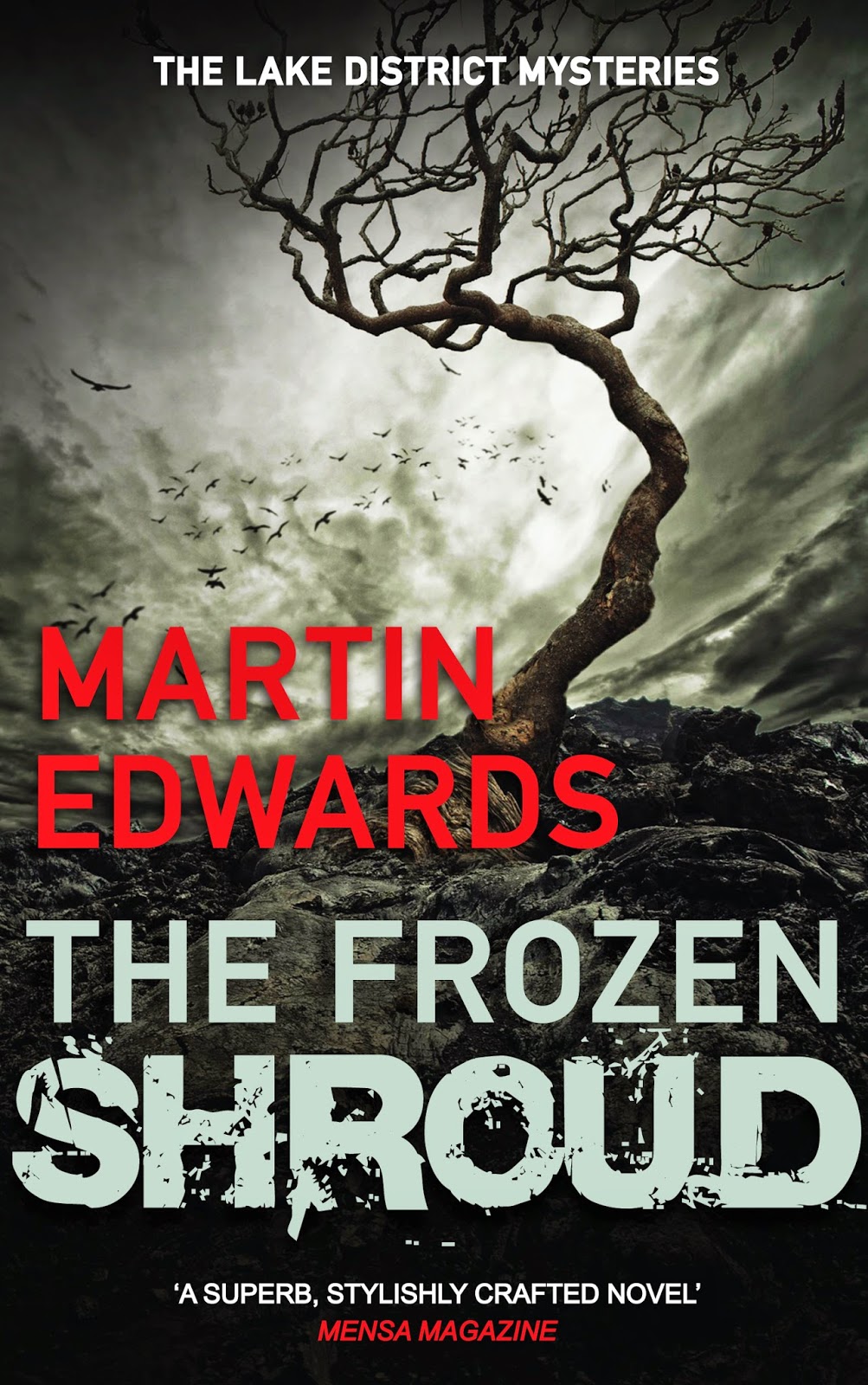 The Frozen Shroud has just been published in paperback by Allison & Busby, a pleasing boost to morale as I work on its successor, which will be the seventh Lake District Mystery. The new book is set on the west coast of Cumbria, but the events of the The Frozen Shroud take place at Ullswater at Hallowe'en. Three women have been murdered in the tiny hamlet of Ravenbank over the space of one hundred years. The question for DCI Hannah Scarlett and her friend Daniel Kind is, of course: what can possibly connect the deaths?

I'm celebrating publication on Wednesday evening at Formby Books, and I'll be joined at the event by fellow novelists Sheila Quigley and Kate Ellis, who also have new paperbacks out. In writing The Frozen Shroud, I made one or two adjustments from my previous approach, as I'm very keen to keep the series fresh and interesting, rather than just repeating a formula. The reaction from people who have read the book so far has proved to be very gratifying. On my website, there is a whole collection of reviews - I felt lucky to receive so many - but here are four which gave me especial pleasure, given the publications in which they appeared:

"Martin Edwards...makes all the characters real, credible, and in the cases of the heroine, DCI Hannah Scarlett...and the slightly less heroic local historian Daniel Kind, highly sympathetic...Writing with scrupulous exactness, but sparing his readers too many disgusting details, he supplies fair clues, an agreeable setting, and a good, gripping, credible tale, which I highly recommend."
Jessica Mann, Literary Review

"Edwards draws on his knowledge of criminal research to interweave a hundred-year-old tale of a jilted wife allegedly killing her husband’s lover—and the legend of the victim’s faceless ghost—with a five-year-old cold case involving a similar murder of the young lover of a wealthy widower. Daniel Kind is in Ravenbank researching the original case when, following a Halloween dance, a third victim is discovered. DCI Scarlett arrives to investigate and the tension between detective and history professor rekindles. In addition to clever plotting and an evocative atmosphere, Edwards has given us a pair of characters whose mutual attraction and repulsion make a perfect recipe for tension."
Steve Steinbock, Ellery Queen's Mystery Magazine

‘If you like your whodunits with a small list of possible suspects and motives à la Dame Agatha; more than one murder investigation happening at the same time à la Peter Robinson; and important links to the past à la the late Reginald Hill, you’ll love this book... I can highly recommend it.’
Joseph Scarpato Jr, Mystery Scene

Great! Just in time for my holiday reading/

I bought this on Friday, finished it on Sunday (I was busy Saturday). Terrific plotting, great characterisation and a suitably creepy Lakeland setting which was a neat contrast to the hot sunshine and attractive city - Lichfield - in which I devoured it!