The Lost Winner by Fei Wu 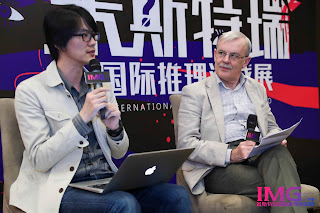 When I visited Shanghai last November my principal host was a young Chinese crime writer, Fei Wu (pictured above). I very much enjoyed our conversations and learned that, in addition to having a story in Ellery Queen's Mystery Magazine, Fei was just about to publish, via CITIC Press, a detective novel of his own called The Lost Winner. But it isn't any ordinary detective novel. It's a story in three dimensions... 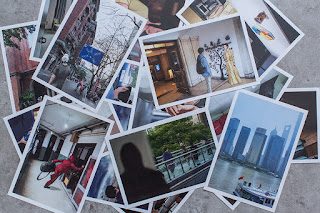 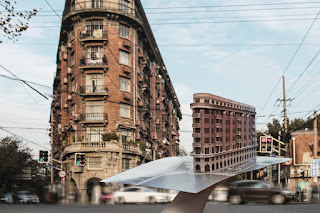 I haven't read The Lost Winner myself, and it has yet to be translated into English and my Chinese is non-existent, but I've seen the book and the associated materials, including a rather wonderful model of the crime scene which I believe contains its own clues to the solution. 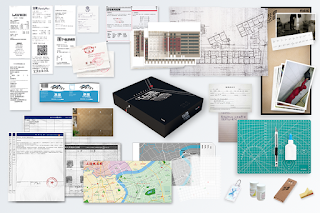 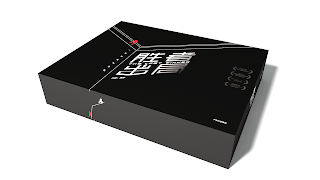 British and American writers of the Golden Age made steps in this direction. One thinks of Evelyn Elder's Murder in Black and White, with clues in the illustrations, and of Francis Beeding's The Norwich Victims and the less renowned but very interesting No Fury, both of which contain photographs. And there are other examples, but nothing on this scale of ambition. The closest to it that I can think of are the Crime Dossiers of Dennis Wheatley and J.G. Links, starting with Murder off Miami, and the American versions of them, with compilers including Q. Patrick among others. 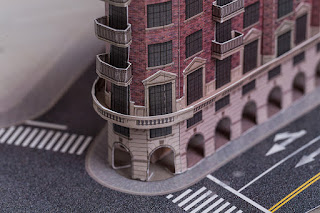 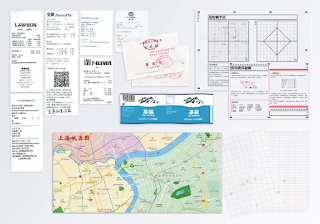 Fei Wu's book shows that the traditions of the Golden Age mystery are not only alive and well and enjoying popularity in unexpected parts of the world, but also that the tropes of classic crime are flexible and capable of ingenious adaptation. And, as the picture below suggests, construction... 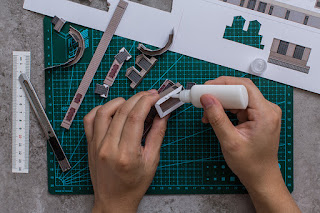 Thanks for this post, and sharing your experiences engaging with the up and coming mystery writers in China! My Chinese is somewhat existent, and so your post has piqued my interest. Will go hunt for a copy...

Wow, this is a brilliant idea. Especially the paper craft 3D model. I think this would be awesome especially in locked room and other impossible crime stories. Instead of just relying on the text description or the diagram of the locked room, the paper craft will allow direct visualization of the crime scene. This is especially useful in tricks that rely on mechanical or weird architectures. Not to mention it will make a nice display. I wonder whether Japanese mystery authors have tried this, especially because children magazines in Japan often include intricate but cheap and easy to construct paper craft models (e.g. working ATM, working crane game machine, etc.) as a bonus in their magazines.
That being said, this sounds like an interesting book. I wonder whether there is a chance of this to be translated into English, complete with all the clues.