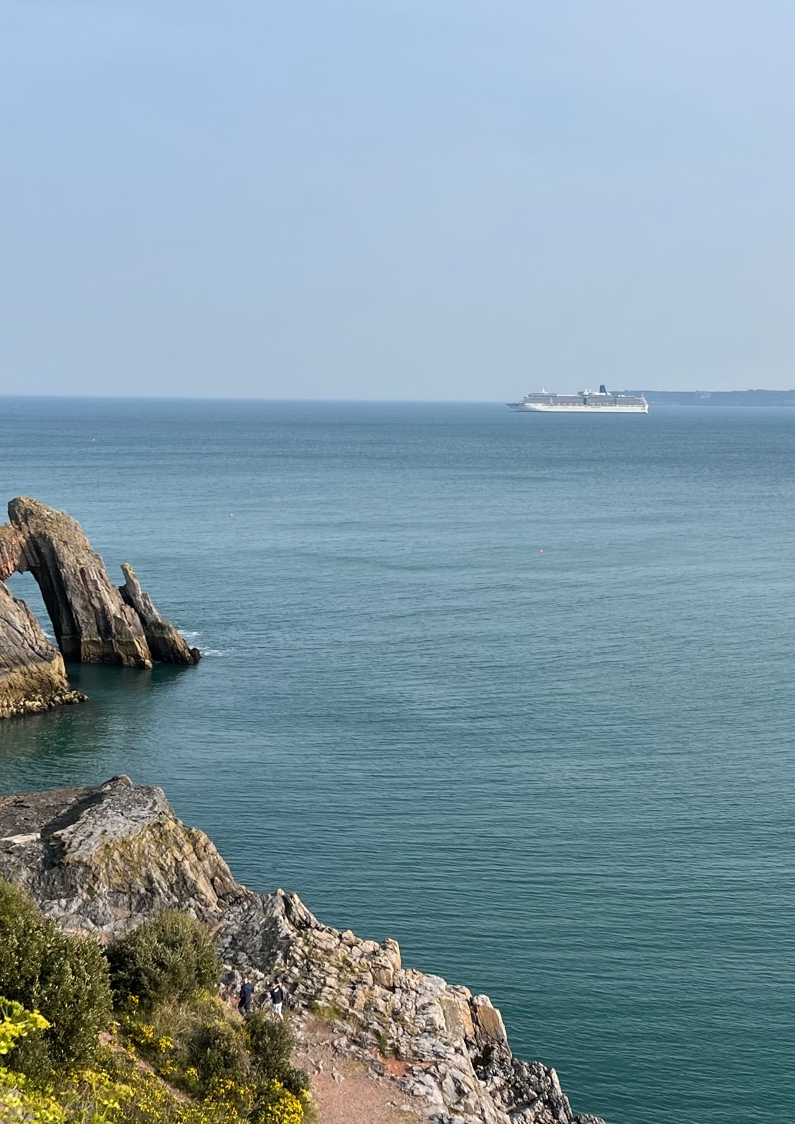 Last weekend Mrs Edwards and I made the long journey to Devon to join the CWA's annual conference at the splendidly located Imperial Hotel in Torquay (the photo shows 'London Bridge', a rock formation just around the corner). I say 'annual', but because of the pandemic, this was the first conference since Windermere in 2019, which also marked the end of my time as Chair of the CWA. To be able to see so many old friends (and meet some lovely people for the first time) was a joy. Zoom is great, but there is something special about being able to share jokes and stories with other people in person.

Incredibly, 32 years have passed since I first attended a CWA conference in Torquay - that one coincided with the celebrations connected with the Agatha Christie centenary and it was a truly memorable occasion, with a trip to Greenway, still at that time owned by Agatha's daughter: it was my only encounter with her. This time, the organisation of the conference was overseen by Michael Jecks. He and his team did a terrific job. The fact that I've been involved with helping to organise a number of recent conferences gives me an added appreciation of the work that goes into making things run smoothly. It's not an easy job and I must say that I relished not having any responsibility this time - other than to enjoy myself. 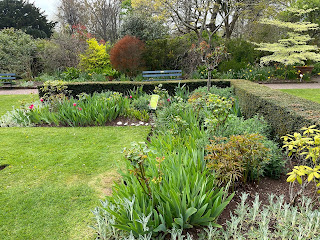 Another trip to Greenway was on the programme this time, but having stayed there not so long ago, we opted to explore Torre Abbey instead. When I've been in Torquay in recent years giving talks at the Agatha Christie Festival in the Spanish Barn in the Abbey grounds, I've never had time to look round the place properly. It was definitely worth doing - and visiting the Agatha Christie Poison garden was a special bonus - see the photo above.

At the conference itself, there was a wide range of talks. Perhaps the stand-out was Harry Tangye (nephew of Derek), an excellent speaker, but I was also very taken with an ex-cop and jailbird turned cagefighter who has, in the time-honoured phrase 'turned his life around'. On Friday evening there was a reception at the local museum, which has one room dedicated to Agatha. The after dinner speaker at the banquet on Saturday evening was Victoria Dowd, who will be joining me on a panel at CrimeFest before long. Allan Martin kindly inscribed a copy of his new book for me, while I was glad to hear, among other things, that Derek Webb's plays are going great guns, as are Maxim Jakubowski's anthologies. I enjoyed a fascinating banquet chat with Stella Jakobi and also a meal with Frances Brody, Kate Ellis and Christine Poulson.  It was also good to see Keith Miles and Cath Staincliffe on the longlist for the Dagger in the Library. All in all, great fun.