Following the Detectives in Oxford 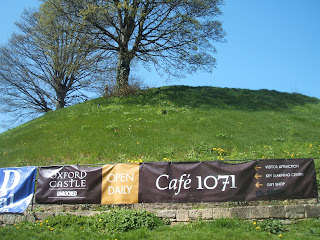 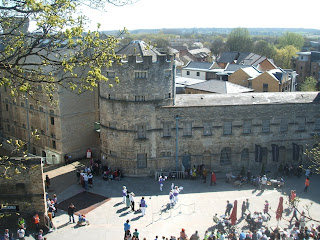 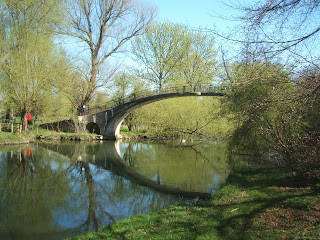 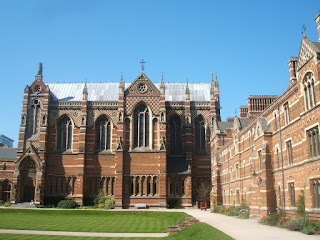 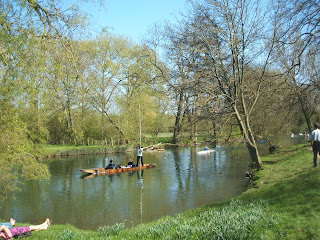 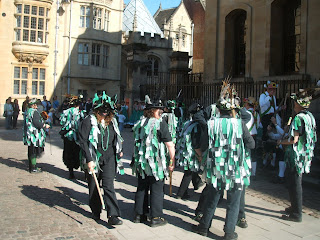 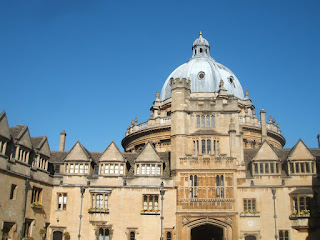 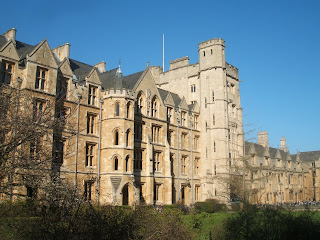 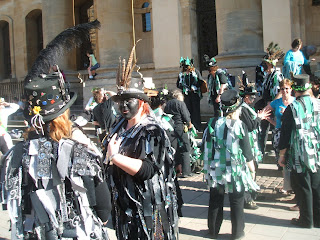 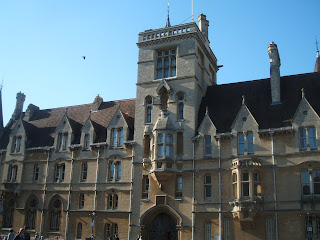 Last week-end I returned to Oxford, subject of the second of my essays for Maxim Jakubowski’s forthcoming book on scenes of crime fiction, Following the Detectives. In the April sunshine, the city of dreaming spires was looking at its photogenic best.

One of the most intriguing developments in Oxford’s recent past is the transformation of the city prison into a luxury hotel. It featured in an episode of Lewis a while back. The castle is also accessible nowadays, and for the first time ever I had lunch there, and also climbed the castle mound, which commands rather good views of the city centre.

Wandering around The Parks, and some of the college quadrangles, I was reminded of the pleasures of watching Inspector Morse, and of course the books of Colin Dexter are extensively referenced in what I wrote for Maxim’s book. There are, however, a good many other writers who have set crime novels or short stories in Oxford. I was even responsible for one of them myself. ‘The Mind of the Master’ is set in 19th century Balliol, and introduces the legendary Master of Balliol, Benjamin Jowett as a a sort of proto-Sherlock Holmes.

Over the week-end there was a folk festival in Oxford, and the city centre was full of Morris dancers. I know of at least one very successful crime writer who is a Morris dancer, and I believe that Morris dancing featured in at least one of the novels written by Gladys Mitchell. It’s a curious English tradition which, to judge from the enthusiasm on display in Oxford last Saturday, is in no danger of dying out. So – who will write the next Morris dancing murder mystery?

Martin - Thanks so much for sharing those wonderful 'photos of Oxford. As soon as I saw them, I thought of Colin Dexter and his Inspector Morse series. Having read this post, I'm now even more enthusastic to read Following the Detectives.

Well, it could be someone right here in Santa Cruz, actually. We have a dedicated, dare I say indefatigable group of Morris dancers here, who welcome in spring and, uh, a bunch of other stuff right here in front of the bookstore I work in.

I don't know if anyone would actually kill a Morris dancer for being the fifteenth one to walk jingling through the store, but I will say it's a close call.

Of course, the absolute classic folk dance murder mystery is Ngaio Marsh's Off With His Head.

The prison was transformed into a luxury hotel? Cool repurposing!

It is great to see your photo posts. And Oxford is a town I always want to return to.

I wonder what Morse would think about Morris dancers, though. Wouldn´t he see them as sissies?

Hi Fiona - to my shame, I haven't read that one. Does it really feature Morris dancers? If not, do tell us more about the folk dancing element.

Elizabeth, 'cool repurposing' is a lovely phrase, very apposite. Thanks!
Dorte - yes, I think he would. But actually, I wouldn't agree.

I'm glad you don't think morris dancers are sissies! It's extremely energetic and takes a lot of dedication to do it well; there's nothing more cringe making than seeing bad morris dancing! After all, it's done for public entertainment and although dancers choose to do it because they enjoy it the raison d'etre is public performance.

Sorry, I mustn't get carried away or I shall bore for England on the subject.

Off with His Head is great fun! Marsh obviously studied various English folk dance traditions and admitted that she combined several elements into one dance, described in detail....I highly recommend it.

I saw that episode of 'Lewis' and the prison turned hotel looked most intriguing. You may have already blogged on it, Martin, but I'd be interested to hear your verdict on 'Lewis'. I avoided it for a while, thinking it would be a letdown after Morse, but in my opinion it's even better. Lewis's sidekick Hathaway is a really interesting character.

Fiona, many thanks. In view of your recommendation, I shall put that book on my lengthy list!

Janet, my reaction was exactly the same as yours. I avoided it at first but then watched one episode and really enjoyed it. I agree about Hathaway, a very good creation, nicely acted.

Love your view of Oxford. Wish I could have been there.
We have a lot of Morris dancing in Berkeley. I'll be blogging about it later today.
There are several mysteries which feature Morris Dancing, and I'll add them to my list. Death of a Fool by Ngaio Marsh is my favorite.