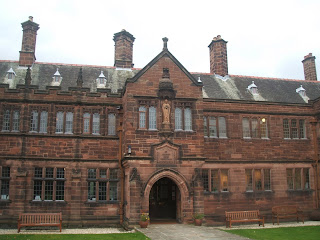 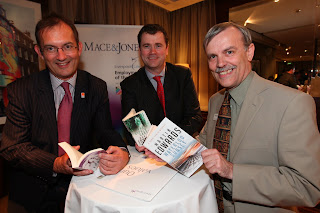 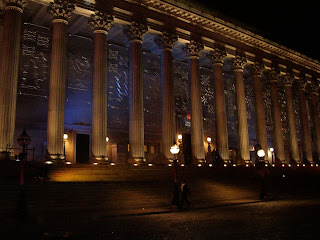 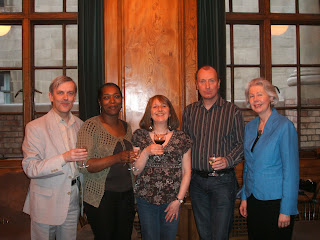 Book launches are great fun for an author, but are they really worth doing? I've heard varying opinions on the issue - just as views differ as to the value of book signings. I've been to plenty of launches by other authors, as well as having a few of my own, and I've enjoyed them. Maybe the key question, though, is: what do you expect to get out of them?

For writers like me who do not sell in vast quantities, realistically, part of the rationale for a book launch is simply to have a good time in the company of like-minded people. Selling books is a bonus, not the main purpose. For bestsellers, of course, it's different, mainly a commercial enterprise. But a launch which focuses just on selling isn't terribly attractive in my opinion.

Having a distinctive venue for a launch seems to me to be part of the fun of it all. I've been lucky in this respect. In the past, my launches have taken place at such terrific locations as Manchester Central Library (M.O., the CWA anthology), The Hard Day's Night in Liverpool (Waterloo Sunset) and St George's Hall in the city (Dancing for the Hangman.) Nights to remember and I'm optimistic that 28 July will be equally memorable.

Martin - You raise an interesting point about book launches. I agree with you that if they're simply commercial events, that takes a lot of the fun out of it. The same is true of signings. But if you go into them with the goal of interacting with people, meeting readers, getting ideas and so on, they can be very good experiences. I think readers prefer that approach, too.

I agree with you sentiments on book launches ... although I have never had one and 'sales person' and 'marketting' are not traits that I possess, so I would be content to be there for the 'craic' and any book sales, as you suggest, would be a bonus.

Love the pictures! It looks like a wonderful launch. Congratulations on the upcoming launch of "The Hanging Wood," Martin!

Margot, I think you're spot on about readers.

Aguja, I'm no salesman either, but I hope when you have a launch you'll really enjoy it.

Elizabeth, thanks very much.