The life of a writer 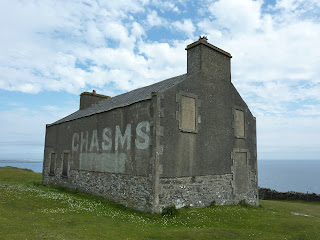 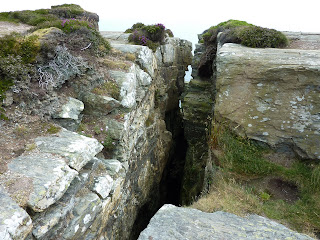 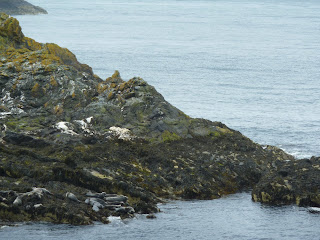 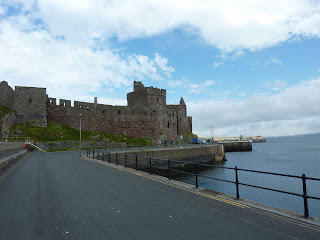 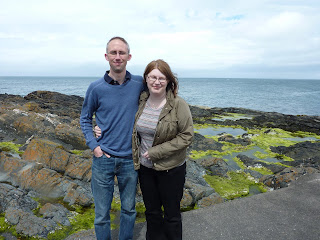 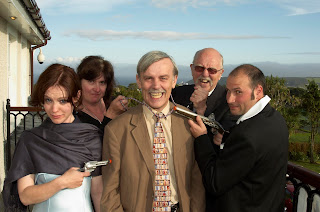 The life of a writer has its ups and downs, but what life does not? Overall, it is an enormous privilege to be a published novelist, and there are many incidental pleasures to the lifestyle (which I've never been able to pursue full-time, but I'm sure that one day it will happen...)

Last week I mentioned my trip to the Isle of Man. Here are one or two photos from that splendid place, taken on my tour with Chris and Jo Ewan. The Chasms, splits in the cliff rocks, fascinated me, as did the seals basking on the Calf of Man. And I've also included the publicity shot from the Victorian mystery event. The actors, by the way, were excellent, despite their murderous intent. Very enjoyable performances.

After one visit to the Isle of Man, I was inspired to write a short story set in Peel called 'Sunset City', and trips like this do tend to give a writer fresh inspiration. As well as a lot of good times.

Paul Beech has kindly mentioned the talk I gave last Monday at the Lymm Festival. This was very different from the night in Douglas 48 hours earlier, but equally good fun from my perspective. The Festival has proved a great success for the past ten years, and I'm delighted to have been part of it this time around.

Martin - Oh, those are some terrific 'photos! Thanks for sharing! Be careful, though; it looks like some people in that one 'photo have it in for you... ;-).

Martin, it was a pleasure to host you on the IOM, and well done for negotiating the perilous Chasms without becoming trapped like so many guests we've shown around the island previously...

My writer mate, Lee Hughes, lives there. You've whetted my appetite to go and see him.

Great photos, Martin and it sounds like a very successful event. The Isle of Man is somewhere I've always fancied visiting. One day maybe meanwhile I'll stick to the two islands in my life, Hayling Island and the Isle of Wight.

It's been years since I visited the Isle of Man - and that was just the airport. It still looks as sinister as I remembered ... great photos! A perfect location for a murder.

Ah, I can see we should worry about you, but after the first pictures I am not so sure I do. You seem to have had a terrific time.

Thanks, everyone!
Col, and Pauline, it is a great place, you will love it if you go. But take a mac, just in case...