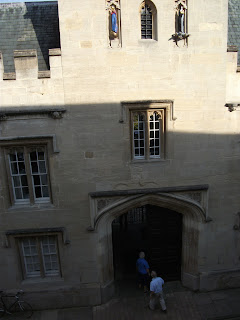 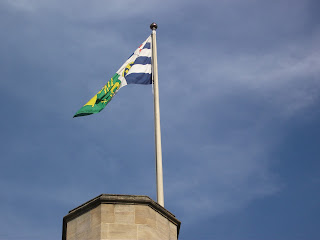 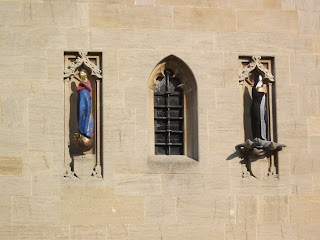 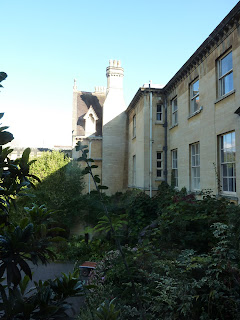 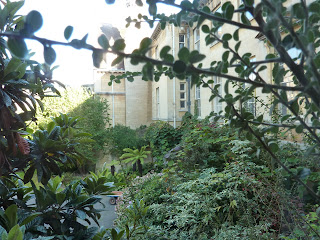 It's been a lousy summer in Britain, but of course there have been some exceptional days, and two of the last three Saturdays have been terrific. Last Saturday I walked in the sun around a relatively unfrequented part of the Lakes - gorgeous. And a fortnight earlier, it was baking hot in Oxford, quite amazingly so for early October, as I set about installing my children and their countless belongings in their college rooms.

Oxford was full of life, and I found myself wondering why it is that fictional death in the city has featured so often when compared to Cambridge. The Oxford crime mystery got going in the 30s, with books like J.C. Masterman's An Oxford Tragedy (a pretty good one I shall talk about in more detail one day). Michael Innes and Edmund Crispin set plenty of stories there, and then in the modern era Colin Dexter made the place his own.

But there have been plenty of other Oxford mysteries. I have in my TBR pile a book called The Body in the Turl, which I really must read now my daughter lives in Turl Street. And I was once responsible for a short story set in 19th century Oxford - 'The Mind of the Master'. Benjamin Jowett was my choice as a legendary armchair detective, and I did contemplate writing a whole series of stories about him. But I've never got round to it. One day, perhaps.

As for the photos, they show some of the views that greet the young Edwardses when they finally get round to opening the curtains in their college rooms. Lucky things.

We were so fortunate to spend the summer of 1995 in England, which was sunny and warm. A month or two since then has been quite a different thing.

Martin - Thanks for sharing those 'photos. Your children are indeed fortunate (and not just because of the view).

Hi Patti, hope you get back to England one sunny day!
Margot, they certainly are fortunate; it's a gilded existence. The main snag is getting used to the real world afterwards!