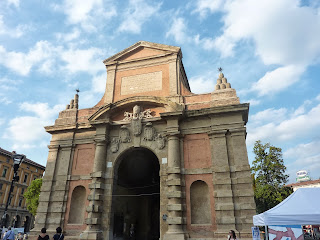 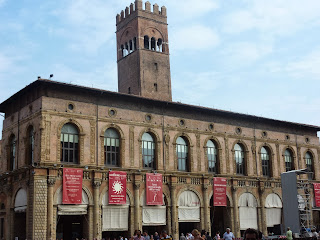 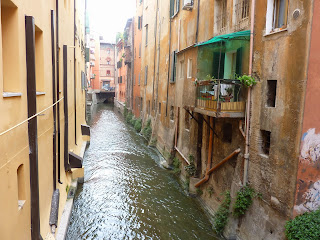 Italy is the setting for a great many fine crime novels and also, without question, one of my favourite countries in the world. So I thoroughly enjoyed spending a week in north Italy, based in Bologna, but venturing out to some of the historic and beautiful towns in the area. Bologna itself is a vibrant city with an ancient university and plenty of fascinating places to visit, including its very own leaning tower, as well as plenty of street performers, open air concerts and so on. 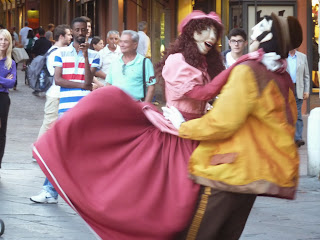 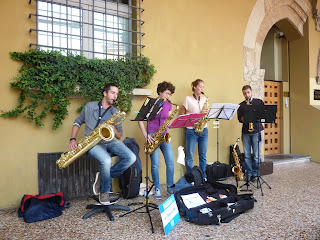 You could spend a lot longer than a few days there, just marvelling at the history and architecture as well as the culture, the often hidden canals, and of course the food.In terms of sightseeing, first stop was the impressive library in the Piazza Maggiore. It's unique in that you can also visit the ancient Roman ruins and the old town that lie beneath the building, some of which can be seen through panels in the floor at ground level. And then it was on to the Whispering Gallery, Eataly (a combination of bookshop and restaurant that stocked loads of Golden Age classics and served very good food) and the amazing Teatro Anatomica, where public dissections used to take place. Spot the dissecting table in the photo! 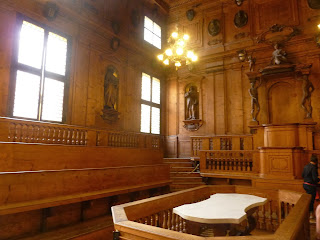 The Basilica of San Luca stands just outside the old city walls, at the top of a hill that can be reached via a walkway with 666 arches - a very stiff climb in searing heat, and I confess I opted for the little train that wove through the city streets before tackling the hill. The result was spectacular views, enjoyed without being exhausted. Just as well, since there was lot of walking to be done, both in Bologna and in the other towns within easy reach by train. 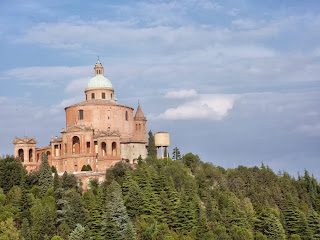 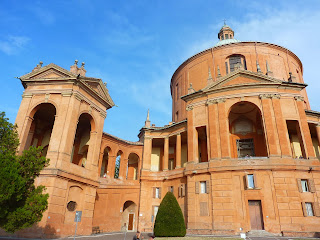 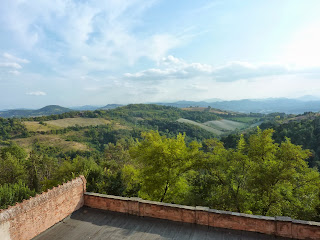 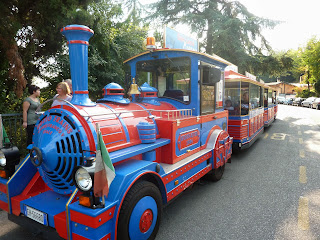 Despite Italy's economic problems, Bologna seems a pretty affluent place and I was pleasantly surprised by the number of bookshops, even by the standards of university cities (incidentally, there were also loads of bookshops in Budapest, but my Hungarian is even worse than my Italian!). Reading does seem to be enormously popular in Italy and tomorrow I'll say a bit more about Italian crime fiction. I did manage to get some reading done, mainly on the plane and train trips, but the real focus was on discovering a part of the world that seems to me to have enormous appeal. I'm also pleased to say that Bologna gave me two brand new ideas for short stories, though with my current schedule, I'm not quite sure when I'll get round to writing them. 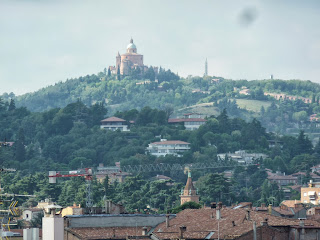 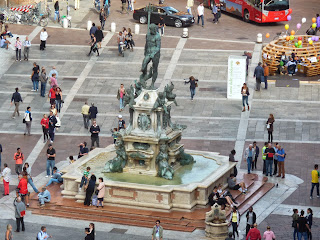 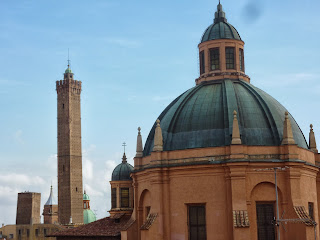 Finally, a special word of thanks to the Bologna tour guide, namely Catherine Edwards, a linguist who is dividing her year abroad between Bologna, Rome and Berlin, lucky thing. An aspiring journalist who has already worked on a number of publications, including The Big Issue, for which she reviewed Harlan Coben's latest, she has just started her own blog, Bologna to Berlin. Biased as perhaps I am, I think makes very interesting reading and it will be featuring on the blogroll shortly. 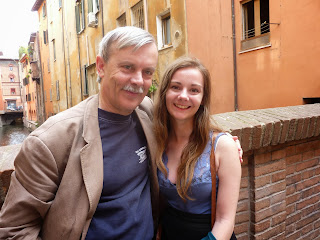 Martin - So glad you've had such a good time. Thanks for sharing those lovely 'photos.

Martin,
I too was in Bologna recently - although only for a day (Friday September 20th). My first visit and quite an eye-opener. Worth going back for longer (as your blog attests).

Glad you enjoyed your hols Martin. The pics are great.

By coincidence, was also in Italy same week, although shared my favours between Genoa and Parma....

Thanks very much for your comments. It really is a great city in itself, as well as a terrific base.

You know,fiction is wonderful and crime-writing always does it for me, but blog posts such as this and your daughter Catherine's highly amusing blog show what real life is all about. Thank you both for sharing, and I'm glad that you all had such a brilliant time.

Thanks, Dea, we appreciate it!