Dead Man's Folly, the second in the current series of Agatha Christie's Poirot, was based on a novel from the 50s, when the Queen of Crime's work was rather more variable than it had been a few years earlier. The book has some delicious elements, although the solution has always struck me as rather contrived. The ITV version with David Suchet made the most of the story's merits, notably the marvellous country house and village fete settng.

And to make things even better, a very good decision was taken to film the story at Greenway. Christie used her own home in Devon, and its marvellous grounds, in fictional form for the book, so this was a very appropriate homage. I was also reminded strongly of a marvellously sunny day last year, when I had the memorable experience of revisiting Greenway in the company of that great Christie expert John Curran. 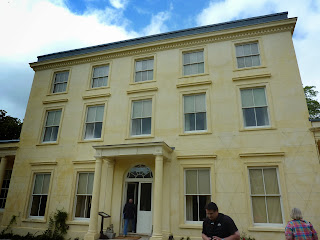 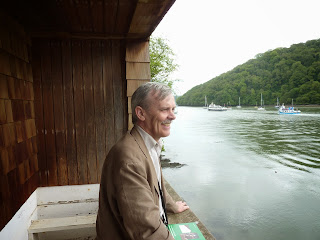 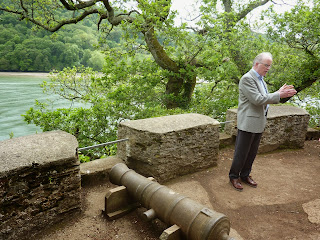 Zoe Wanamaker was an effervescent Mrs Oliver as usual, with Sinead Cusack very good in the important part of Mrs Folliat. The early scenes, when Poirot arrives at Nasse House and meets the house guests, and when the fete takes place, were very well done. As in the book, things faltered slightly after the discovery that a teenage girl has been murdered, and the suspects were not perhaps as strongly developed as they might have been. Overall, the screenplay was faithful to the original both in its strengths and its shortcomings, with a slight change to the ending. Verdict - not a classic,but good light entertainment.
Posted by Martin Edwards

Martin - Thanks for the fine review. I've been wondering how this turned out. I'm looking forward to it being available in the States.

So agree with your review, Martin.
I have to admit, though, that my enjoyment of the Peter Ustinov film version of the 80s was much more fun and the ending more satisfying. Although I think David Suchet is the better Poirot.

I thought they misfired by including the prologue - a sequence that Christie reveals later in the tale. I thought the way it was filmed, along with the very next scene made a crucial part of the mystery, in particular one character's involvement in it, far too guessable. Good cast though.

Margot, thanks as always. It is a fun watch.
June, I never saw the Ustinov film, oddly enough. Not sure how I missed it...
Steve, you make a very good point. I agree about the opening.

Pretty much agree with you there. I wonder whether some of the adapters, even though they are good writers, are not necessarily good writers of whodunnits. They don't always seem to understand the importance of structure, the manner in which information is supplied to the audience, can be vital in not giving away the mystery too soon.