Murder in Cornwall and the Lake District 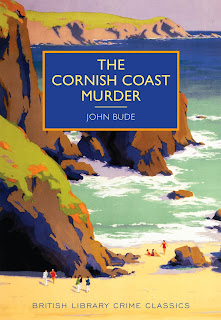 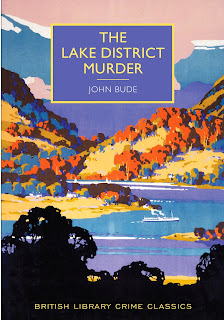 I'm able to share some exciting news - well, exciting for me and, I hope, some of the Golden Age fans among you. In the new year, the British Library will be publishing two more rare Golden Age novels, and each book will include a new introduction, written by me. The novels are both written by John Bude, and were his first two published detective stories.

John who? Well, until a couple of years ago, I'd never heard of John Bude either. Then I visited a friend who has a wonderful collection of Golden Age books,and he told me that he thought Bude was very under-rated. He was even kind enough to give me a copy of one of Bude's later books, Death in Ambush. Before long, I discovered that Bude was actually a member of the small group that founded the Crime Writers' Association, exactly sixty years ago. But he died about four years later and his reputation soon died too.

A pity,because my friend is right - Bude writes both readably and entertainingly. His work may not have been stunning enough to belong with the greats, but there is a smoothness and accomplishment about even his first mystery, The Cornish Coast Murder, which you don't find in many debut mysteries. I was, naturally, fascinated to discover that his second book was set in the Lake District, and I felt he captured the atmosphere of the area rather more interestingly than the more acclaimed Newton Gayle, whose Sinister Crag I discussed here a while back.

The British Library has, I think, done a very good job with the artwork for the covers, and I'm really pleased to be associated with these revivals. Bude's two long lost novels are well worth reading - I wouldn't describe either as a complex whodunit, but the setting and characterisation is definitely a cut above what most of his contemporaries managed. And of course I hope that more Golden Age reprints will follow before long.
Posted by Martin Edwards

Martin - Oh, that is great news! Thanks for sharing. So good to hear when these classics come back. Love those covers, too.

I hope they will be available in the U.S.

Congratulations on being asked to write those intros, Martin! I saw that Lake District title a few weeks ago and, of course, immediately thought of your series.

I have only one Bude book in my collection and have yet to read it. TROUBLE A-BREWING (1946) -- the book he wrote right after DEATH IN AMBUSH -- which has a similar disposal of the body as in Croft's THE CASK. Guess I'll have to read that soon in celebration of the John Bude revival.

Many thanks, Margot. You'll have gathered I'm really happy about this!

John, many thanks. I very much enjoyed writing the intros.

R.T.- my understanding is that these books will indeed be distributed in the US on behalf of the British Library.

Martin is correct. All of the British Library Crime Classics are distributed in the US by The University of Chicago Press and are all available over here, including those being released in 2014.

Just as an FYI for American readers: The University of Chicago Press is issuing the entire British Library Crime Classics. At this point only a few volumes are available for immediate shipment, but you can pre-order some others. I gave it a try and found the shipping fees (always the big bugaboo to me!) very reasonable.

Lovely covers. I have never read John Bude (surely a pseudonym, as the first book is about Cornwall?)but the covers actually look to be taken from the distinguished railway art posters of the 30's and 40's. But very eye catching, evocative and effective.
Thanks for recommending and illustrating, Martin
Liz Gilbey