The Island of Montalbano and the Mafia 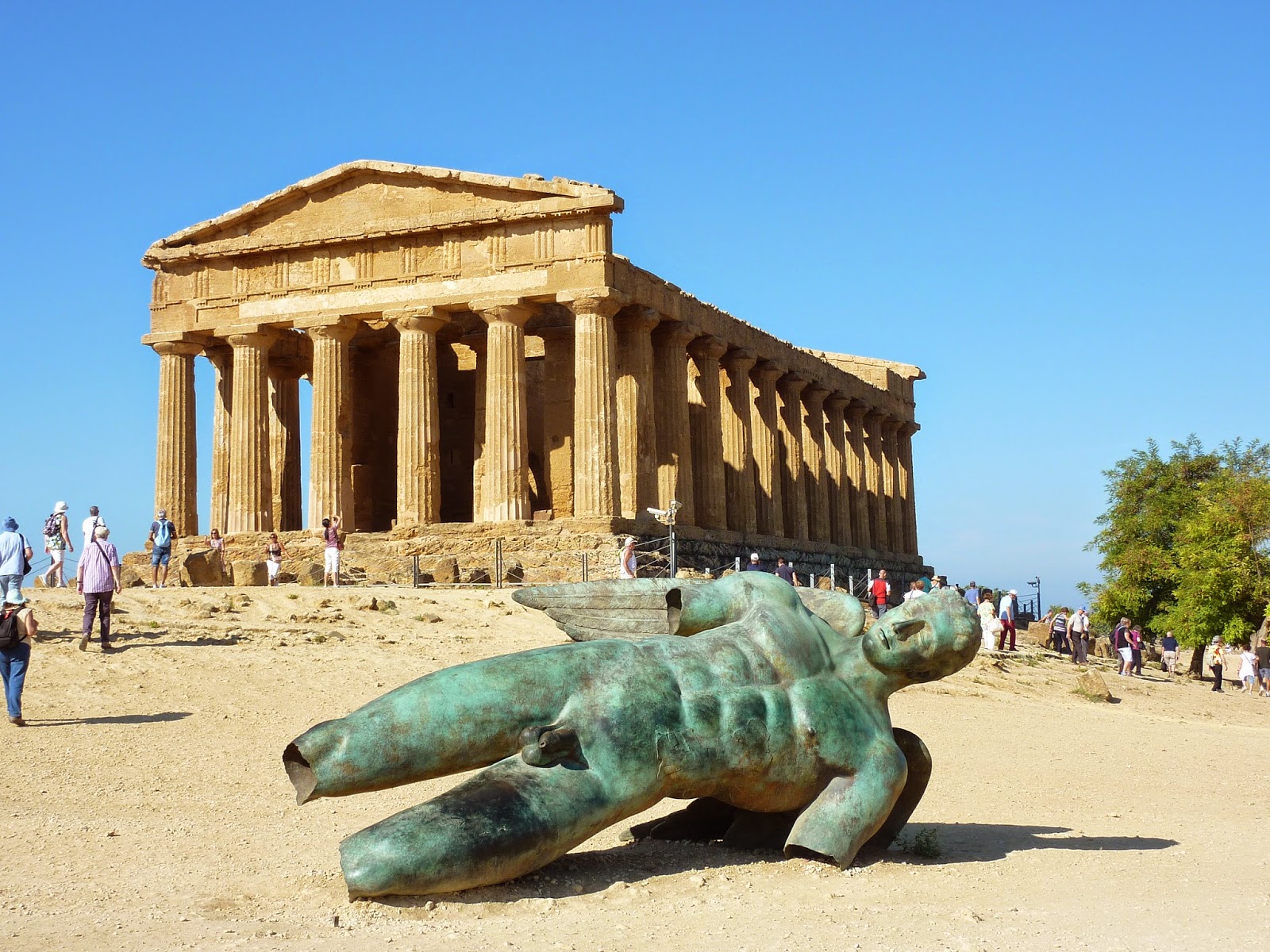 I'm just back from a week in one of my favourite countries, Italy. Rome, Bologna, Florence and above all Venice rank very high in my list of top city destinations, but this time I was returning to Sicily, an island I've visited briefly as a cruise stop in the past. Having liked it so much, I wanted to sample more of its delights, and I certainly wasn't disappointed. The airport at Catania seemed hopelessly disorganised, but the character and charm of Sicily make the whole place irresistibly appealing. And it is full of history; the trip began with a visit to the stunning Valley of the Temples.

Whilst there's a lot to be said for exploring places on your own, I went as part of a group, and this proved to be very enjoyable. I certainly wouldn't have fancied doing battle with some of the hair-raising mountainous lanes, and at one point our bus almost collided with a (presumably British) driver who was cruising along on the wrong side of the road.. This was just below the wonderful town of Taormina, which boasts not only an ancient amphitheatre, but wonderful gardens with quite magical follies. Higher still is the village of Castelmora, with a ruined castle and fascinating church. 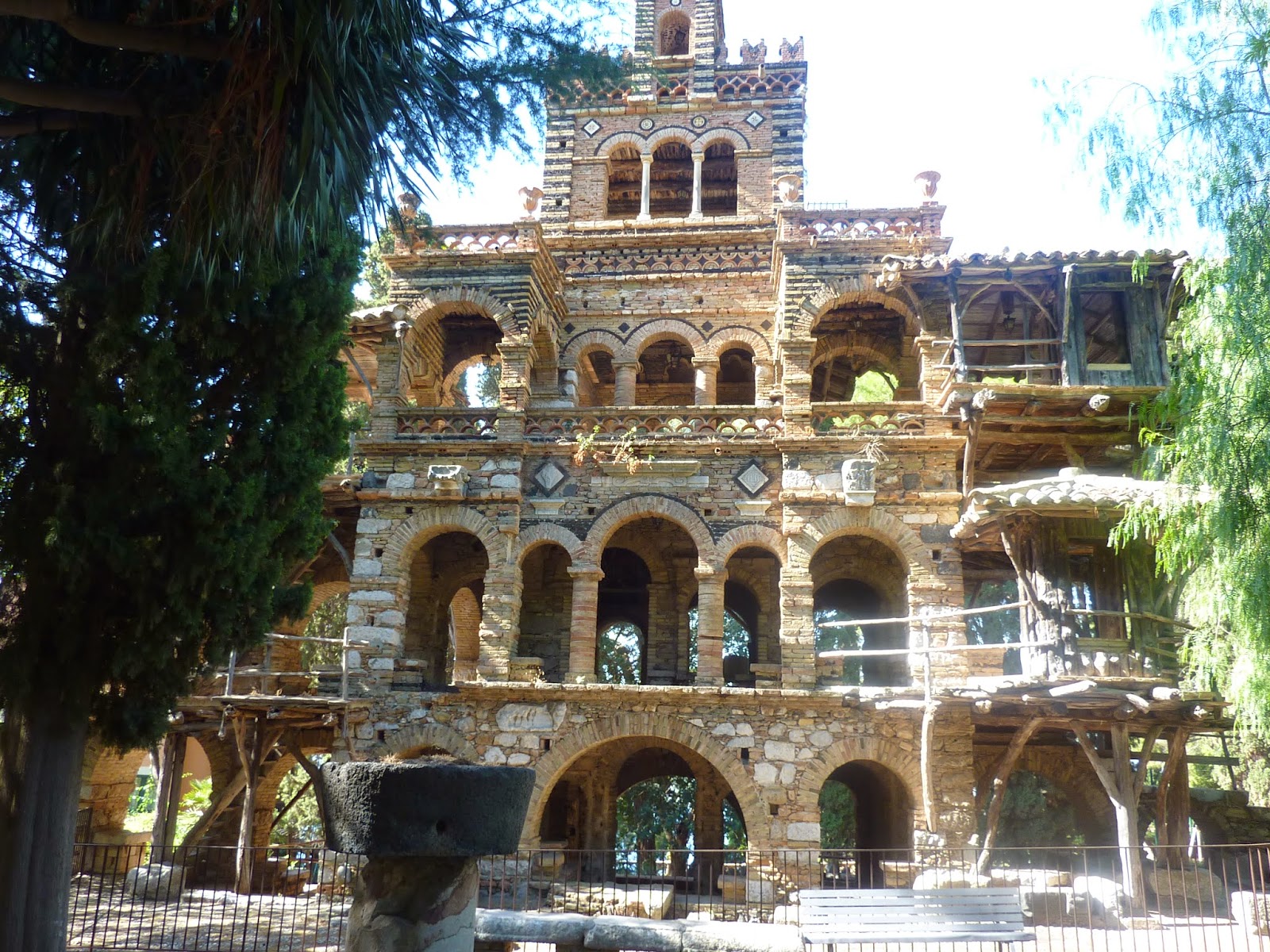 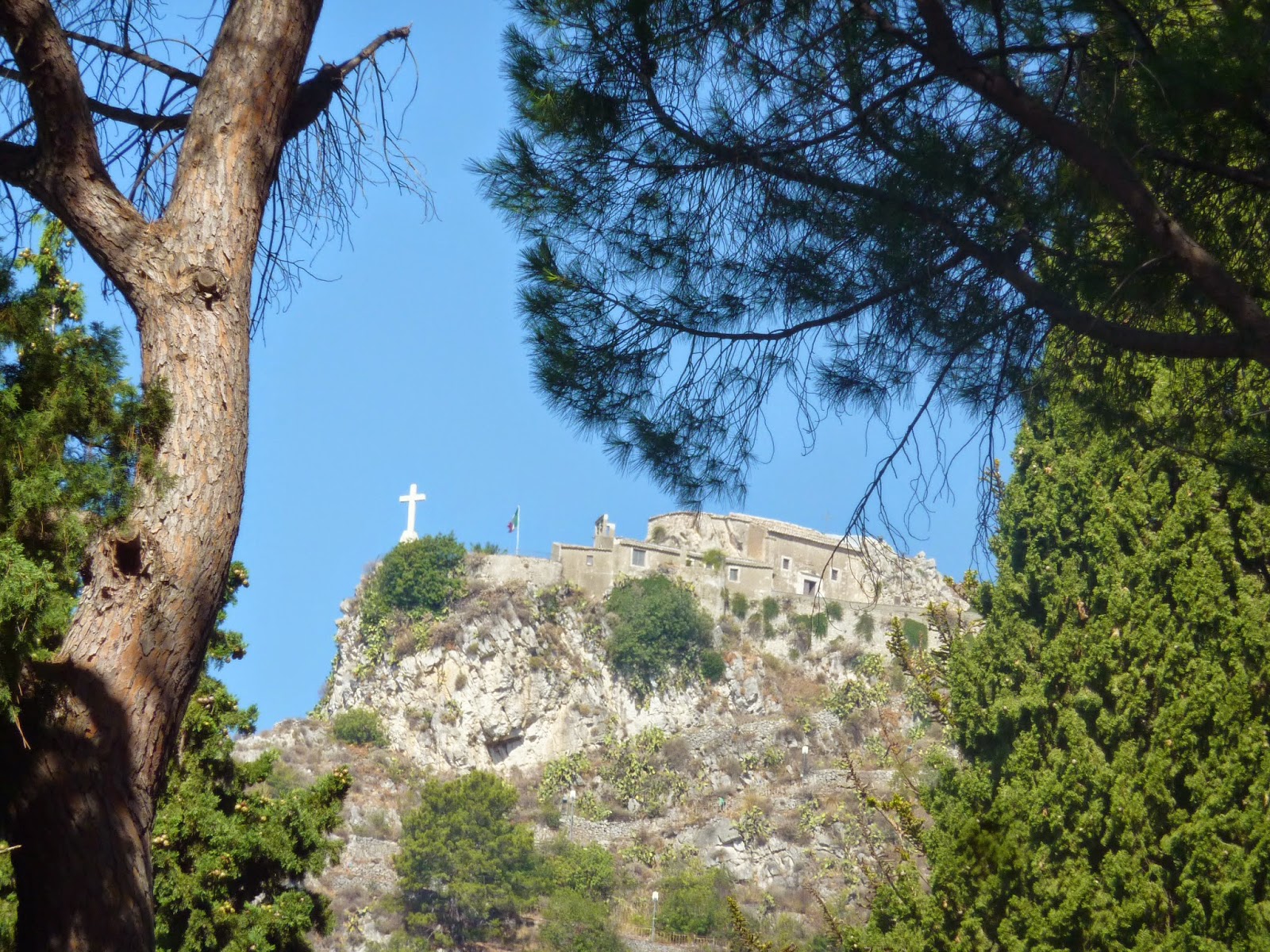 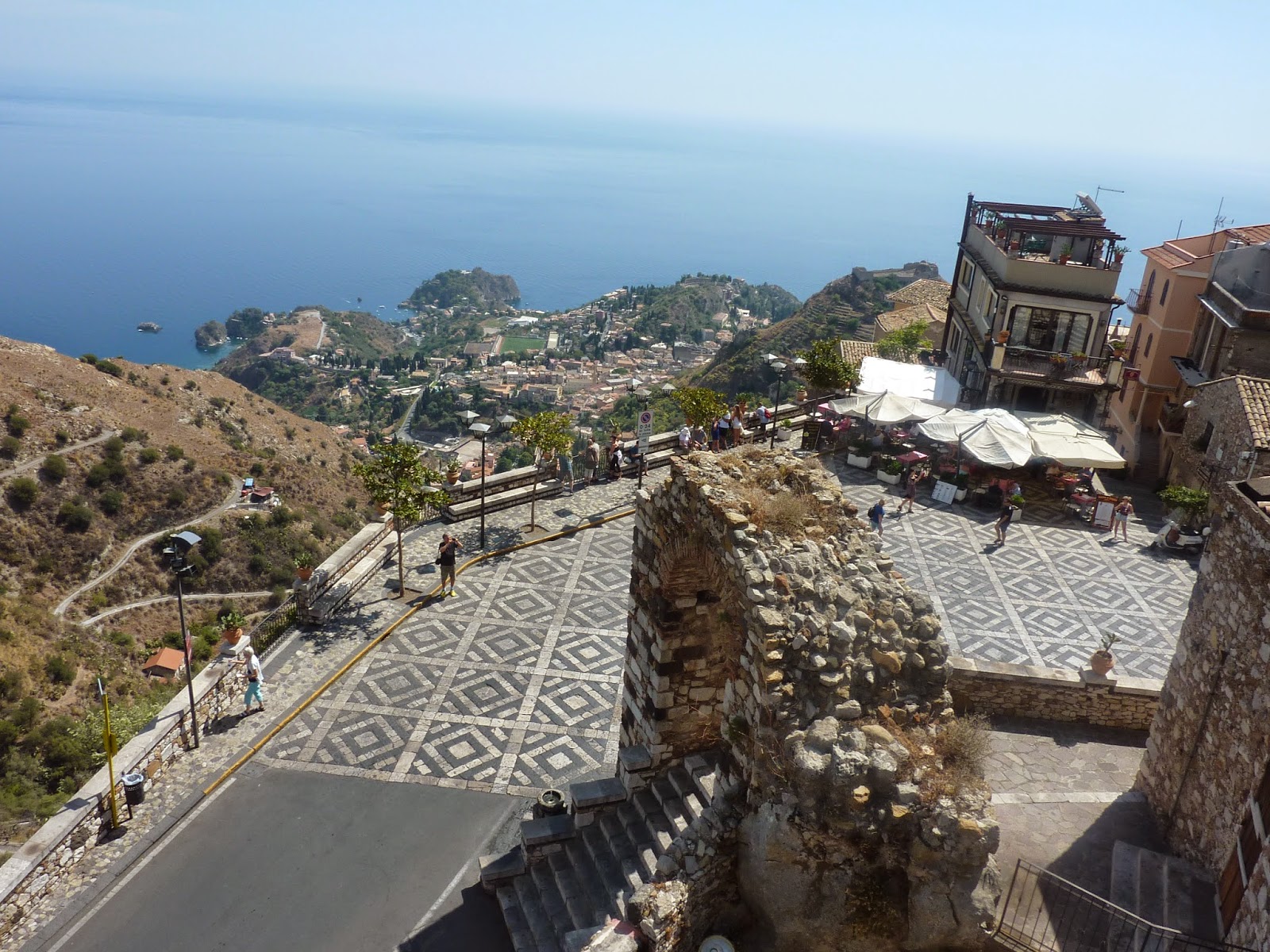 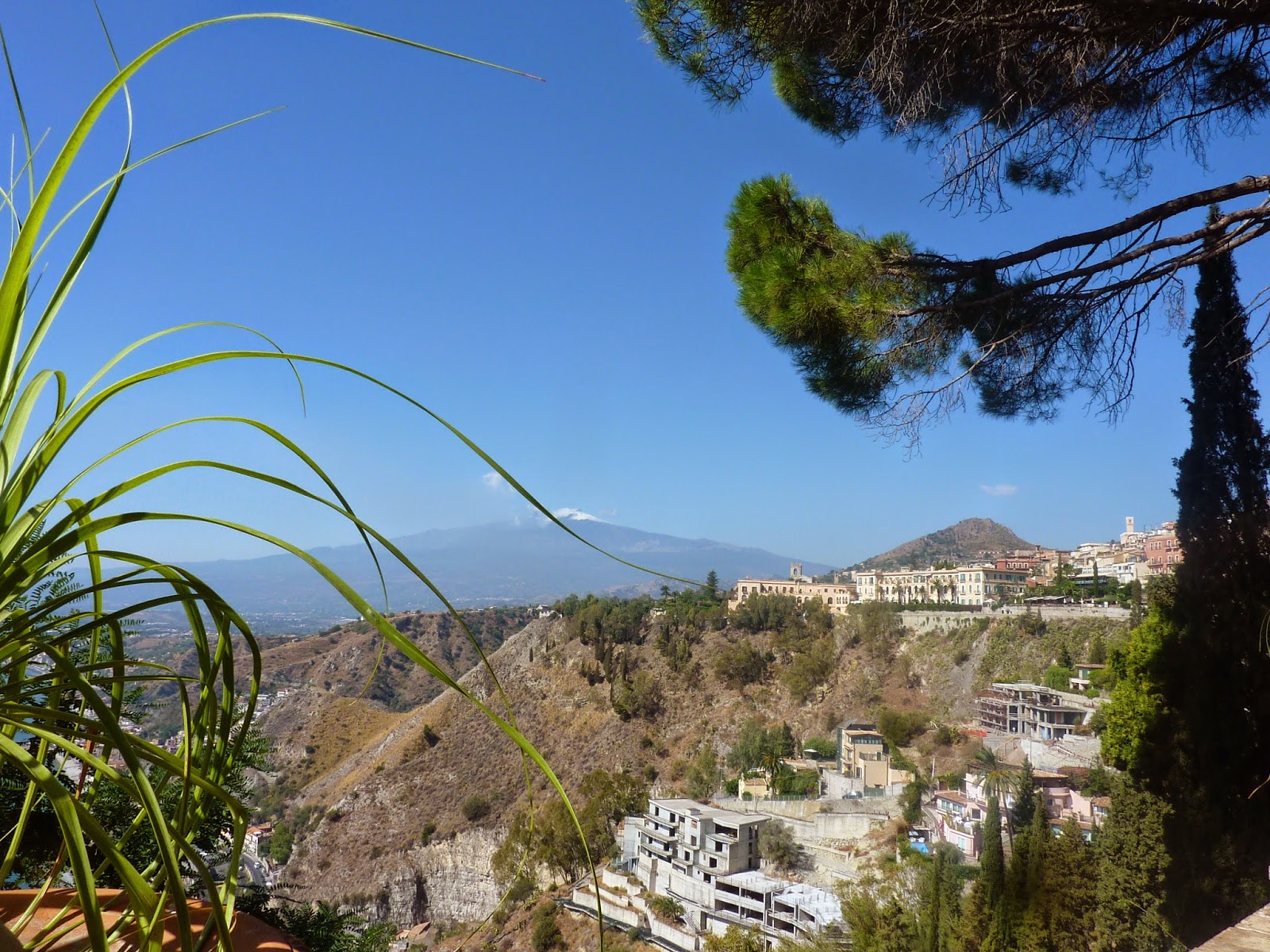 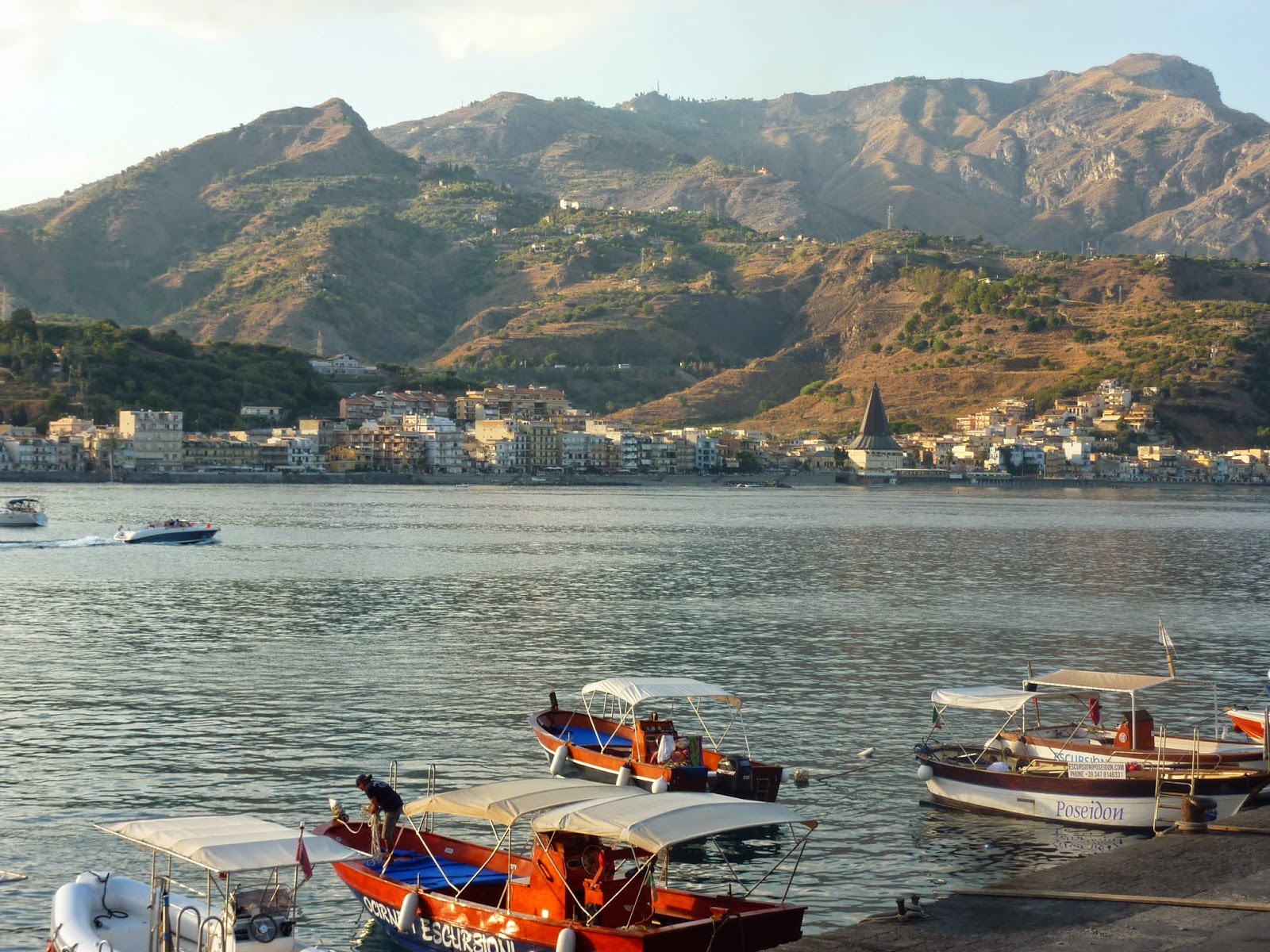 As all crime fans know, Sicily is renowned as the base of the Mafia, and more recently it has benefited from association with the Inspector Montalbano mysteries written by Andrea Camilleri and successfully adapted for television. There are now "Inspector Montalbano tours", just as there are "Inspector Morse tours" in Oxford, although this particular crime-related diversion didn't form part of the package. Another time, perhaps.

For a writer, visiting somewhere like Sicily is inspiring not only in general terms, but also in some more specific ways. I tried to learn quite a bit about the island, as I'm working on a story set there, and I also met a number of people whose stories I found engrossing. It was an action -packed week, but I managed to read three novels - one of them a Montalbano. The other two are future entries in the Forgotten Books series. One was very good, the other, sad to say, rather turgid. But my trip to Sicily was anything but turgid. How about this for a view from the hotel room's balcony, where I did most of that reading? 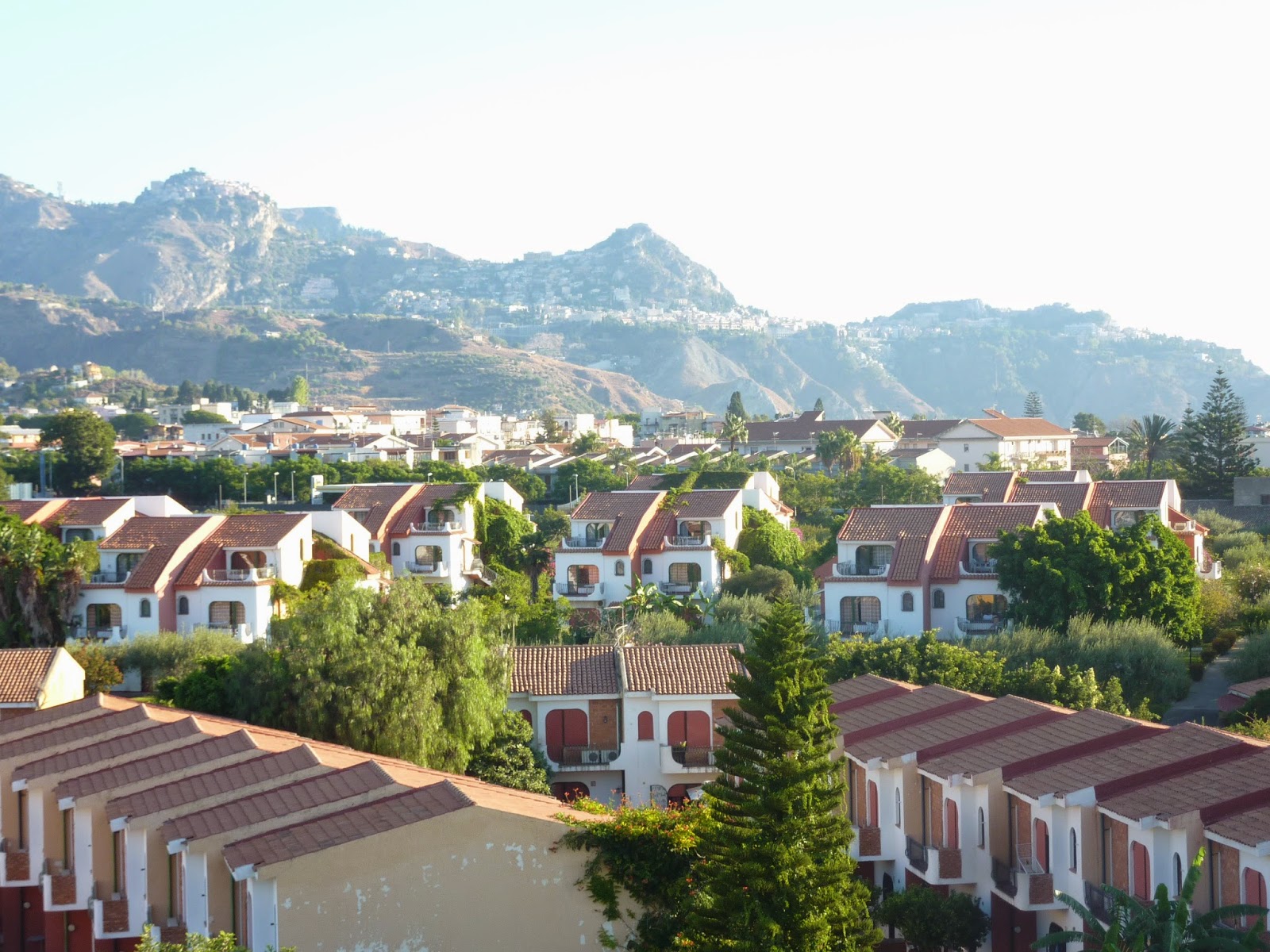 I spent an unforgettable week in Sicily last year -- one of the loveliest places I've ever visited. Your post and pics brought it all back and now I'm longing to get there again! Thanks.

Hi Martin,
I've just updated my blog and as I'm connected to your blog and saw mention of Inspector Montalbano I immediately had to read what you had to say about Sicily. What you had to say was interesting and the photos gorgeous. One of my nieces was remarried on Sicily this year this year, but only close family attended. My brother loved it. Must go myself one day. Have read all of the Montalbano books and enjoyed getting into his head, love the humour in the tv series.
When is your next book out?

I have watched TWICE all of the 26 feature length Detective Montalbanos & have read all of the novels (up to Angela's Smile, the most recent published in the USA.) They are marvelous! If I get rich, I'll see you in Palermo.

How lovely, I have visited other parts of Italy but never Sicily, and would love to go there. On my blog today there is yet another of your recommendations, Martin: John Dickson Carr's Night at the Mocking Widow. Thanks, yet again, for the tipoff.

Go for it, Harriet!
Hiya June, great to hear from you, and I hope you and the family are well. I can recommend Sicily unreservedly.

Moira, if you like other parts of this amazing country, I'm sure you'll like Sicily. Just popping over to your blog now to see what you made of the Mocking Widow.