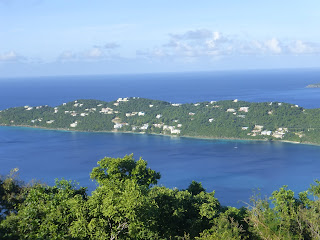 I've just returned from a wonderful trip, exploring the Caribbean (for reasons which I'll talk about a little tomorrow). Drinking rum punch at 90 degrees Fahrenheit in lovely St Thomas (above) in the US Virgin Islands, as I was last Friday, is - I need hardly say - a great way to run up to Christmas. Even if it does mean that my Yuletide preparations so far are more or less non-existent.and  the process of adapting back to chilly Cheshire is a bit of a challenge. 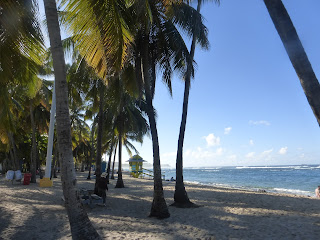 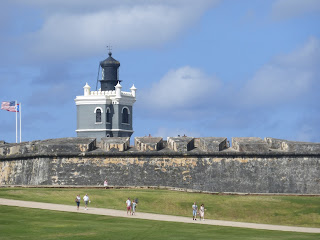 The trip started with a couple of days in Puerto Rico (above and below photos). It's an island which was for many years home to Muna Lee, one half of the writing duo Newton Gayle which produced five high calibre mysteries in the Golden Age. Murder at 28:10 is an atmospheric story set on the island during the hurricane season which I enjoyed some time ago, but of course there's no substitute for seeing the real place. I was very taken with Puerto Rico,and the historic capital San Juan. 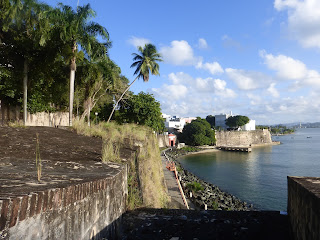 After San Juan came a cruise, mostly to islands that I'd never visited before. There are many reasons why I enjoy cruising - prime among them is the chance to sample fresh places, and expand my knowledge and understanding of the world, and the different people who live in it. It's something that, I've had more of a chance to do in recent time than for most of my life, and for any author, that exposure to fresh cultures and fascinating people has to be hugely beneficial. 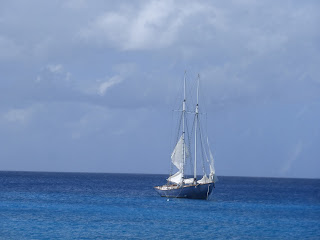 Two islands I had visited previously were Barbados and St Lucia. Holidays on Barbados inspired Agatha Christie to write A Caribbean Mystery, one of the first detective stories I ever read, although she located her crime on the fictional island of St Honore. I don't, however, know which island inspired the setting of Roger East's rather less well-known, but memorably titled  Twenty-Five Sanitary Inspectors, which is set in a fictional West Indian republic. .

I love hearing about your trips. I get to travel without leaving home! I'm going to look into Newton Gayle. Thanks. Never heard of these mysteries.

Thanks, Nan. Jetlagged, I published this post before I'd added some photos. But they have appeared now!