In the footsteps of Hemingway and Hesse... 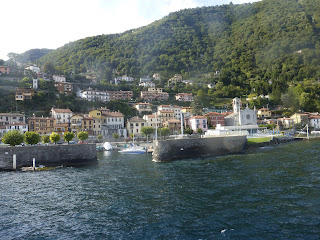 I'm just back from a delightful week in north Italy and Switzerland which gave me the chance to explore Italy's very own Lake District. Quite different from the stamping ground of Hannah Scarlett and Daniel Kind (not least in the absence of rain!) but equally attractive. And although the English Lakes are perhaps more closely associated in the public mind with literary giants, the Italian lakes have their fair share of notable literary connections. 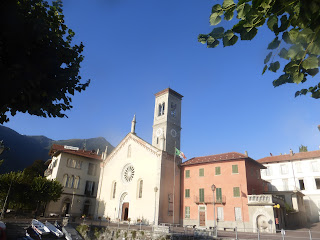 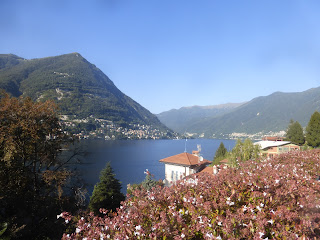 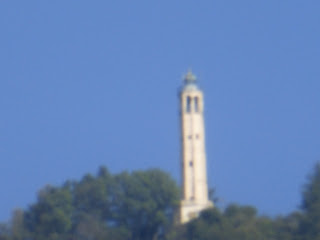 Our base was Moltrasio, a pleasant village on the west shore of Lake Como, not too far from the Swiss border. Across the lake, just a five minute boat ride away, is Torno, an even more picturesque place which caught the fancy of Herman Hesse when he visited the area just before the First World War. There's something quite magical about the little harbour and surrounding piazza. Thanks to a good (and cheap) day ticket system, I took a look at quite a few places on the shore of the lake, and each has its own distinct personality and charm. Como itself is an interesting city and a funicular railway takes one all the way up to Brunate, high above the waterline. 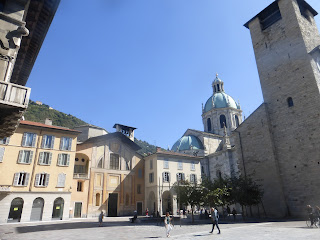 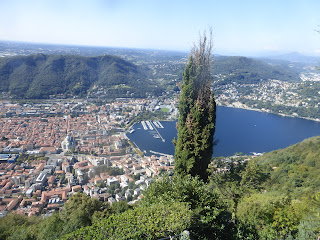 Another lake on the itinerary was Lake Maggiore, and the town of Stresa. Ernest Hemingway convalesced there after being wounded during the First World War. He stayed in the magnificent Grand Hotel des Iles Borromees, which he revisited many years later. His experiences in Italy provide some of the background material for A Farewell to Arms, a book I read as a schoolboy, and which still lingers in my memory. I've not read many of his other novels; that's the one that impressed me particularly. 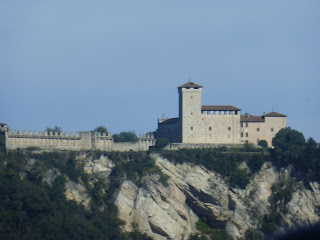 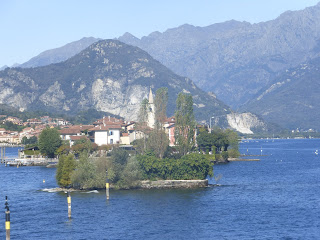 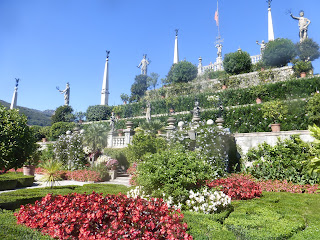 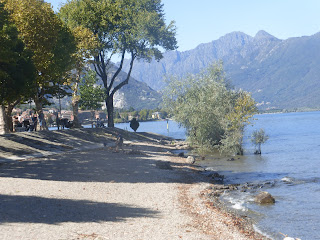 One of the pleasures of Stresa is that you can take a boat to the lake's fascinating islands. I found Isola Bella absolutely stunning. The gardens and the palazzo are equally magnificent. A short hop away is "Fisherman's Island", a small but bustling place crammed with bars and restaurants. Hemingway, like Hesse, knew a great place when he saw one. 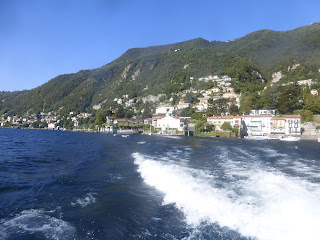 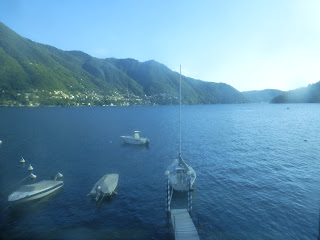 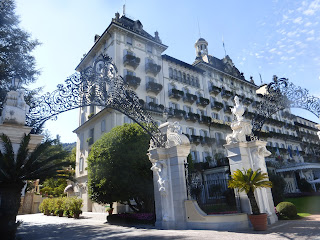 A delightful theme and post, Martin. I have read a few stories and novels by Hemingway but not "A Farewell to Arms," which I intend to read someday.