The Art of the Whodunit - part two 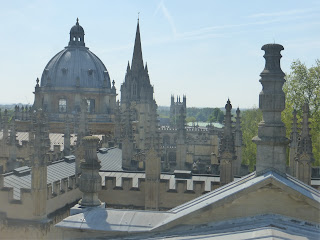 The second phase of The Art of the Whodunit tour was very different from the first, on board the Queen Mary 2, but equally appealing. After landing at Southampton, we travelled to Oxford (well, some way outside the city, to a replacement hotel after the first one let us down) and I kicked off proceedings with a talk about Balliol's crime writers as a follow-up to an onboard lecture on Oxford mysteries. 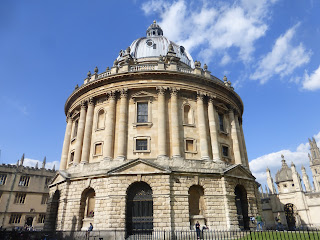 The next few days were a hugely enjoyable whirl, as we packed in a great many sights. An orienteering walk in the city centre was followed by a drive through north Oxford, during which I had my first go as a tour guide, with the microphone at the front of the coach. A quick visit to the Ashmolean was followed by lunch in the King's Arms, and then a brilliant tour around my old college. I even saw aspects of Balliol that I'd never seen in my years of a student. Then in the evening I gave a talk about collecting detective fiction: I'd taken along on the trip various items from my own collection of books and crime fiction memorabilia. I find that a lot of people prefer to see and handle real items than simply gaze at Powerpoint slides. 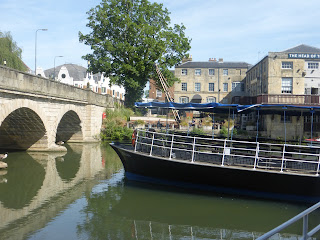 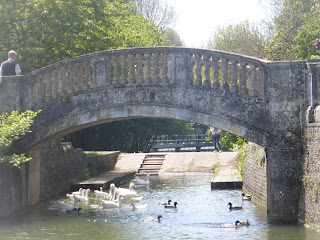 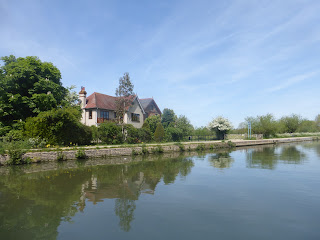 Thankfully if rather unexpectedly, the weather was fantastic. This was a real bonus, not least on the river cruise (something I'd never done in Oxford, oddly enough; punting was the thing in my student days) when again I did my tour guide bit with the mic. A tour of Christ Church's gardens, dining room, and cathedral was another highlight. 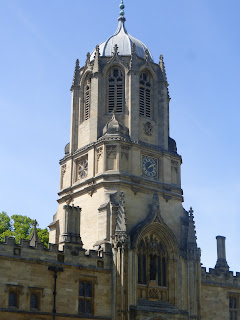 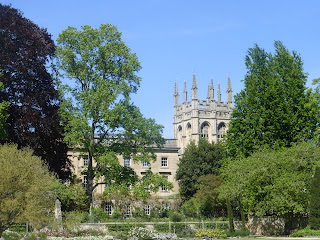 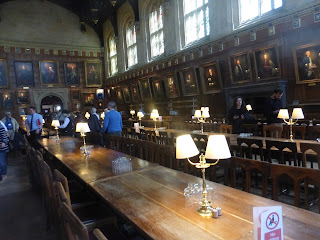 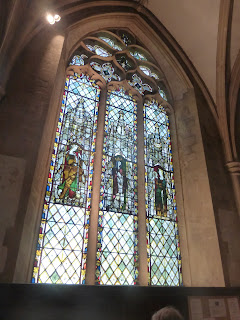 A trip to the Sheldonian Theatre came next. I've been there for various ceremonies, but never before had I climbed right to the top and looked out from the cupola over the city of dreaming spires. Then we had a guided tour of one of the great bookshops, Blackwell's. We were admitted to the "Gaffer's Office", once occupied by Basil Blackwell himself, where I sat in his chair and did a book signing. It was terrific fun. And finally there was a walk along the Oxford canal, again surprisingly unfamiliar to me, and dinner at Blanc's Brasserie to round off a memorable few days. 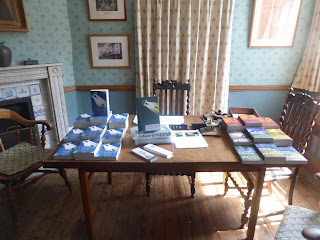 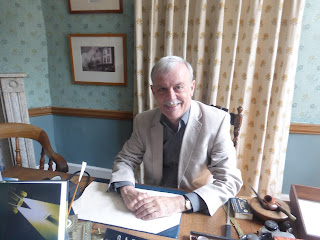 The camaraderie amongst the group was fantastic. The doubts I'd had before the trip started soon evaporated, as they responded so positively to the early lectures, and I really enjoyed myself. And guess what? I'm doing it all over again later in the summer...

All of your adventures sound marvellous Martin!
I once went on a literary walking tour of Oxford, and am proud of the fact that I told the delightful guide that he must include Lord Peter Wimsey among his famous alumni of Balliol, and he promised to do so in future!
If you continue to write best-sellers you will be mentioned on literary tours yourself soon.

Thanks, Moira. It's sometimes said that Sayers modelled Lord Peter on the chaplain of Balliol, though Lord Gorell (who also attended the college) thought he was the original - a view that I suspect Sayers didn't share!