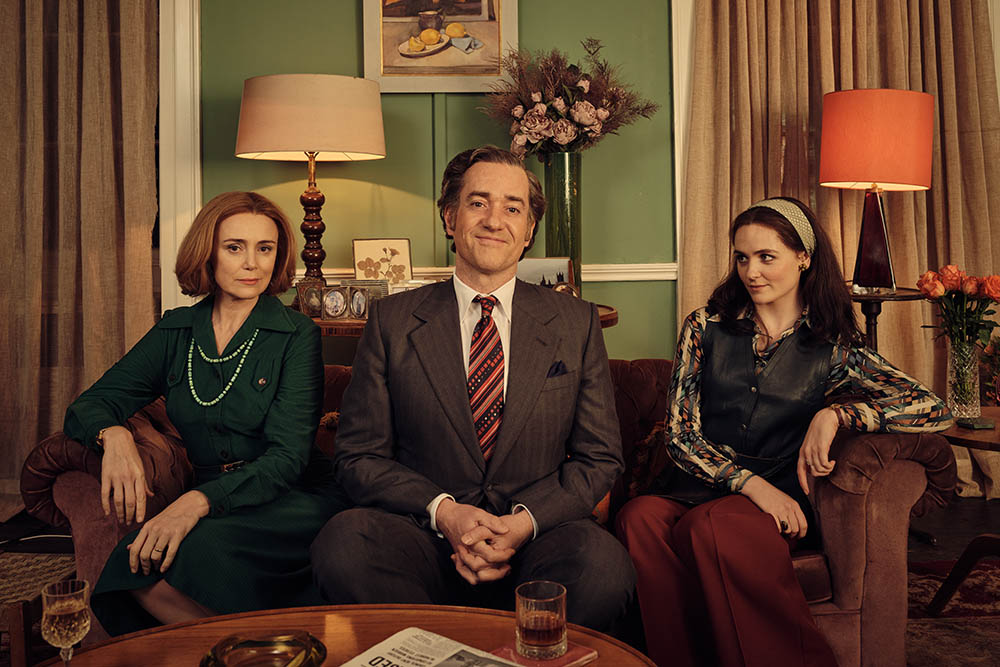 I remember the case of John Stonehouse vividly, even though the crime for which he became famous was committed when I was just starting student life and had plenty of other things happening to occupy my attention. He was a Labour MP and former cabinet minister who enjoyed quite a high profile during the Wilson era. A charismatic but extremely disreputable individual, he faked his own death in 'Reggie Perrin' style, but didn't cover his tracks very well and was arrested in Australia. He and his lover Sheila Buckley were tried and found guilty of various crimes, but she avoided prison. Stonehouse did not.

The story is an extraordinary one, and spice is added by the widespread belief that Stonehouse spied for the Czechs during the Cold War. Today, surviving members of his family have varying perspectives on his character and the extent of his criminality. Stonehouse is a recent three-part TV series telling the story with a screenplay by John Preston. The director was Jon S. Baird, who was captain of one of the teams in Christmas University Challenge, although I didn't get the chance to meet him.

The versatile and accomplished Matthew Macfadyen plays Stonehouse and his real life spouse Keeley Hawes plays the MP's long-suffering wife Barbara. It's fun to watch them working together in very, very different roles from those which they played in Spooks. Kevin McNally plays Harold Wilson and Dorothy Atkinson is cast as Betty Boothroyd (whose part in the story in real life may well have been much more peripheral than the screenplay suggests). Emer Heatley is a rather subdued Sheila Buckley, by no means the self-confident character I imagined from press reports at the time, and the low-key nature of their relationship takes a bit of energy away from the story.

Stonehouse is good entertainment, reminiscent of Canoe Man, the story of a comparable dodgy fantasist, John Darwin. Really, the story is presented as a light comedy. Macfadyen's Stonehouse is bumbling and ridiculous rather than malevolent. Whether that's a reasonable version of the truth I don't know, but I enjoyed watching the series.

The Stonehouse Case has echoes of that of Victor Grayson, a former MP who vanished in 1920. In his case there were also allegations of spying, blackmail and he was linked to Maundy Gregory (who sold honours on behalf of Lloyd George). Our MPs might often be dull but when they go wrong, they do it seriously.

You're right, Michael. You may be interested to know that the Grayson case was a distant inspiration for one strand of the story in Mortmain Hall. I say 'distant' because the more of the book I wrote, the more changes I made to the original raw material. So I suspect few readers would realise there is a connection.

A Challenge to the Reader! I shall see if I can spot it.

Thanks, Michael, let me know how you get on with it!