The Life of Crime goes international 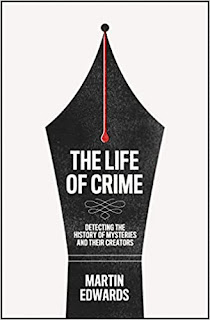 I was truly delighted to learn that the Mystery Writers of America have listed The Life of Crime as a finalist for the 2023 Edgar awards. The full list of finalists can be found here and I'm sure that all the other nominees will be as delighted as I am by this recognition. I was especially pleased to see one of the other nominated books - The Bloomsbury Handbook to Agatha Christie - as I was one of the contributors. I've not actually received my copy of this one as yet, but I'm very much looking forward to reading the whole book.

It's a particular pleasure for me as a British author to have a book recognised by the MWA. It's the third time I've been an Edgar finalist, but I suspect that among fellow Brits the record is probably held by my friend the late Robert Barnard. He was nominated no fewer than eight times in the course of his career, although he never had the good fortune actually to win an Edgar. 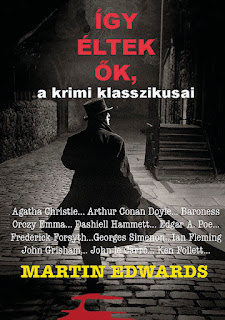 Meanwhile, the book has attracted attention in various other parts of the world - I was recently interviewed about the book by Austrian radio and was rather improbably featured in a Korean TV documentary a short time ago. Although the book's length is a complication, because of the scale of translation required, a Hungarian edition (see the above cover image) has just been published and others in the works include a Chinese edition.

All writers know that there are lots of setbacks in store when one sets out on an ambitious writing project. The Life of Crime did require a lot of work and there were, inevitably, times when I wondered if I'd been over-ambitious in trying to write a book so wide-ranging. But the reaction has been wonderful and although I did have great hopes for the book, the scale of appreciation has been striking - and hugely motivating.

Many congratulations, Martin! Being chosen as a finalist for the Edgars is a wonderful achievement. The Life of Crime will definitely be going on my TBR list!

Best of luck with A Life of Crime. I feel you have done enough to win. Not so sure about the Bloomsbury Handbook to Agatha Christie. There are no copies available via Amazon - out of stock! And the price is an eye watering £130, which has prompted bad reviews.

Thanks very much, Alan. I'm really happy about it and hope that if and when you read it, you find that it lives up to expectations!

Cheers, David. I didn't know it cost that much - amazing.