Crime at the Seaside 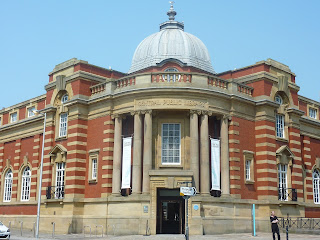 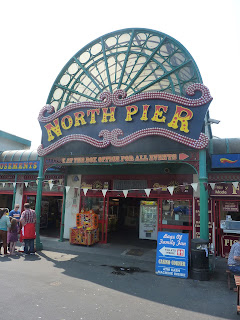 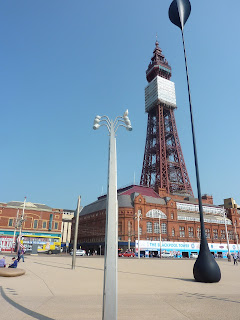 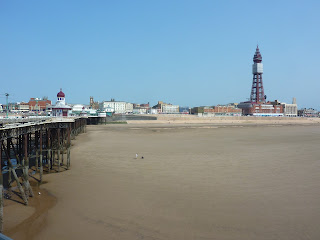 Yesterday saw me in conversation with Kate Ellis at Blackpool Central Library for a lunch event that formed part of Blackpool's Wordpool Festival. It was a bit different from previous gigs Kate and I have done together, and the freshness of the format appealed to me. I was pleased by the turn-out - forty-odd people on a very sunny day - and this and the diversity of the audience, who were very responsive and engaging, showed how well Lynne Pattinson and her colleagues in the Wordpool team have done in developing this festival over the past few years.

It's the second time I've been part of Wordpool, and I sense that the festival is going from strength to strength. Such events need a number of years to establish themselves in the public consciousness, and I can only hope that, (even though the writers who take part aren't paid fees, so I'm not arguing for more money for me!) funding continues to make sure that Wordpool continues to flourish and grow. It was nice that the council's chief executive took the trouble to come along to the event, and I like to think he will have gone away happy with what his people in the libraries and culture part of the authority are doing to promote literature, and a good deal else besides, for the benefit of the local community..

This sort of thing matters everywhere, and arguably it's of especial value in a large town like Blackpool, which is embarking on a process of recovery and regeneration after years in the doldrums. It's a town which scores quite poorly on some indicators; for instance, I was told that there are many people with mental health and other problems, and even in an age of austerity, it's important for the country as a whole that these communities are given every chance and encouragement to thrive.

I've always had a soft spot for Blackpool, and as I said during the event, I'd rather like to write a short story set there. I went to the famous Illuminations as a child, and have taken my own children back there from time to time. We even once had a week-end break there in January, and while this may seem odd,i it was really enjoyable. It's a place that caters for families better than most, and you don't have to spend a fortune, either. Yes, it's a town with its tawdry aspects, but it also has a lot of vitality and some great traditions. Relying on past glories isn't enough, but I seized the chance to stay around for a day and a half and enjoy the sunshine. Not just visiting the piers and the sea front, but also Stanley Park, which is one of the largest and (in my opinion) most appealing of municipal parks in Britain, with a lovely heronry and much else besides. There's no denying that Blackpool still suffers from its reputation as a haven for rowdy stag and hen parties and it's not a must-see destination for enough people outside the north west of England, let alone overseas. But perhaps it should be. It's a resort full of character, and I'm really pleased to see it's heading in the right direction. 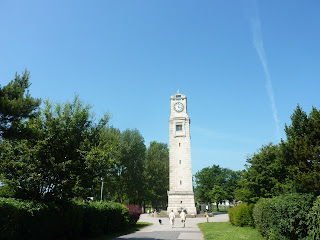 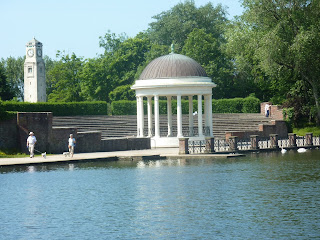 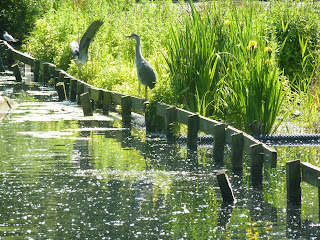 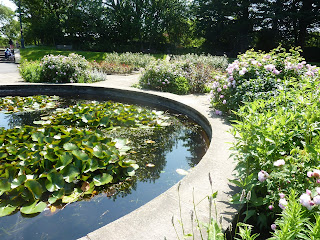 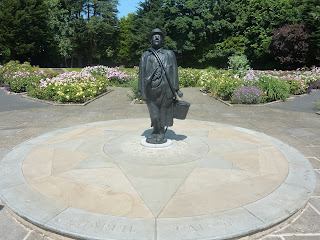 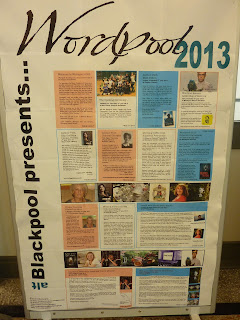 It actually looks pretty lovely. I really liked your point about how much nurturing communities require, and particularly ones where for any number of reasons, morale has sagged. There are a lot of places in the U.S. that are exactly like that right now.

The town should hire you as a promoter! Honestly, you make it sound quite wonderful (except for those pre-marriage parties, which I'll never understand as long as I live!).
I think there is a great, untapped feeling of nostalgia concerning English seaside towns, at least among Americans. That would make a great tour for someone to organize.

Seana, I can well imagine.
Nan, I'm with you on the parties! I'm very interested in what you say about that nostalgia, and Blackpool really was our premier seaside resort for a long time, though it lost its way after the Sixties. A tour of our best resorts would be great. My own favourites include Aberdyfi in Wales (very small) and Scarborough in Yorkshire.

Great photos, Martin. I also spent a winter weekend there and loved walking along the deserted beach. The ballroom attracted so many superb dancers once upon a time. Don't know if it still does.

Hi Frances. I don't know the answer to that, though I tend to suspect not!