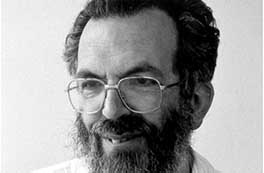 I was so sorry to learn of the recent death of Jo Raz, who has just been described in an obituary from Oxford University's Faculty of Philosophy as 'one of the three or four leading legal philosophers of the last hundred years'. High praise, but I doubt that anyone who knew him would disagree. Certainly not me. I had the enormous privilege to be one of his pupils during my three years as an undergraduate and I've said plenty of times over the years that in pure intellectual terms, he had the most brilliant mind I've ever encountered.

I first met Jo when he, Don Harris and Paul Davies interviewed me for a place at Balliol College, while I was still at school. I was an introverted teenager from a very ordinary background; nobody in the family had been to university. I remember feeling nervous and intimidated, so much so that a terrible feeling of sickness had overwhelmed me as I arrived at Oxford Station, a scary experience I've never forgotten. When the three dons started firing questions about legal concepts at me, I struggled to handle them. Luckily the conversation turned to Burt Bacharach (whom I'd written about in my entrance exam - my cunning plan had been to demonstrate my embryonic advocacy skills, presenting a case for the century's greatest composer!) and although I doubt that Jo, in particular, was a Burt fan, everything went swimmingly from that point. Over the next three years I gained a great deal from being taught by three very different, but remarkably able and pleasant tutors.

As the obituaries have mentioned, Jo was famously severe in those days if he detected any hint of intellectual sloppiness, but that was simply because he had exceptionally high standards, something I admire in any field. He realised that people like me weren't on the same level and by challenging me to think more deeply instead of relying on 'skimming over the surface of things', as he put it, he got the best out of me. My results in Finals were probably better than my actual intellectual skills merited and I think that was to some extent due to my feeling driven on by Jo. On a personal level, he was a very nice man and I liked him a lot.

He and I talked several times about my burning ambition to become a novelist. He encouraged me and said kind things about my writing style, remarks which I treasured, but he also encouraged me to take advantage of everything else Oxford had to offer a student  - the plays, the lectures on other subjects and so on. I took his advice whenever I could, and I never regretted it.

After hearing of his death, I watched this tribute documentary to Jo, made a few years ago when he won a major prize. Imagine my shock and delight when, as I watched, a photo of a post-Finals champagne party featuring me and the future Mrs Edwards on the same row as Jo came on to the screen (at 28:57). Incredible!

Jo Raz's legacy is in part his ground-breaking books (not an easy read for ordinary mortals - I confess that I never got to the end of Concept of a Legal System!) but in large measure the fact that he made a huge impression on a vast number of students. I never made it as a legal philosopher, but I'm proud to be among them.

Nice tribute, Martin. He clearly had an impact on the development of his pupils beyond the mere intellectual.
Thanks also for the link to the video tribute documentary.