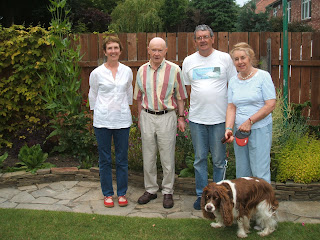 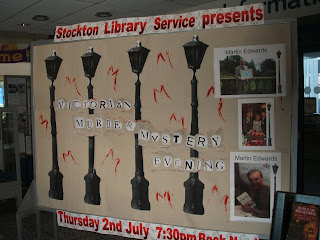 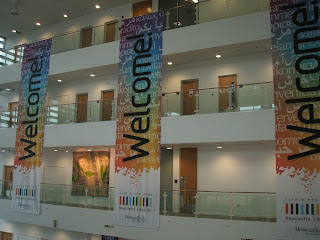 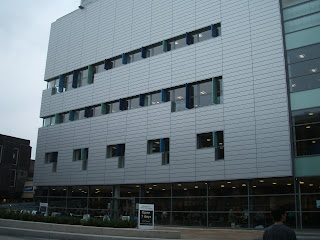 I’m just back from a fascinating trip to the North East of England. All too brief, but restorative (at least, once I’d had an extensive lie-in this morning!) Among other things, there was the chance to meet up with Peter and Margaret Lewis, of Flambard Press, publishers of Dancing for the Hangman. We had coffee and scones together on Friday morning at the home of our mutual friends Ann and Tim Cleeves, in Whitley Bay. Great to see all of them again.

The previous evening, I’d staged the Victorian mystery event at Stockton-on-Tees. Claire Pratt and her colleagues really did me proud. I’ve never been to Stockton before, and I have to say that its traffic system and gyratory provided a mystery more challenging than anything Agatha Christie ever devised. But Claire talked me through it on the phone and I was delighted to meet her at last – we’ve been trying to organise the trip for a couple of years. The wait was well worth while as far as I was concerned.

The next day, a trip by Metro from Whitley Bay took me to the sparkling new city library in the centre of Newcastle, and another big audience for ‘Who Killed George Hargrave?’ Sheila Naughton told me that Val McDermid appeared at the library a fortnight ago, and Lee Child is due there shortly, but this was their first interactive mystery event. A fabulous place, and it would be good to think that other cities model their library plans on Newcastle’s stunning achievement.

Good one. I'll be back in Hartlepool for my sister's 60th in August.