The latest from Aline and Kate 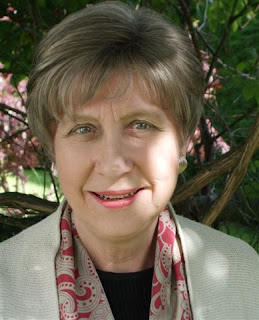 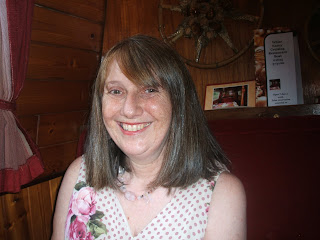 Today I’d like to highlight two books that have just landed on my doorstep – much to my delight. They are by writers whom I’ve known – and read! - for a number of years. They are both novelists who respect the traditions of the classic whodunit, while giving it a contemporary flavour. I’ve mentioned each of them before in this blog, and a new title from either of them is certainly something to savour.

Aline Templeton is a Scottish writer who has written several stand-alones, but in more recent times has tended to concentrate on books about a likeable series cop, DI Marjory Fleming of the Galloway Constabulary. Her latest is Cradle to Grave, now in paperback and published by Hodder As the title implies, the key character is a nanny, Lisa Stewart, who is suspected of killing a child in her care. Lisa is an enigmatic woman; she has a temper, and puts up barriers to protect herself which make her difficult to warm to. But is she a killer? Strong characterisation and well-evoked settings are always the hallmarks of an Aline Templeton novel.

It’s astonishing to me to realise that The Jackal Man is Kate Ellis’s fifteenth novel about another – but very different – DI, Wesley Peterson. She manages to be prolific without ever sacrificing quality and there is an atmospheric and sometimes almost exotic flavour to her plotting which really is most appealing. In this book, two young women are found dead. Is there a link to a ritual connected with Anubis, the jackal-headed Egyptian god of death and mummification? And who could resist a set-up like that?

Aline and Kate seem to me to be typical of the best type of modern British mystery writer, producing entertaining books that not only well-constructed but contain plenty of insights into human nature and the world of today (and, in Kate’s case, are also plenty of historical lore). They are both friends of mine, but I won’t let any lack of impartiality deter me from encouraging others to give them a try!

I heartily concur, Martin. Both of them are excellent, and I've had many entertaining hours thanks to them. Glad to know there are new books from each.

A new Kate Ellis is always welcome. When someone first recommended that I read her, he said that the series was about a black, university-educated London policeman transferring to a Westcountry town to work for an old-school copper from Liverpool. I thought, uh-huh, I can guess how that'll pan out, boring culture clash. I was wrong, of course. One of the many joys of the books is how Kate subverts your expectations, so that her characters are never one dimensional.
I see from her website she's already working on the sixteenth in the series!

Thanks, Dean.
Janey, welcome to the blog and I so agree!