A Tale of Three Islands 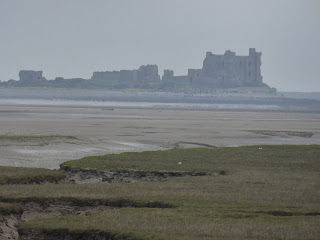 Cumbria is a large county, and there is more to it than the Lake District. Whilst my series is set in the Lakes, I feel that it wouldn't be realistic to confine the activities of the county's cold case team to the Lakes, and therefore I'm keen to keep an eye on other locations. That, plus idle curiosity, prompted me to visit Barrow-in-Furness on the way back from Carlisle the other day, and in particular to take a look at the islands just off the Furness peninsula.

Walney Island is by far the largest of those islands, and it's linked to the docks area of Barrow by a substantial bridge. Many of the houses on the island were originally built for people who worked on the dock, but although there's an industrial (verging on post-industrial) feel to part of the area, there are also two nature reserves and some wonderful views. There's also a great pub at Biggar, The Queen's Arms, where the locals went to some trouble to give me directions to Piel Island. 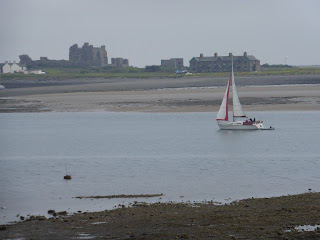 You reach Piel via Roa Island, which is itself accessed by a causeway from the mainland. At the end of Piel Street, there is a huge lifeboat station, and a long jetty for the ferry to Piel. Piel was given to the people of Barrrow after the First World War, and the ferryman was none other than Steve, the King of Piel. 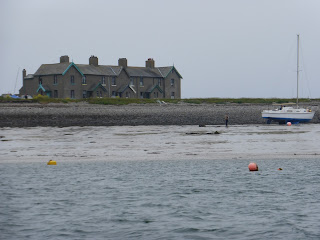 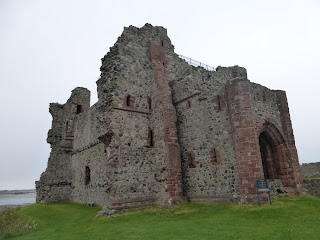 Piel has a marvellous history. The monks of Furness Abbey built what is now known as Piel Castle (not to be confused with Peel Castle on the Isle of Man) and it's in the care of English Heritage. The ruins are extremely impressive. We were stranded on the island for a couple of house, because of the tides, but this was no hardship. It's pleasant to walk around the ruins, to admire the views, and to sample the hospitality of the Ship Inn.

The King of Piel is the landlord of the Ship Inn, and his throne is on display (see below.) The story goes that if anyone sits n it, they have to buy drinks all round. It's an absolutely fascinating place, and I found the trip truly exhilarating. Steve told me that he's thinking of writing his memoirs. I bet they would be well worth reading, and I'd be in the queue to buy a copy. I was left wondering how to fit Piel Island into my next Lakes book. There has to be a way.... 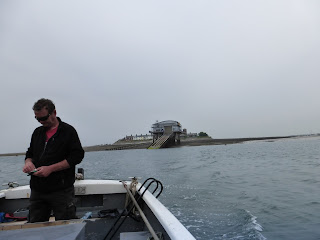 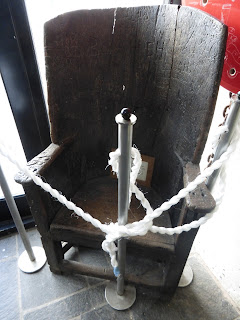 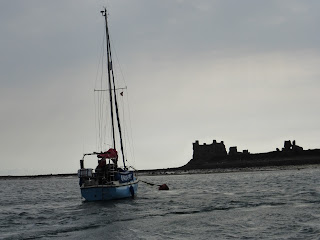 Martin – Good post. Piel Island, remote and mystical looking, would make a great setting for a mystery. It must have felt strange to take a boat ride from the modern world to the middle ages and then back to the 21st century, all in one day. – Also, I believe I saw Piel on TV. Actor Martin Clunes went there for one of the episodes of his show, Islands of Britain, which aired here on public television. – EB