One great advantage of no longer being a full-time lawyer is that I have the chance to fit into my calendar more fun trips and events than used to be the case when I was commuting five days a week. In recent times I've been making the most of this,and today's post rounds up just a few of the enjoyable events that have occupied me recently.

Let me start with Tuesday's CWA Daggers ceremony, and the award of the CWA Diamond Dagger to Catherine Aird. It was a huge pleasure for me to be with Catherine on this special occasion, and I don't believe anyone could deny that she is a worthy winner of this accolade. It's not easy for authors, however eminent, who lack a powerful publicity machine nowadays, but the outpouring of enthusiasm that has greeted news of Catherine's success illustrates that her many years of quietly producing fine mystery fiction are very, very, widely appreciated. 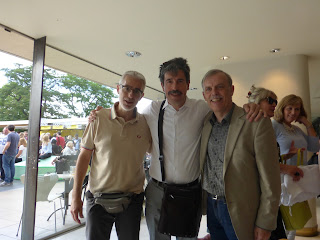 I've been catching up lately with a number of nice people whom I haven't seen in a long time. A week last Friday, I met up with two Italian friends I've been in touch with for about twenty years - but never actually met until now. Davide Bonori and Roberto Pinardi are delightful chaps who share my musical passion, and we met up at Burt Bacharach's concert at the Royal Festival Hall. The event was televised by the BBC, and will reach your screens before too long, no doubt. The great man starred at Glastonbury the following afternoon, and although he is now 87 years old, he was still in terrific form. I was equally glad to meet Davide and Roberto in person. 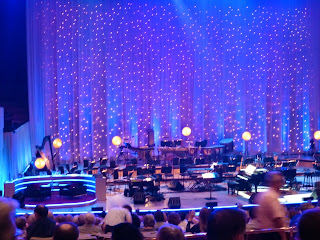 I've also had my first trip on Eurostar, spending a couple of days in Ghent. It's a picturesque city, on a par with lovely Bruges, and my son and I had a fine time seeing the sights. I've tried to conjure up a link between Ghent and detective fiction, but failed miserably. Perhaps Poirot or Simenon knew it well. Whatever. I can strongly recommend this lovely city. 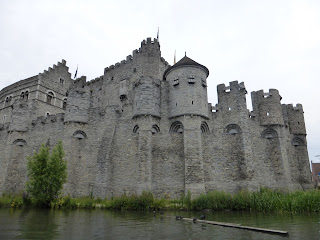 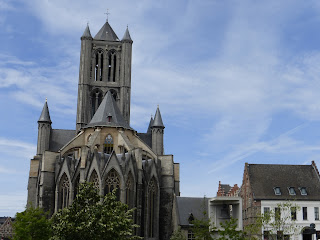 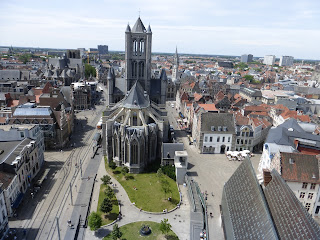 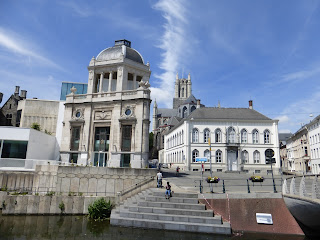 Finally, I've looked round several exhibitions in London. Among other things, I popped in to the British Library shop, and signed copies of The Golden Age of Murder. I have to say that the piles of Crime Classics gladdened my heart.. They are still selling incredibly well..... 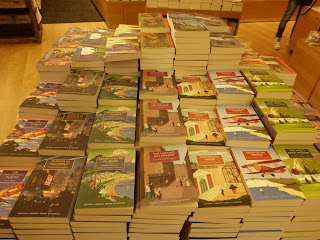 Please feel free not to publish this comment on your blog. I have just finished reading The Golden Age of Murder. I thoroughly enjoyed it.

One very small correction: Miles Franklin was born in New South Wales,she is not a New Zealander. She spent her childhood in the Brindabellas near Canberra.

Congratulations on this superb book.

Thanks, Sue. You're quite right, and given that I knew about MF, I'm not sure why I had a brainstorm on her nationality. But it will be corrected for the paperback!