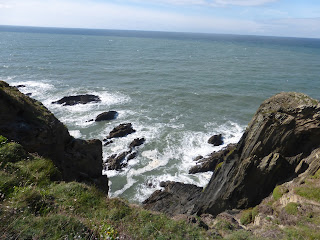 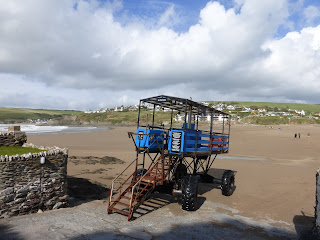 This past twelve months, I've visited a wonderful variety of places, near to home, and very remote, and many have had literary associations., For many years, I hardly travelled abroad, but I've more than made up for that in recent times. It remains the case, however, that I love Britain, and exploring places that are relatively close at hand. A prime example came with a trip to Burgh Island in September. It was great fun to follow in Agatha Christie's footsteps: Burgh is not only the place that inspired the setting for Evil under the Sun, and probably also And Then There Were None, but a magical spot in its own right. The fact that my visit coincided with warnings of a tropical storm which cut us off from the mainland only added to the atmosphere... 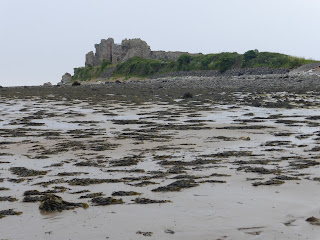 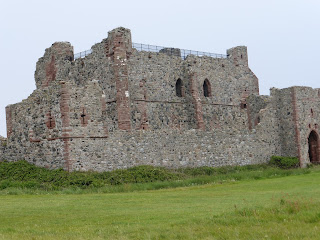 You could say something similar about Piel Island (above), off the Cumbrian coast. No murder story has yet been set there - but the operational word there is 'yet'...A boat trip out there, courtesy of the King of Piel, was a great experience. Again there was a risk of being stranded on the island, but this time it didn't materialise. I went to Piel as part of my Lake District research for the next book. Other destinations included Silloth, visited on a beautiful afternoon, with great views over the Solway Firth, and that's another location I mean to use in fiction before long. 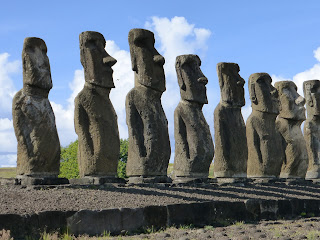 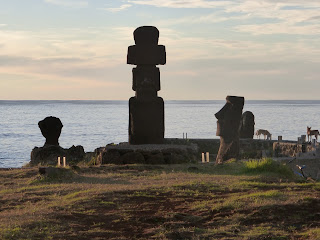 In fact, travel is, I find, a great way of getting story ideas. I suppose it's because of the exposure to a wider range of ways of life. I don't actually do any writing whilst on my travels. Rather, I take notes of all manner of things that strike me as interesting. This year there was an island theme to many of my trips. The most amazing destination was Easter Island, somewhere I've been fascinated about since I read Thor Heyerdahl's Aku Aku as a young boy. Heyerdahl's theories about the islanders' origins are now outdated, but his book fired my interest in the unique history of Rapa Nui. There's always a danger that some destinations may not live up to expectations, but that was never a possibility with this wonderful place. 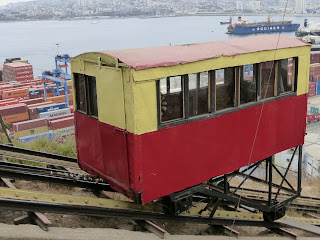 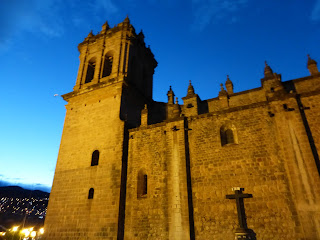 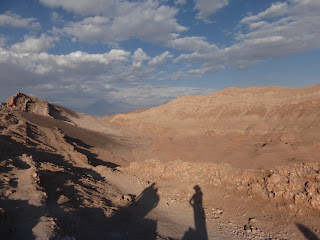 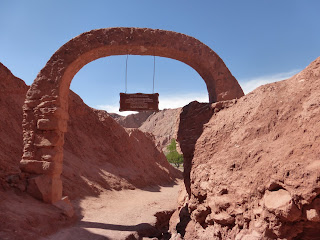 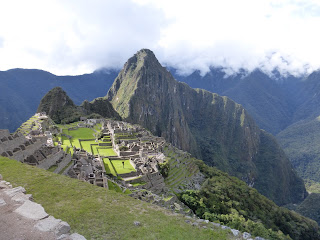 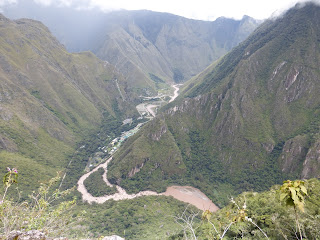 The journey was so long that the travel agent persuaded me that it made sense to combine it with a look at South America. Good advice - I'd never had such a burning desire to visit Chile or Peru, but they turned out to be marvellous destinations. Not just Machu Picchu, but also places like Cuzco, Valparaiso and the Atacama Desert. Unforgettable. And two of them are likely to feature in my fiction before long. Whilst in Valparaiso, I visited the home of Pablo Neruda, and was delighted to discover in his personal library copies of a stack of Golden  Age paperbacks - including Trial and Error by Anthony Berkeley, and titles by the likes of Michael Innes and Q. Patrick. 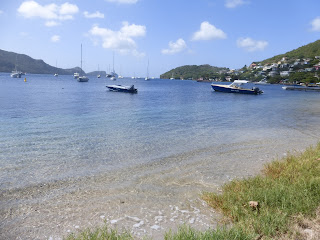 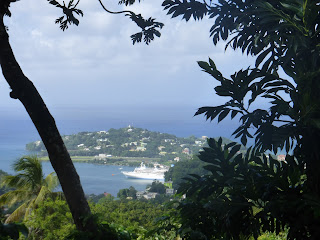 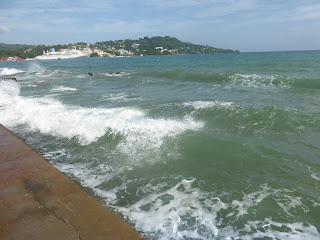 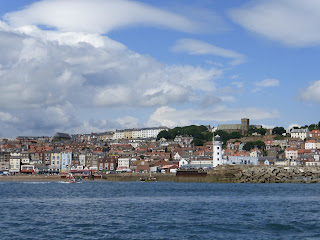 A week's cruise around islands of the West Indies was a more recent treat. Pick of the bunch was Bequia in the Grenadines, closely followed by St Lucia. but each island has its own distinctive nature and plenty to offer. Dominica is an example. It was the birthplace of the late Jean Rhys, and I've just finished reading The Wide Sargasso Sea, which was a Christmas present (yep, I do sometimes get away from crime fiction, believe it or not!) I'd not read Rhys before, but hers was an extraordinary life, and there is something quite compelling about her prose. This book is regarded as her masterpiece, but I'm certainly tempted to read more of her work.

Somehow this year I managed to spend my birthday sailing on a pirate ship in the harbour of Scarborough, North Yorkshire (last of the above photos), and then, four month later, travel to another port called Scarborough - in Tobago (next to last photo). No prizes for guessing which was slightly warmer, but the Yorkshire resort will always be one of my favourites: it has rather more to offer than endless sunshine.. 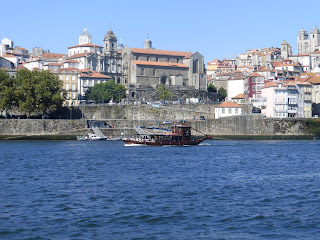 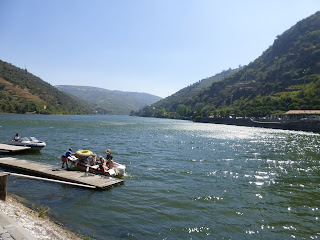 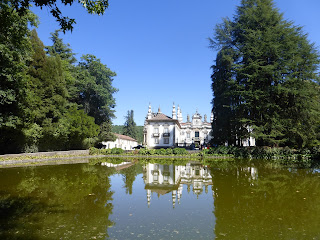 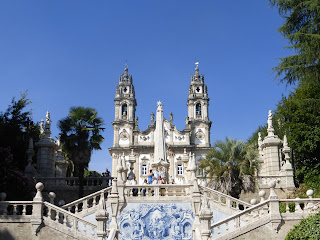 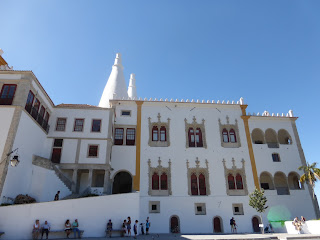 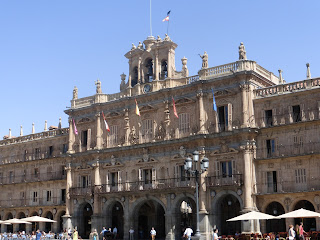 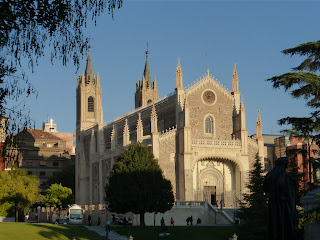 Back in Europe, I managed to see plenty of new places, including Sintra, Porto, Coimbra, Lamego, and the fabulous River Douro in Portugal, Salamanca, Madrid and Toledo in Spain, and the charming and under-estimated Ghent. 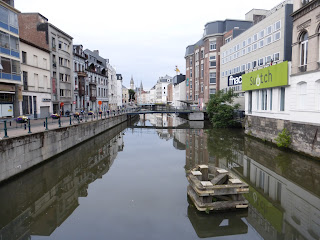 I travelled to Ghent by Eurostar, something made easier by the location of my son's flat within walking distance of St Pancras. I've spent much more time in London (below photo) than before, and this has given me a chance not only to meet up with more people, but also to see some of the never-ending exhibitions, including the Magna Carta exhibition at the British Library, and the intriguing cartoons at the Cartoon Museum, as well as places like Tate Modern and the NPG. The recent Alice in Wonderland exhibition at the BL was definitely worth a look. I'm an Alice fan, and Daresbury, where Lewis Carroll spent much of his early life (hence the 'Cheshire Cat') is just down the road from where I live.

It's impossible to do everything that one would like to do in life. One can't read every book, or visit every resort. All the same, I've been lucky this past twelve months to have had the good health and the time to see at least some of the marvellous places the world has to offer.. 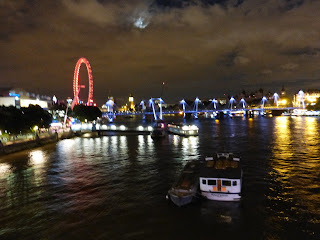 Wow! What a lot of great places you visited.