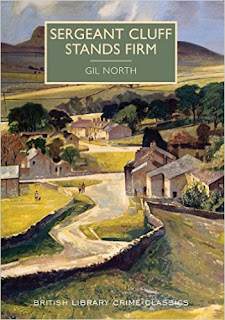 Yesterday saw a very enjoyable launch event at the Grove Bookshop in Ilkley of the latest British Library Crime Classic. The book we were celebrating was Sergeant Cluff Stands Firm, by Gil North, the first novel in North's Yorkshire-based series. September will see the publication of a second book in the series, The Methods of Sergeant Cluff. 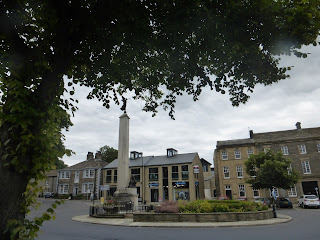 I'd got in the mood for the event by touring round scenic spots in Yorkshire, including Skipton, which North fictionalised as Gunnarshaw, Cluff's base. Landscape plays an important part in the books, and I enjoyed visiting Malham Cove, climbing a long way up to the fantastic viewpoint on the Limestone Pavemetnt, and taking a look at lovely Malham Tarn. 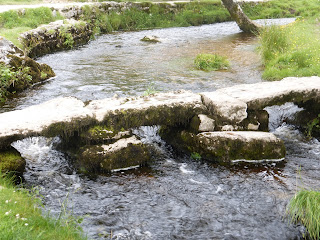 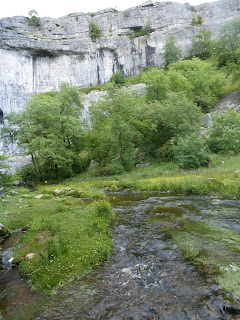 The Gil North books represent something of a departure for the British Library, because they were published in the Sixties, rather than during the Golden Age of Murder between the wars (at least that's how I define the Golden  Age,but really it's a concept that means different things to different people). But the Library takes the view that books that are more than 50 years old are certainly eligible to be considered as examples of Classic Crime, and that seems spot on to me.. 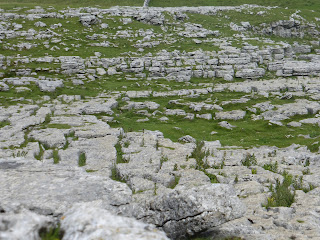 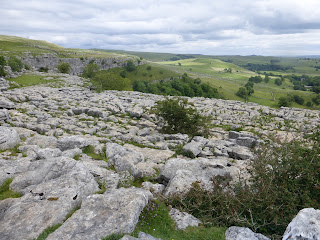 I have a very, very distant memory of my father watching the Cluff TV series when I was a small boy. Yes, Cluff was a telly cop! He was played by Leslie Sands, well cast as the dour but compassionate Dalesman. The TV series was written by North, and enjoyed considerable popularity, but of course even TV fame is relatively transient. It's good to see these books - clearly influenced by Simenon in terms of style and approach - back in print. 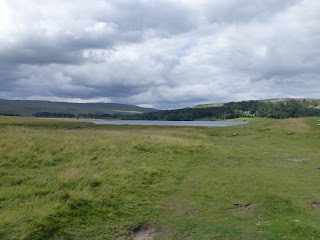 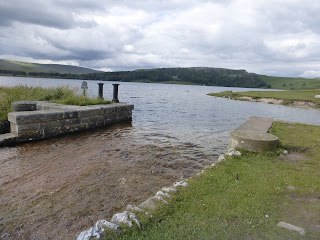 Gil North was a pen-name for Geoffrey Horne, an interesting character about whom I learned a good deal from talking to his son Josh before writing my intros to the two books. I was sorry Josh was unable to attend the launch, but it was good to spend time with Rob Davies of the British Library, Peter Crangle, who represents the estate, and an enthusiastic audience including Catherine, alias that splendid blogger Juxtabook. We missed Lisa Shakespeare of Midas PR, who has been very busy n generating interest in Cluff, but I hope our paths cross before long. Perhaps at the Ilkley Literary Festival in October, to which I've been invited, and where I'll be talking about Cluff and Classic Crime (and a bit about my own books) in October. Really looking forward to it. 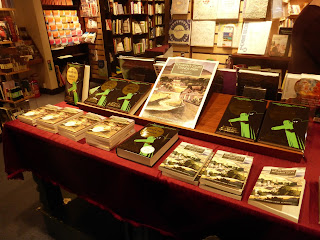 I have this and the next on order, but not yet in hand. Looking forward to reading something a little different.

Hope you enjoy them, Richard

I read the first Cluff book recently and absolutely loved it - review will appear in Shiny New Books next month. Gil North is a tremendous writer. Hooray once again for the BL Crime Classics!

I know I am very tardy in commenting on these books but I could find no better spot to make this comment:
I have loved the 20 BL Crime Classics I have so far read, and Mr Edwards knowledgeable and enlightening introductions to each one. (I am also working my way through the fascinating "The story of classic crime in 100 books".)
But both of Gil North's books have both been my favourites from the BL Crime Classics collection. Is there any chance that some more of his Sargent Cluff novels will make it into the BL Crime Classics or at any rate be reprinted?
Thanks for your work on this and for giving these novels a second chance of life - I would never have found most of these wonderful stories if not for this collection.

Hugh, I do appreciate your enthusiasm for the series and I hope you find plenty more of interest in The Story of Classic Crime. I hope that one day there will be more Cluff books, but it won't be in the next nine months or so, as the slots have been filled. There's quite a long waiting list!