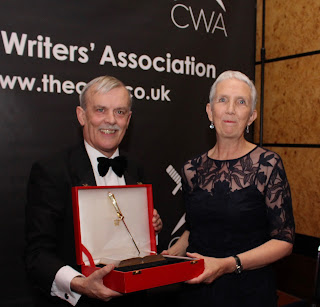 The CWA Dagger Awards Gala Dinner is one of the major occasions, perhaps the major occasion, in the crime writing world, in Britain at least. I've attended quite a number of Dagger award ceremonies (for a while they were lunches rather than dinners) over the past twenty years, but last Thursday's Gala Dinner at the Grange City Hotel in London was a very different experience, because in my capacity of Chair of the CWA, I was hosting the event. To say that this took me way outside my comfort zone would be an under-statement, but as things turned out, it was a marvellous evening, and Hayley and the organising team deserve huge credit for making sure that everything went so well. Thanks also to Gary Stratmann, our photographer for the evening. 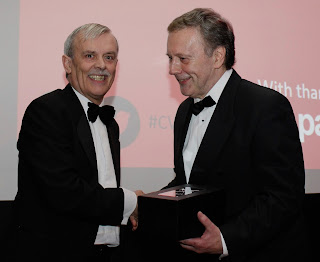 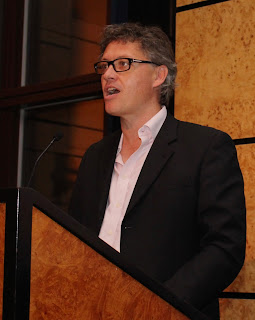 Huge credit also goes to our Master of Ceremonies, the inimitable Barry Forshaw, whom I presented with a CWA Red Herring award. Barry, the consummate professional,  made sure that the ceremony went with a swing. And our guest speaker was absolutely excellent. He was Robert Thorogood, creator and writer of Death in Paradise, who proved to be both witty and charming. We had a very enjoyable chat about Golden Age fiction, of which (as those who have watched the show can guess) he is a huge fan. Robert had a tough act to follow, because last year James Runcie was a splendid guest speaker, but we were lucky to have someone equally impressive this time around. 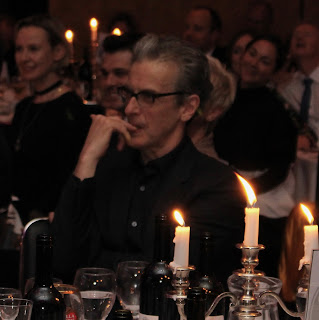 I've attended quite a lot of awards ceremonies over the years, in the legal world as well as in the writing world, and the one thing I've learned is that, if you aren't careful, they can drag on, and the audience becomes bored. I vividly remember legal dinners where sweepstakes were run to guess the length of the seemingly interminable speeches. We were determined to make sure this didn't happen on Thursday.. Whilst it's obviously essential not to rush through awards in such a way that they make no real impression, the pace of the evening's events was an important element in creating the feelgood factor that prevailed from start to finish. An added bonus for me was that a story from a book I'd edited, Motives for Murder, won the CWA Short Story Dagger., though I hasten to emphasise that the judging process is completely independent! 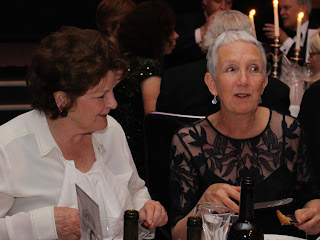 It was a glittering occasion, and the audience of 250 people included such stars as Peter Capaldi and Brenda Blethyn. I talked briefly about the progress the CWA has made this year, and had the great pleasure of presenting Ann Cleeves with the CWA Diamond Dagger. All in all, a memorable occasion, a career highlight, and one that (now it's over!) I shall look back on with enormous and lasting pleasure. 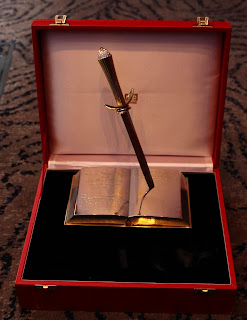