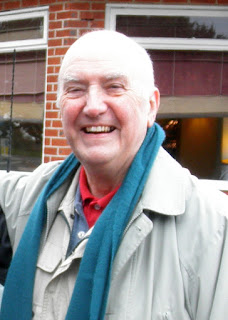 On this blog and elsewhere, I've mentioned many times that one of my absolute favourite books about the crime genre is the late Bob Adey's marvellous and unique Locked Room Murders. Bob was a great guy, to whom I dedicated Miraculous Mysteries, and from whose widow Sue I've been able to acquire a number of gems for my own collection. I'm the proud possessor of copies of the first and second editions which Bob inscribed for me years ago, but for a long time it's been a source of frustration and regret that other fans have been unable to track down copies at affordable prices.

Now that's going to be put right. I'm delighted to hear from John Pugmire that the book is to reappear, under his Locked Room International imprint. And even better news, an update is in the works. Here is the information John has passed on to me:

"Locked Room Murders is a bibliography containing a description of the problem and, separately, the solution to locked room and impossible crime novels and short stories.

It has been a classic in the locked room pantheon for over 40 years, beginning with a 1972 article by Bob Adey in The Armchair Detective. The first edition of Locked Room Murders, published by Ferret Fantasy in 1979, covered 1280 titles. The 1991 second edition, published by Crossover Press, covered 2019 titles.

Due to limited print runs, both editions have become prohibitively expensive. Locked Room International (LRI) is now making a revised version of the Second Edition available at an affordable price. Edited by Brian Skupin, LRI consultant and co-publisher of Mystery Scene magazine, this revised version contains the same 2019 titles, but with corrections and additional references which have appeared since 1991.

Plans are in place to publish a Supplemental Edition in 2019, to include novels and short stories (including translations from sources outside the Anglosphere) published since 1991, films, TV series, graphic novels, and other media. It will not contain any of the titles in the Second Edition, Revised."

So I gather this will be a trade paperback, not an ebook? Either would be fine, I'm just curious.

Yes, this is a trade paperback, about 500 pages. It's a fair bit longer than the original Second Edition because I added more sources for many short stories (like Crippen & Landru collections and other anthologies), and made sure that reprints of previously-rare novels from the good people at Locked Room International, Ramble House, and Battered Silicon Dispatch Box are listed.
-- Brian Skupin

Got mine today from Amazon and yes, it's a real (thick) paperback.

Brian, thanks for responding to Rick. What a great publication this is.

This is indeed good news. Bob's book was a monumental bibliographic achievement in the mystery field, matched only by that of his friend and fellow omnivorous book collector, Al Hubin. I too have inscribed copies of both editions, and will soon have this new edition, but regrettably missing Bob's signature. Kudos to Locked Room for making it available again.

I guess the reason that Adey's Locked Room Murders isn't available as a Kindle edition is that it would immediately be pirated, thus robbing the publishers of whatever little revenue they might have expected to receive for such a "niche" publication -- which is entirely understandable. I still can't help feeling it's a bit of a shame though: the free-text Search feature of Kindle books is perfect for a reference work like this. For example, it would make it so easy to find every instance of the word "mirror" in the solutions at the back of the book, should you happen to be, say, a locked-room author who's trying to make sure they aren't retreading old ground -- or perhaps an academic/nerd researching the subject. Oh, well...