Forgotten Book - The Women of Peasenhall 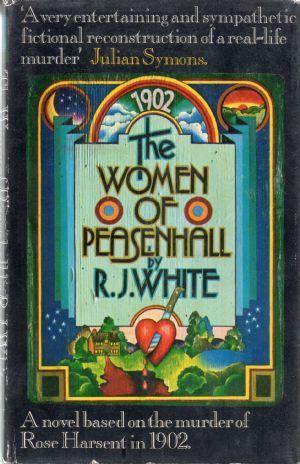 A remarkable number of crime novels have been based, directly or indirectly, on real life criminal cases, and The Women of Peasenhall by R.J. White is an example. The novel was published by Macmillan in 1969, and earned high praise (emblazoned on the front cover) from Julian Symons, no less. The book was White's second to be based on a true crime. His prize-winning The Smartest Grave, published eight years earlier, was inspired by the Moat Farm Murder, and introduced the rather likeable Inspector Brock, who returns here.

Reginald James White came to crime writing late in life, and this book appeared only a couple of years before his death. He was a Fellow of Downing College, Cambridge, and his subject was history. He published several well-regarded history books, and his erudition is certainly on display here. Mind you, there is one howler - Brock's wife refers to the actress Gladys Cooper, whose acting career did not begin until a few years after the events of the story. Ooops. But it's reassuring, I tend to think, to see that even the most learned authors can get things wrong - as we all do from time to time.

The book is based on the unsolved murder of Rose Harsent in a remote Suffolk village in 1902. The case is something of a classic. The same man, William Gardiner, was tried for the murder twice, but not convicted, and lived for almost another forty years. White captures the strange village atmosphere pretty well, I think, and introduces us to the word "proxymater" - which means a woman who has sex with a man to keep him happy while his wife is pregnant; we are a long way from contemporary mores here.

White comes up with an intriguing explanation of the crime, but the book is a rather odd one, elliptically told, and one gift he did not have was that of building tension and suspense. It's a short book, but still moves rather slowly. A lesbian sub-plot is never developed, and we don't get a real sense of the victim's personality, while the female character who clearly interests White the most is sketched in a rather incomplete way. White managed to interest me in the Peasenhall puzzle and I liked his book but felt he could have improved it by working on it more.