The CWA Annual Conference in the Lake District 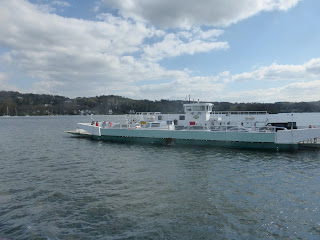 I'd barely had time to get my breath back after my trip to Toronto when I was on the road again - not such a long journey this time, though. An hour and a half up the M6, the CWA annual conference was being held at Bowness-on-Windermere in the superb Macdonalds Old England Hotel, right on the bank of the lake. And it was a very special occasion for me, as it marked the end of my term in office as Chair of the CWA. More about my time in the hot seat another day. 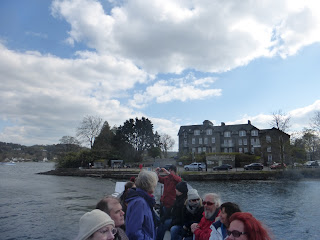 In partnership with Cumbria Libraries, we'd arranged a series of library events for conference delegates, and I took part in three of them. The first was a solo effort at Kendal's Carnegie Library, swiftly followed by a trip to Ulverston Library, where I featured in a panel along with Jean Briggs (who was the lead organiser for the conference) and Shetland's Marsali Taylor. A pleasant late evening meal with Marsali was followed the next day by a trip to Ambleside Library, where I was a member of a panel including Kate Jackson and Christine Poulson. Then the conference began with a prosecco reception, and a short talk by Mike Craven and myself about Lake District mysteries before a dozen of us dined together at a local restaurant. 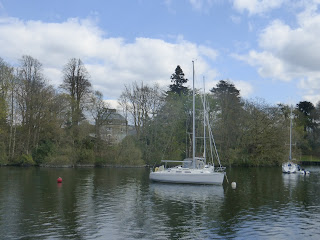 On Saturday, we had a terrific presentation by a husband and wife team comprising a forensic psychologist and a detective constable, followed by a talk from David Donachie, Chair of the Society of Authors. In the afternoon there was a choice of activities, and I opted for a two-hour sail on Windermere, up to the north end of the lake. Blustery but fun - and it didn't rain all weekend, rather incredibly! 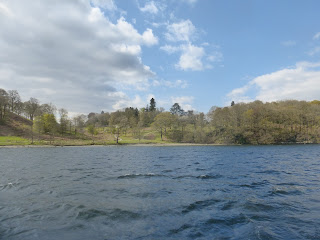 Then came the CWA AGM, culminating in the moment when I officially handed over as Chair to Linda Stratmann, with Jean coming in as a new Vice Chair. It wasn't poignant so much as truly gratifying to see the membership, and the organisation as a whole, in such good heart. A gala dinner followed, with an after dinner speech by a former Police and Crime Commissioner. Sunday saw talks by a retired detective, a leading criminal barrister, and a literary agent, and then in the afternoon there was a "Cupcakes and Crime" event in which I formed part of a panel with Christine, Peter Lovesey, Mike, and Kate Ellis. Another convivial dinner, and then on Monday a trip to Grasmere and Hawkshead before the homeward journey. 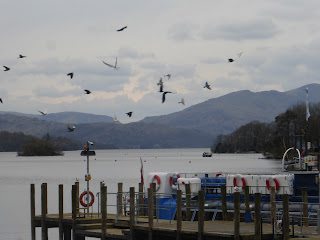 The CWA conference is always a great event, and though I'm not impartial, I found this one especially memorable and enjoyable. As ever it was good to catch up with old friends, such as Keith Miles, Robert Richardson, and Sarah Ward, as well as to meet talented members of the new generation of writes such as Vicki Goldie, Eva Cserhati, and Alex Chaudhuri. And my very best wishes go to Linda as my successor. 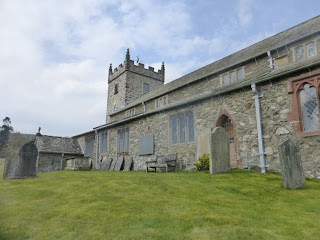