Researching a Novel - and Ravenglass 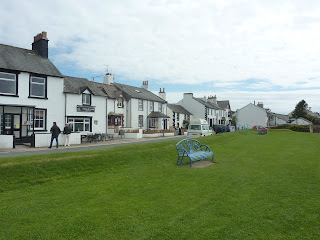 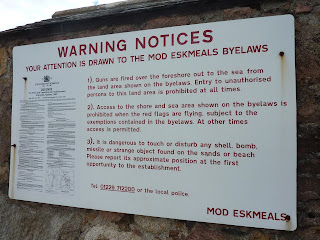 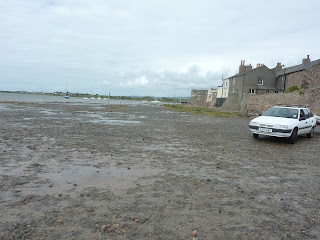 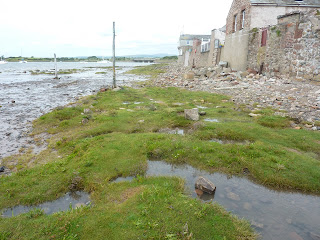 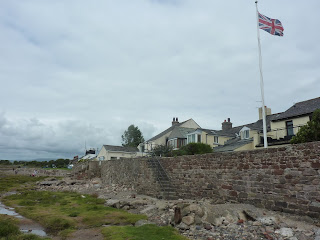 Researching the background of a novel can be hard work on occasion, but it can also be highly pleasurable. I decided recently that I needed to have a re-think about the setting of the new Lake District Mystery, and use a background that I haven't featured before. There were several possibilities, and I decided that I'd start by scouting out the area around Ravenglass on the west coast of Cumbria.

So on Friday, that's exactly what I did. Ravenglass is quite a distance from Cheshire, and I didn't have much time to spare, so it was a whistle-stop tour of an area I've visited briefly in the past. But it was really rewarding, and I'm now pretty settled in thinking that the new story will be based around the west coast. It's a fascinating part of the world, where small coastal resorts lie almost next door to the massive nuclear reactor at Sellafield.

Ravenglass, with its atmospheric estuarine setting, has a narrow gauge railway, on which I travelled on some years ago, and also some Roman remains - the walls of an ancient bath house are tucked away in the trees. I wandered around, trying to figure out how some of the scenes I envisage including in my book could fit into such an area.

Of course, the power of the novelist lies in the ability to make changes to topography. I do this quite a lot, for a number of reasons. First,it helps sometimes to make the story work. Second - and this is often more important - it helps to reinforce the message that I'm writing fiction, not thinly disguised fact. You  can take realism too far, and I certainly don't want people living or working in the Lakes to think I am writing about them, their houses or their businesses.

So having researched a location, I invent places to fit into the neighbourhood where the main action of my stories take place. Does this mean the research is a waste of time? Not a bit of it. I now have a better feeling for the coastal areas I visited - including the sand dunes of Drigg - and even if I need to make a few changes before a version of them appears in the novel, the time spent on soakiing up the atmosphere will have been worthwhile. I hope so, anyway... 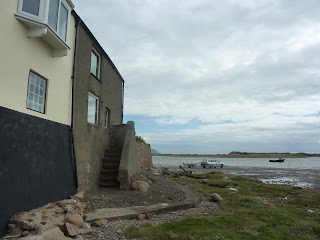 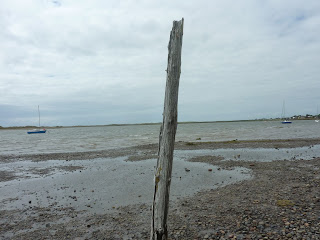 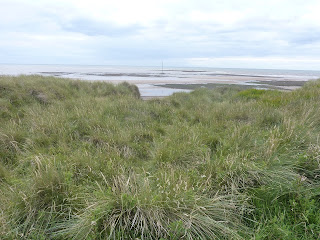 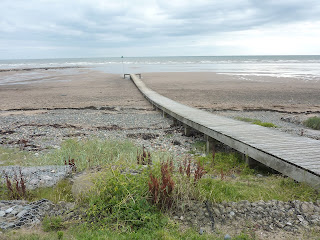 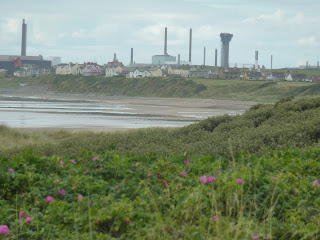 Great atmospheric shots, Martin - washed out seascapes are always evocative. The looming powerstation brings to mind my favourite P D James novel, Devices and Desires. I love the way that book pitches the nuclear reactor on one headland of the bay against a ruined abbey on the other - two potentially devastating power sources with the powerful sea between them.

Good luck with the writing.

Martin - Oh, those 'photos are lovely. I can just imagine now what the new setting will be like. Looking forward to reading it!

Thanks, Daniel. Devices and Desires is a very good analogy. A great book.

Some lovely photographs. I saw your post as I'm interested in how other writers carry out their research, so really useful to get some insights from you.

I write historic fiction so a lot of my research is book based - although sometimes if you're lucky you can find some good locations as well and I have some photos of places as well - you just have to imagine them without the modern buildings around! If you are more into book based research there is of course your local library, but that can only get you so far especially if you want primary source material. I just did a blog post on how to use the Internet Archive to get hold of hard to find out of copyright material for free, see http://marklord.info/2013/10/02/using-archive-org-to-research-your-novel/

You can get PDFs of old books and primary source material such as historic chronicles and other documents.