Guernsey and the CWA conference 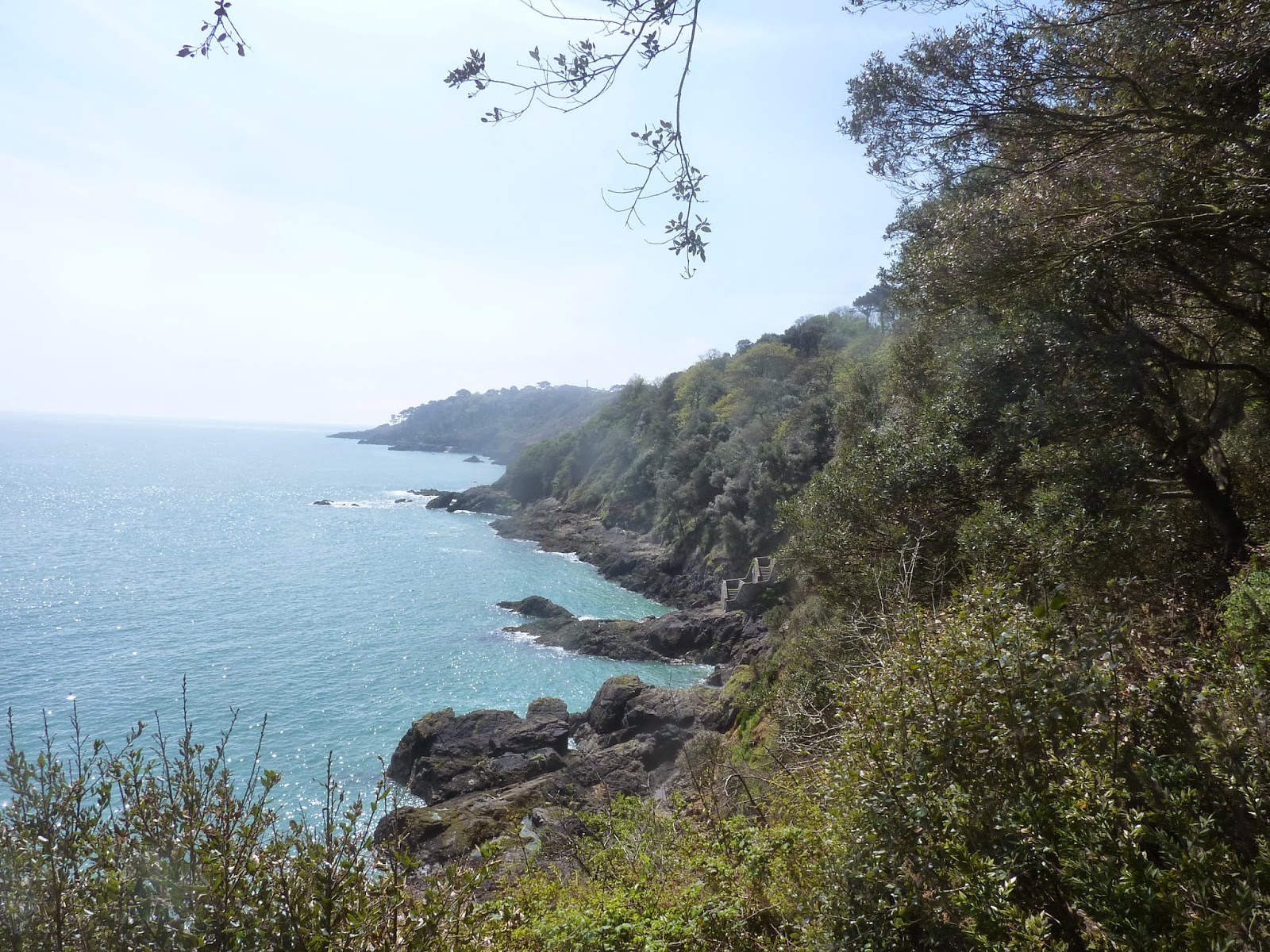 The CWA conference in Guernsey over the week-end was, quite simply, one of the best conferences I've ever attended. The event was superbly organised by Jason Monaghan, with assistance from Judith Rhodes, and as I am a fan of the Channel Islands, I managed to expand the trip into a short holiday that also included some literary research. I'd visited Guernsey on day trips previously, but I'd never stayed on the island before. It's a great place, and the weather was generally kind, making it possible to enjoy fantastic scenery as well as a host of interesting events. 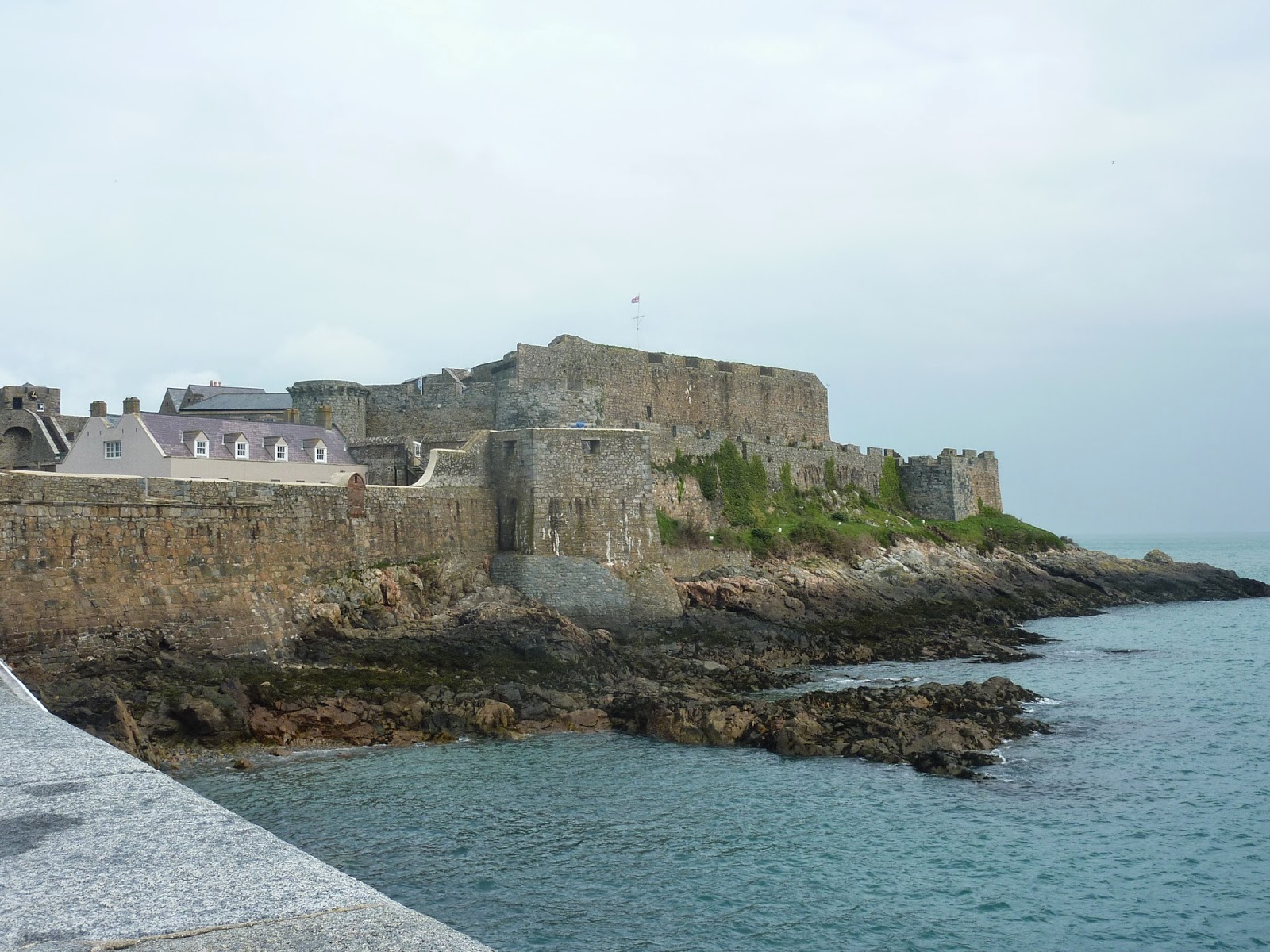 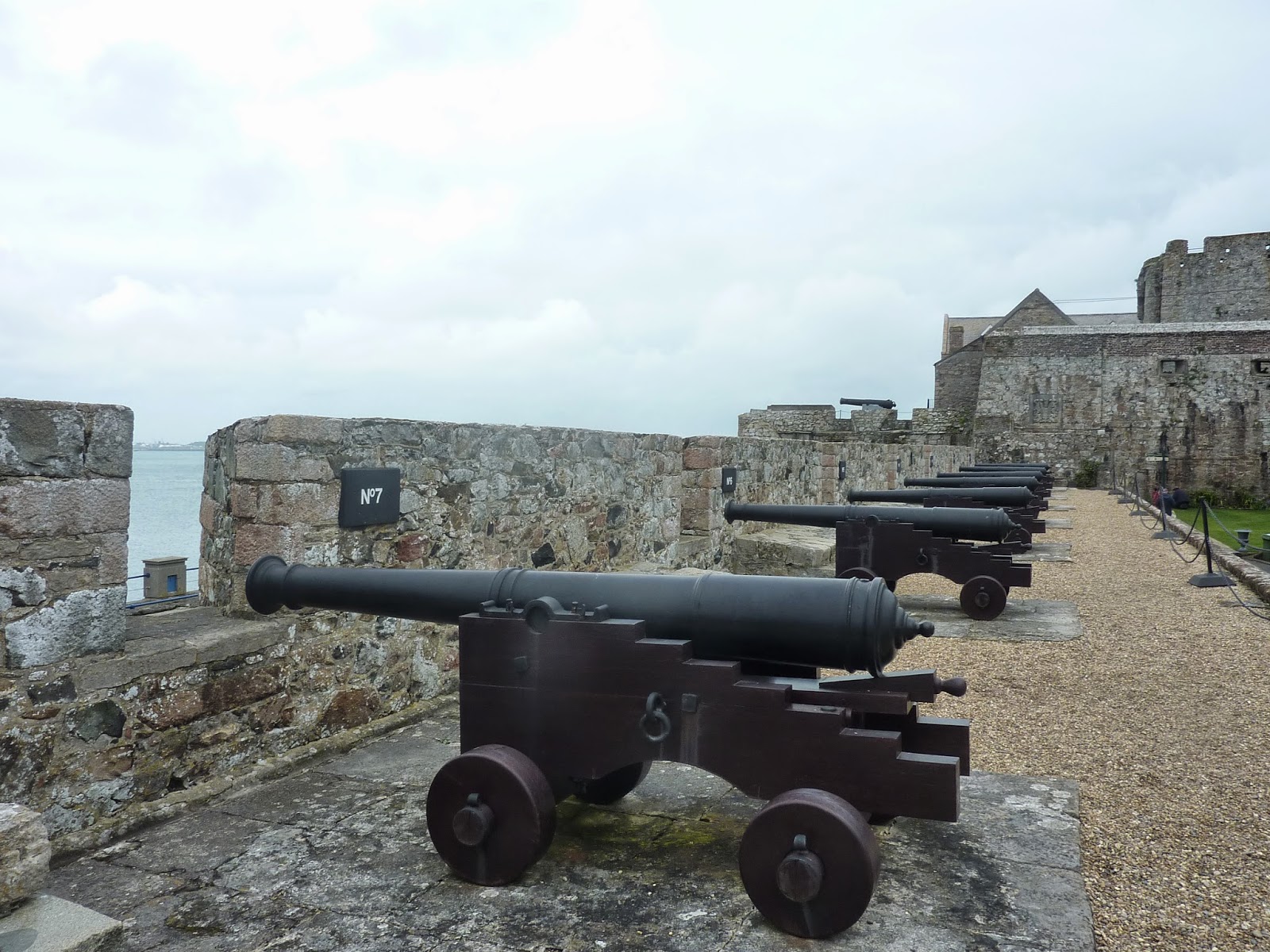 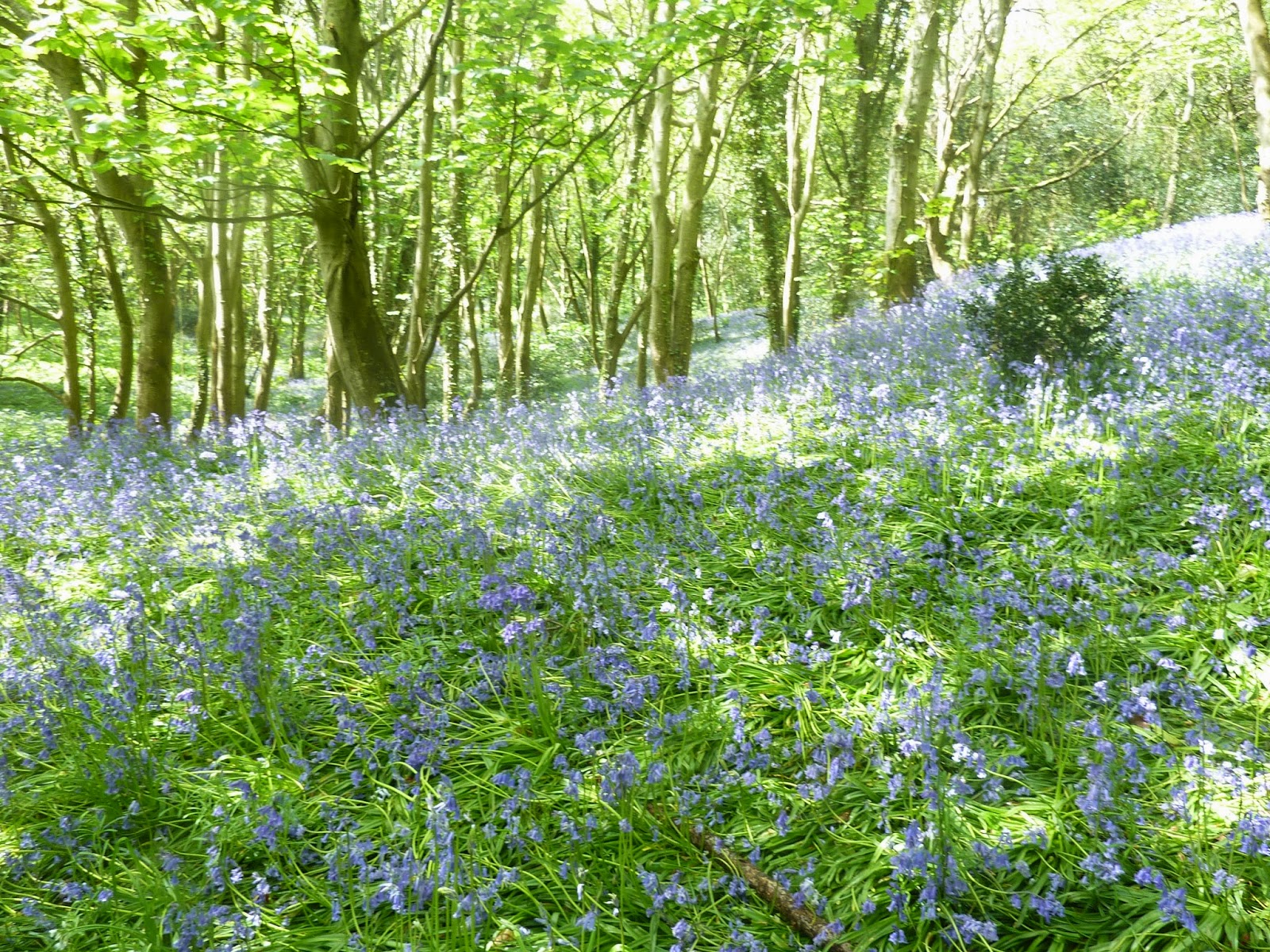 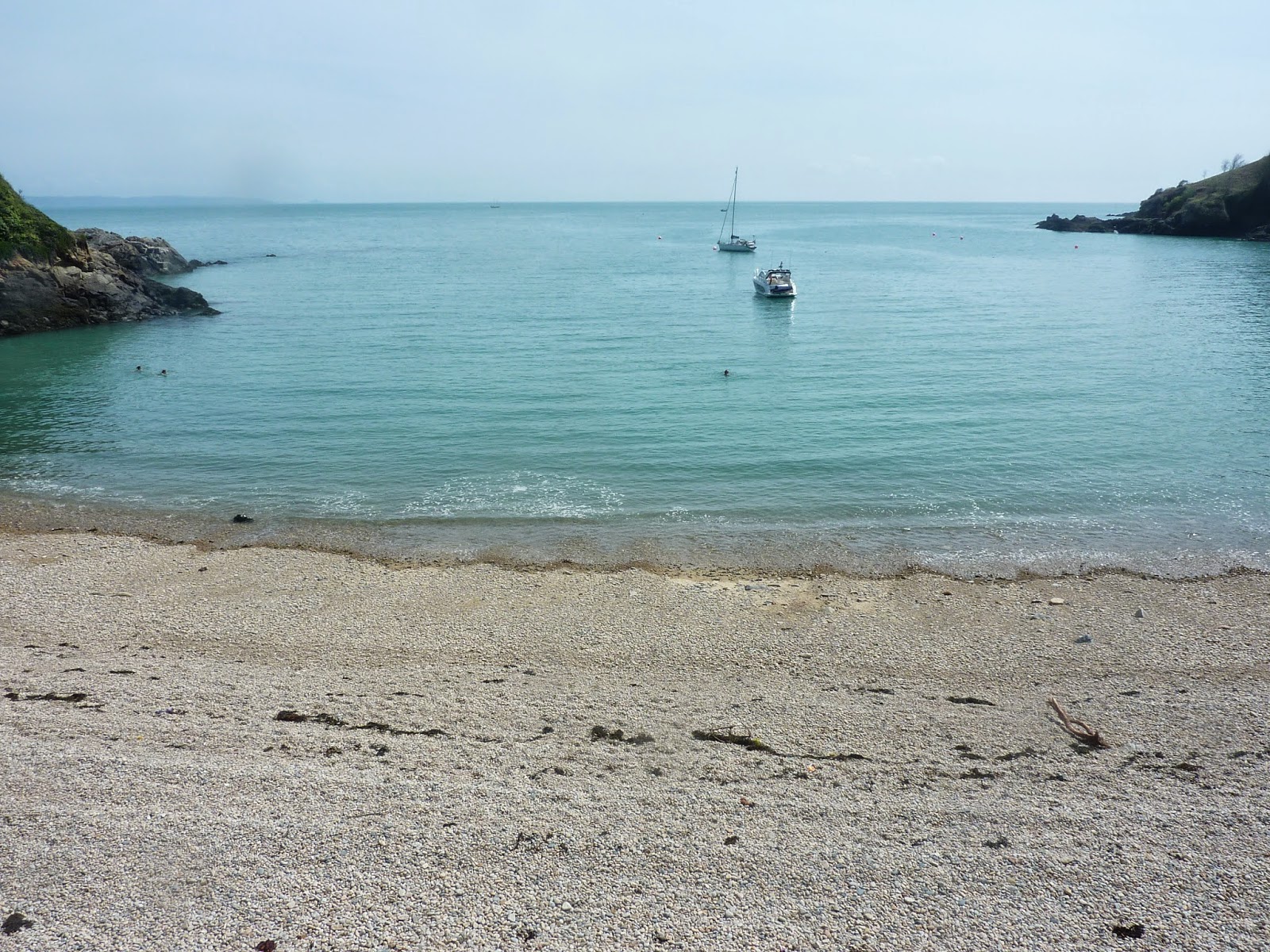 Before the conference began, I'd visited history-packed Castle Cornet, and had lunch at the beach cafe in lovely Fermain Bay, as well as exploring the cliff path walks complete with a dazzling bluebell wood. Jason is both a crime writer and director of the Guernsey Museum, and the Museum was the setting for a pre-conference panel featuring Keith Miles, Kate Ellis and me. The Museum is both modern and very good, and is situated in Candie Gardens, the setting for Eileen Dewhurst's excellent novel Death in Candie Gardens, which I hope to cover in this blog before long. Close at hand is the Victoria Tower, and if you borrow the key from the Museum, a climb up inside is rewarded by views across the island. 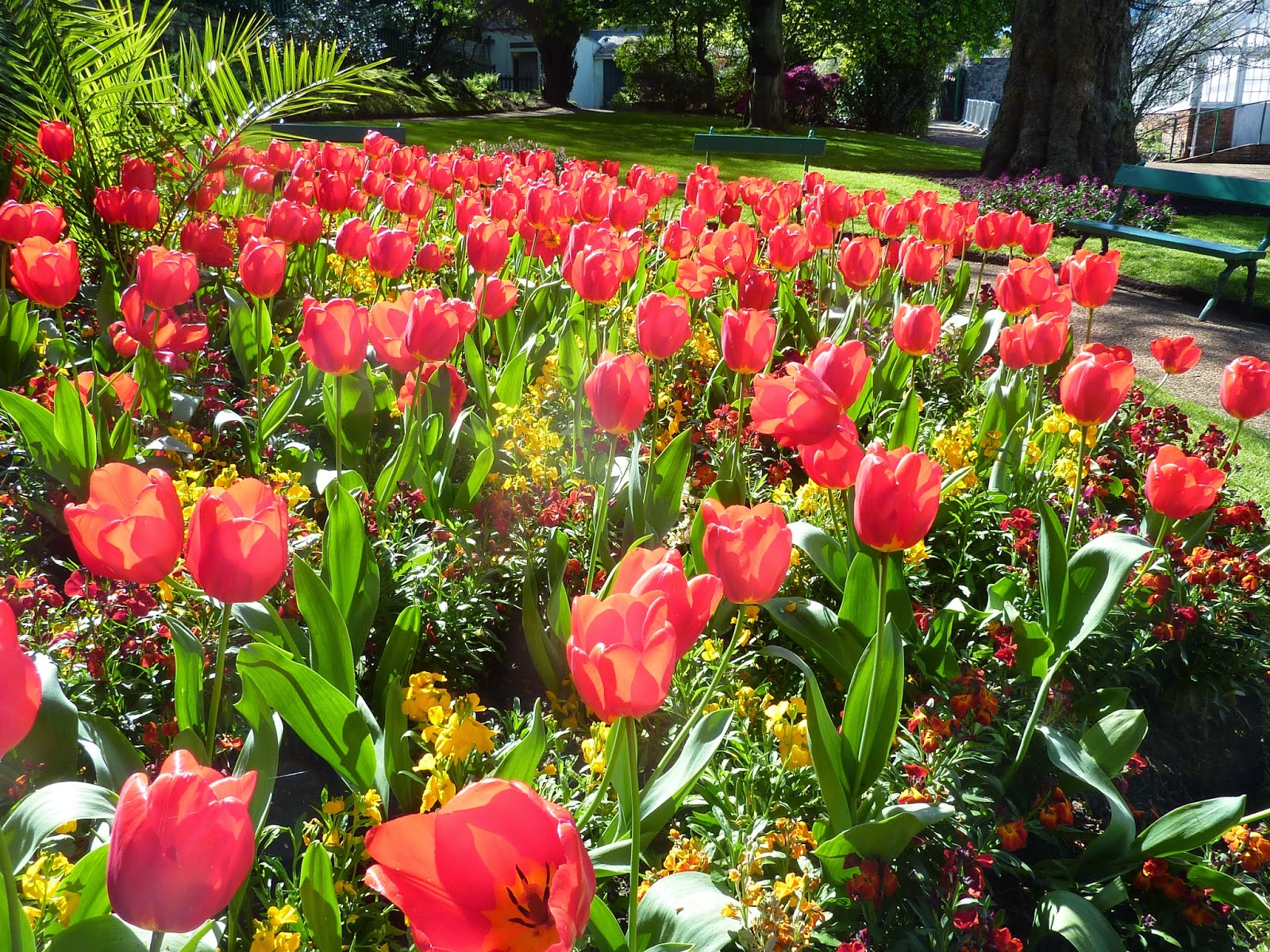 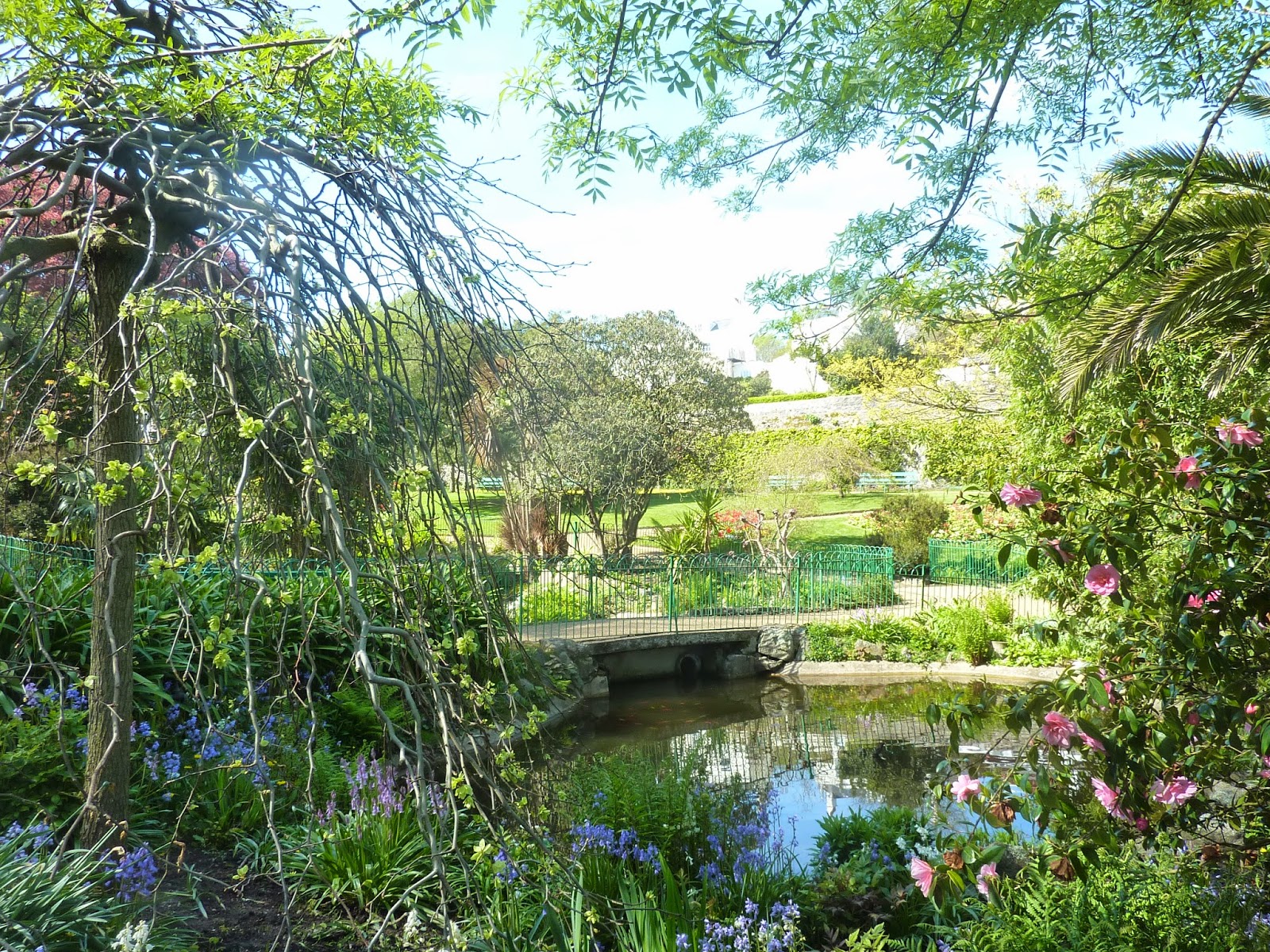 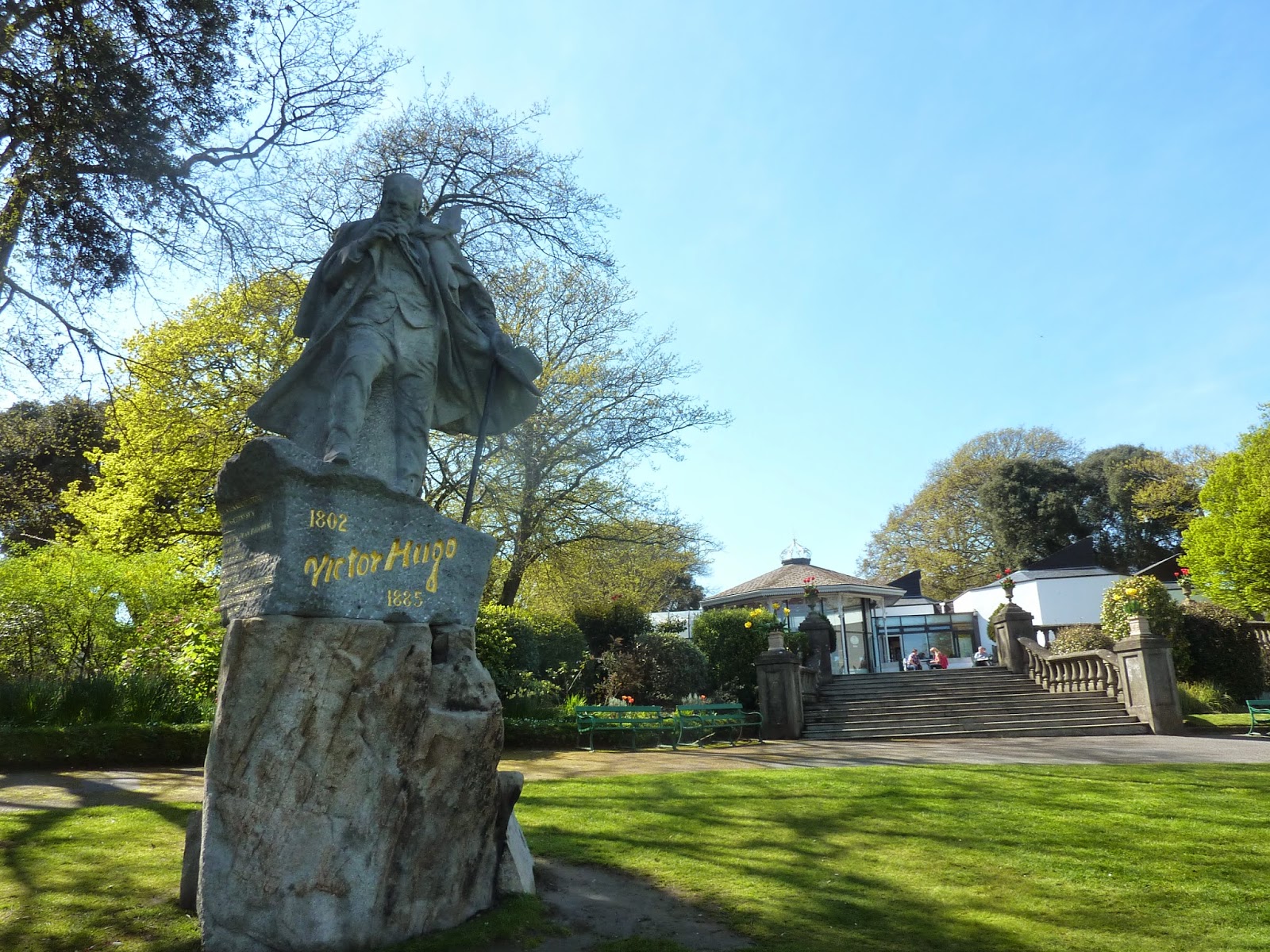 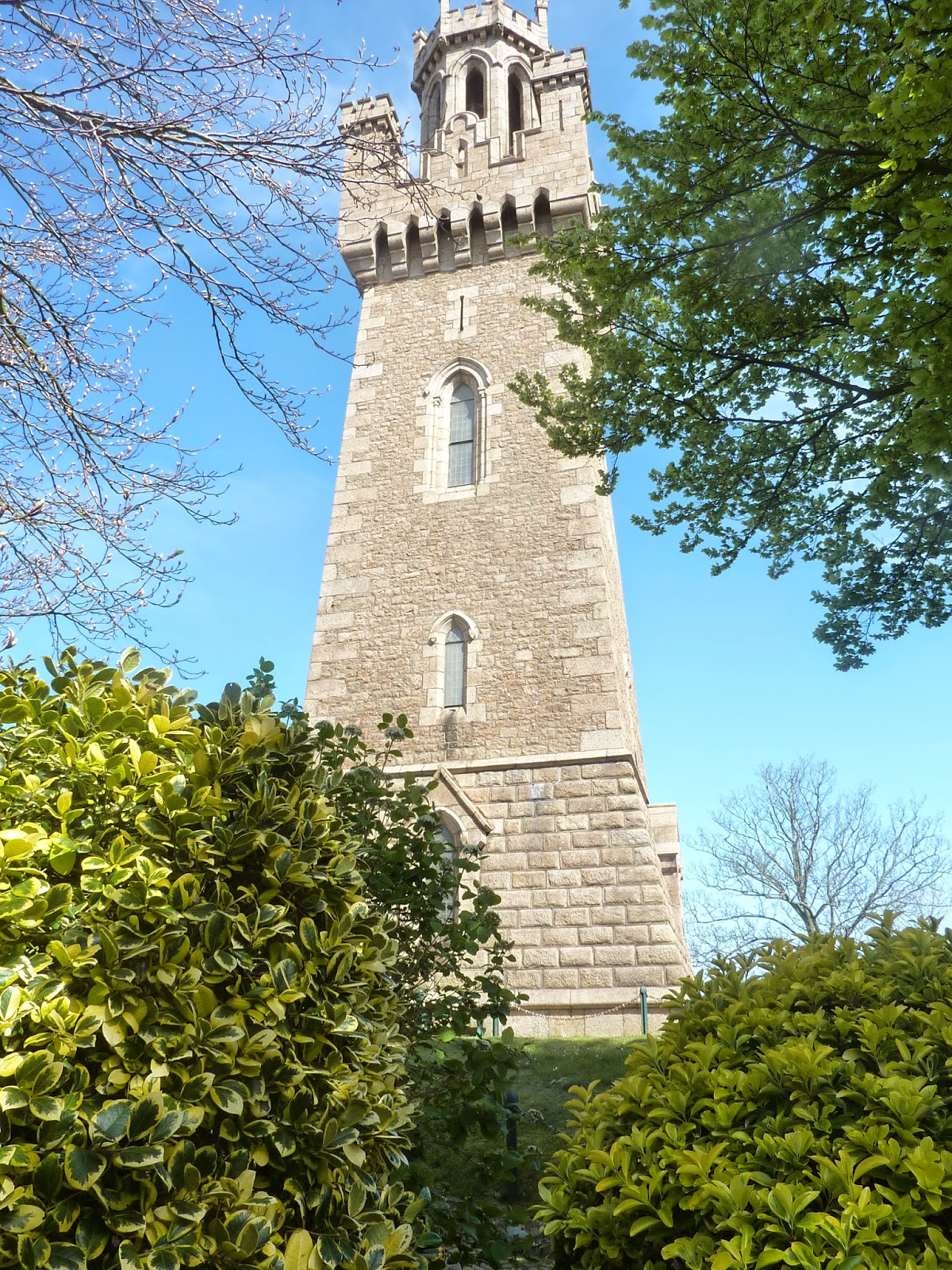 I fitted in other trips before and after the conference began - to Fort Grey, with a shipwreck museum, Cobo Bay with another beach cafe, and a fantastic sculpture park in sub-tropical gardens at Sausmarez Manor. All these were destinations I can recommend to anyone who fancies a trip to Guernsey. 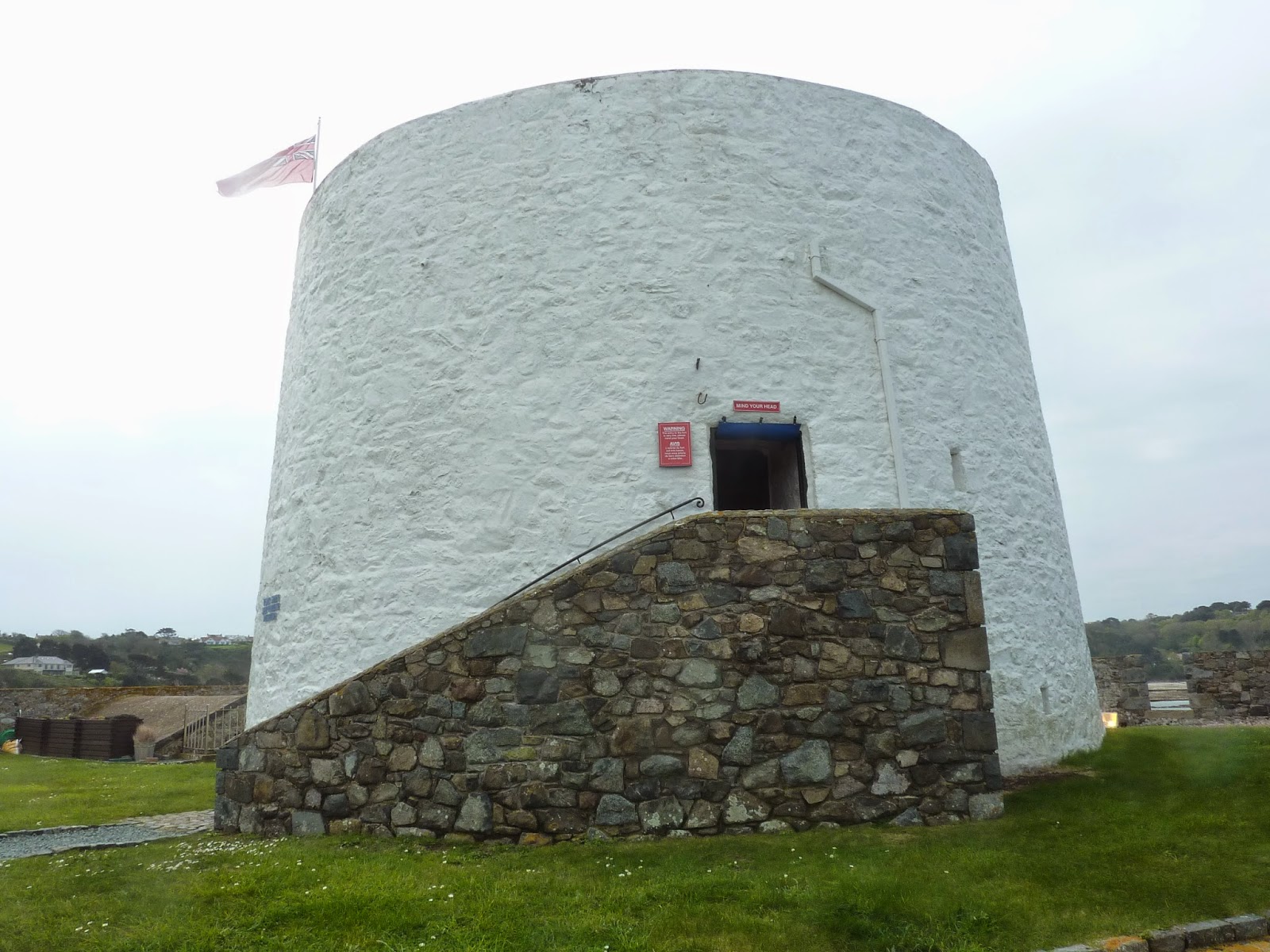 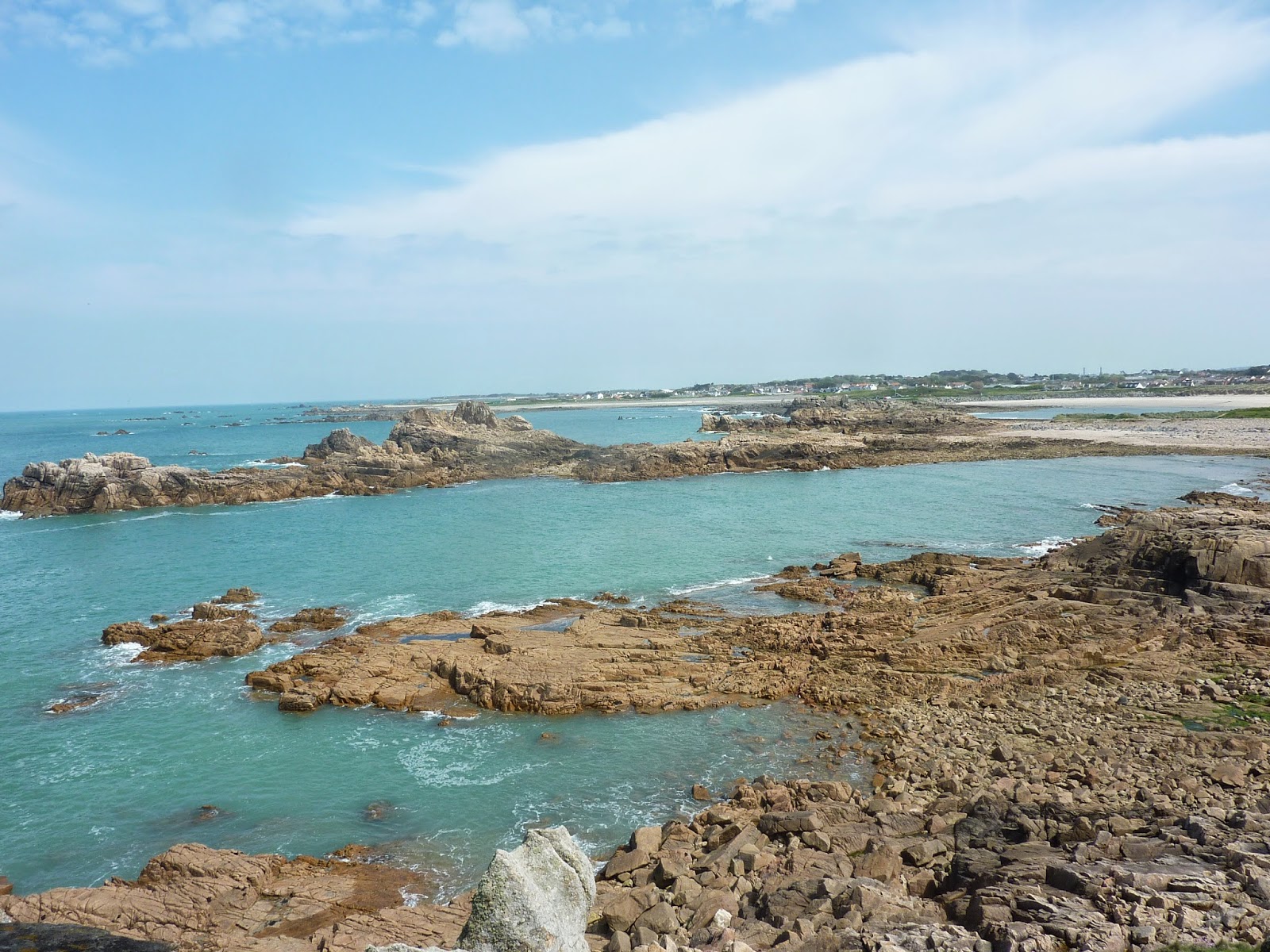 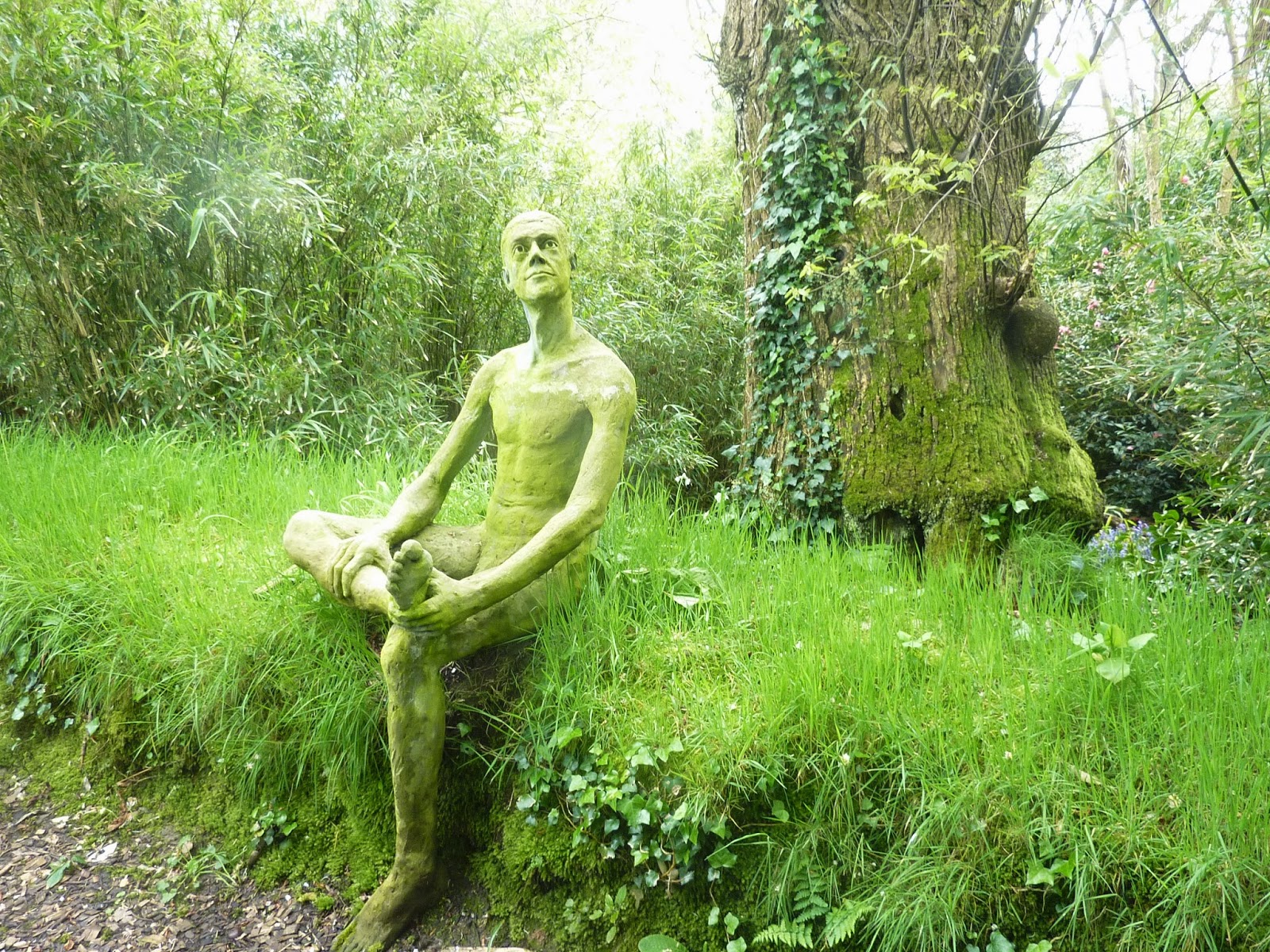 The conference began with a reception at the Royal Court, and a chance to mingle with the Bailiff of Guernsey and senior law officers (including a judge who used to work with that great writer Frances Fyfield, formerly a prosecutor herself). Saturday supplied talks by a retired senior police officer, and Dr Gilly Carr,who has done a great deal of research into war-time resistance when Guernsey was occupied by Hitler's army. One of the heroes she talked about was Frank Falla, and by an amazing coincidence we later took a taxi ride to the airport - and Falla's daughter was the driver. Outside the Museum is a statue of Victor Hugo, who was exiled to Guernsey and completed Les Miserables there, and one of the highlights of the afternoon was a trip to his house in St Peter Port, notable both for its ornate decoration, master-minded by Hugo, and stunning views. At the Museum itself, we were given the chance to handle and learn more about a whole arsenal of historic weapons - an ideal topic for crime writers... 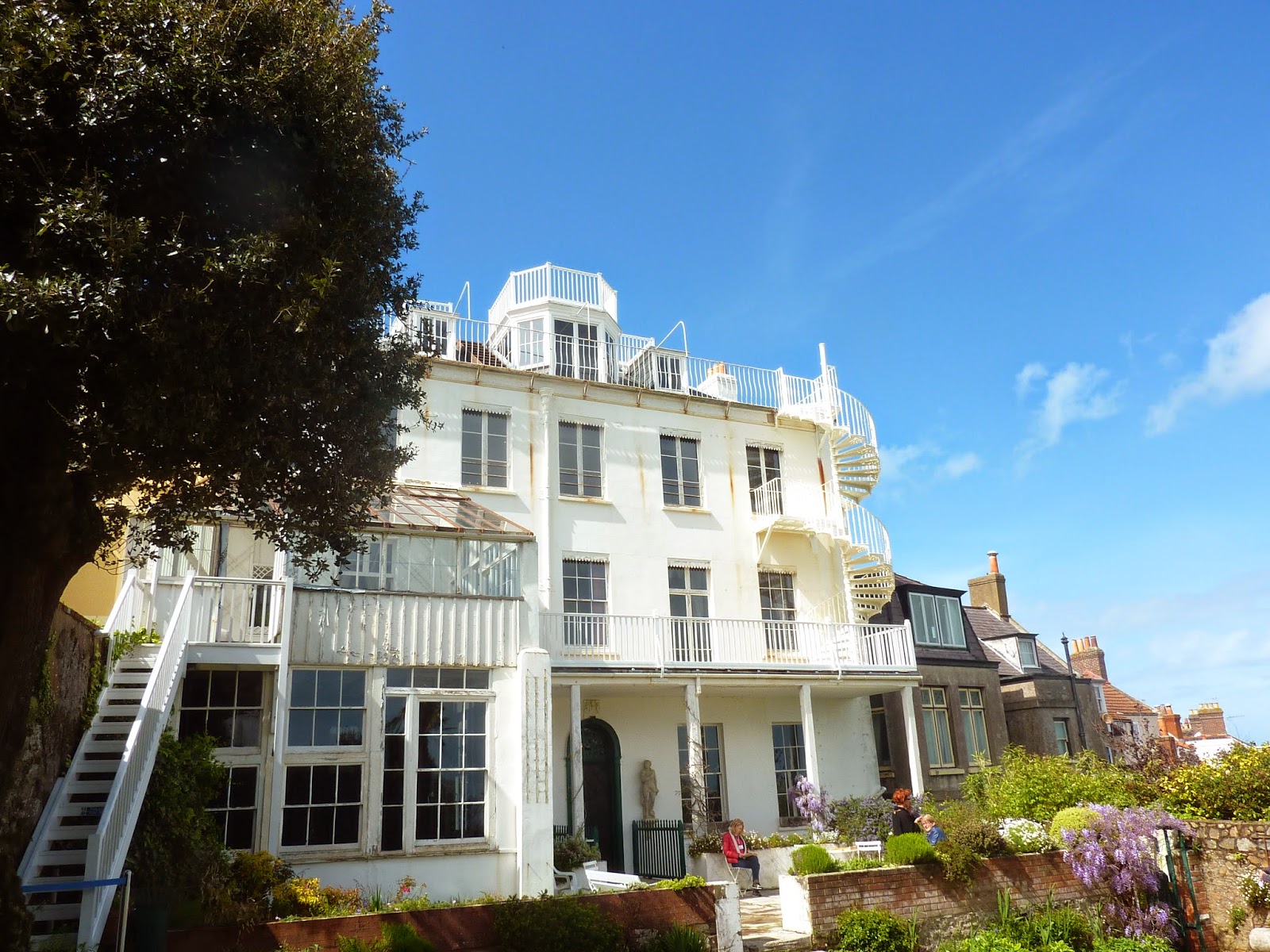 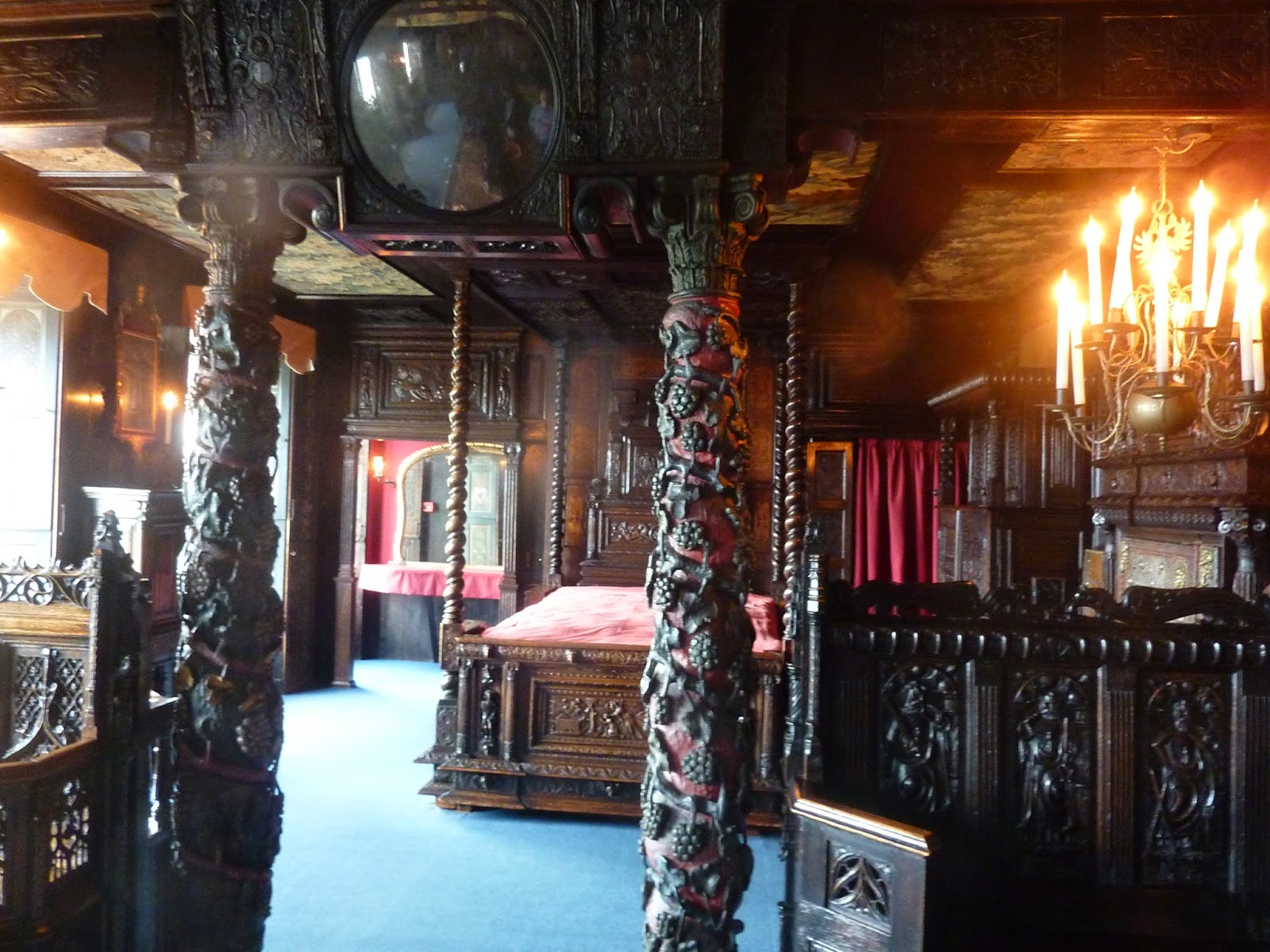 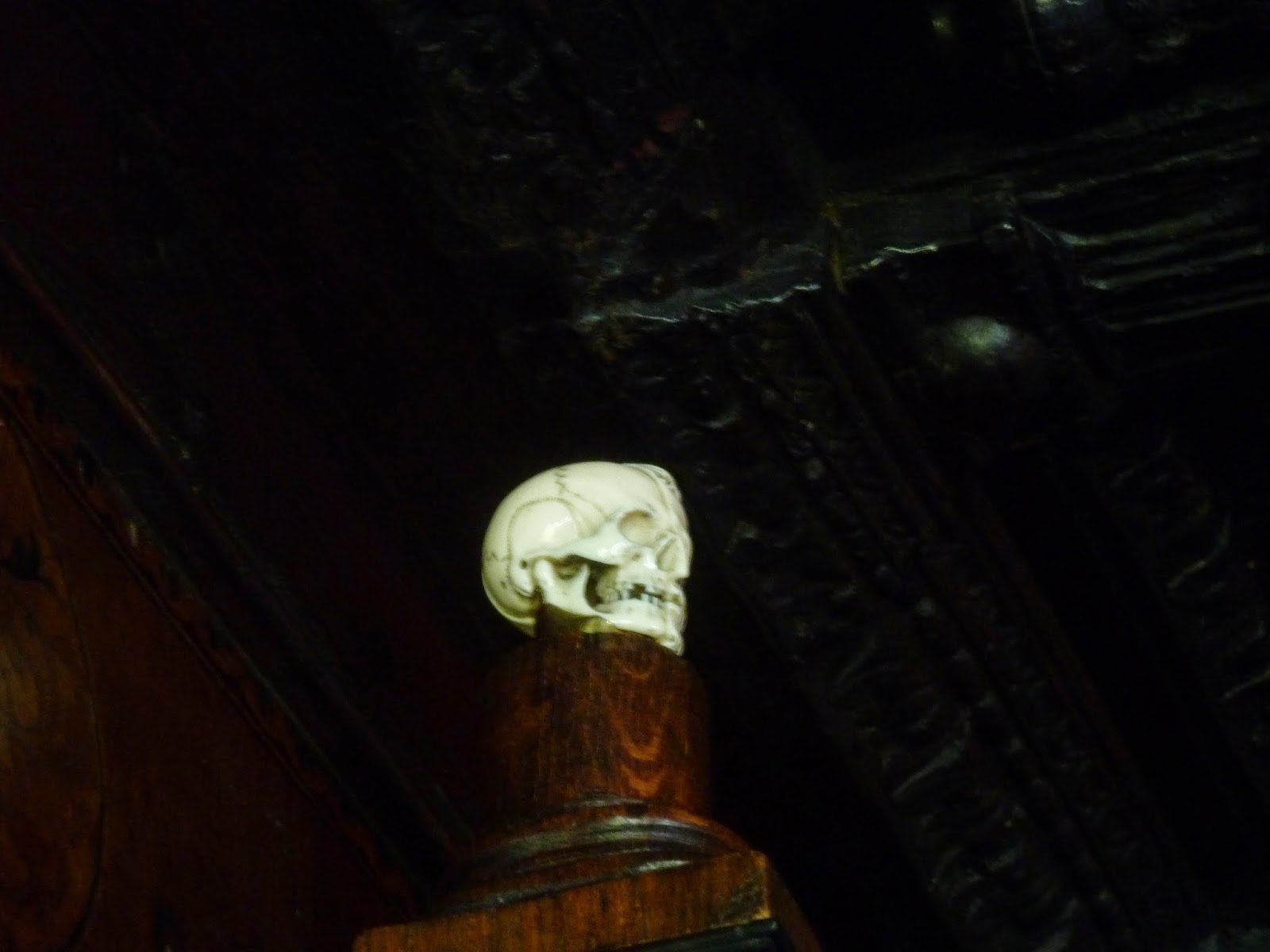 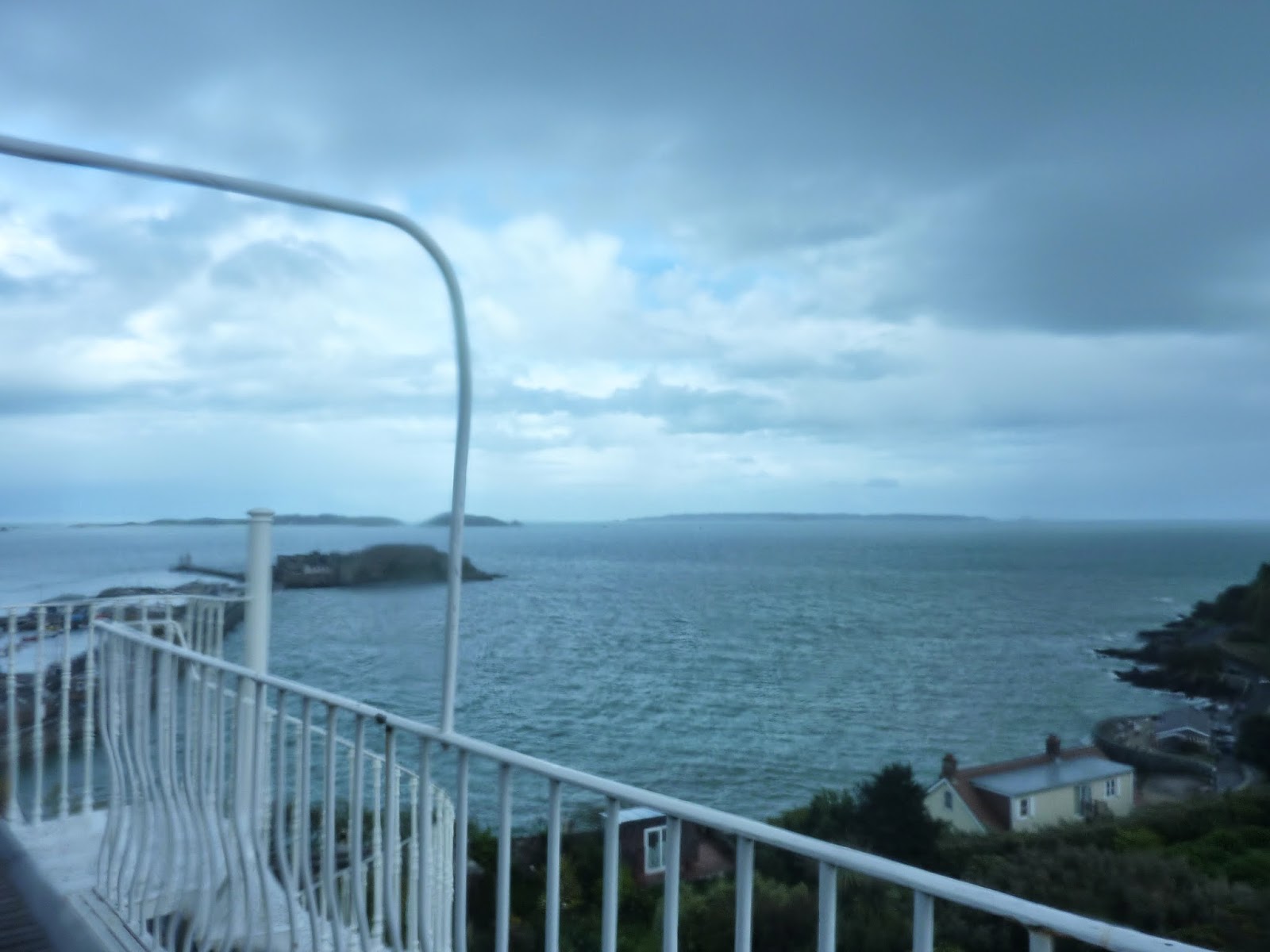 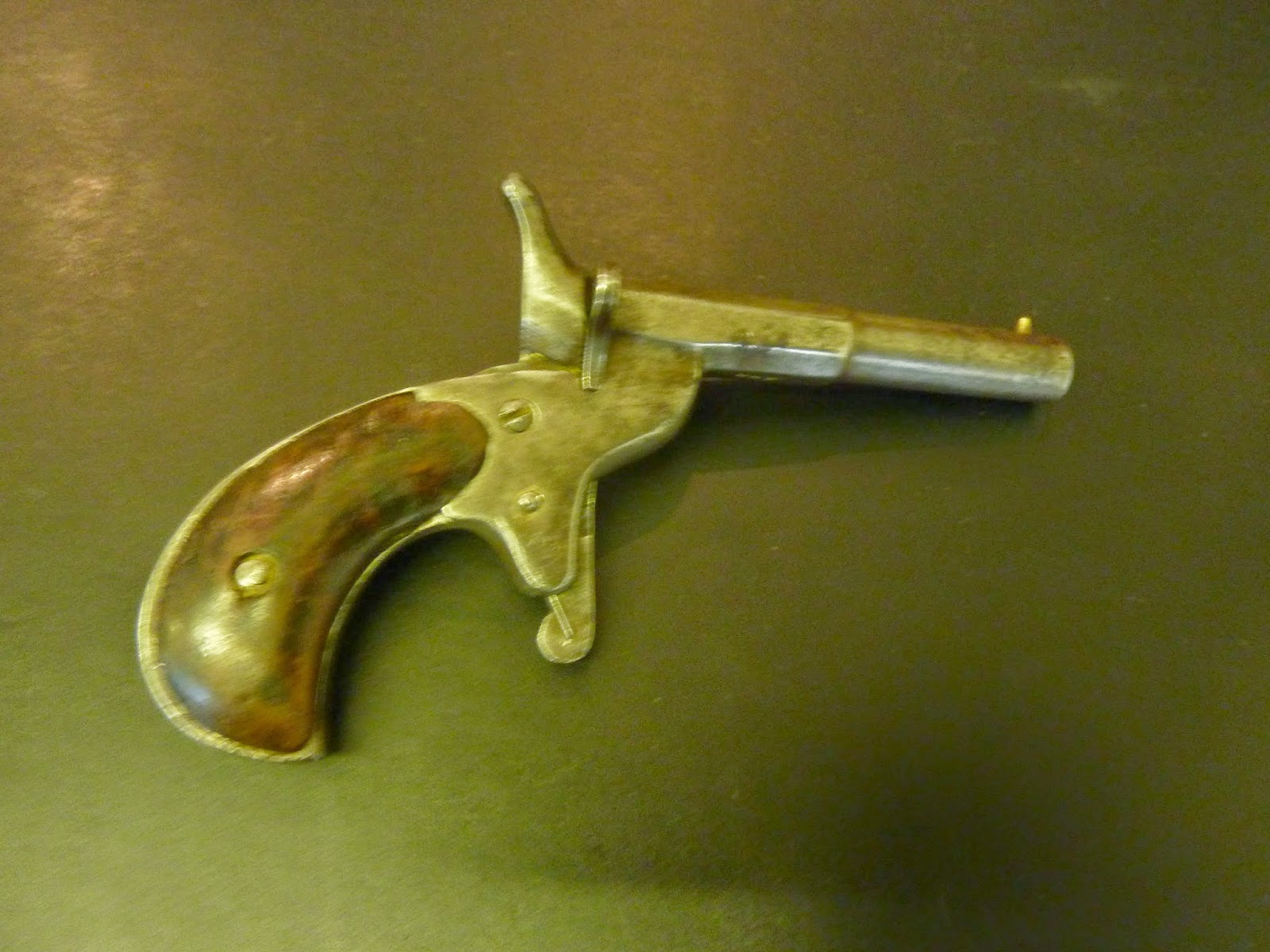 Sunday's talks came from a retired expert on insurance scams, and from Lilo Picornell, a leading light in the field of forensic linguistics - a subject that will, I'm sure, soon feature in a good many crime novels. As she made clear, forensic linguistic evidence isn't enough in itself to convict someone, but it could have an important role in terms of corroboration. After that, Jason had organised a trip to more notable Guernsey sights - the Little Chapel, the eerie German underground hospital tunnels, and a museum focused on the Occupation. Reading the German propaganda in the war-time newspapers was very thought-provoking indeed. The suffering inflicted on the islanders was quite dreadful. They must have been terrified about what the future would hold. 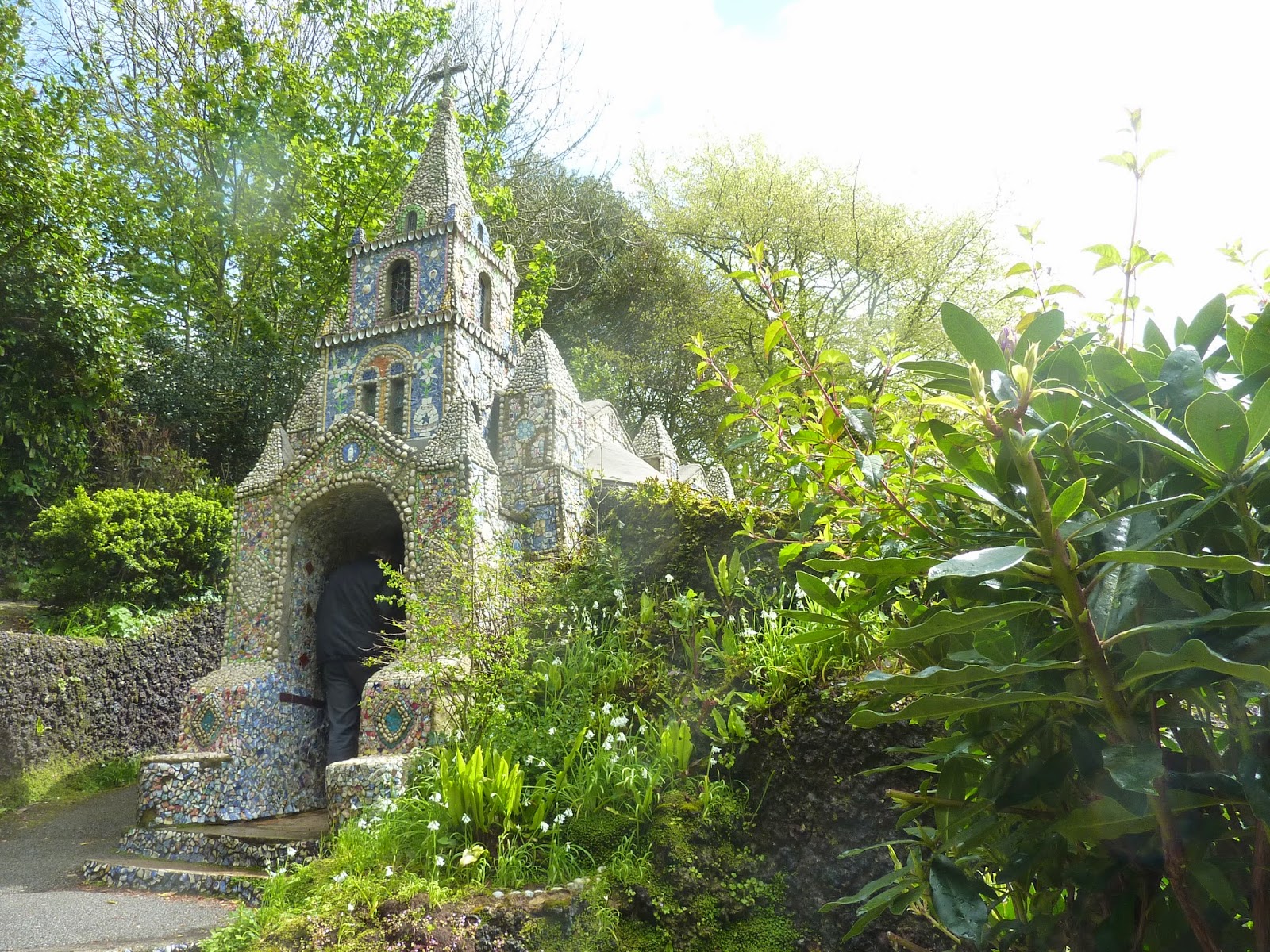 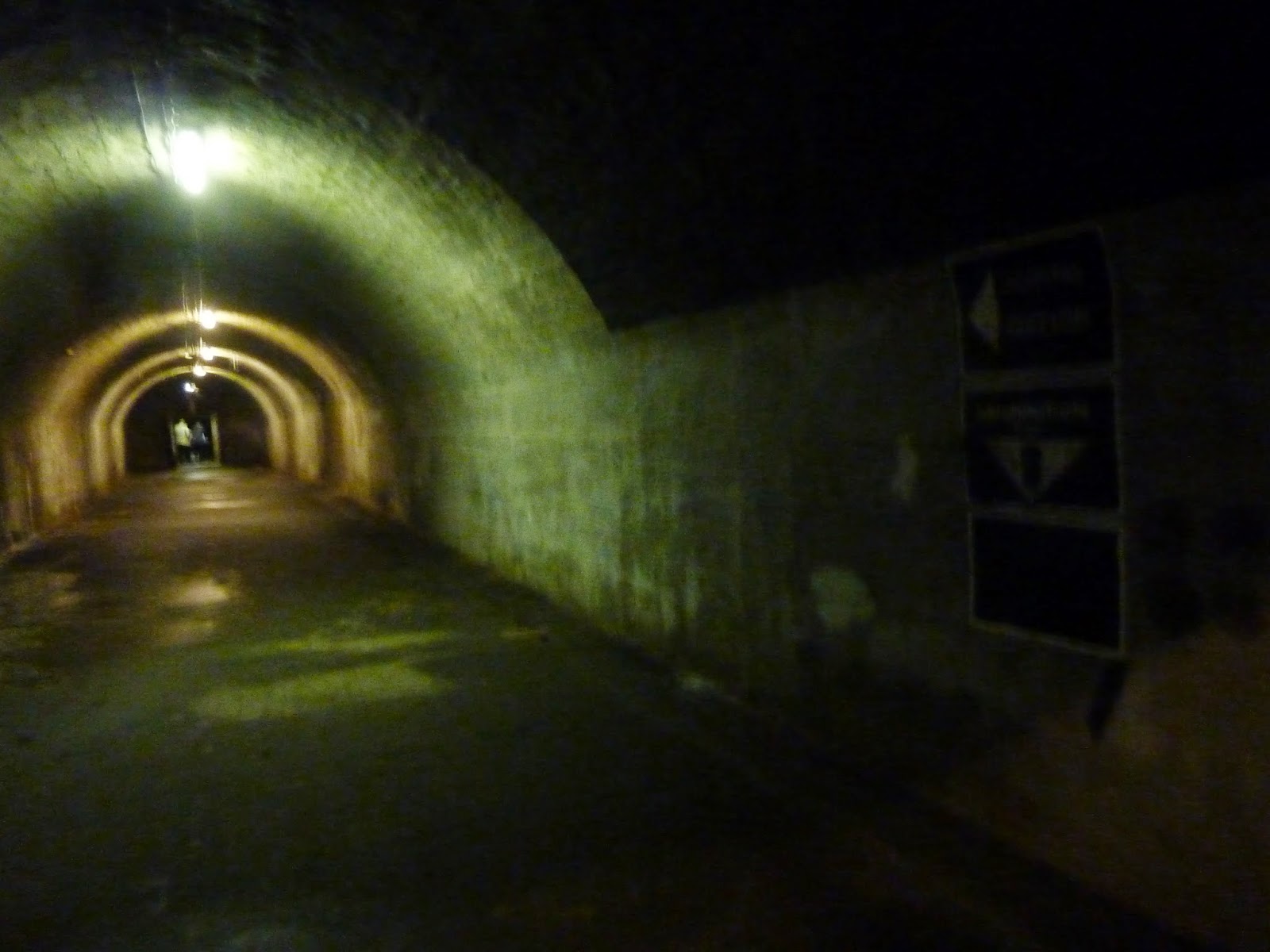 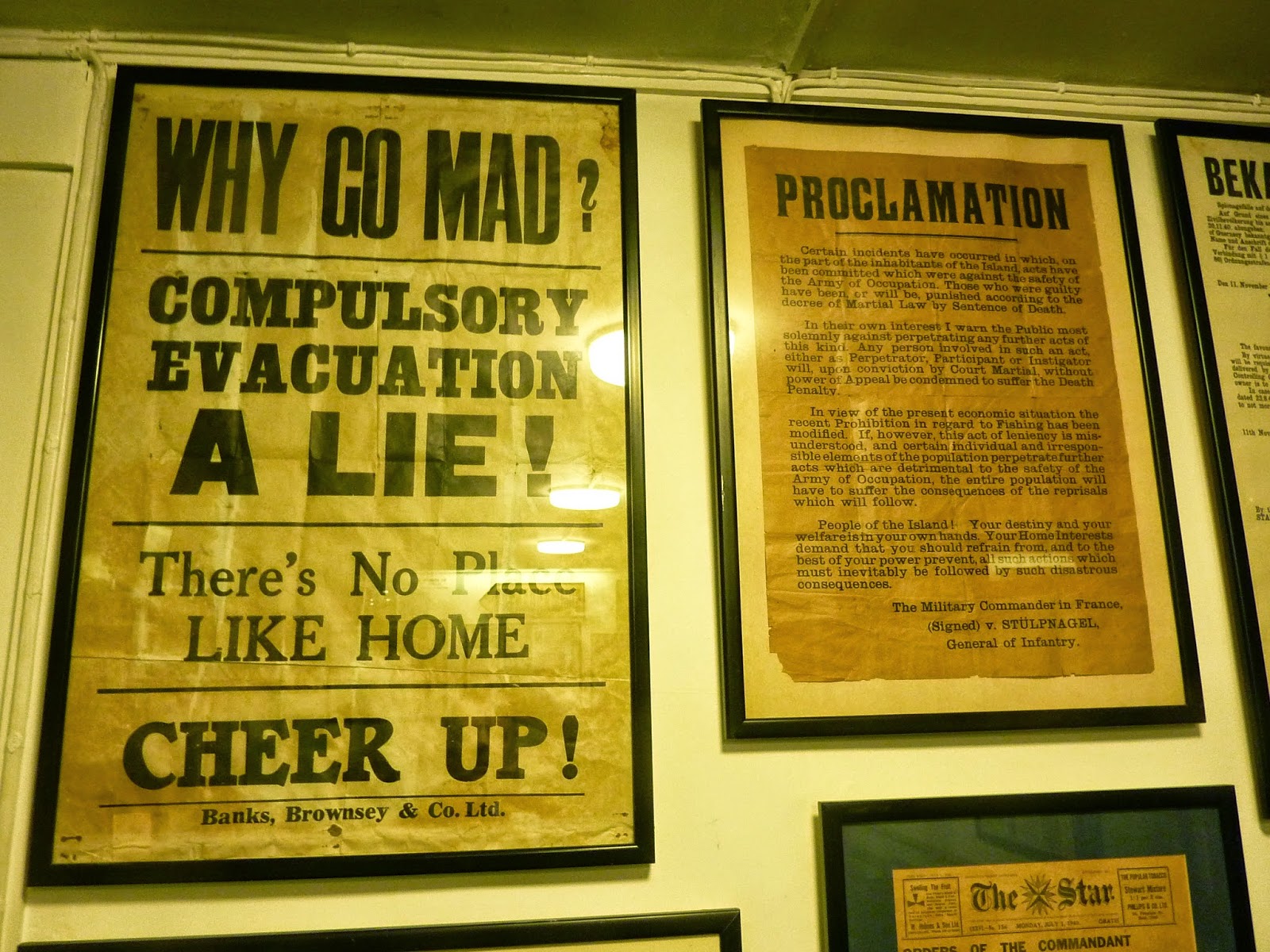 I know that some people wonder if there is still a role for the annual CWA conference, now that we have a variety of terrific crime conventions, including Crimefest, Harrogate and St Hilda's. I'm very firmly of the view that a members' organisation such as the CWA not only needs and deserves a first rate conference of its own, but that it fulfils a very different function from the fan-oriented conventions. The social side is an important aspect, common to all these events, but the CWA conference offers a great deal in addition to members - not just a few jaunts, enjoyable though these are, but expert information of real professional value and a chance to make new contacts. Thanks to Jason and Judith, the members who went to Guernsey were treated to a conference they will long remember, and value.
Posted by Martin Edwards

Sounds absolutely idyllic - and the ideal conference for a crime writer!

Thanks, Marina. It certainly was!

It was great to see everyone here