Ruskin, Research, and The Gateway to Paradise 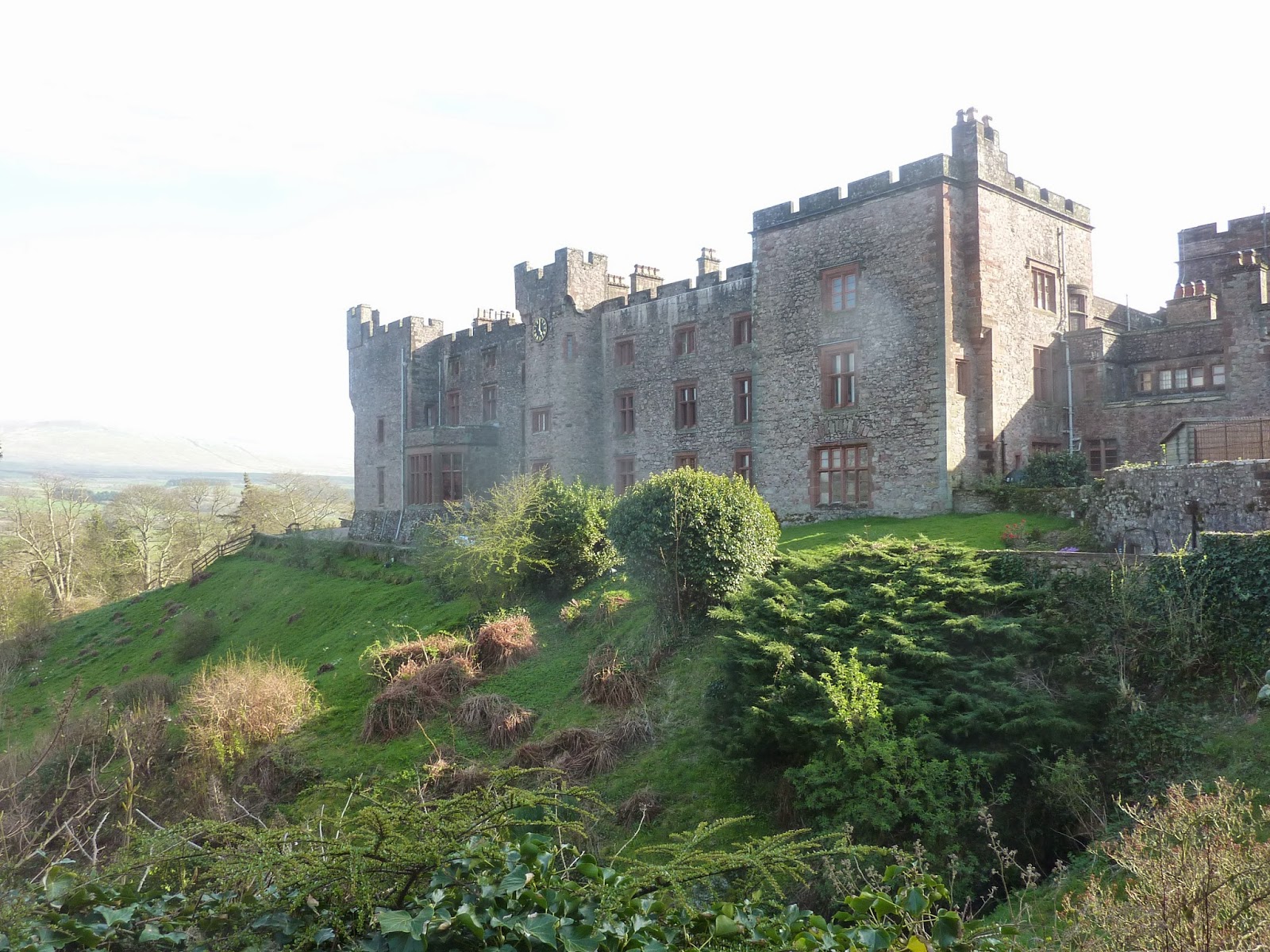 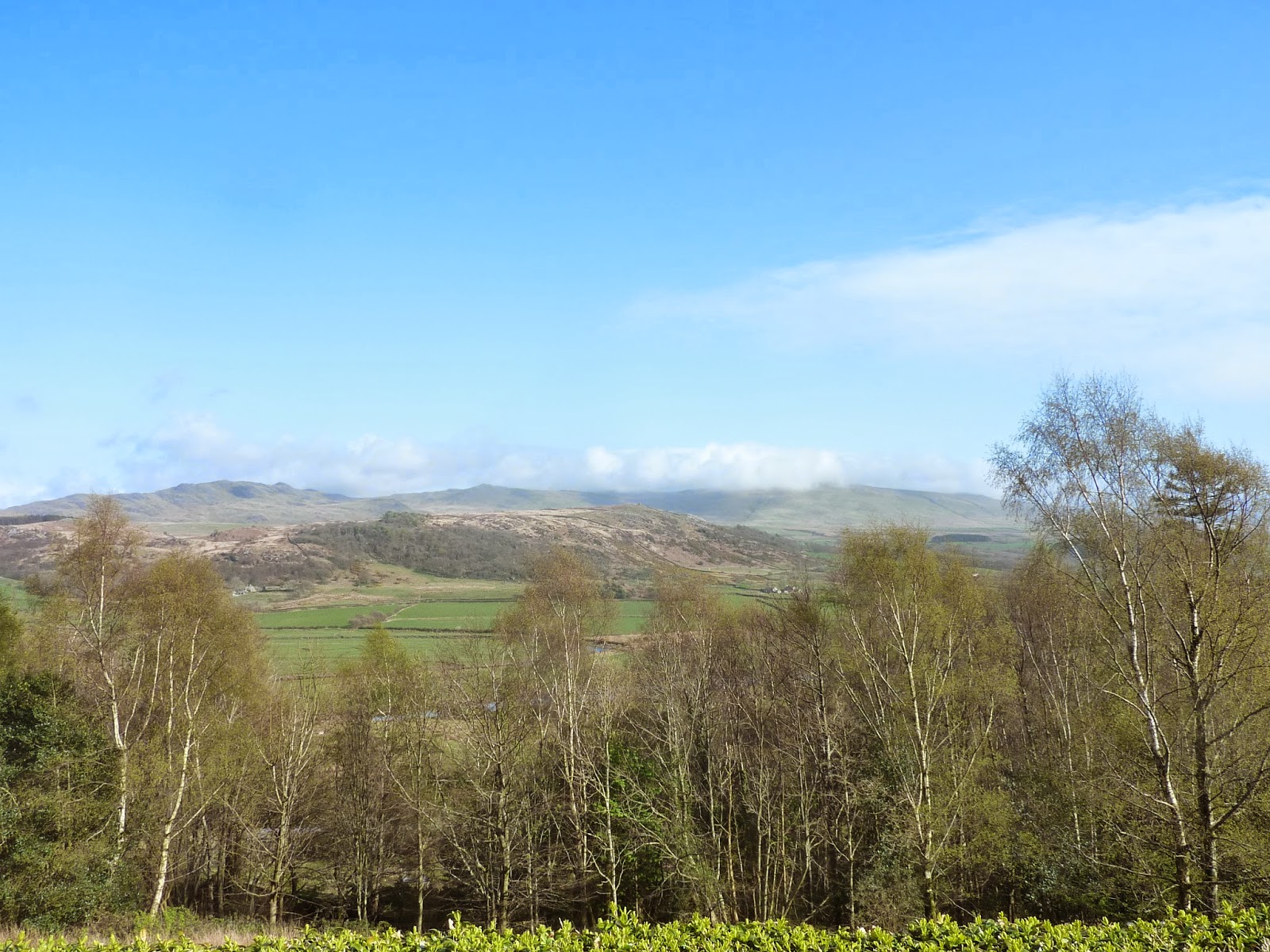 John Ruskin must have been one of Victorian Britain's most fascinating men. An eccentric, perhaps, but blessed with many gifts. I enjoyed referencing his work in The Arsenic Labyrinth, and on Saturday, I saw for myself what he described as "the gateway to paradise" - the view from Muncaster Castle, just outside Ravenglass. Muncaster is a terrific place, and I was lucky enough to bump into and have a chat with the owner, Patrick-Gordon-Duff-Pennington, who at the age of 84 was quietly doing a bit of pruning far from the madding crowd (a crowd which on Saturday included a wedding party, the inhabitants of the owl sanctuary and more than a dozen herons, whose feeding time was a memorable free-for-all which attracted a couple of marauding buzzards.) Mr Pennington is a published poet, and I'm quite sure he finds his home surroundings inspirational. 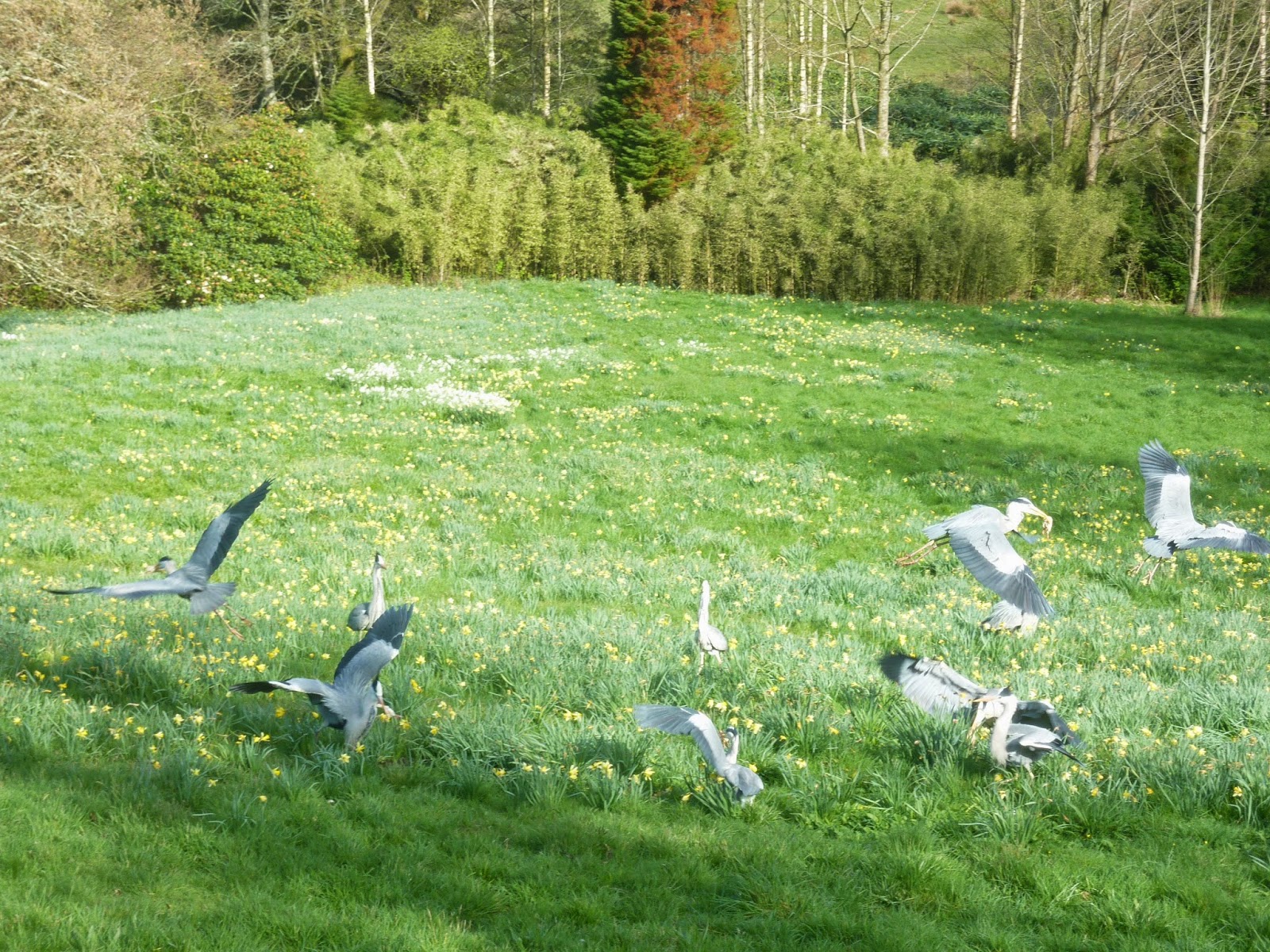 Here are just a few of the herons. Muncaster is said to be one of Britain's most haunted castles, and though I'm not sure whether it fits in to my current storyline, it might prompt an idea for a ghost story or two. Not far away are several intriguing villages, ranging from Newbiggin, close to the M.O.D. firing range (warning notices tell visitors to beware of "strange objects" found on the beach - the mind boggles....) to Gosforth, with its ancient cross in the churchyard, and Eskdale Green, where I chanced upon a Japanese garden that the Forestry Commission is, thanks to volunteer work, reclaming more than sixty years after it was abandoned and became overgrown. A magical place, and very accessible. 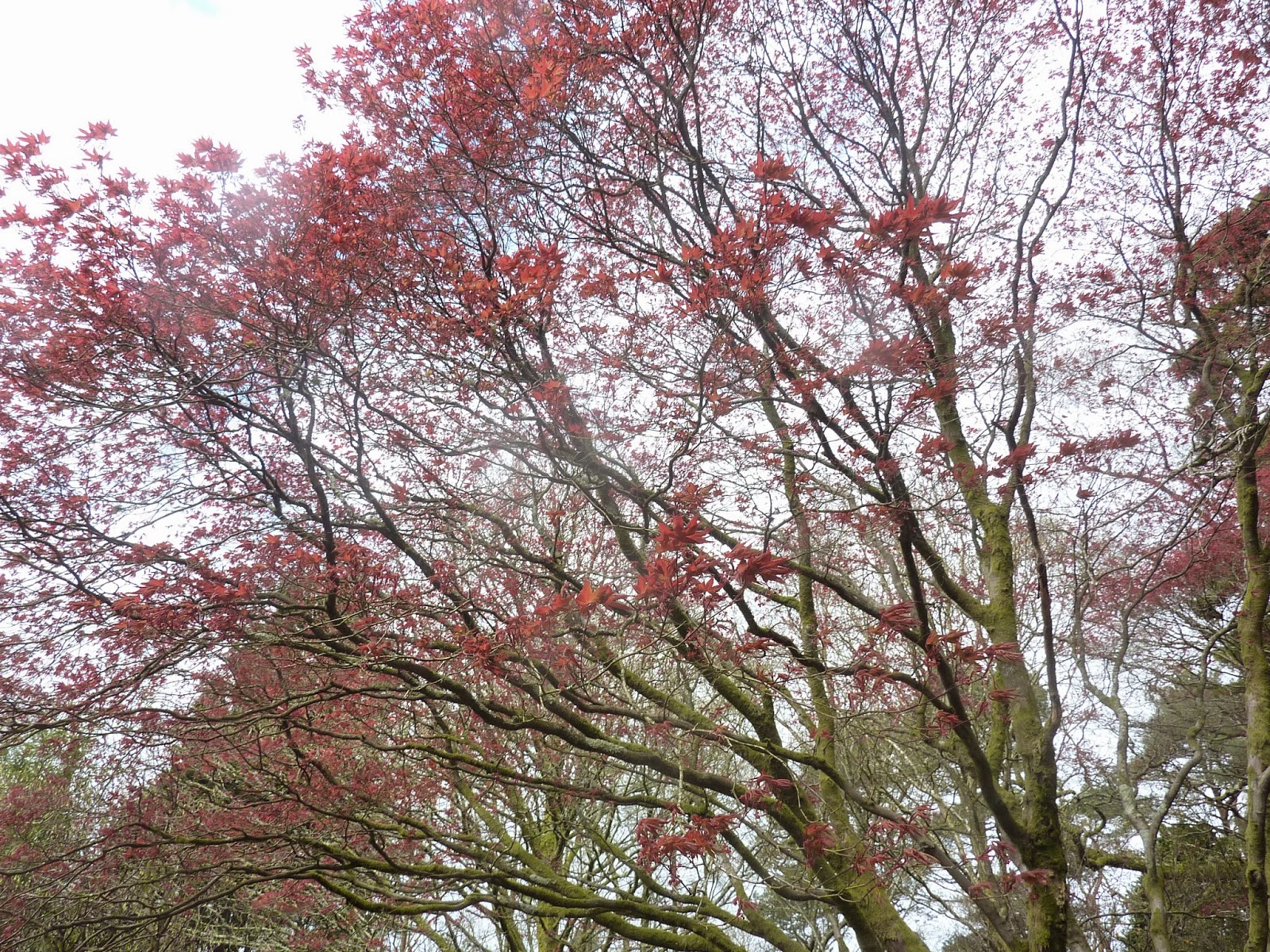 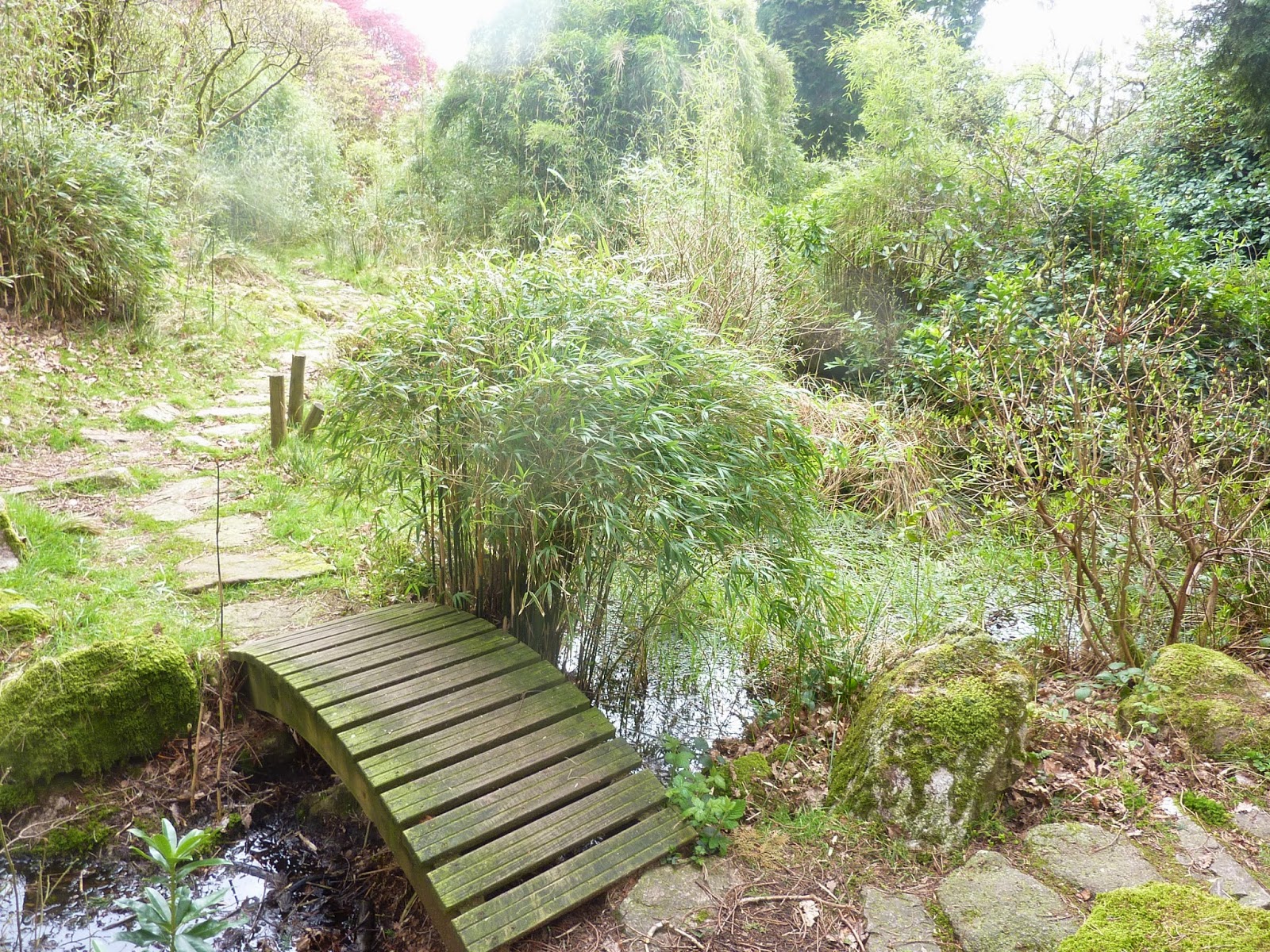 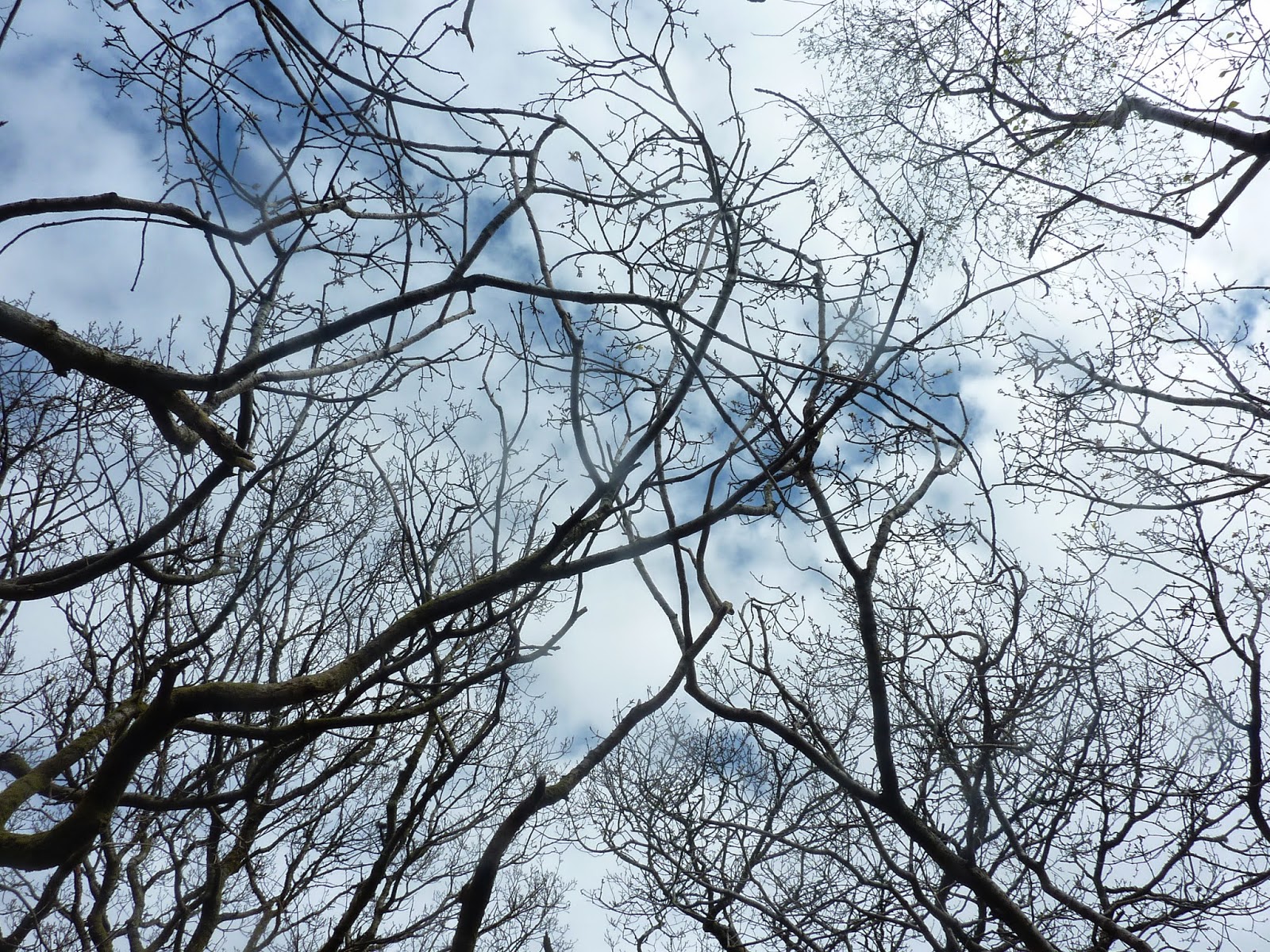 Through talking to a number of people over the week-end, I felt I got a better handle on the way of life led in western Cumbria. I suppose many might ask whether all this research is necessary. Will it result in a better book, or is it really just an excuse for a trip to a lovely part of the world? Well, I am firmly of the view that, so far as possible, research for a book should be a pleasurable experience. While researching The Cipher Garden, for instance, I was kindly offered the chance to go sky-diving along with an expert in the field, but that wasn't my idea of fun, so I declined with thanks. There are definite limits to how far I'm wiling to go in the quest for authenticity! But I do think it helps to see the setting for one's book at the right time of year. I have set several scenes of the new story in Ravenglass and its vicinity in April, and I wanted to see the village at the right time of year. 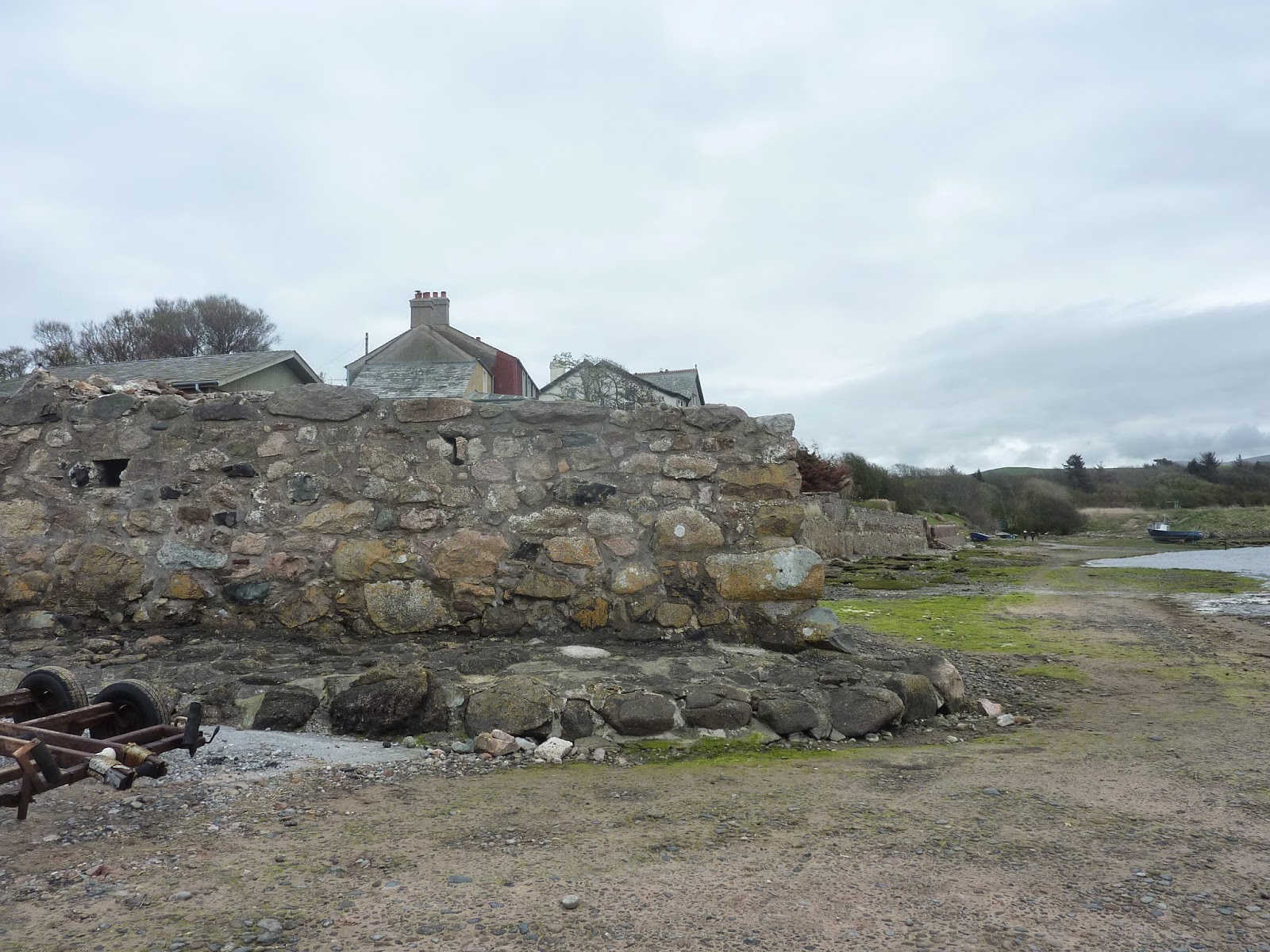 Thanks in no small part to Neil of the Rosegarth Guest House, I got more out of the week-end than I'd bargained for, as he drew my attention to two particular locations not too far away which may well feature, not in the book I'm writing at present, but in a later Lake District Mystery. In the meantime, I came home having had plenty to savour and having gained insights which will, I hope, strengthen my work-in-progress. I'm certainly very motivated about the project,and feeling more optimistic about it than is often the case at the half-way stage of writing a novel. Time well spent in literary as well as feelgood terms, I like to think.
Posted by Martin Edwards

Martin - Sounds like a terrific time, and lucky you to get all of that helpful background. The place itself is lovely, too!

Love the photos, Martin, and look forward to the next book.
Was it Ruskin who owned the house overlooking Coniston which I remember visiting when staying there for mine and John's Ruby Wedding? Or am I thinking of someone else?

For me, a sense of place is the first thing I look for in a book. I think you are doing it just right- by immersing yourself in the landscape, the book will feel more authentic.

Margot, it certainly is lovely, and I hope you can be tempted there one of these fine days.

June, you are quite right - Brantwood is the place, though I confess that I have not (yet) been inside the house - it's on the list!