Research - and returning to Ravenglass 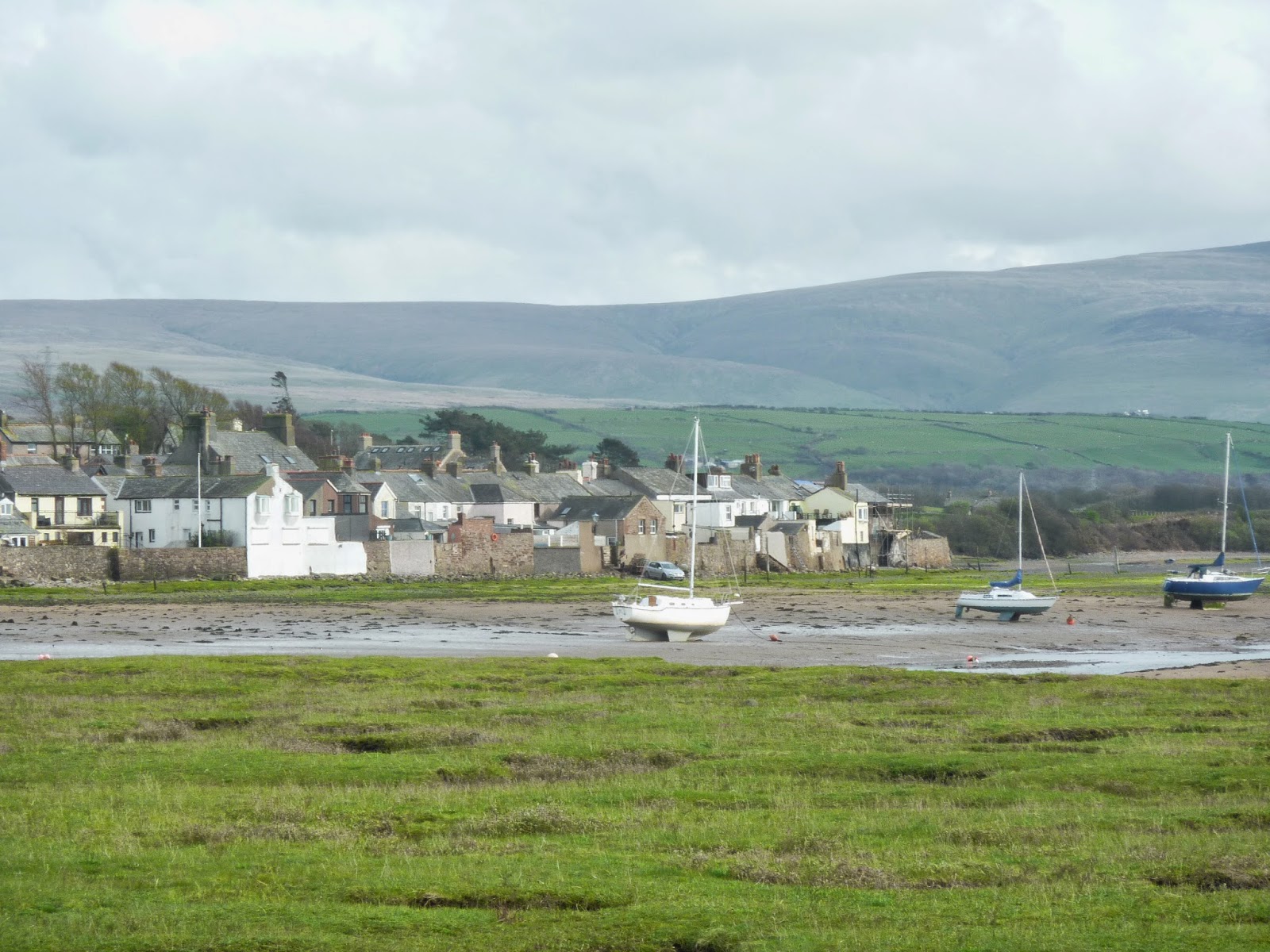 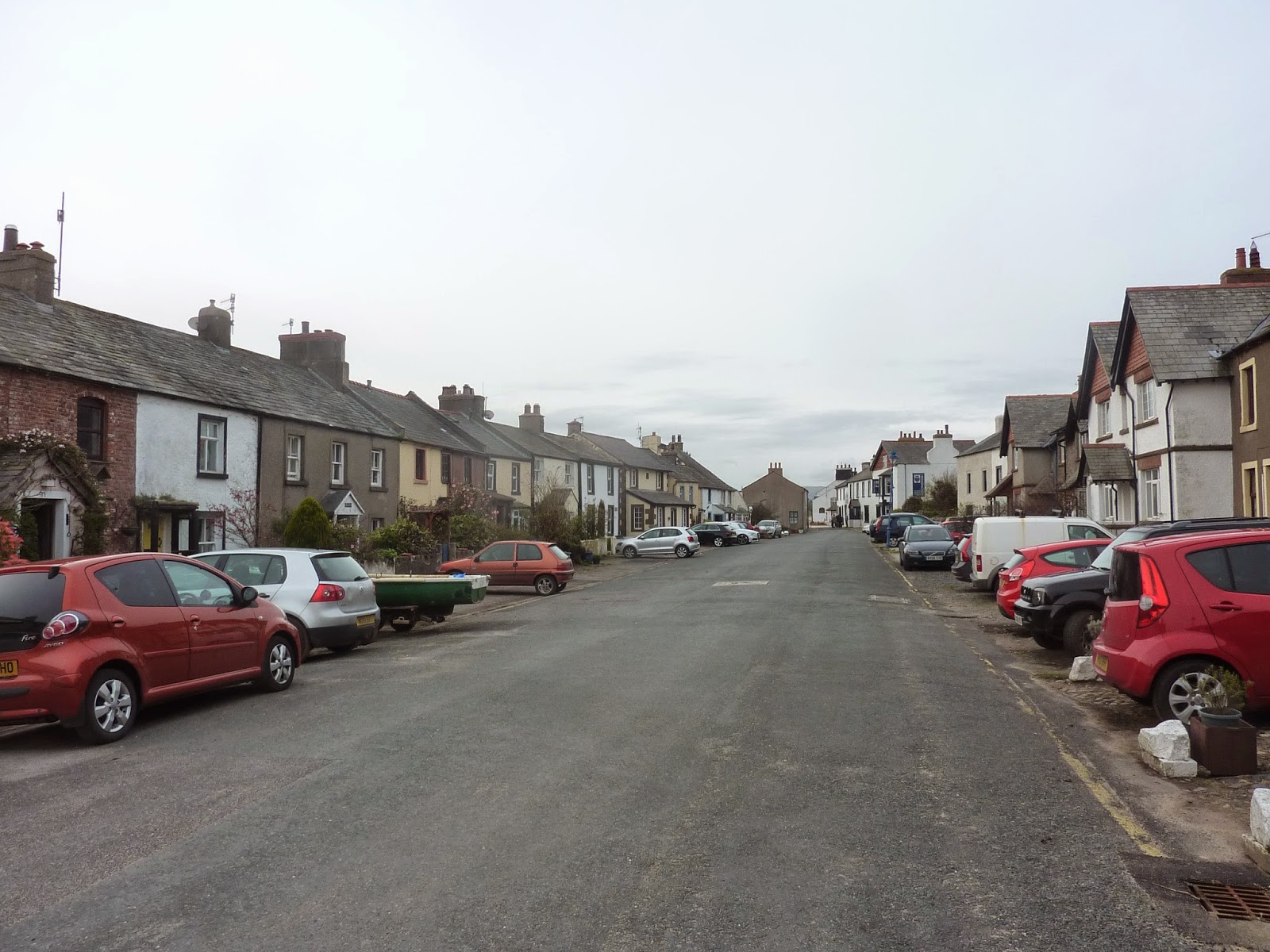 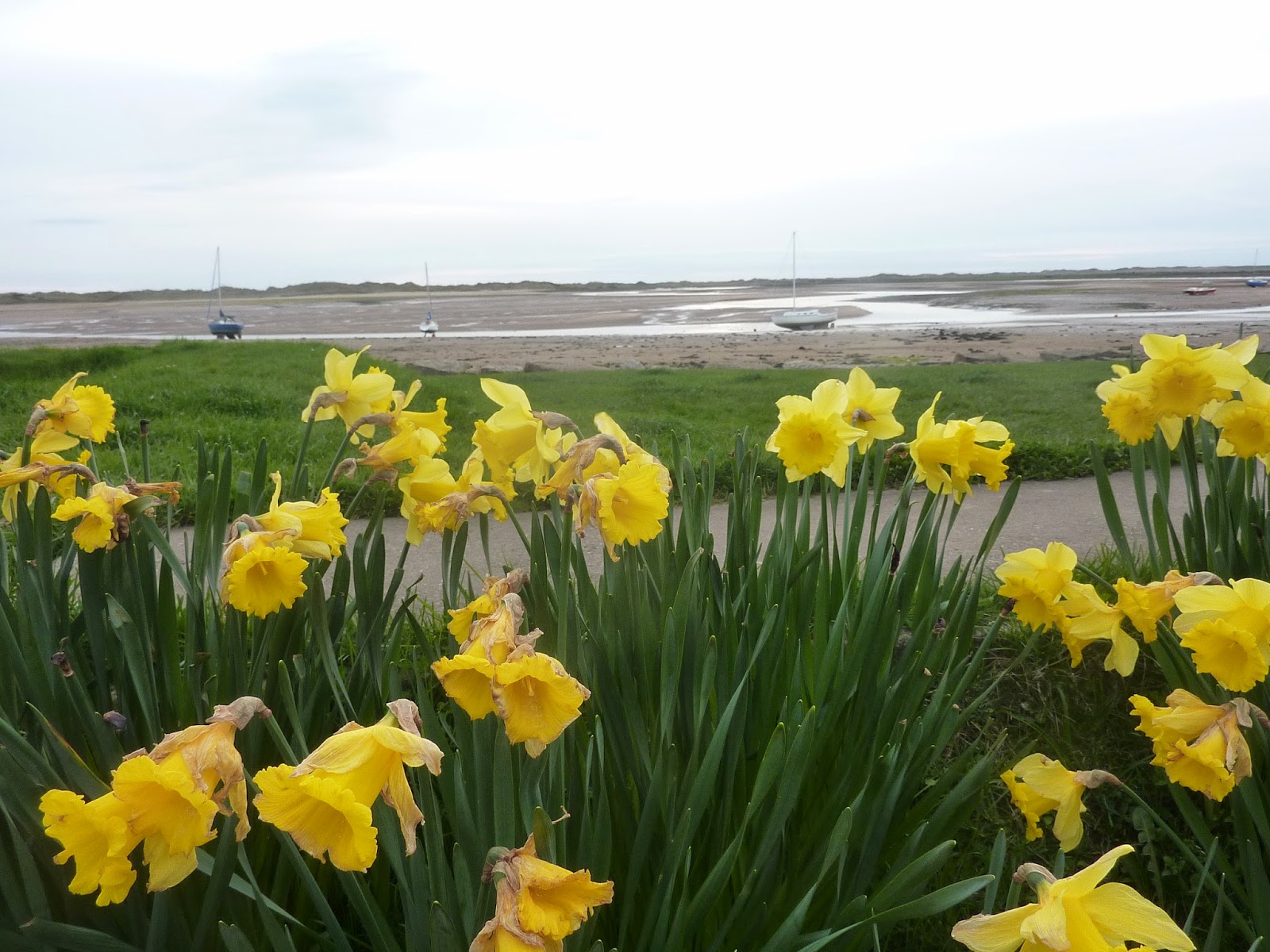 I've just spent a marvellous week-end up in the Lakes, researching for my current work-in-progress. Back in the autumn, I wrote about my trip to reconnoitre the Ravenglass area before I started work, and now I'm about half-way through, I felt it was time to refresh my feel for the locations. There are good writers - Harry Keating and John Baker among them - who have written books set in places they've never visited, but I find it helps me to have a firm grasp of location. And the nature of the stories told in the Lake District Mysteries means that it is also, I think, a good plan to have an understanding of the way of life of various individuals who appear in the story. So I wanted to paint in some of the detail about the community in my own mind, and get an idea of what it is like to live in Ravenglass. Liz Gilbey, a regular contributor to CADS, had already given me some excellent information, along with photos, and I was looking to supplement these over the week-end. 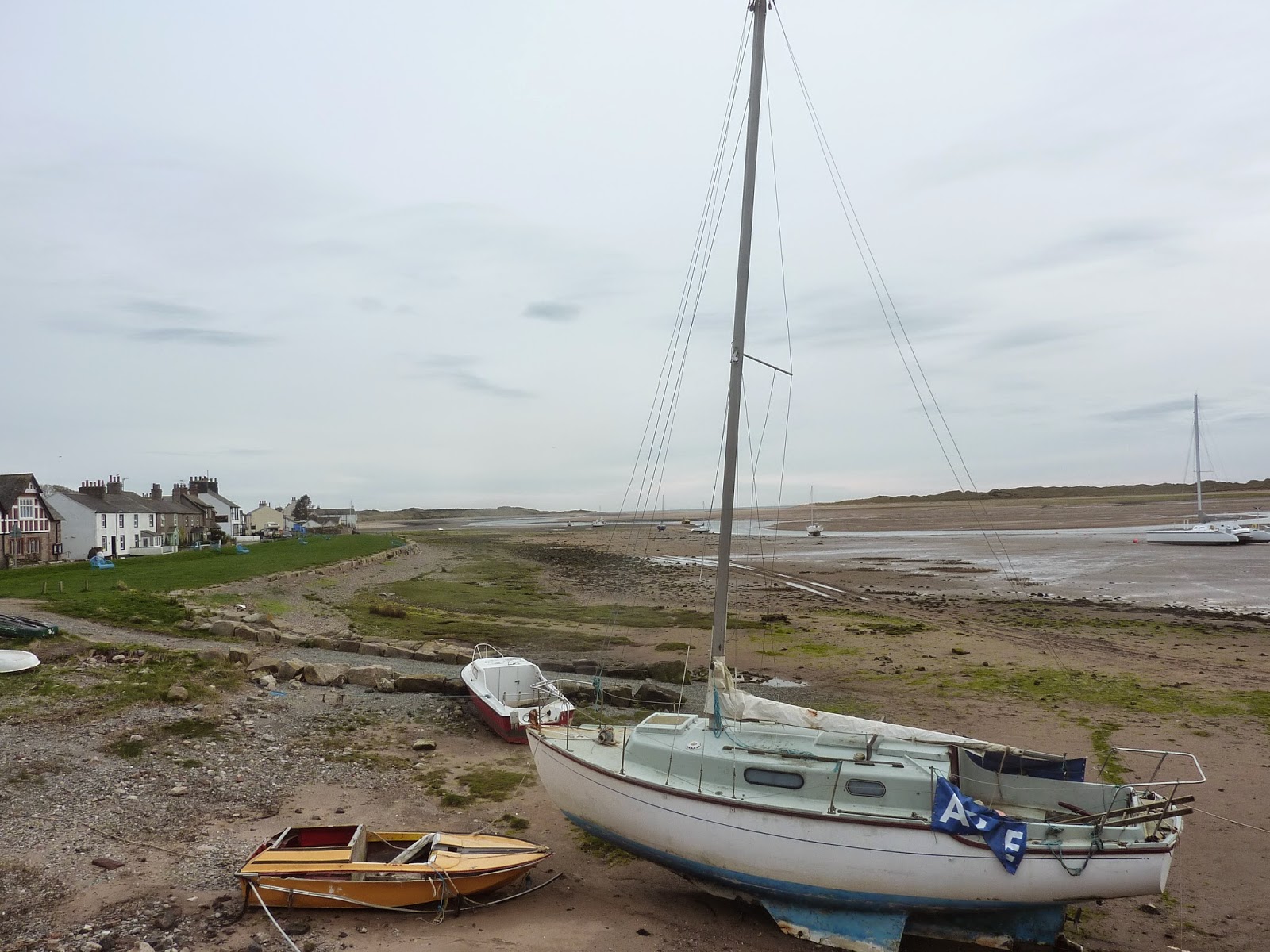 One of my characters in the book stays in a B&B in the village, and I decided to do likewise - but to find somewhere rather nicer than the troubling place where she ends up. I fell on my feet with Rosegarth, a delightful little guest house commanding marvellous views of the estuary created by the three rivers. It's run by Neil, whose family members have just started running a tea shop on the ground floor. Both are strongly recommended, and Neil gave me a great deal of helpful information. I've written before about the way in which I've often benefited from people's knowledge when researching a book, and I took lots of notes when talking to Neil, as he has a great love of the locality. He travelled all over the world while with the Royal Navy, but there's nowhere he'd rather live than West Cumbria, and I find that very easy to understand. Ravenglass is rather remote from the busy world, and that, together with its Roman, Viking and medieval history, accounts for much of its appeal. An inspirational place in which to set a novel, and I'd love to stay longer and write there too. That's not really possible, but I gained a good deal from walking up and down Main Street and soaking up the feel of the village. 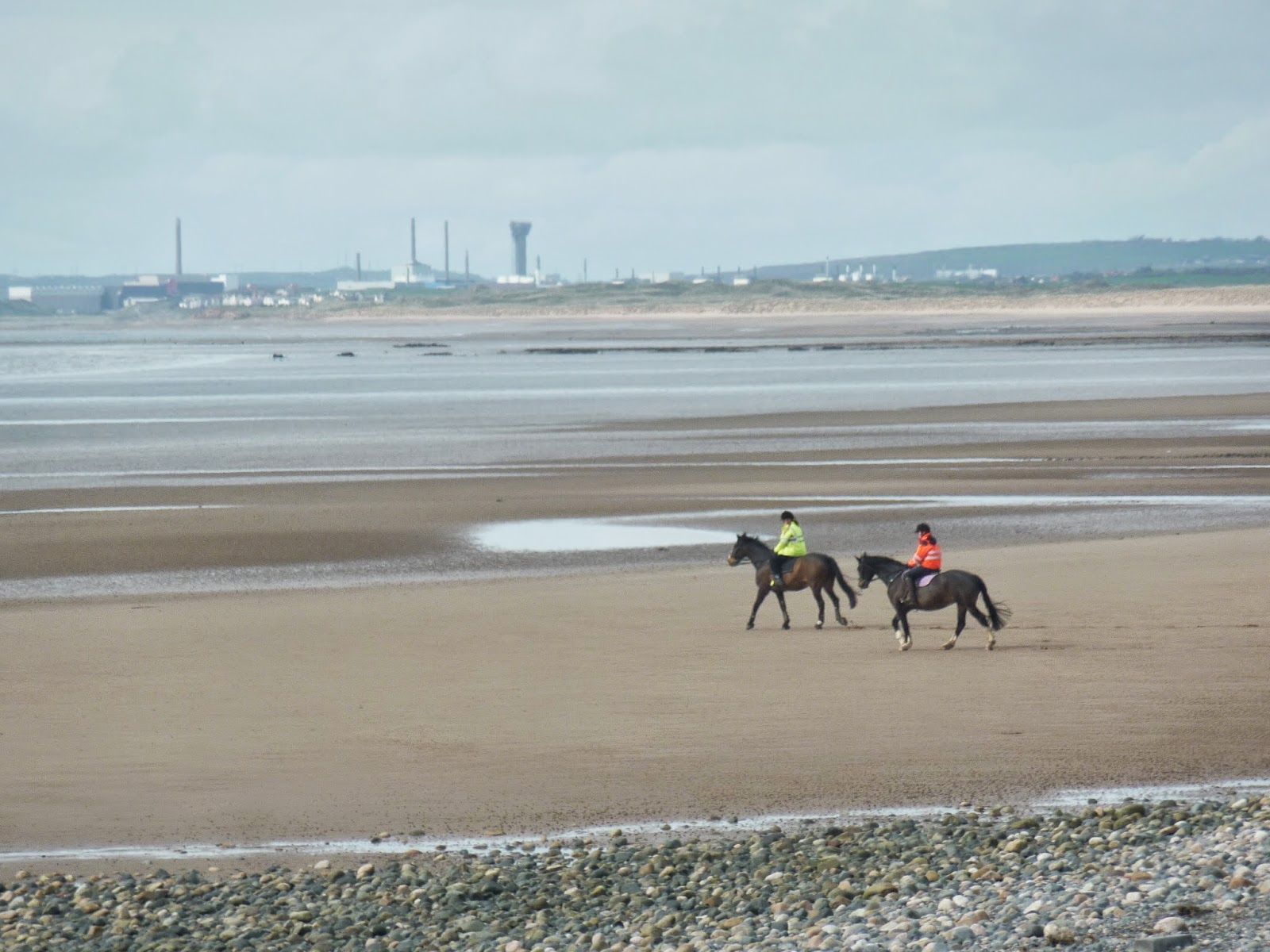 I also took a look at places like Eskmeals, Drigg and Seascale over the first part of the week-end, and was struck once again by the spooky juxtaposition of vast, lovely, empty beaches and the menacing presence in the distance of the Sellafield nuclear plant. There's a similar contrast to be found in one of my favourite books by P.D. James, set in Norfolk, Devices and Desires, but I think that West Cumbria is even more evocative, with the looming fells not far away in the background. 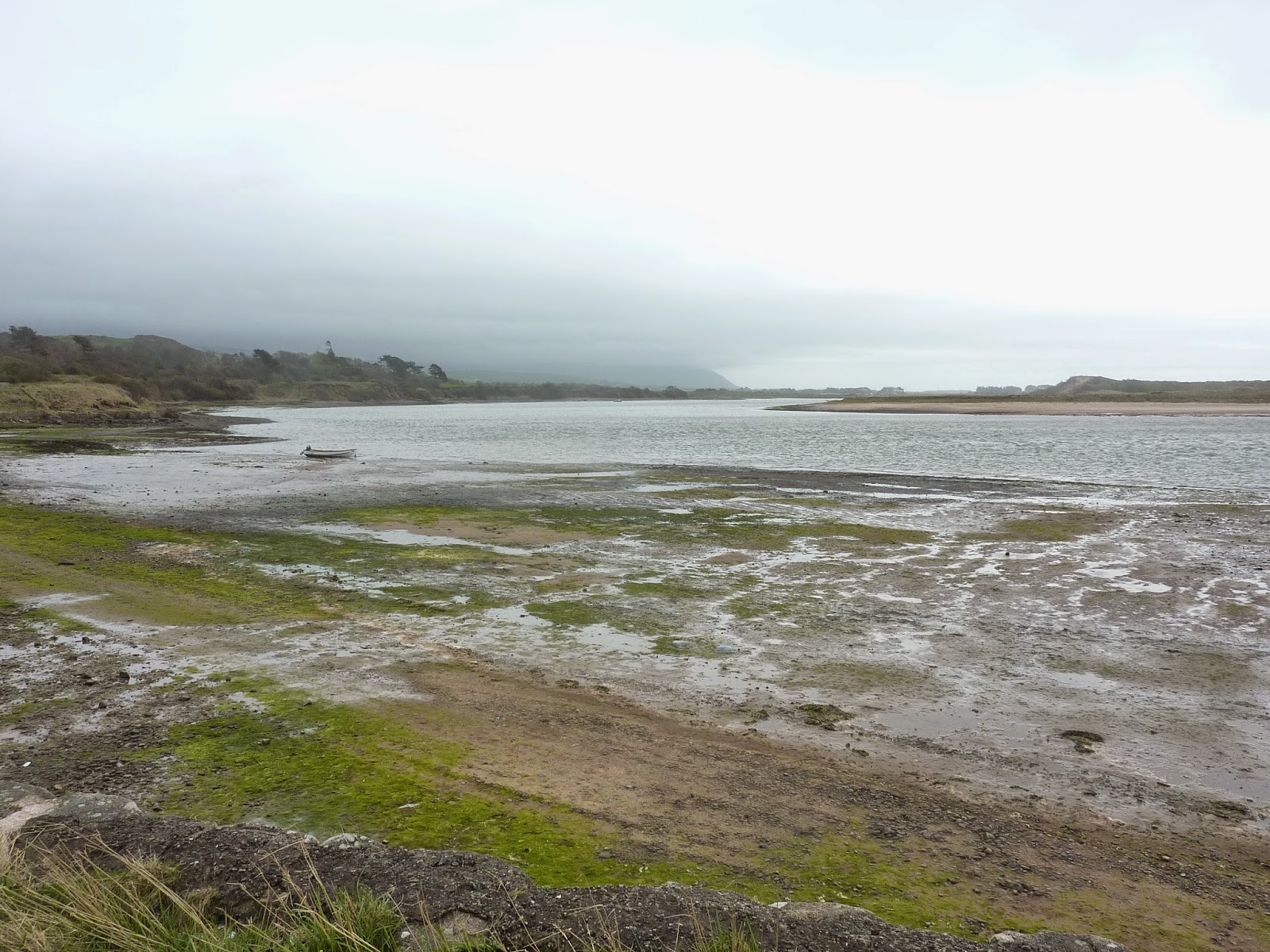 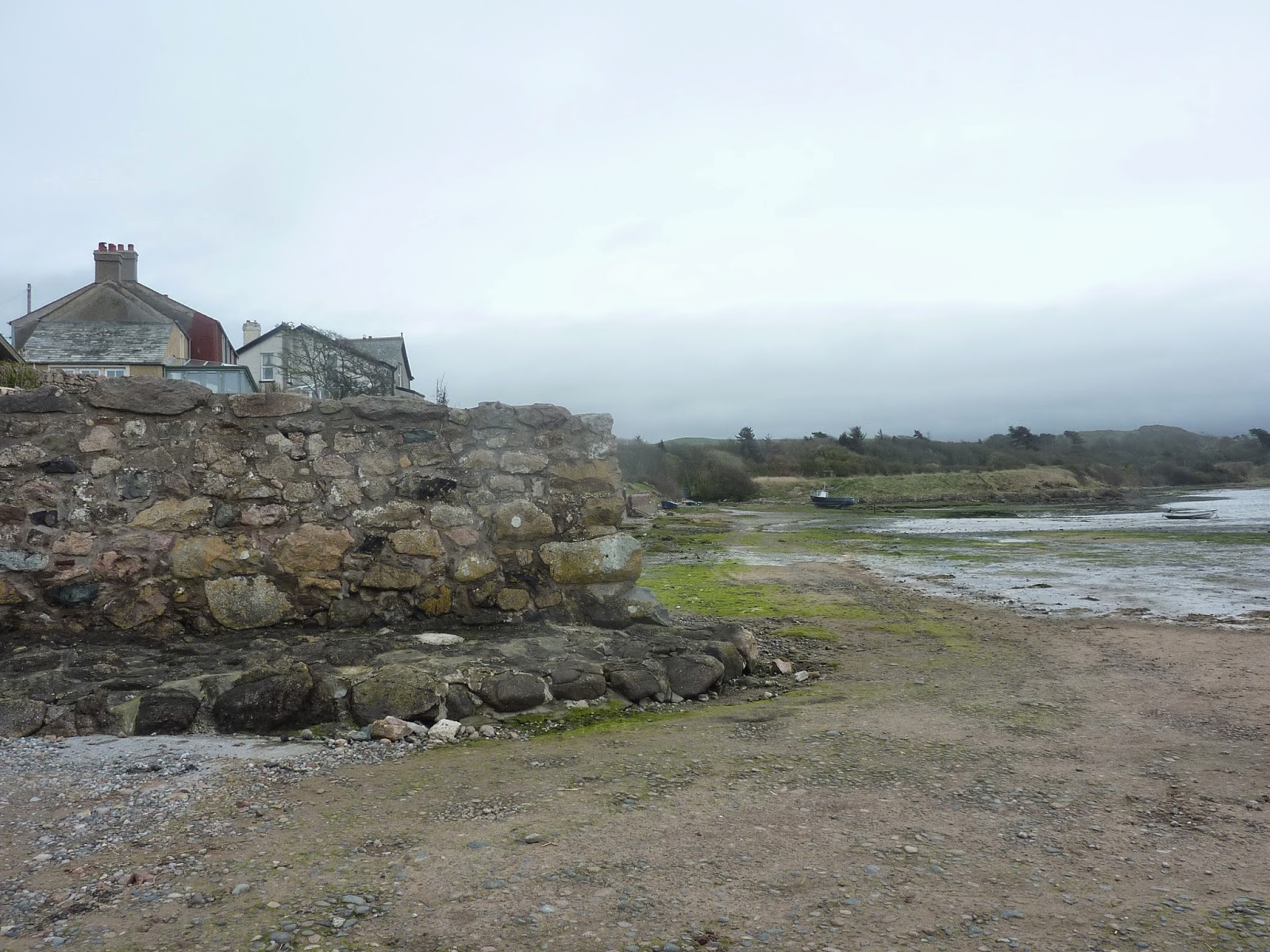 Meeting Neil led me to another encounter, this time with a very gifted local artist called Mark A. Pearce. I was lucky enough to be able to visit his studio, which has a fantastic position on the edge of the shore, and to find out more about the life of an artist - again very relevant to my story. Mark earned fame thirty years ago through acclaimed postage stamp designs, and spent many years in London amongst the glitterati before returning to West Cumbria. He paints superbly well, but he is also a graphic designer by background, and his prints are hugely impressive. I came across them in several locations over the course of the week-end and one day I'd like to acquire one of his works, as he really has a gift for capturing mood and colour.

And there's no shortage of mood and colour in Ravenglass. It's the home of La'al Ratty, a great little railway that attracts many enthusisasts, and Friday and Saturday evening saw me lured to the Ratty Arms, a pub converted from railway station buildings. Once again, recommended. And so, above all, are the Ravenglass sunsets. As good as anything I saw on my recent cruise in the Caribbean... 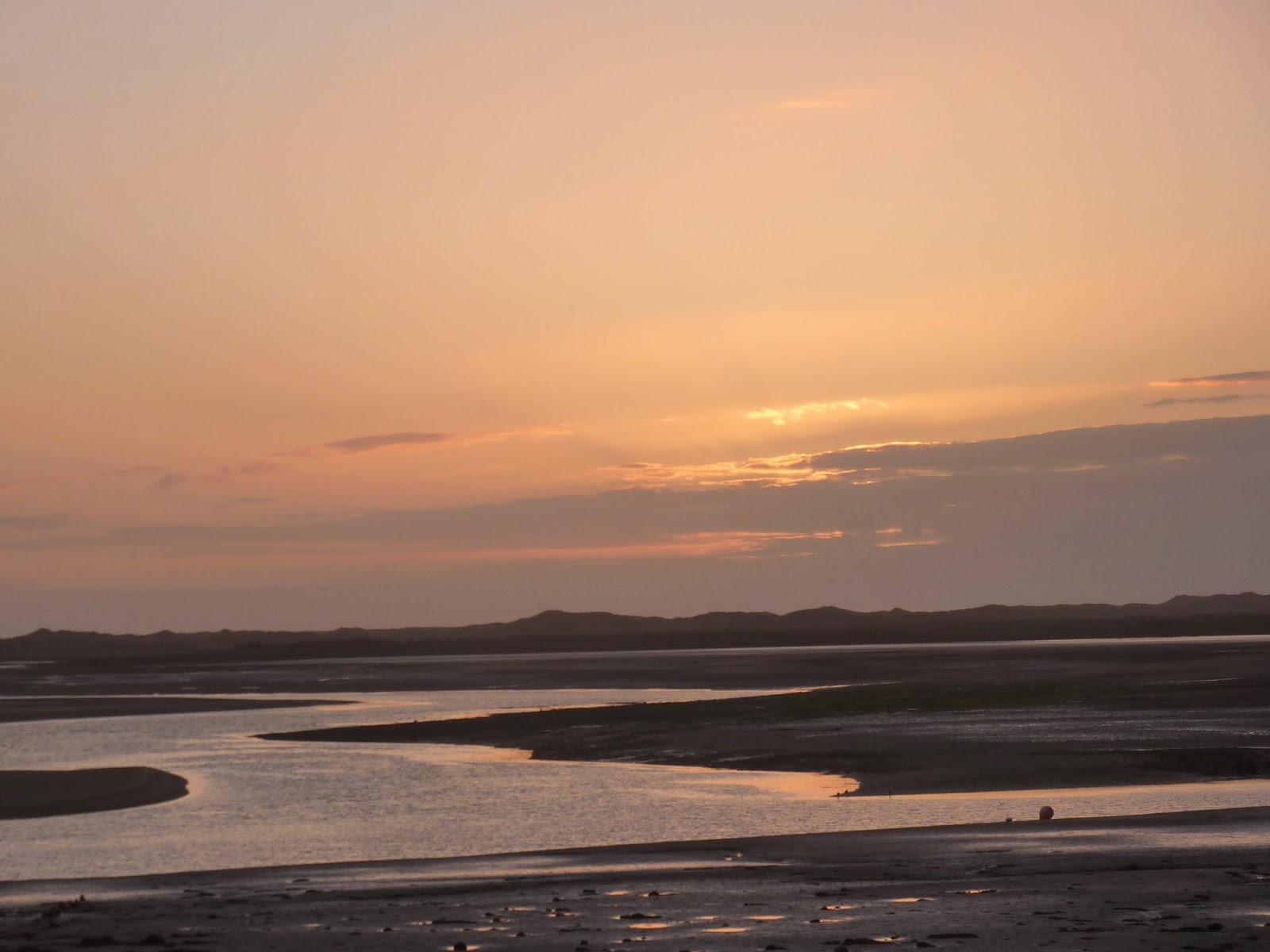 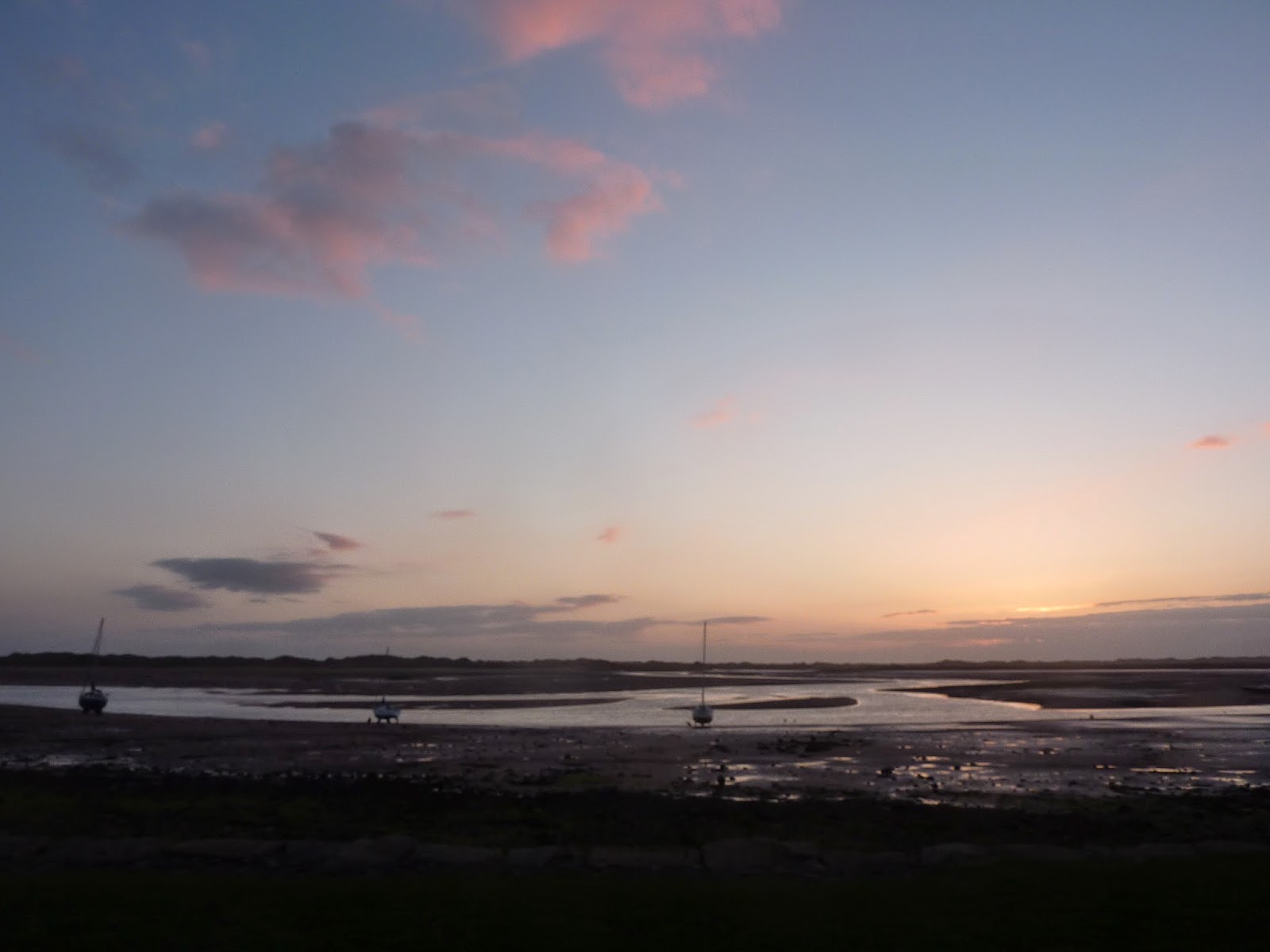 Martin - How very nice that you were able to spend some time in the Lakes. And all the better since it means a new Lake District novel. :-)