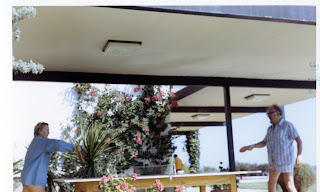 The arrival of certain publications through the post is always a cause for pleasure. A new novel by Peter Lovesey or Ann Cleeves are obvious examples; a new issue of Geoff Bradley's very long-running fanzine CADS is another. The latest CADS, number 86, has just come out. As usual, part of the joy of reading it is that Geoff offers such a varied mix of material. As you turn each page, you never quite know what you're going to find. But you can count on it being something interesting.

I did know in advance that there would be a piece of mine, a discussion about a Julian Symons novel, The Plot against Roger Rider. I discovered from the son and daughter-in-law of the dedicatees of the book that Symons based the key events in the story at a fictional version of a particular villa in Spain where they'd all holidayed together. By weird coincidence, my wife and her brothers also stayed in the same villa. And since writing the article I've discovered that the real life villa was called ‘Villa Rio Seco, Las Playetas, Benicàssim, Castellón, near Valencia’. The photo, kindly supplied by John Eden-Green, shows Julian playing table tennis at the villa. In his younger days he was a highly talented table tennis player and he published at least one article about the game.

One of the things I didn't expect to find was a review of my fourth novel, Yesterday's Papers, by Lyn McConchie, a New Zealander who discovered a copy in a charity shop. It's a book I'm very fond of, so I was pleased to see it described as 'a clever, twisting, excellently-written tale...The author did a fine job of depicting the sixties...there were no false notes.' To see a review in print like that, more than a quarter of a century after the book was written, is truly gratifying. This year sees the 30th anniversary of the arrival on the scene of Harry Devlin, and I'm delighted to announce that the first seven books are being relaunched: I'll talk more about this another day.

There are plenty of delights in the rest of the new issue of CADS, with contributions from Philip Gooden (on the under-estimated Nigel Balchin), Jamie Sturgeon, Philip Scowcroft, Arthur Vidro, Kate Jackson, Brad Friedman, Liz Gilbey, Marvin Lachman, Michael Wilson, Barry Pike, and many more. I've recommended CADS to many crime fans over the years and I don't think anyone interested in the quirky by-ways of the genre will ever be disappointed in it. You won't find copies in the shops, but Geoff can be contacted at geoffcads@aol.com

Since reading your welcome to CADS 85 I’ve contacted Geoff and received issues 85 and 84. The post yesterday lunchtime was exceptionally welcome with CADS 86 and I gobbled up John Jeffries article entitled ‘An Overview of John Dickson Carr’. Having recently purchased two more paperback editions of Carr’s novels, namely ‘Hag’s Nook’ the first Gideon Fell Mystery and ‘She Died a Lady’ a Sir Henry Merrivale mystery both published by Polygon Books. Add to these Carr’s novels as published by the British Library I will definitely be on the lookout for future Carr novels.
I found Jeffies article illuminating as it attempts to discover more about the person of a Carr through his novels and sets me the task of finding the novels referred to and read for myself.

David, I'm delighted that you're enjoying CADS - though not surprised, given its range and its excellence. Yes, Carr is great fun and his best impossible crime stories are terrific.

Great news about Harry Devlin - really pleased to read that!

Thanks very much, Juxtabook, and I'll be saying a bit more about the new editions soon!