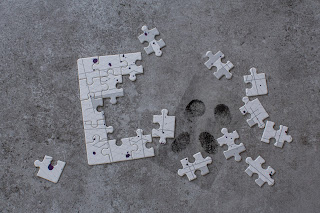 When I visited Shanghai in 2019 I spent a good deal of time in the company of my host Fei Wu, a Chinese crime writer who shares my great enthusiasm for the genre. At that point, he'd just produced his first interactive mystery novel, The Lost Winner. Now he's produced a follow-up called The Underground Game. I asked him to describe the story:

'On the early morning of Christmas, a metro line disappeared from the monitor of the transportation control centre. It never happened before so the operator was alarmed and reported the situation to his boss. Soon it was proved that the train was hijacked by someone. They also learned from the driver who escaped from the train that a bomb was set up somewhere in it.

In the meantime, the passengers on the subway were being ordered to finish a task before the train, which was on a loop line, returned to its starting place.

The order was given from the broadcasting system of the train and it was very strange.

"You need to find a victim who was killed at the station, otherwise you are in big trouble."

How could the passengers locate a victim they might not know at all?

Why was the train hijacked?

What's the relationship between the victim and the train?

When could the police save the passengers from the moving locked room?

In the box that comes with the story, you will find puzzle pieces. They are the clues left in the compartment by the suspect. The readers should play the role of passengers and try to solve the puzzle.

Again, as my previous book, each chapter is sealed in a pocket and more clues are hidden inside. The reader will find necessary clues or tools at the right places so they can approach the truth step by step by themselves, if they want to accomplish the challenges!'

Here's a bit more about Fei himself:

'Fei Wu, (born 1984) is a Chinese mystery and crime writer. He has a bachelor of physics degree from Fudan University and originally started working in technical sales. Before he made his mind to embark on a career as a professional writer, he worked in semiconductor industry for many years. In 2019, he became the first contributor to EQMM from China mainland, with a Christmas Eve story, 'Beijingle all the Way'. He is known for his creative idea of implementing interactive elements into mystery fiction. While reading his book, the reader can even build up the model of the crime scene with the tools and materials enclosed in the book. His first book The Lost Winner has gained a wide reputation for him since 2019.'