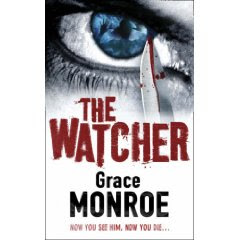 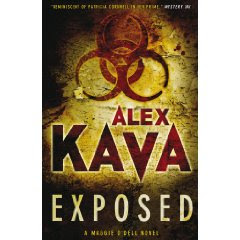 Here's a new idea for this blog. I come across plenty of interesting books, either just published or soon to appear, and today I'm going to give a quick preview of some that have caught my eye. I may review some of them more fully at a later date (I won't review every single one - definitely not enough hours in the day!) If the idea of an occasional or regular Saturday Selection of this kind appeals, do let me know.

The Watcher was published last month by Avon as a paperback original (a rapidly growing trend; my Dancing for the Hangman is the first paperback original I've produced) and it's written by Grace Monroe. In fact, the authorial name conceals a partnership between Maria Thompson and Linda Watson-Brown. It features Brodie McLennan and the discovery of a woman's corpse at the foot of Edinburgh Castle, with the message 'more will die' written on her naked body, and it's hailed as an example of 'Tartan Noir'. Brodie is described as 'a headstrong young lawyer'. One or two of them about in real life, let alone fiction!

The Scandalous Life of the Lawless Sisters, published by Faber, is a just-published book by Philip Ardagh. I know his work from his very entertaining and popular children's stories, including the Eddie Dickens books. My son is a big fan of Ardagh, and this book applies new captions to pictures from Punch of 1880. Looks good.

Exposed, by Alex Kava, is published by Mira in December. FBI criminal profiler Maggie O'Dell has to expose a killer 'before her time runs out'. The killer's weapon 'is a deadly virus, virtually invisible and totally unexpected.' I haven't read Nebraska-based Kava's work previously, and her reviews on Amazon are somewhat mixed (though there is, of course, a debate about the merits of Amazon reviews) but her sales are apparently very high, so she looks like someone to watch.

I've read Kava's A Perfect Evil. My comments at the time was that there was 100 chapters in a 400 page book (which made it fly by at least!) but the plot was extremely unoriginal. (I had a further rant in my comments but I've spared you those!)

I've never known you rant, Karen! The ultra short chapter has become very popular, thanks to James Patterson, but I'm in two minds about its desirability, I must admit.

Saturday selection sounds like a great idea, Martin. I'm always interested to find new authors. Not that I have enough hours in the day to read the books I already have, but still... can't have too much of a good thing.

Thanks, Lyn. I know that feeling...