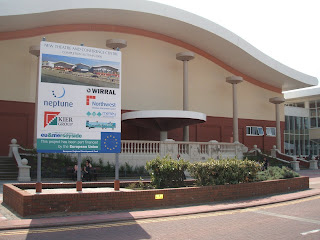 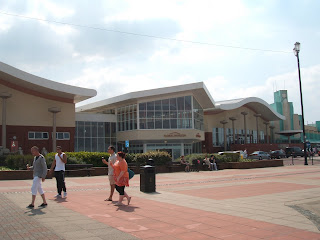 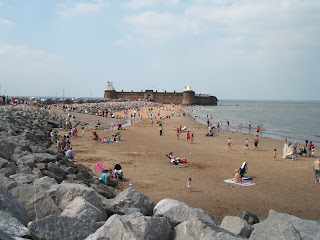 In the 1980s, I lived for eight years on the Wirral peninsula, not far from the seaside resort of New Brighton, which faces Liverpool across the River Mersey. Now it has to be said that New Brighton’s heyday as a tourist haven was about a hundred years ago, and in the 80s, it had a rather decayed feel. I tried to capture that in the opening chapter of my second Harry Devlin book, Suspicious Minds, but when the novel was at proof stage, I took the precaution of making a return visit to find that the place was being spruced up, and so I hastily modified what I had said about it.

Fast forward seventeen years, and I have just given a talk on Dr Crippen at the brand new Floral Pavilion. The idea was to have a couple of crime fiction events (by Margaret Murphy and me) to coincide with a week-long performance in the theatre of Agatha Christie’s play Spider’s Web, which has played to large and appreciative audiences.(The list of forthcoming attractions also impressed me – ambitious and interesting.)

I must say I was enormously impressed by the Floral Pavilion and by the ongoing regeneration of New Brighton. Of course, I was seeing them on a beautiful day, but even so it was great to see people on the beach at Fort Perch Rock a hundred yards or so from the Pavilion. I’m not saying New Brighton will ever replace Majorca as a sun-seeker’s paradise, but the past-it atmosphere that struck me twenty-odd years ago is now itself clearly out of date.

Incidentally, Crippen had a connection with New Brighton. Apparently he gave a lecture there in 1907 about one of his supposed medical cures. Maybe they ought to put up a plaque to record the historic association. But on second thoughts…..