Last year, I was contacted by Rupert Heath, who is a well-known literary agent. His clients include such bright stars in the firmament as A.K. Benedict, a guest blogger here a while back. Rupert explained that he was setting up Dean Street Press - a new publishing company that aimed to revive a host of worthy books from the past, including some recent titles -and we have kept in touch since then. Now, I'm glad to say, Rupert's plans have come to fruition..

I'm especially pleased that DSP is making available once again the books of Tim Heald. They will be in ebook format, and this is good news for those of us who enjoyed Tim's novels about Simon Bognor when they first appeared, as well as for those yet to encounter them. It's easy to forget now, but the books were such a success that they reached the TV screens, with David Horovitch in the title role. In all, 21 episodes were screened. 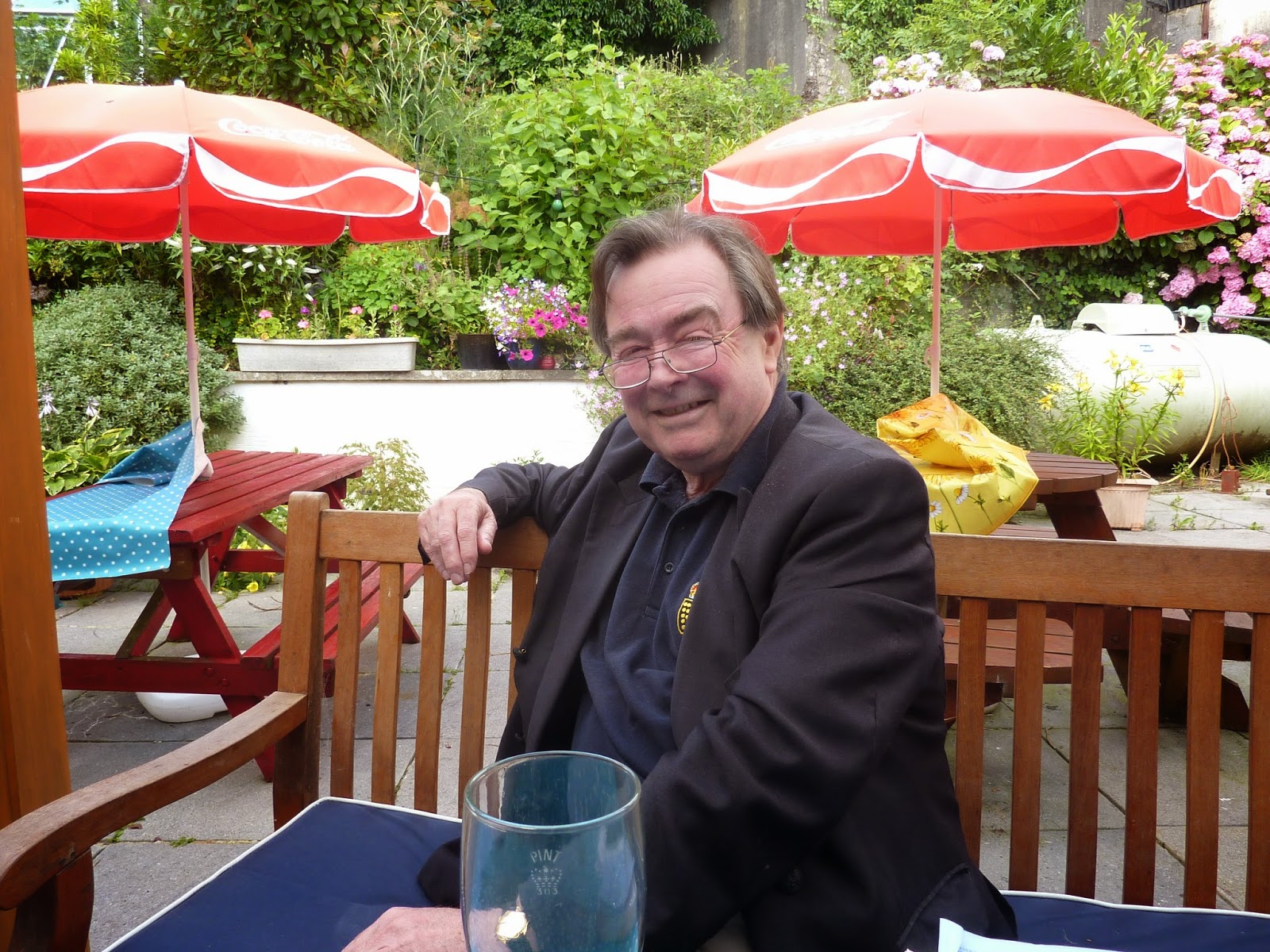 By a happy coincidence, I was with Tim and his wife just over a week ago, at the CWA conference in Lincoln. The last time we met was at the most bizarre book event either he or I have ever attended - the unforgettable Kidwelly Festival - the photo was taken as we recovered over a drink, back at the hotel. Tim has not enjoyed the best of health in recent times, but I'm sure that the return of Bognor will give him a real boost. And DSP will at a later date be reissuing his Tudor Cornwall novels, and also his cricket books.

In the meantime, DSP have already brought out Stella Bingham's book Charters and Caldicott. These were the wonderful characters created for Hitchcock's The Lady Vanishes. Oddly, they didn't appear in the source novel for the film, Ethel Lina White's The Wheel Spins. The Bingham book dates back thirty years, to the time of the TV spin-off series featuring the two men.

Going further back in time, DSP have also published ebook versions of two crime novels which were put out originally under the name of George Sanders, although I understand that the ghost writers were Craig Rice and Leigh Brackett respectively.The titles are Crime on My Hands and Stranger at Home,and I'm looking forward to reading them.

The good news doesn't end there. I'm delighted to see that DSP are planning to issue several Golden Age mysteries, and although the majority of these are likely to be in ebook only format, there will also be print editions of two early novels by Ianthe Jerrold; these titles will also include intros by Curtis Evans. Jerrold, a founder member of the Detection Club, only published books sporadically throughout her long career, occasionally under the pen-name Geraldine Bridgeman, and she faded from view long, long ago. .

And there's more to come from DSP at a later date. There will be a number of books by E.R. Punshon, featuring Bobby Owen, and it will be splendid to see more of his work readily available again (Ramble House in the US have done sterling work in producing paperback editions of a few Punshon titles, but he was much more prolific than Jerrold.) Two other authors to be featured by DSP, Annie Haynes and Harriet Rutland, are even less well known than Jerrold - they weren't even particularly renowned in their day. I know little about Haynes, but Rutland was a writer who impressed Dorothy L. Sayers..

All this is a reminder that new publishing methods are unlocking a host of long-neglected crime novels. Yes, we are overwhelmed with choice, and no, we can't read every book. But it's wonderful to have the opportunity to pick out titles we like the look of - a luxury denied to previous generations where the books in question were out of print. I'll be blogging about some of the other publishing newcomers before long, but in the meantime, I am delighted by Rupert's initiative.
Posted by Martin Edwards

Bravo. Bravo to the new publishers who are willing and eager to bring back these authors for a new generation. I know very few of the names here, but I'm looking forward to reading some of them.