Burgh Island and a Day to Remember 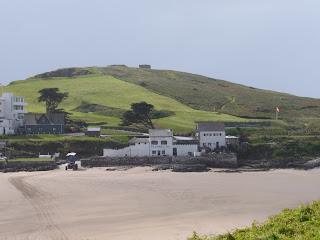 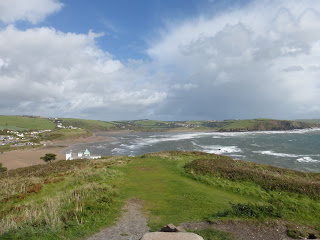 I love islands, and this, combined with my love of Agatha Christie's books, means that for many years I've harboured the ambition to visit Burgh Island, off the coast of Christie's native Devon. It's a small tidal island with a fantastic Art Deco hotel where she stayed, as did many celebrities of her era. Burgh inspired Evil Under the Sun and also, though less directly, And Then There Were None. The Peter Ustinov film of Evil Under the Sun was not filmed on the island - at the time, the hotel had ceased to function as a hotel, and it seems to have operated as a sort of very upmarket holiday camp. But the hotel was restored, and provided the setting for the David Suchet version of the story. These days it's very luxurious - so much so that an extended stay was financially out of the question. But when I was invited to the Agatha Christie Festival in nearby Torquay, I resolved to stay on Burgh the night before. 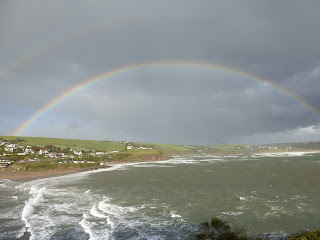 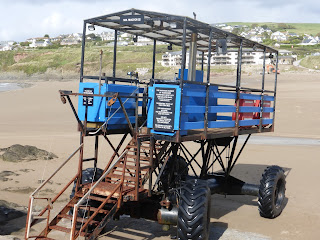 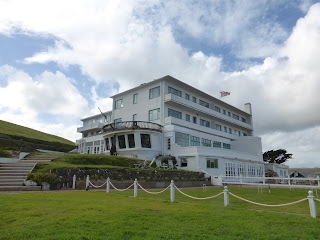 My excitement mounted when news came from the hotel that a tropical storm was forecast for the night of my visit. What could be more atmospheric? At low tide, you can walk across the sand from the mainland to Burgh, but at high tide there is a sea tractor, an elaborate and rather rickety-looking contraption, which ferries people back and forth. However, the storm meant that the sea tractor would be unsafe, so it was essential to get there in time for luggage etc to be taken across the sand before the water came in. 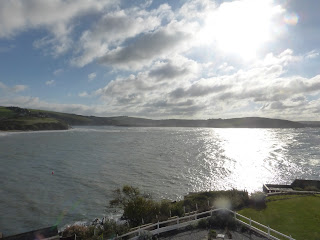 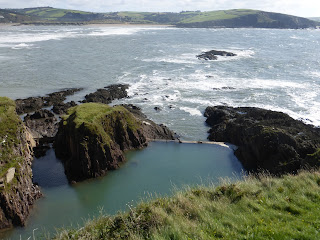 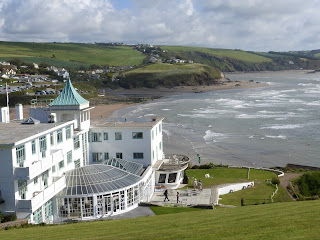 In order to break the journey, I stayed overnight in Somerset. A good idea in theory,but it proved disastrous in practice, as the hotel's breakfast cafetiere exploded, showering me in hot coffee, an incident that led to my being covered by ice packs for an hour. However, I hated the idea of giving up on Burgh, and it was actually easier to soldier on and drive there than go all the way home. And am I glad I took that decision! 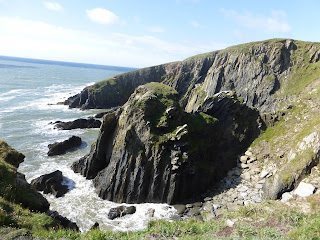 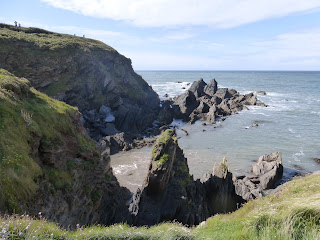 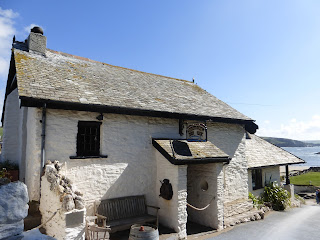 The island was wonderful, and so was the hotel - my room was one used for filming Evil Under the Sun, which was a real bonus. Truly a glimpse into how the other half live. The storm didn't really materialise, but a fantastic rainbow decorated the early evening sky, and the next morning was brilliantly sunny. Mind you, fellow guests may have been rather spooked by the sight of a mysterious disfigured stranger at dinner. Never mind. It was a truly unforgettable occasion, for all sorts of reasons, most of them very pleasurable indeed.. 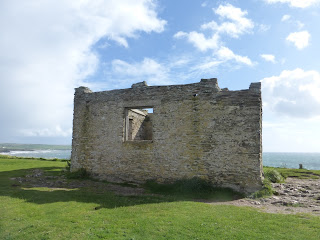 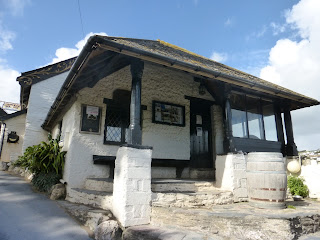 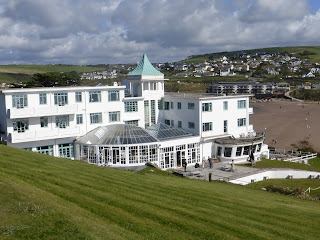 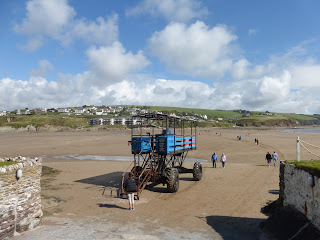 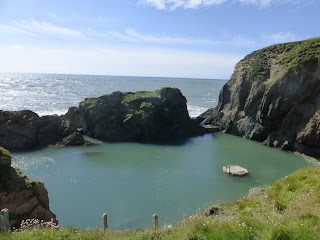 Somewhere I have always wanted to visit but never managed t fit in Martin. I can just imagine the atmosphere as the tropical storm approached. Lots of ideas for stories came to you no doubt. I hope you enjoyed the festival. I would really enjoy it if I were ever fortunate enough to get there. Thanks for sharing such fabulous photos - what a place, what an adventure!

Thanks, Jane, and I hope you get there one of these days. It's definitely worth visiting even if one does not stay overnight. The ancient inn is very atmospheric and open to non-residents.

Thanks for the write-up and photos. I long to visit one day. Hope you've recovered from the exploding coffee incident - that sounds very nasty.

Thank you so much for your write up and the fabulous photos. Now I want to go and see if I can find the DVD of Evil Under the Sun with David Suchet! Would love to get there some day - Iam in Canada so England is definitely on my bucket list.

Helen, thanks. I'm sure you will enjoy Burgh when you get there. Glad to say I'm very much on the mend.

Hello, Donna. It was on my bucket list too! Definitely worth a trip for a Christie fan!

What an adventurous time you had, Agatha would be proud of you! I went there once, a good few years back, and one night was all we could afford (and all the time we could arrange away from our children) but I am determined to go back sometime, now that it should be easier to manage. I'm glad it's still there waiting for us....